Emilio Estefan is a Cuban-American, of Syrian, Lebanese, and Spanish ancestry, musician and producer who has won 19 Grammy Awards. Estefan first came to prominence as a member of the Miami Sound Machine. He is the husband of singer Gloria Estefan and the uncle of Spanish-language television personality Lili Estefan.

Emilio Estefan has shaped, developed and directed the careers of many superstars in the music industry. He has produced various events for both general market and Hispanic market television. These events include: The Latin Grammy’s, The Hispanic Heritage Awards, Nuestra Navidad, and high profile productions on HBO and Showtime. He has also produced many musical events at the White House. 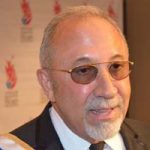 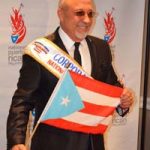 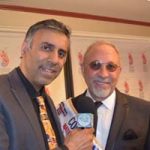 Gloria and Emilio Estefan own a number of business establishments, including several Cuban-themed restaurants (Bongos Cuban Café) (Larios on the Beach). The restaurants are located in Miami Beach, downtown Miami (part of the American Airlines Arena), at the Seminole Hard Rock Hotel and Casino in Hollywood, Florida, Walt Disney World’s Disney Springs in Orlando, Florida, and in Miami International Airport. They also own two hotels: Costa d’Este in Vero Beach which opened in 2008, and The Cardozo in Miami Beach. See More Latino  Legendary Musicians .

The Estefans’ estimated net worth as of 2011 was approximately $700 million, according to an article in People en Español magazine.Check out Worlds Richest Latino here.

In June 2009, Estefan and his wife became the first Hispanics to buy a minor ownership stake in an NFL team, the Miami Dolphins. 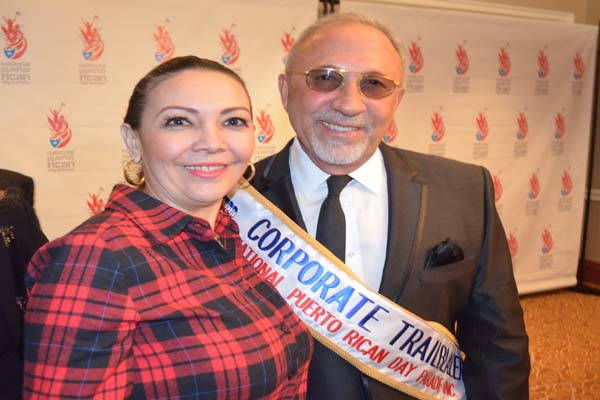 In 2002, he was appointed to the President’s Committee on the Arts and Humanities by President George W. Bush. Among the many awards and honors Estefan has received, are honorary doctoral degrees from Barry University, the University of Miami, Florida International University and the Berklee College of Music. He also received the Sammy Cahn Lifetime Achievement Award by the Songwriters’ Hall of Fame and the Ellis Island Medal of Honor, in 2009. In 2005, Estefan received the BMI “Songwriter of the Year” award and a star on the Hollywood Walk of Fame. At the Latin Grammy Awards of 2000, he received the award for Producer of the Year for his work on the albums Ciego de Amor by Charlie Zaa, El Amor de Mi Tierra by Carlos Vives and the song “Da la Vuelta” by Marc Anthony.

In November 2015, President Barack Obama awarded Estefan, along with his wife Gloria, the nation’s highest civilian honor, the Presidential Medal of Freedom.