My Way!  It`s a song which Jose Sulaiman adored, and it`s the way he lived his eventful life.
No one who really knew Jose Sulaiman can ever again hear that tremendous song,  without a myriad of such happy memories,  tinged with the bittersweet sadness that he`s no longer with us. 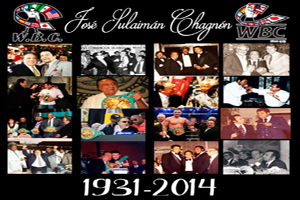 It`s rather apt that the launch of this  book: “Lo Hizo A Su Manera,” which seems to cover at least four very full and busy lifetimes of one man, is being held in the Four Seasons Hotel, in Mexico City.  It`s a quadruple testament to a fantastic human being,  who inspired so many people in so many places, in so many significant ways.

The son of immigrants from Syria and Lebanon Jose Sulaiman, who was born in Mexico,   developed an absolute determination to fight racism wherever he encountered it, and to succeed, following his own chosen path. 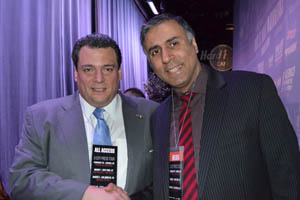 Characteristically, his very first action after being unanimously voted in as President of the World Boxing Council in Tunis in 1975, was to expel South Africa from the WBC.

This courageous and single minded stance against repulsive apartheid, years later won him a special UN Award and the admiration of Nelson Mandela, who after 28 gruelling years in prison and his famous long trek to freedom, culminating in the Presidency of South Africa, invited the WBC to hold its thirty sixth Convention in Johannesburg in 1998, delivering that now famous opening speech. 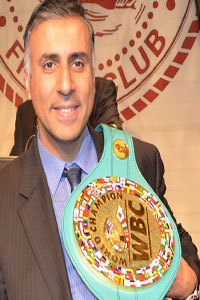 WBC One  Million Dollar Emerald belt given to Floyd Mayweather

As a youngster Jose Sulaiman`s only way into to the World of cavernous boxing stadiums, was to take off his shoes, remove his  socks, climb up into the ring, roll up his shirt sleeves, and take part in one of the appetiser fights.  Don Jose chuckled, as he honestly remembered that he probably didn`t win that first fight. But he was a lot faster than his opponent in scooping up the festooned loose change, which was directed at and had carpeted the canvass, from an appreciative audience.

Worried what Mum and Dad would say about his boxing, he told them a broken jaw had resulted from his other sporting passion…baseball! 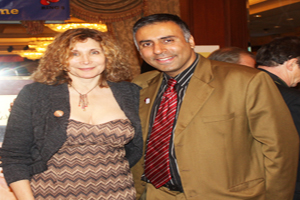 Many aspects are so memorable about Don Jose.  His happy and joyous laugh.  He just loved a joke, and was wonderfully sociable and easy going with everyone.   He met Kings, Popes multi-millionaires.  But was equally happy chatting with an ordinary Joe in the street.

Don Jose fought a long and triumphant battle to bring boxing back to terrestrial television, prizing it away from the selfish grasp of vested interest.  He insisted boxing was a sport of the people, for the people and it rightfully as well as forever belongs to them.

Don Jose brought out qualities in many different people.  In a rare moment of candid and rather surprising introspection, one cynical and grizzled politician blurted out: “Don Jose somehow brings out the best in me.  He makes me feel and want to be a better person than I actually am.” 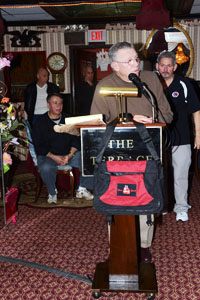 Many people who knew Don Jose, relate stories of how he helped them.  As the years unfold, more and more acts of unheralded kindness and unmentioned generosity emerge, which bettered lives and sometimes actually saved them.

Don Jose, so admired fighters. They truly were his pride and joy.  He often mentioned how Raul “Raton” Macias, packed out stadiums with more than fifty thousand fans in the 1950`s, well before the advent of widespread television ownership, and all the sophisticated publicity offspins.

Raul was an idol for Don Jose, but also a very dear and longstanding friend.  The two men and other friends breakfasted together each Saturday morning for many years.

Any book about Jose Sulaiman can`t fail to mention how he was loved by his WBC family and adored by his close and immediate family.  Often taking calls in the middle of the night from the other side of the World, listening to managers, promoters, boxing commissioners….the list goes on.  One of his sons smiled as he told me: “What other Wife would be making a meal for her Husband at 3am in the morning?”

Being President of the largest and most extensive boxing organization in the World, means you`re wedded to the work, as well as your Wife.  It becomes your very life!  Mauricio who was also unanimously elected President, has a packed back to back agenda 365 days a year.  Yet he had the very best teacher in the World.  And now Mauricio applies his own dedication and diligence plus sheer hard work, to guarantee that the World Boxing Council continues to grow, move forward and further develop.

This book catalogues and lists the amazing achievements and innovations of Don Jose, who was always steadfastly determined to improve the safety of boxers.

Characteristically, and towards the end of his life, Don Jose worked ever harder to insure former boxers who`d fallen on hard times, wouldn`t starve or be: “Talking to walls and ducking imaginary blows.”

He enlisted the help of Telmex, and a million dollar auction by quality Swiss watch maker Hublot to set the fund raising ball rolling.

This truly great but very kind, personable and approachable man is becoming a legend, and the introduction of this book tonight, adds another special chapter to that.

Strange to say, but it`s a great pity he`s not here in person to enjoy it. There`s still so much left to discuss, which will now forever remain unsaid.   I never got the chance to properly ask him about his lifelong hobby of photography and a collection of extraordinary images from all around the world.

Over the years and at the many meetings, you often used to feel a hand lightly placed on your shoulder and looking up, it would be Don Jose with a proffered handshake and that winning smile, on his way to his chair.

Of course today May 30th is the eighty fifth anniversary of Jose Sulaiman`s  birth.  The life which followed, changed the World of Boxing profoundly, beneficially and forever. 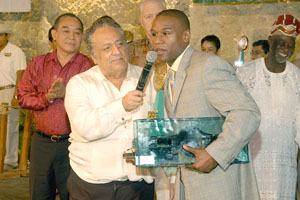 World Liberty TV, Executive Producer ,Dr. Abbey had the pleasure of Meeting Mr Sulaiman on a couple of occasions ,and really wanted to honor his great legacy as a Boxing Board Head, Philanthropist, Humanitarian and a great person who left a great legacy for the World.

We are very happy to see his son Mauricio Sulaiman as  the President  of WBC, Who to is doing a great job in his right, but he has a long way to go to establish his self ,to catch up to his father who did it his way, see Mauricio’s Interview in World Liberty TV Boxing Channel  and a wonderful testimonial  .