The 65th U.S. Army Infantry Regiment –also know as el sesento y cinco de infanteria, originated as a Puerto Rican outfit in the form of the battalion of Porto Rican volunteers (May 20, 1899) in the.

aftermath of Spanish-American war 1898.In 1908 ,and by then a regiment ,the unit officially became part of the U.S. Army .It came to be known as the Porto Rican Regiment. During WWI the regiment was sent to the Canal Zone  in Panama.in 1920,the unit’s name changed to the 65th Infantry Regiment ,U.S. Army . 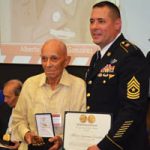 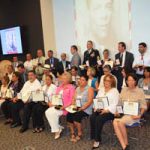 The 65th Served in North Africa and Europe during World War 11 .Military authorities ,reflecting the racial prejudice of the time ,kept the regiment far from the front. The military followed a policy of racial segregation in which combat roles ,with few exceptions ,were reserved for white troops. This policy had unintended consequences .As the 65th was kept from combat it underwent all kinds of traning and its men and officers dutifully prepared for war. By WW11’s end the 65th was a superbly trained and well –disciplined combat regiment. 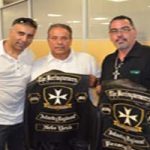 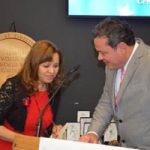 On June 24,1950 ,war broke out in Korea. An  unprepared  U.S. military was hard-pressed for battle ready units.The 65th was mobilized and ordered to Korea. The Borinqueneers, as the men of the 65th were known, were going to war as first –line combat troops. Once in Korea ,the 65th performed admirably. 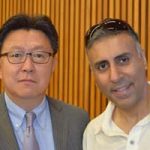 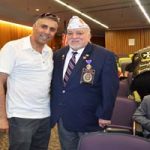 The Actions of the Borinqueneers during the first half of the war elevated them to iconic status-living proof of what Puerto-Ricans could do when given opportunity ,showing they were second to none, inferior to no one. Then ,tragedy struck. The replacement of highly trained ,combat-hardened troops with poorly trained-yet enthusiastic –recruits who spoke little English, an acute dearth of bilingual sergeants; and new continental officers that did not speak Spanish led to tragic events during the battles of Outpost Kelly  and Jackson Heights in the autumn of 1952.In the spring of 1953,the Army integrated the 65th with continental troops and redistributed to other units the excess Puerto-Rican troops. 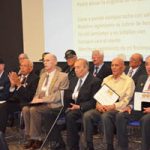 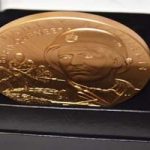 Congressional Medal Given to Honorees

In 1954 the 65th returned to Puerto Rico .The Island had its regiment back, but not for long.It was deactivated in 1956.Colonel Cesar Cordero,who had led the 65th during the tragic battle for Outpost Kelly , led a campaign that culminated with the reactivation and transfer of the 65th from the Army to the Puerto Rico National Guard in 1959-where it continues to serve to this day. See More about The Borinqueneers.