“Feisty, unapologetic, insomnolence and YES, controversial. Like most others, I started from scratch. I was kid back then trying to make it through this harsh world, and a much harsher fashion scene. But with the help of the almighty, a mentor and off course, much hard work, I finally made it. I’m a fashion rebel which just mirrors my personality. I don’t think of things for the present, it always has to be in the future, which also helps me to be Avant-Garde. I’m a person who really wants to respect everyone and every culture, but unfortunately, I ended up breaking all the Taboos. I am most of the time a person enjouée, and I always make people laugh, but in the other hand, I fear crowds and most importantly, I love to surprise people.” – Rocky Gathercole , Metrovelvet 2011. Designer Rocky Gathercole with his models

Rocky Gathercole, an ardent, plucky, provocative fashion artist, exudes his dazing ideas into his Avant-Garde designs. A highly aggressive fashion designer with a taste for the unalike, Rocky continuously stage inimitable works of art on the vogue runway. Rocky Gathercole has made a niche in Dubai and Saudi Arabia for more than 20 years now. And he has now brought his amazing and atypical designs back to the Philippines. 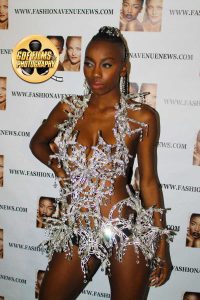 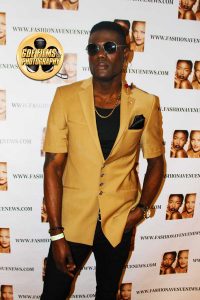 Started humble beginnings in Pasay City Philippines, and made a career move that would launch him further in the fashion world, he then moved to the Middle East joining Calash Haute Couture and quickly made great impressions that would turn heads by leading designers, models and artists.

Fashion works described by critics as

“Moving art on the runway”

“Astonishing, a sight for sore eyes” 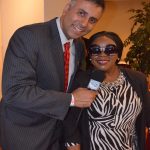 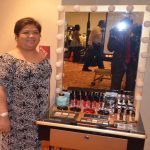 Rocky Gathercole has taken part in the International Miami Fashion Week getting lauding reviews. He was invited to feature his collections in several fashion shows including in New York.

The future holds no borderlines for fashion extraordinaire Rocky Gathercole and is starting to break in the wedding scene with some of the most unique and dazzling wedding gowns in the world.