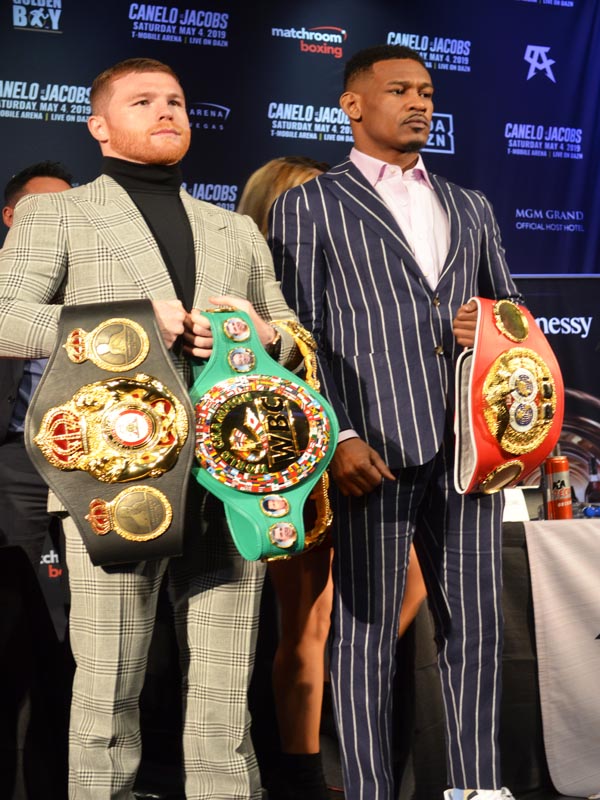 The champion-vs.-champion event will take place at T-Mobile Arena in Las Vegas Saturday, May 4 and will be streamed live exclusively on DAZN.

CANELO ALVAREZ, WBC, WBA, Lineal and Ring Magazine Middleweight World Champion: “I’ve always liked challenges, and this is not an exception. We know what Daniel Jacobs brings: his ability, his qualities, his talent. He knows how to move well in the ring.

We’ll do what we always do to prepare ourselves to the fullest and to give the fans a great fight. This is not going to be an exception and we’re going to come out with our hands raised.” 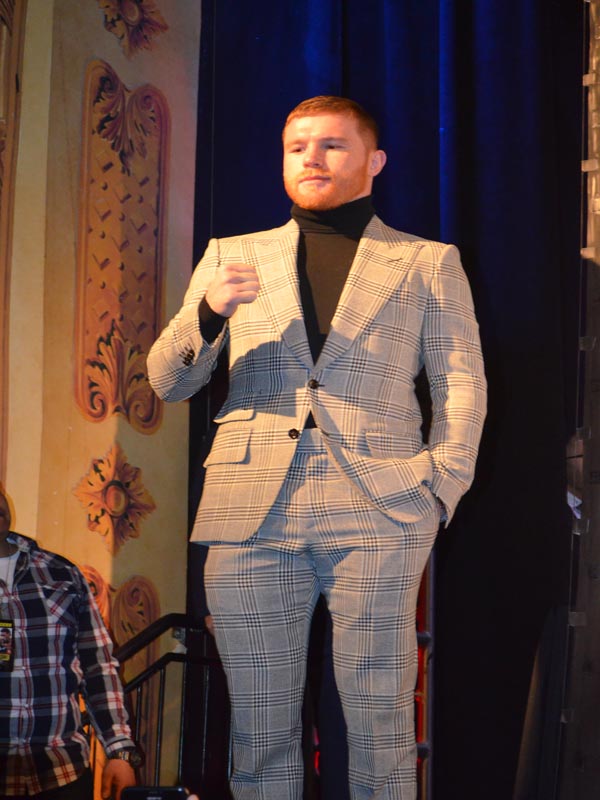 “We know his style is going to be very difficult, very complicated, but at this level, that’s what you have to face. We’re prepared, we’re going to train, and we’re going to work for whatever he’s going to bring.”

“Anything can happen. We’ll go in there looking for the knockout but prepare for the 12 rounds, expecting the unexpected. We’re ready for it.” 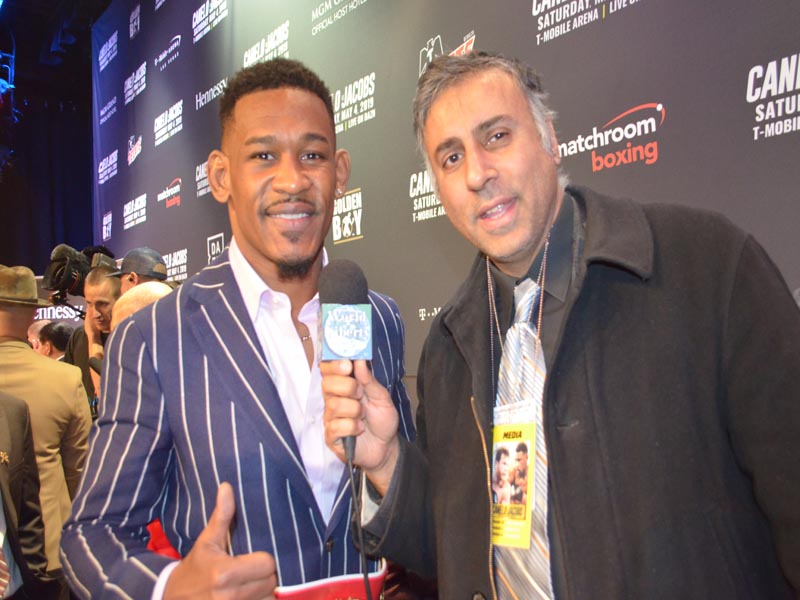 DANIEL JACOBS, IBF Middleweight World Champion:  “Much respect to Golden Boy and Canelo for accepting this fight. You’re a true champion and stepping in with another champion says a lot. I tip my hat off to you but I’m looking for a tremendous fight for the fans. Obviously my legacy is on the line. His legacy is already well-established so, for me, it’s about capturing all the titles and solidifying my legacy for my own right.”

“I never ever had it easy. I always had the long road, had to jump over hurdle after hurdle after hurdle, and when I step into the ring May 4th, that will be the last hurdle I ever have to step over because I will be declared the unified middleweight champion of the world. We have worked so hard for this moment.” 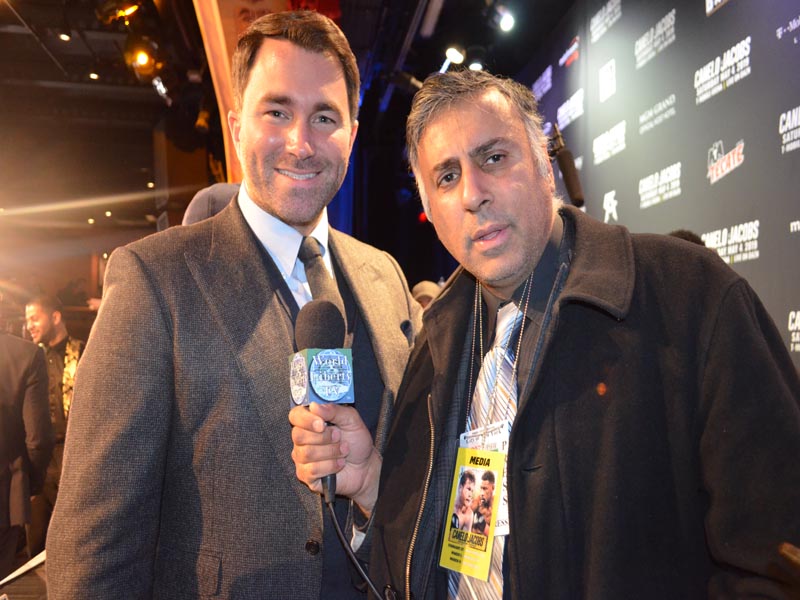 If you understand, boxing styles make fights. You can’t automatically think that because he defeated Golovkin, he’ll beat me. Physically I’m the bigger man. Golovkin was bigger than him and I’m bigger than Golovkin. Rocky was the biggest fighter that Canelo has faced, but he didn’t possess the skill set that I have. So, that’s the difference.”

OSCAR DE LA HOYA, Chairman and CEO of Golden Boy Promotions: “This fight is important because it will feature two world champions who will unify their titles to demonstrate who is the best at 160 pounds. This battle is also significant because it features two of the most resilient fighters in the history of the sport.” 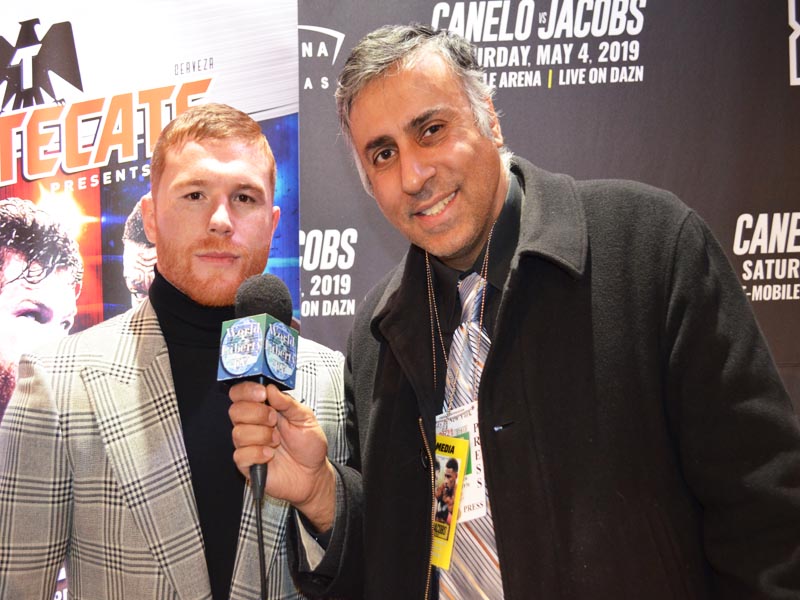 “The best part about this event is it will be streamed live on DAZN. With DAZN, you can watch anytime, anywhere. Together with DAZN, we’re committed to making boxing more accessible and affordable for all fans, without the price of pay-per-view.”

“May 4 will be a historic night for Golden Boy and we expect a great performance by our champion Canelo as he delivers a great victory.” 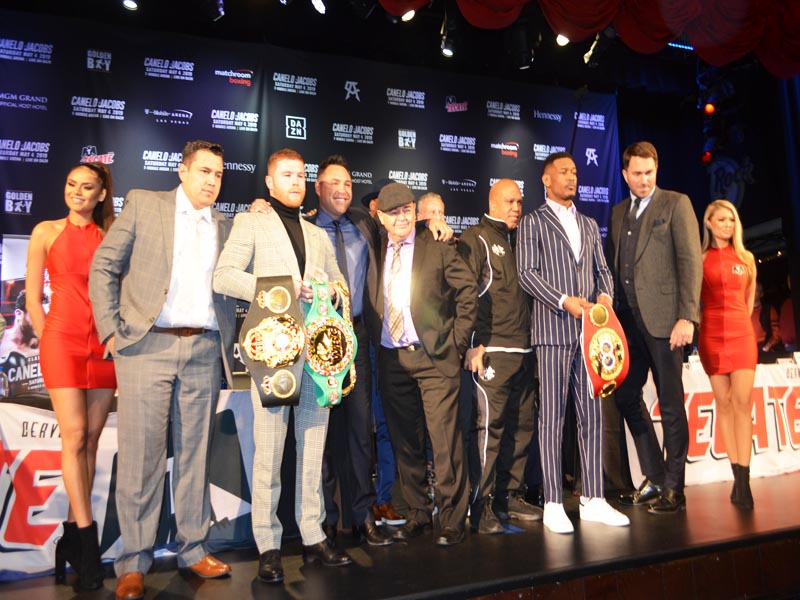 Boxing Team Managers for both camps

EDDIE HEARN, Managing Director of Matchroom Sport:“This is an amazing moment for DAZN and fight fans. For a long time, you’ve been paying a lot of money for the super fights and that’s really about to change.”

“For a long, long time since we signed Daniel Jacobs, he has told me three special words: ‘Bring me Canelo.’ And on May 4, he finally has the chance.” 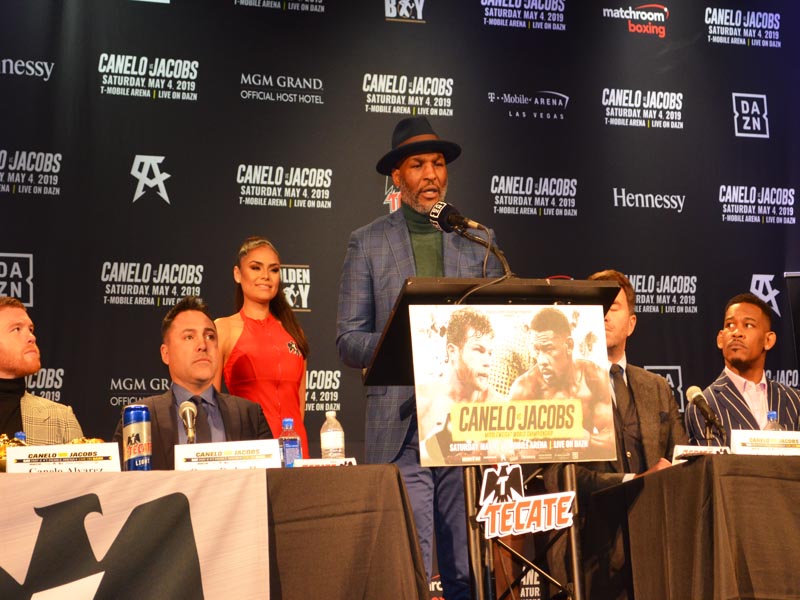 “I have never been so confident in a 50-50 fight. I believe this young man walks with faith and I believe on May 4th, he will become the unified middleweight champion in the world. Faith is a wonderful thing and when you combine it with talent, you can’t beat it.”

Canelo vs. Jacobs is a 12-round fight for the WBC, WBA, Lineal, Ring Magazine and IBF Middleweight World Titles presented by Golden Boy Promotions in association with Matchroom Boxing. The event is sponsored by Tecate, “THE OFFICIAL BEER OF BOXING” and Hennessy “Never Stop. Never Settle.” The event will take place Saturday, May 4, 2019 at T-Mobile Arena in Las Vegas and will be streamed live exclusively on DAZN. 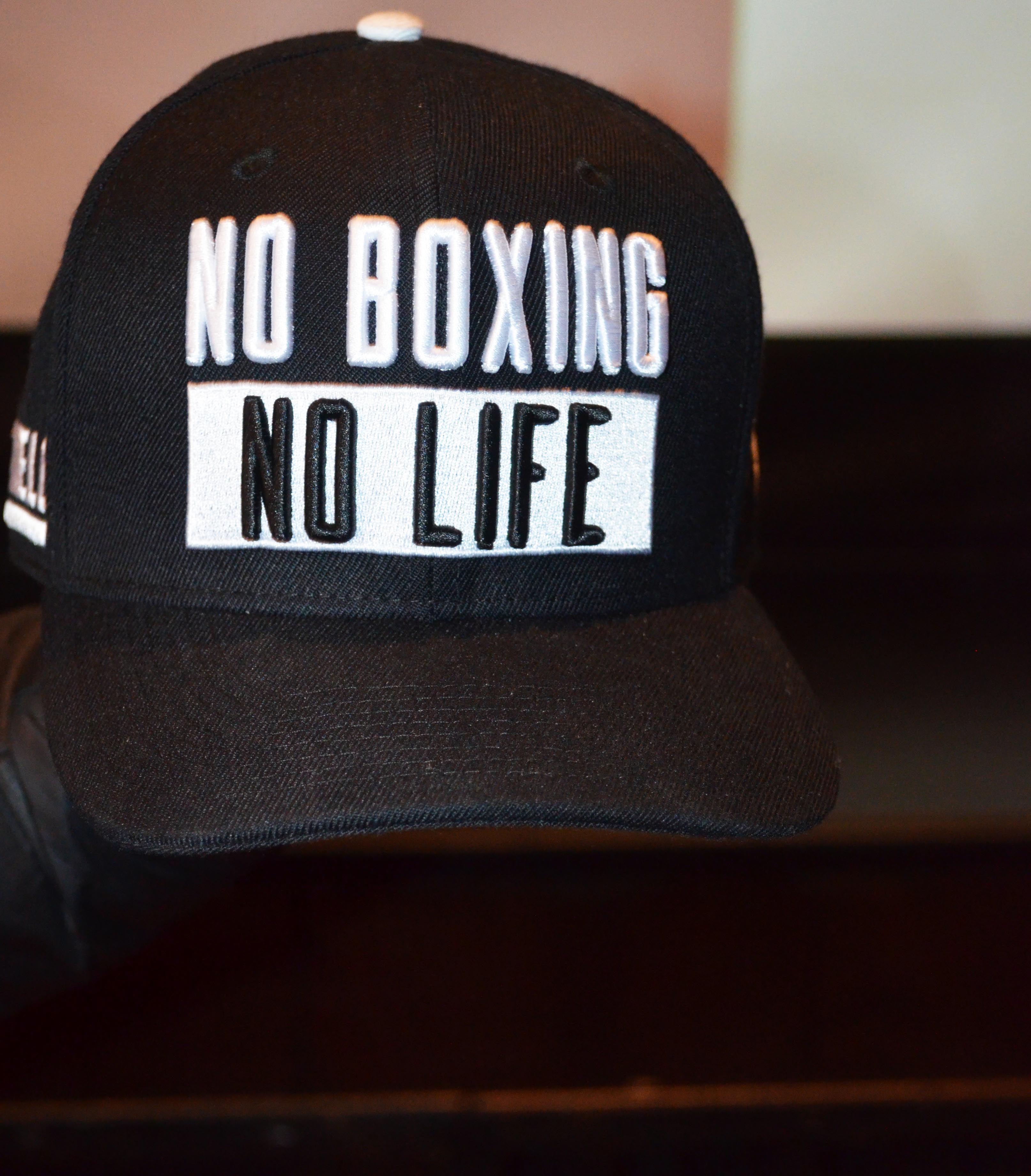 The Hat Says it all