The Global Fine Art Awards (GFAA) celebrates art and culture by honoring this year’s 85 Nominees and crowning the 15 Award Winners today at the 4th Annual Award Ceremony and Gala.  The black-tie gala was held at 583 Park Avenue, a historic New York landmark.

The ceremony was presided over by the GFAA Advisory Board and Judges – Founder and President, Judy Holm; Advisory Board Chair Lawrence Shindell; and Honorary Chair Hedva Ser, Paris-based UNESCO Goodwill Ambassador and Special Envoy for cultural diplomacy, promoting cultural diversity, intercultural dialogue and a culture of peace through art. The master of ceremonies was Peter Trippi, member of the GFAA Executive Committee, and Judge Emeritus. Trippi is editor-in-chief of Fine Art Connoisseur magazine. 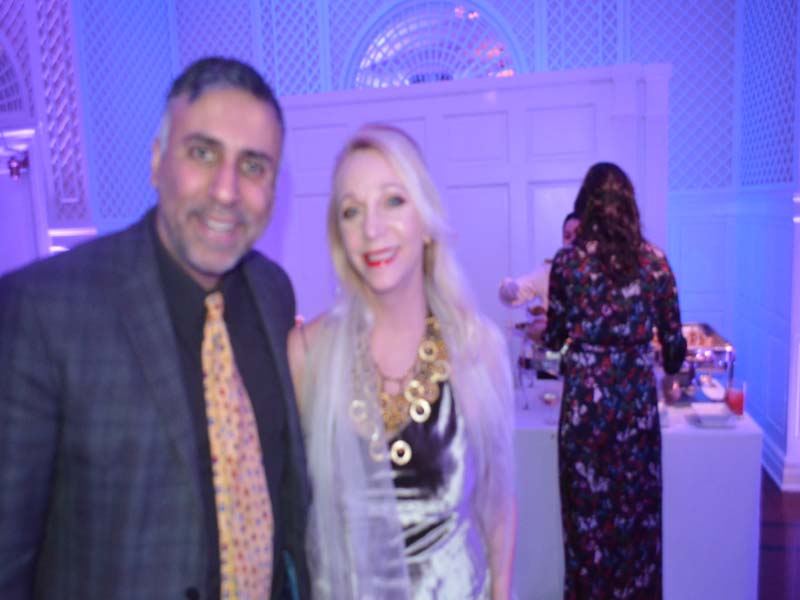 The ceremony, open to the public, was attended by over fifty VIPS, including more than thirty of this year’s Nominees. The GFAA program highlights the link between artists and their creations, the galleries that represent them, curated shows from the gallery, public art and museum worlds. This year, eleven galleries exhibiting at the concurrent Armory Show, a cultural collaborator of GFAA, represent more than fifteen 2017 GFAA Nominees including: Yayoi Kusama, Kerry James Marshall, Andy Goldsworthy, Jaume Plensa, Ana Mendieta, Wifredo Lam, Alexander Calder, Pablo Picasso, Irving Penn, Ai Weiwei and William Eggleston. 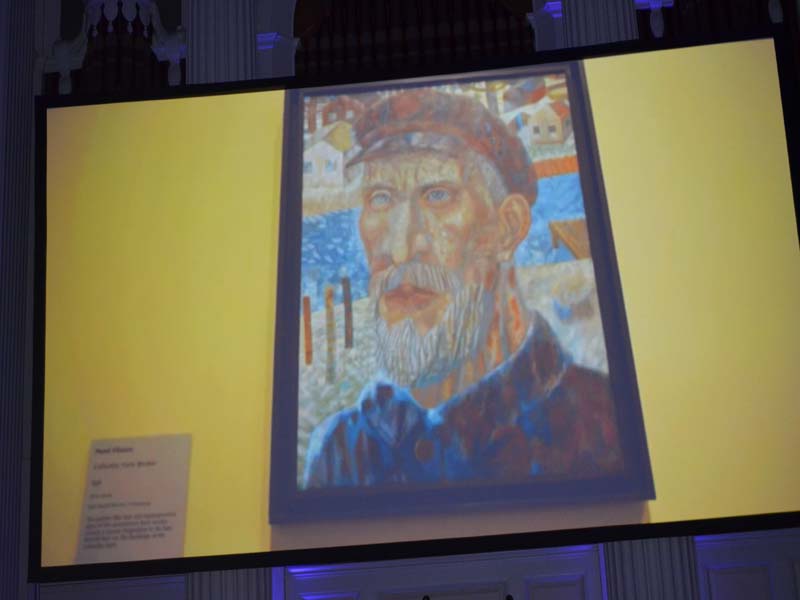 Farideh Lashai: When I Count, There Are Only You… But When I Look, There Is Only a Shadow, from the Museo Nacional Del Prado, in collaboration with the British Museum, received Honorable Mention for GFAA’s Fringe Award.  Traveling from Madrid to receive the Award, was curator Ana Martínez de Aguilar.  The late artist’s daughter, Maneli Keykavoussi, head of the Farideh Lashai Foundation, Edward Tyler Nahem gallerists Paloma Martin Llopis and Gallerist Leila Heller were also in attendance, honoring Lashai’s last work. 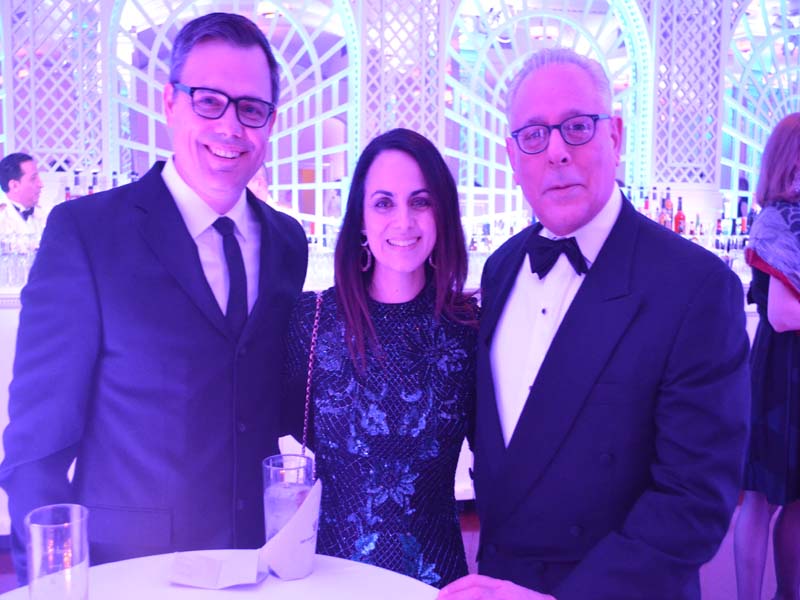 Kris Callens, Director of the Fries Museum (Netherlands), which organized the Lawrence Alma-Tadema exhibition seen at three museums across Europe- which received Honorable Mention for the Youniversal Award, and Winner of YOU-2, the two public Awards. Amalia Cosmetatou, Executive Director and Director of Cultural Affairs and Roberta Casagrande-Kim, Assistant Manager of Exhibitions and Publications of the Onassis Foundation USA, representing nominated exhibition A World of Emotions: Ancient Greece, 700 BC – 200 AD , were honored by the presence of a number of colleagues. Their exhibition was crowned the Youniversal Award winner, after receiving the highest number of votes in the four-year history of the Award.

Geographic, scale, ethnic and gender diversity are essential considerations in the research and nominating process.  The 85 Nominees this year represent works from 6 continents, 28 countries and 60 cities – from Beijing to Boston, from Melbourne to Montréal. Nineteen percent (19%) of this year’s Nominees are created by or are about Asian and Middle Eastern art and artists. One of the most prominent awards – Best Contemporary and Post-War Art, features women in 3 of the 8 Nominees.  Almost two-thirds of the Nominees emanate from lesser-known institutions and private initiatives, and the remaining 37% of the GFAA Nominees are from the top 100 art museums visited in the world (The Art Newspaper, April 2015). 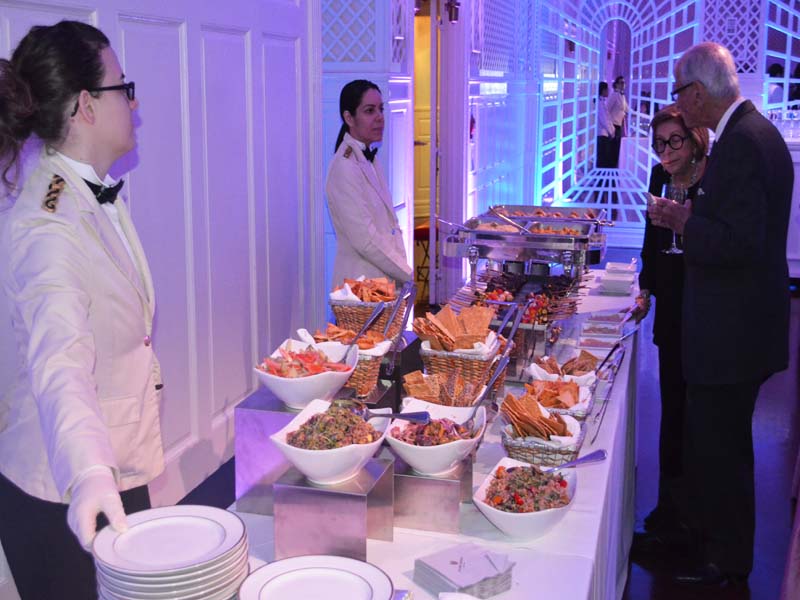 In addition to the award ceremony the evening of March 8, GFAA launched a series of three panels, hosted by corporate sponsor, K&L Gates LLP. These panels, which took place the morning of March 8, were moderated by Dean Phelus, Senior Director of Leadership Programs at the American Alliance of Museums (AAM), and GFAA Judge; and by Desiree Moore, Partner at K&L Gates and member of the GFAA Executive Committee, Chair of Young Visionaries Committee.

GFAA Team : Led by Founder and President Judy Holm, more than 30 dedicated professionals with extensive experience in art, academia, technology and business are committed to the future of the Global Fine Art Awards program and its mission. They represent a truly global perspective, with nationalities from 21 countries and 4 continents. 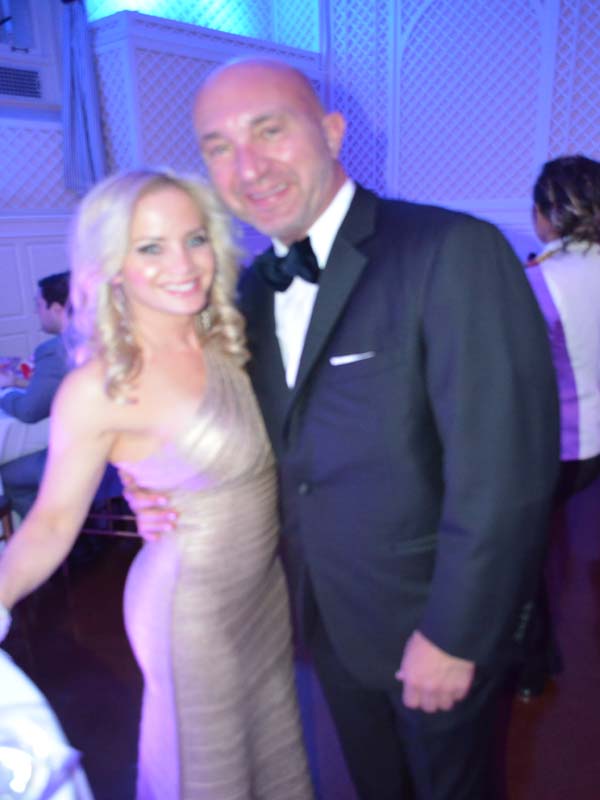 The Young Visionaries Committee (YV), chaired by Desiree Moore, Partner K&L Gates LLP, has the mission to increase awareness and support for GFAA within the up and coming international art world “visionaries.” As the future voice of GFAA, the YV committee engages the public via social media, events and educational programs. 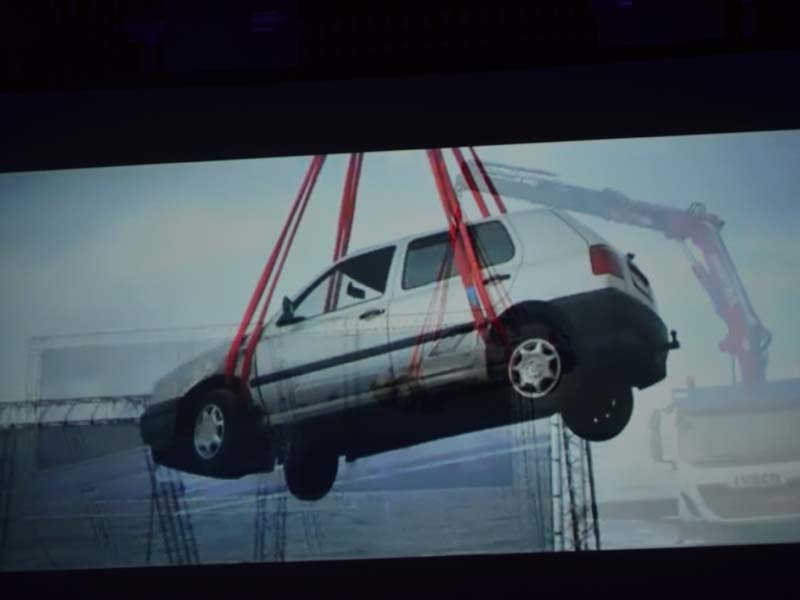