Ich&Kar is a French duo, expert in graphic design and brand identity. For more than 20 years they have carved brands and concepts that were unprecedented in their boldness and subtle approach. ‘Think out of the box’ is the motto that motivates all their projects. That is why they feel at ease in many different fields such as culture, luxury, gastronomy, hospitality or even corporate business. 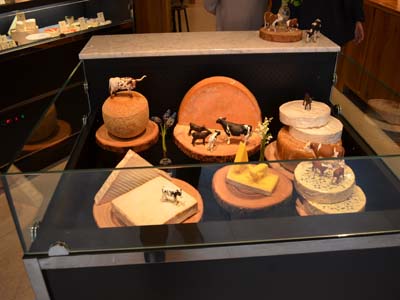 Their credentials draw a map of international excellence: pop colors at Maison Troisgros france, Vintage atmosphere for Pierre Gagnaire’s Sketch Menu in London, twisted classic flair for Helene Darroze at the Connaught london, fake dictionary menu for the Derriere paris, visual identity inspired by modernist esperanto for the Condesa DF Hotel in Mexico or Riviera touch for the Monte-Carlo Beach. 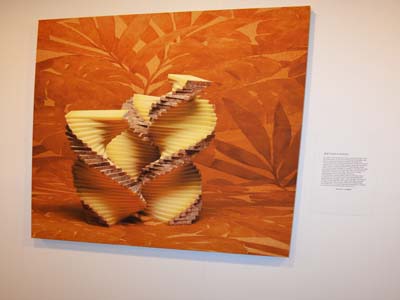 Imagination poetry and a certain sense of fantasy are the signatures of Ich&Kar projects. Trendsetter, Ich&Kar has been invited for five years by the Milk Factory in Paris to design their visual identity and develop their strategy to communicate on dairy goods. So it’s only natural that CNIEL take them to NYC to design the interior of their new concept store.
Ich&Kar was chosen by CNIEL (the French Dairy umbrella Organization) to create a project that was supposed to be lively, entertaining and easy to use in a lot of different situations. This pair worked together on many projects previously. Ich&Kar designed many set ups for exhibits in Paris in the CNIEL gallery called Milk Factory whose purpose was to promote dairy products as a creative medium… and a healthy component of your daily life, edited books about cheese, even created the set up for exhibits in NYC for them before.

So the French Cheese Board idea was not born out of the blue. The mission confided to Ich&Kar was to jump out of their own box – graphic design and visual identity – to create a venue that would concentrate all the ideas they’ve been dealing with over the years about cheese and french culture…. in their own country.

Challenge was taken, twice : French Cheese Board was dedicated to New Yorkers, and not French people anymore, who are already well educated and informed about cheese and the project was interior design…. See how the designers reacted to this amazing opportunity.

For the French cheese Board ICH and KAR stepped outside of their comfort zone to apply their method and their Design ETHOS to special design …. at this point walls start to talk, graphic design reaches a new dimension, retail becomes an interactive experience. 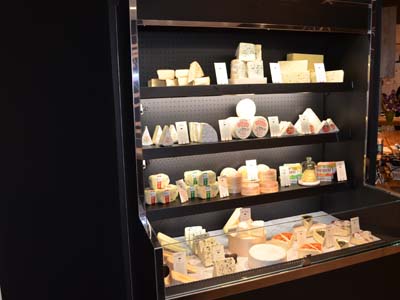 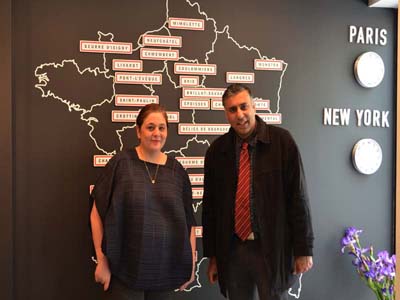 Dr.Abbey with Helene Darroze Designer of French Cheese Board

French Cheese Board is supported by CNIEL, the French Dairy Interbranch Organization
(the umbrella organization for the dairy industry). CNIEL was created in 1973 by
milk producers and processors. CNIEL meets two key objectives: to facilitate relations
Between dairy producers and processors and to promote a positive image of milk and
dairy products domestically and abroad. CNIEL is represented by three bodies: milk
Producers, dairy cooperatives and private dairy companies.
CNIEL seeks to promote and create awareness about the variety of the cheeses of
France available on the United States market and the multiple ways that American
consumers can incorporate the cheeses into their diets, their recipes and their lifestyles
relying on scientific studies.