The Mayor of London, Sadiq Khan bought the best of the British capital to Times Square on Monday 9 May as he launched the largest international tourism campaign the city has ever seen to attract global visitors back to London. 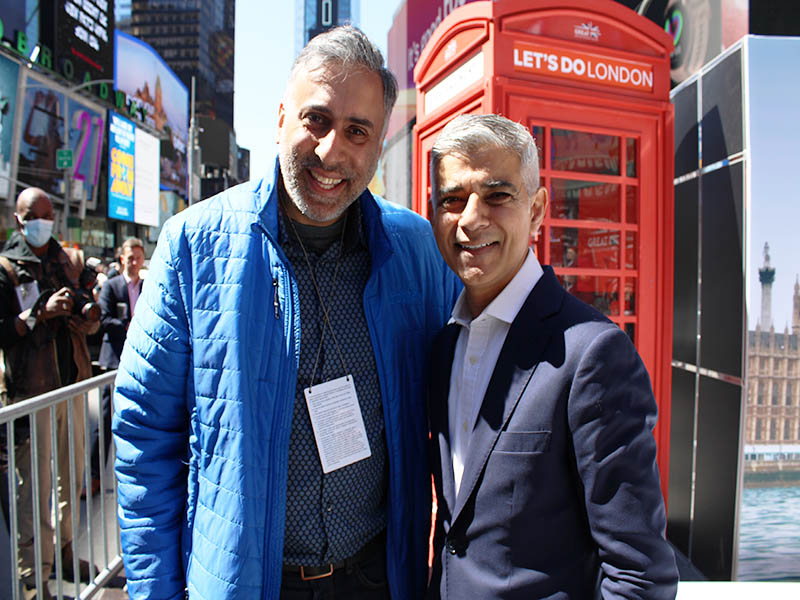 London’s Times Square takeover and saw the cast of hit musical ‘Six’, originally from London’s West End and now on Broadway, performing on a stage showcasing a host of London landmarks.

As London prepares to mark Queen Elizabeth’s Platinum Jubilee the Mayor will also be joined by Her Majesty’s iconic Coldstream Guards. 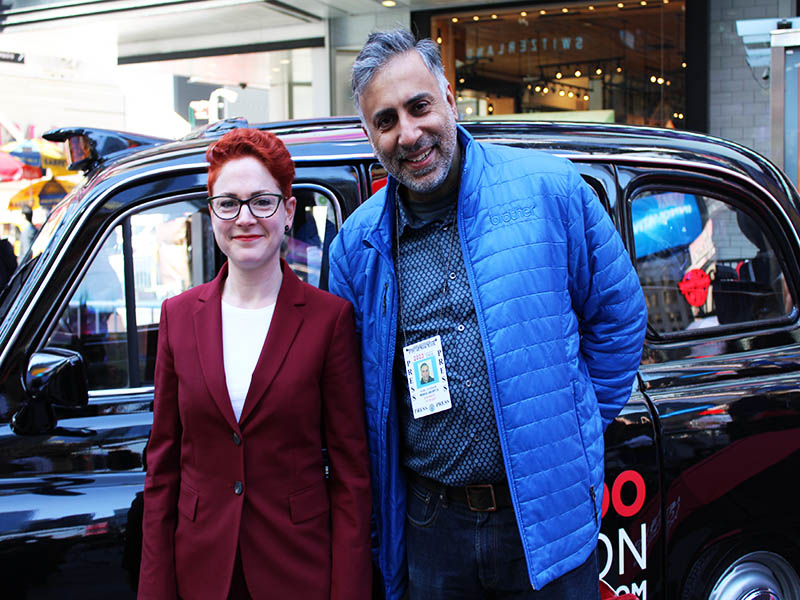 Opening remarks and the performance lasted 15 minutes, after which the Mayor of London, Sadiq Khan was available for interviews, along with some of the performers.

Mayor of London, Sadiq Khan, on the resumption of international travel and the launch of the largest tourism campaign ever undertaken to to attract global visitors back to London. 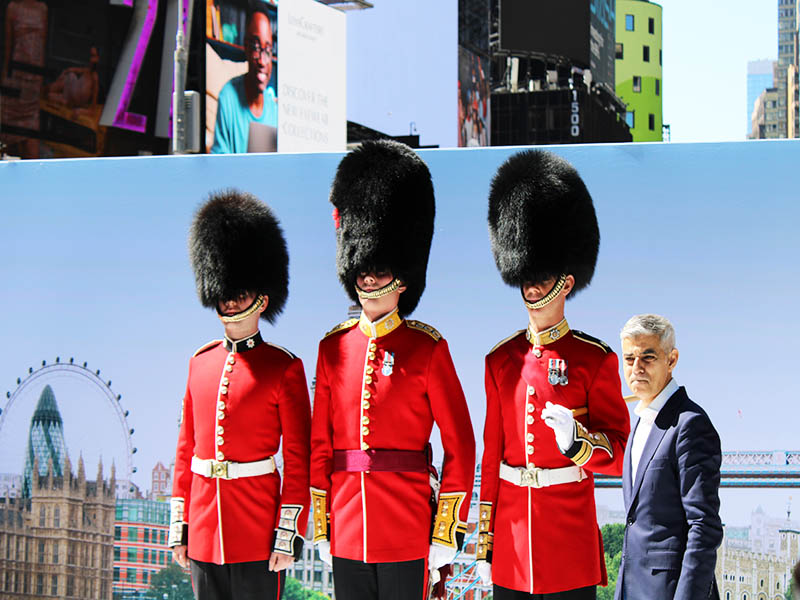 Laura Citron, CEO of London & Partners, who is leading the Let’s Do London campaign to attract U.S. visitors back to London.

Cast members of ‘Six’ performing hit songs from their award-winning musical labeled a “Critics’ Pick” by The New York Times. 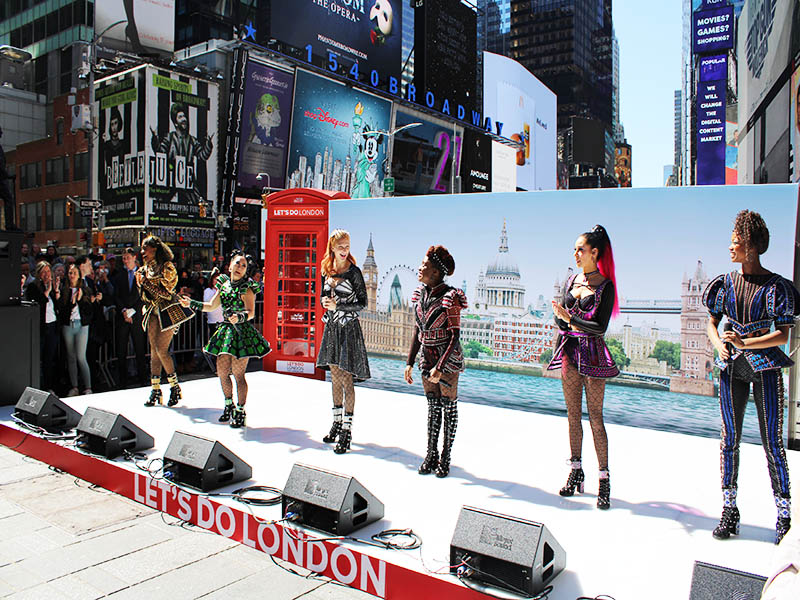 The new campaign was led by London’s business growth and destination agency, London & Partners (L&P). The Let’s Do London campaign aims to inspire travelers to choose London for their next trip by shining a spotlight on the city’s unparalleled range of attractions, exhibitions, and events. 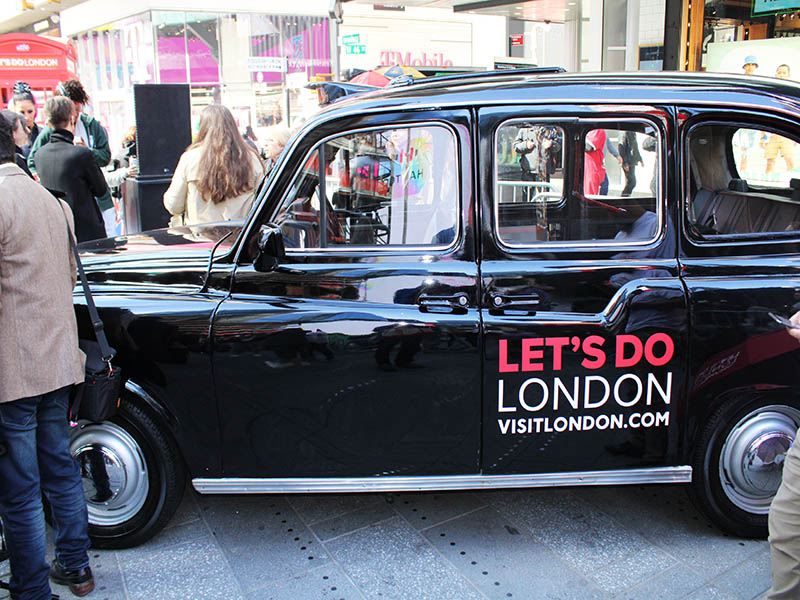 2022 is an exceptional year for London, which will play host to once-in-a-lifetime events such as The Queen’s Platinum Jubilee. This year will also mark the return of internationally renowned festivals including the 50th Anniversary of Pride in London and Notting Hill Carnival, as well as the UEFA Women’s EURO championship at Wembley, the Wimbledon Championships, Adele, Elton John and the .

/18/”>Rolling Stones performing at Hyde Park and the pioneering ABBA Voyage opening at a custom-made theater in the Queen Elizabeth Olympic Park. 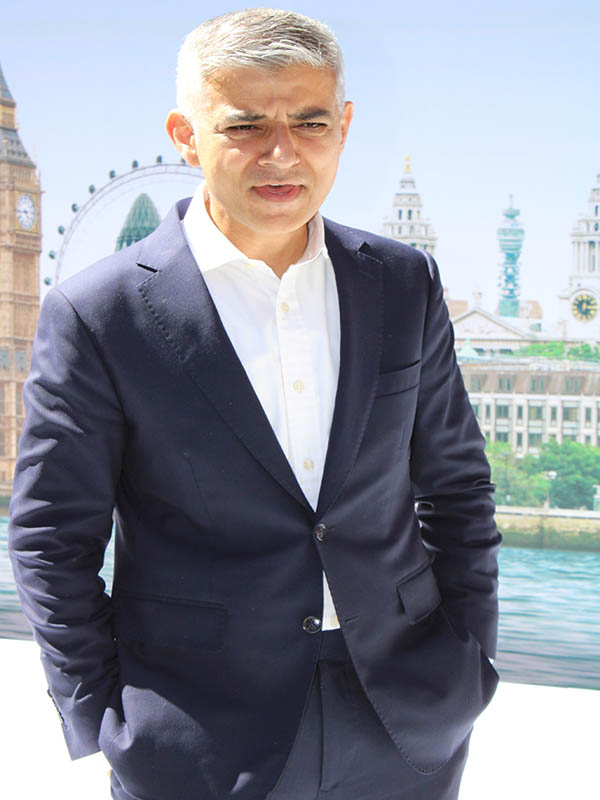 ABOUT LONDON & PARTNERS AND VISITLONDON.COM:Visitlondon.com is the official visitor guide to London and is run by London & Partners, the business growth and destination agency for London. Our mission is to create economic growth that is resilient, sustainable and inclusive. 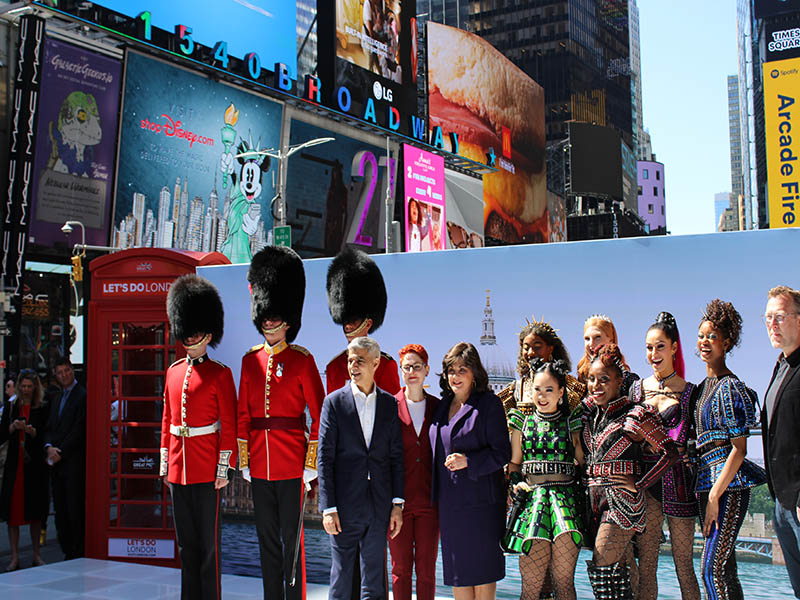 Mayor of London with Coldstream Guards & Cast of Six

Visitlondon.com is a comprehensive resource for everything that is happening in London. At any one time, this includes 20,000 event listings, plus content designed to inspire and assist visitors. 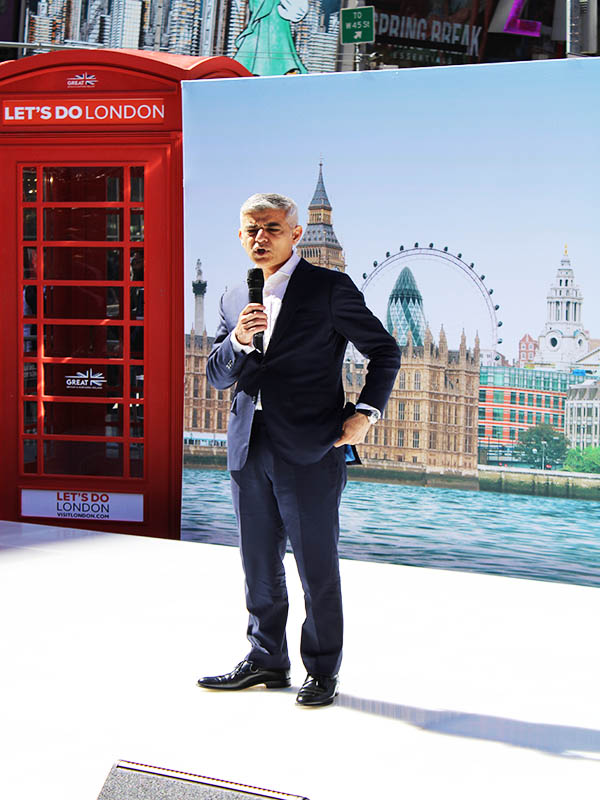 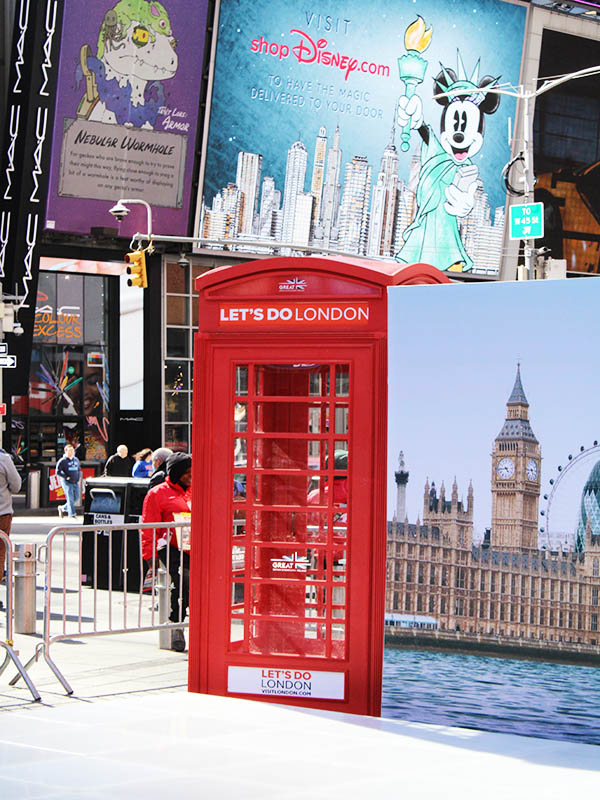 See More in our World Liberty TV, Travel and Tourism Channels and blogs by clicking here.