Obama Foundation program that has trained hundreds of young leaders across Africa, the Asia-Pacific and Europe is being expanded to include the United States. Former President Barack Obama is expected to announce the new program on Thursday during a two-day democracy forum the foundation is co-sponsoring in New York City. 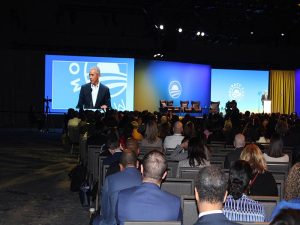 The Obama Foundation Leaders United States program is a six-month leadership development program for emerging leaders between the ages of 24 and 45. The program will serve more than 100 leaders from the U.S. in its first year. Participants will be chosen through a competitive application process.

In remarks prepared for delivery on Thursday at the forum, Obama cites “consistently high interest” in the foundation’s programs as a reason for the expansion. “The creativity, determination and passion of these leaders are already making an impact — in lives saved, environments restored, children educated,” he says. “They’re creating new models for clean energy generation and poverty alleviation. It’s remarkable and inspiring — and a little humbling, since I sure wasn’t making such an impact at their age. “And the good news is, we’re just scratching the surface of what this next generation is capable of,” Obama says. 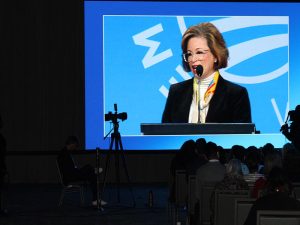 The Obama Foundation Leaders program has worked with more than 700 people in Africa, the Asia-Pacific and Europe since it was launched in 2018 after Obama, a Democrat, left the White House following two terms as president, according to the foundation. Valerie Jarrett, a longtime Obama adviser and CEO of the Obama Foundation, said the U.S. extension of the leader’s program is a “continuation of our efforts to pay it forward by helping the next generation.” 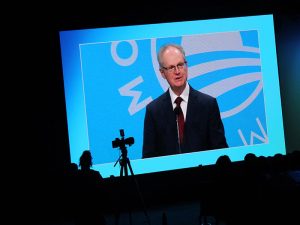 The foundation, in partnership with Columbia University and the University of Chicago, is holding its first democracy forum in New York on Thursday and Friday. Democracy thinkers, leaders and activists from across the globe will discuss how to advance and strengthen democracy in the United States and abroad. Obama is scheduled to close the first day of the forum with a speech and a conversation with a group of foundation leaders. 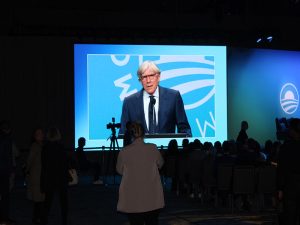 The slate of speakers represents a diverse mix of leading experts and thought leaders alongside practitioners who are working to strengthen and expand democracy across the globe. The Forum will explore the issues critical to strengthening democracy, and highlight leaders who are on the frontlines of democracy and offering models of hope including the four areas President Obama has outlined as areas of focus to strengthen democracy: 1) Detoxifying our discourse, 2) Developing models for a more sustainable and inclusive system of capitalism, 3) Revitalizing our institutions so that people believe participation is worth the effort, and 4) Building democratic culture.

On Thursday, November 17, the Obama Foundation will host its first-ever Democracy Forum in partnership with Columbia University and the University of Chicago at the Javits Center in New York City. Against the backdrop of democratic backsliding across the globe, we know that if we want democracy to flourish, we will have to fight for it, we will have to nurture it, and we will have to demonstrate its value, again and again, in improving the lives of ordinary people. The Forum will bring together emerging leaders from across Obama Foundation programs with leading experts and practitioners who are reimagining our institutions and strengthening democratic values across the globe. 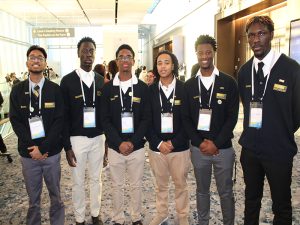 MBK Youths from NY in attendance

The Forum will consist of two days of programming. The first day will be open to press featuring remarks from President Obama, lightning talks by subject matter experts about projects and models that are working, and discussions with established experts and emerging leaders about the ways in which we all can work towards strengthening and expanding democracy across the globe. 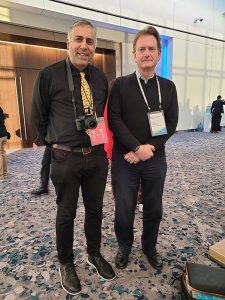 The convening will bring together hundreds of emerging leaders from across Obama Foundation programs, including Scholars at Columbia University and the University of Chicago; Leaders from Africa and Asia-Pacific, the inaugural class of 100 Voyager Scholarship recipients, the Obama-Chesky Scholarship for Public Service, and additional program alumni. 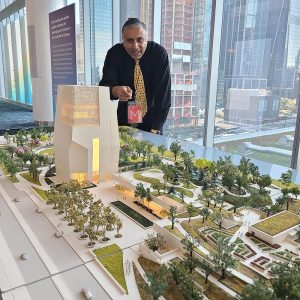 On the second day of the Forum, Obama Foundation program participants from across the globe will meet in smaller working groups with democracy experts and President Obama to collaborate and exchange ideas on real-world approaches to the challenges democracy faces today. 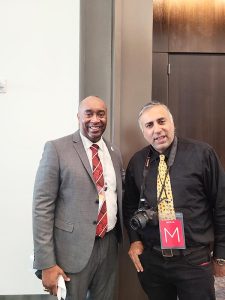 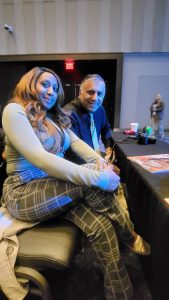 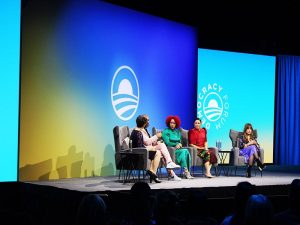 It was a great forum, bringing many leaders worldwide in one room. You can see many of the speakers in our World Liberty TV, Political Channels and Blogs by clicking here.