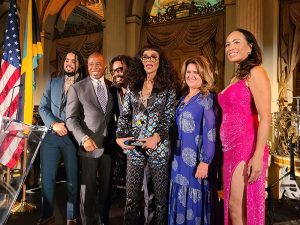 The Board of Directors of the American Friends of Jamaica (AFJ) a non-profit supporting education, healthcare and economic development for the people of Jamaica, will present Cedella Marley with the International Humanitarian Award at its 2022 Hummingbird Gala.

The fundraiser will support initiatives in Jamaica and will include dinner and a silent auction, with an after party featuring live entertainment by Grammy Award winning artists Steel Pulse and music by Max Glazer with a special performance by Skip Marley, Cedella’s son. 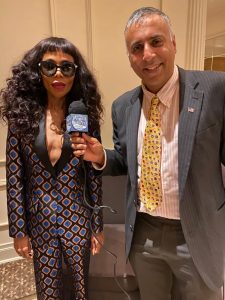 The Program started off with National Anthems of USA and Jamaica, introductions were by Caron Chung, American Friends of Jamaica’s executive director. Ms. Chung thanked all the board of directors, sponsors and guests in attendance, saying without your help and generosity, the Gala would not have been a success.

Dr. Malik Yoba, Actor/Founder of Yoba development, was the master of ceremonies, who was very entertaining, joking and entertaining the guests throughout the night. 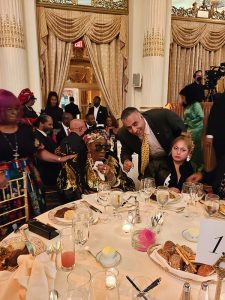 Ambassador N. Nick Perry, US Ambassador to Jamaica, bought greetings and went to to say, I have been attending and helping the American Friends of Jamaica for the past 40 years. 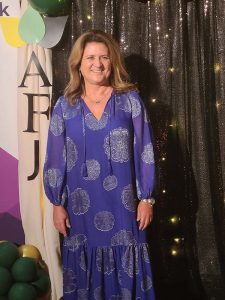 Ambassador Pamela Bridgewater, RET. Introduced the Bob and Rita Marley Foundation “Football is Freedom” pledge drive and showed a short video to kick of the pledge and fundraising drive. 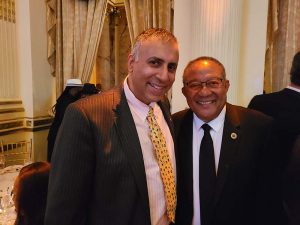 Mayor Eric Adams, was in attendance and started of thanking Rohan Marley, one of the Son of Bob Marley, who was in attendance, Mayor Adams went on to say, Rohan was very instrumental in campaign for him by introducing him to the Jamaican community throughout New York City. 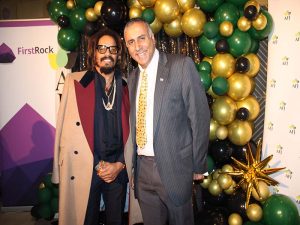 Mayor Adams said, he was very honored to be at the event, because of the support he got from the Marley family members while running for Mayor. He also went on to say that 160, 000 thousand Jamaican’s live in New York City, the 2nd largest population outside of Jamaica. 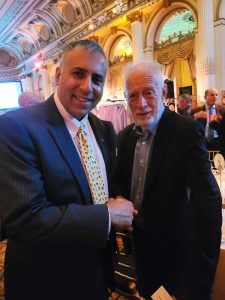 Mayor Eric Adams, Wendy Hart President of American Friends of Jamaica (AFJ), Rohan Marley, Caron Chung all stood on stage to present the 2022 International Humanitarian Award to Cedella Marley, for her humanitarian work throughout the years. Mrs. Marley thanked everyone for bestowing this great honor on her. 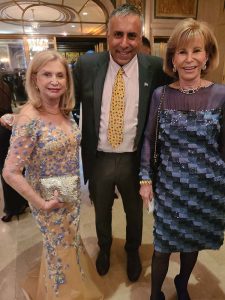 Cedalla’s Son Skip Marley upcoming singer in his own right did two tribute songs for his mother, one of them the original one sang by his grandfather Bob Marley, one love. Which got the crowd all excited who started to dance on the dance floor. 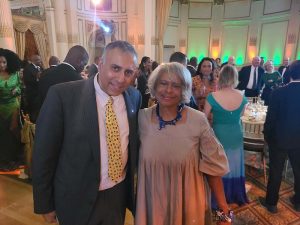 The other entertainers performing were Grammy award winning Steel Pulse and Max Glazer. Close to 300 people were in attendance supporting the cause.

About: The American Friends of Jamaica. is a not-for-profit 501 (c)(3) organization dedicated to supporting Jamaican charitable organizations and social initiatives working to improve the lives of Jamaicans through systemic development in the areas of education, health care and economic development. 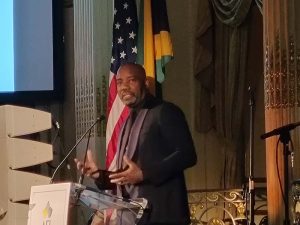 Founded in 1982 by a handful of Jamaicans and Americans who loved Jamaica and wanted to see it prosper, the organization has created a legacy of philanthropy dedicated to the people of Jamaica, raising over U$14 million to date on behalf of Jamaica’s non-profit and charitable organizations. 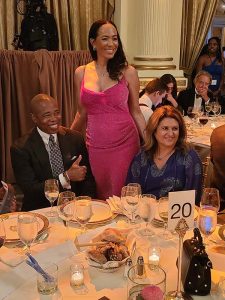 The American Friends of Jamaica seeks to improve the lives of Jamaicans by supporting initiatives that advance self-sufficiency, promote healthy communities and strengthen the nation. 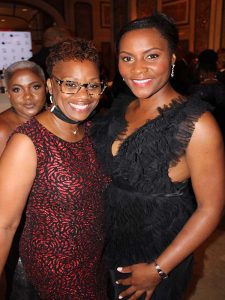 The American Friends of Jamaica was established in 1982 as a 501(c)(3) organization to assist Jamaican charities in the areas of education, healthcare and, human and economic development. American multinational corporations with commercial interests in Jamaica, American winter residents, and members of the diplomatic corps were some of the organization’s initial supporters. The non-profit organization’s founder was Anne F. Sabo, who directed the AFJ until 2003. 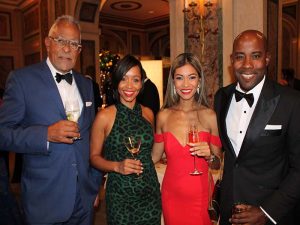 An annual fall charity gala was established as the major fundraising event for the organization. Each spring, the AFJ awards its annual discretionary grants.

The official grants awards ceremony is hosted by the standing United States Ambassador to Jamaica and the AFJ Board of Directors presents organizations with grants that have ranged from US$500 to US$200,000.

In its second year, the Board elected to pay tribute to men, women, and organizations who help improve the lives of Jamaicans with the International Achievement Award and/or the International Humanitarian Award. 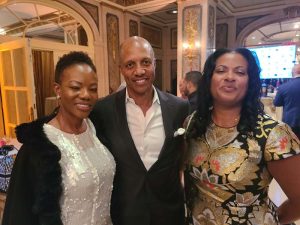 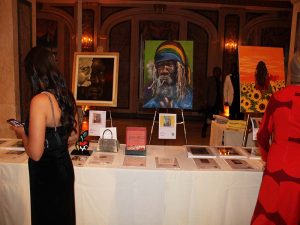 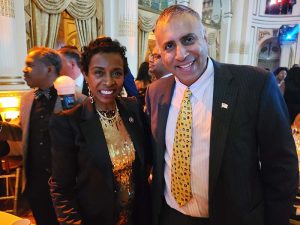