Farzana is a passionate and accomplished veteran of the Healthcare Service Industry who, for the first fifteen years of her career, worked as a senior registered nurse at some of the most prestigious hospitals in the city of Hamburg, Germany, where her family settled after fleeing the ravages of war in her birth country of Afghanistan. 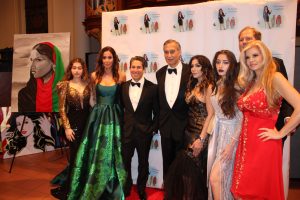 Farzana with her family members & guests

Farzana came to the U.S. from Hamburg in 2011, where she shifted her focus from medicine to becoming a full-time Skincare Specialist (NY licensed aesthetician) and celebrity makeup artist.

Additionally, as a consequence of her own experience with domestic violence, she has become an advocate for Woman Empowerment, that reinforced her existing sensitivity to the plight of woman in Afghanistan. 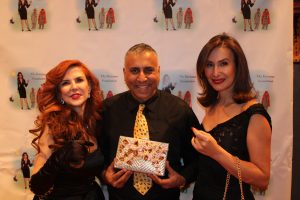 She has been an outspoken public speaker on this topic with the goal of providing woman with a greater sense of unification and cohesiveness. This has included presentations to The Miss Immigrant Contest, Unlabelled Award and The United Nation an organization dedicated to the furtherance of Women’s Empowerment. 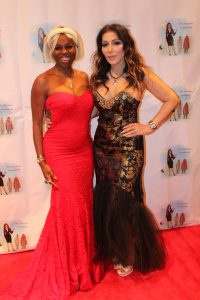 As an adjunct to this activity of providing care for people, Farzana became impassioned with the recent unfortunate events for those in her native country of Afghanistan. 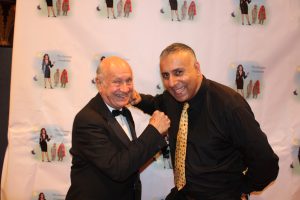 An entire lifetime of providing care and wellness to people naturally translated to her desire to aid those that have become victims of these circumstances. She is determined to ensure that the proud people of Afghanistan receive the proper treatment and basic necessities that we are all entitled to. 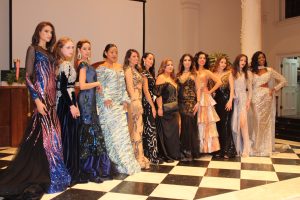 Diana Mahrach Couture with her models

Since 2017 , Farzana’s family has provided funding for more than forty-five of these freshwater wells in the area surrounding her birth city Herat, located in the Northeastern parts of the country near the border with Iran, where she spent the first nine years of her life. 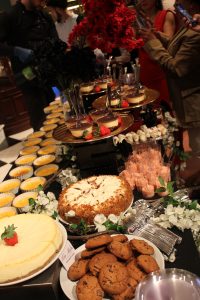 This has enabled families living in this area to enjoy the basic necessity more readily. While each of these wells provides water to hundreds of families, there is a great need to construct many more to satisfy these peoples substantially greater requirements. Those who do not have freshwater well in their village must frequently travel great distances on foot and physically carry back weighty containers of water for their families. 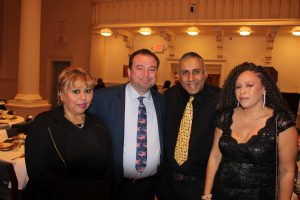 Dr Abbey with Jeffrey Deskovic, Esq and his team

An undertaking of this nature can cover distances of several miles and take many hours during the day, a great deal of time and effort that could otherwise be used for more productive endeavors in the further development of their society. 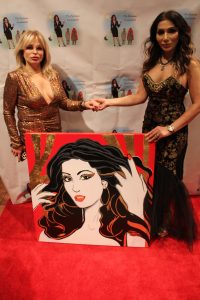 Farzana with Russian artist with her art work

As a mother of three, Farzana understands the difficulties and worry over children that a parent experiences under normal conditions, notwithstanding an untenable environment that may exist without basic necessities such as water. 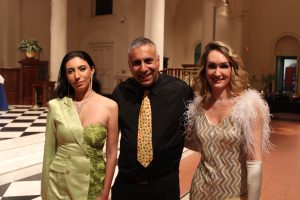 Farzana feels particularly impassioned about this project since her own life experiences closely parallel circumstances that have unfolded in Afghanistan. After the Russian invasion of Afghanistan in 1979, she was subjected to a terrifying environment of war over a two-year period, where members of her direct family were literally murdered by the invading forces. 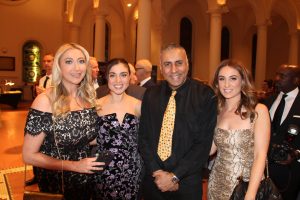 Many of her remaining family members were forced to flee the country or face certain death, although some decided to remain. As a result, she experienced first-hand the horrific environment resulting from hostile forces in vulnerable country and has become determined to create more palatable circumstance for those that have been put in the position where they have been forced to endure it. 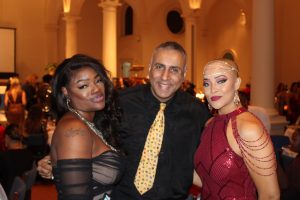 Additionally, as an advocate woman’s rights, she is offended by the subordination and general mistreatment experienced by woman under the current regime and is determined to foster an environment of greater justice in this area. 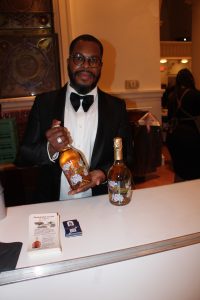 Therefore, as indicated, the immediate goal of our Foundation is to provide funding for the construction of many more of these freshwater wells. 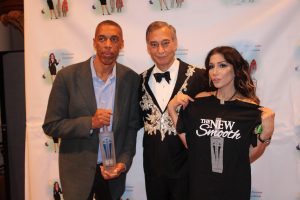 Farzana & her Husband Promoting Empire Rockefeller Vodka with his rep

The resulting benefit that will be provided to the families in this region cannot be underestimated. We hope you will consider a donation to help the people of Afghanistan receive a fundamental component of daily life that the rest of us in the more developed nations simply take for granted-fresh water.

Finally, as a foundation becomes more prolific, it is intended for the initiative of Woman’s Rights to further developed. 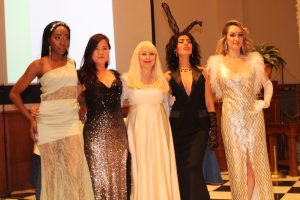 The Farzana Gala 2022, was very well attended, close to 200 people were in attendance, included a high level fashion show. Buffett Style Dinner and desserts were served. An arts auction took place raising money for the foundation. 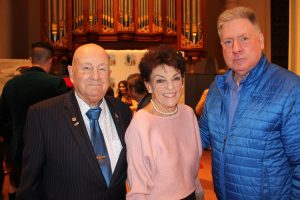 People from all over the USA, attended including a lady which I met who came from Brazil to be part of the Gala. Most Notable guests included Lucia Kaiser, Emmy Award Winning Producer and Humanitarian, Rita Crosby Emmy award winning News Host, Shannon Ferry, Justine Re of NY 1 News, Olga Gretchen Schwartz, Model Artist and Actress, Eve Brookville, Humanitarian ,Oleksandra Hrabova, Opera singer from Ukraine and so many more from every profession you can think of to support the Farzana Foundation 2022, Gala. 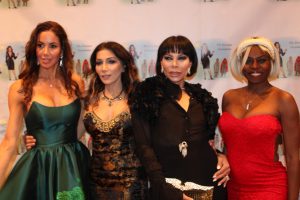 Farzana with Guests in attendance