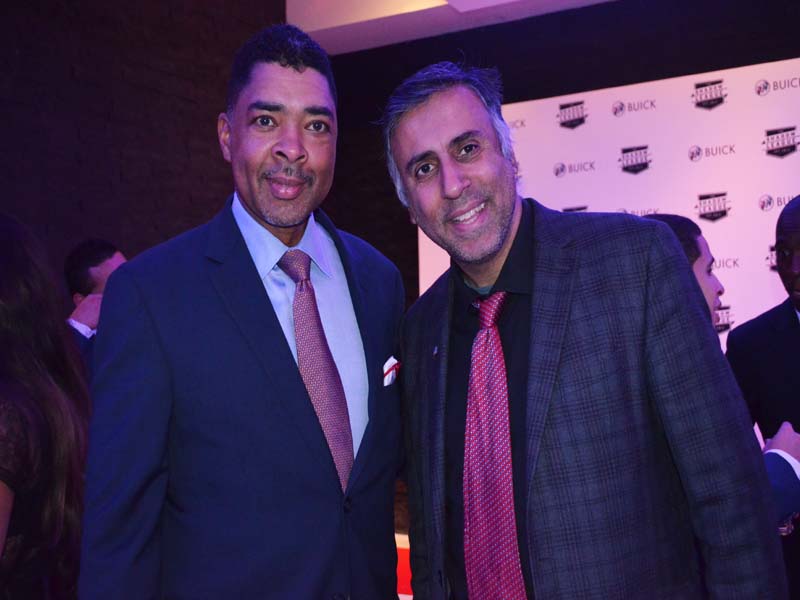 Dr.Abbey with Keith Clinkscales Founder of The Shadow League

The Shadow League  honored three extraordinary men and women who are blazing trails for others and creating a significant impact in the sports arena. Richard Cho, General Manager of the Charlotte Hornets, Claressa Shields, Women’s WBC and IBF Super Middleweight Champion and Andrea Williams, Commissioner of the Big Sky Conference. The Shadow League Awards is presented by Buick. 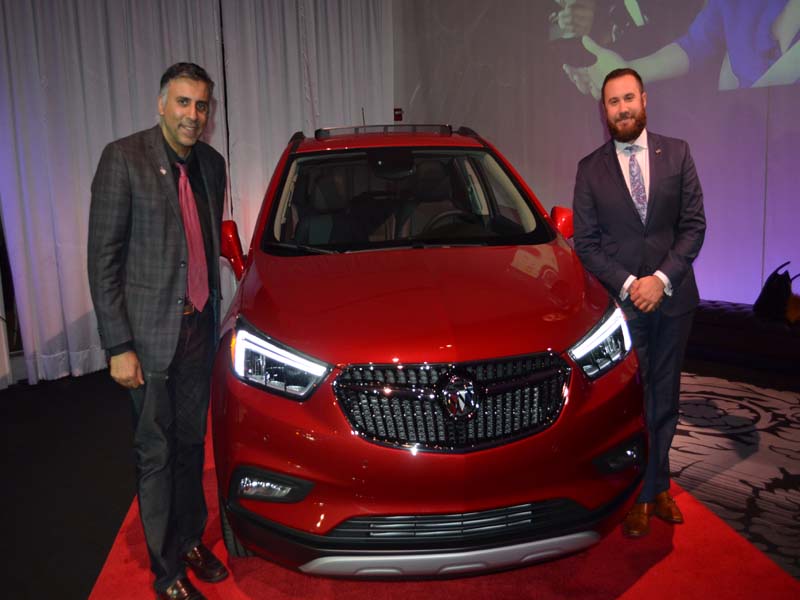 Dr.Abbey with Michael Farah of Buick and Sponors of TSL Gala 2017

Since 2014, The Shadow League has honored and celebrated individuals in sports who excel and remove barriers outside of the mainstream. In an industry that inspires us all to utilize our determination and strengths in a positive way, there are unsung heroes who impact sports in ways that may not be covered on the nightly news, yet their impact resonates on the various courts, fields and arenas across America. Previous TSL honorees’ have included David Rone, former President of Time Warner Cable Networks and Time Warner Cable Sports, Leonard Ellerbe, CEO of Mayweather Promotions, Christine Simmons, President & COO, LA Sparks and Terence Crawford, Unified Light Welterweight champion. 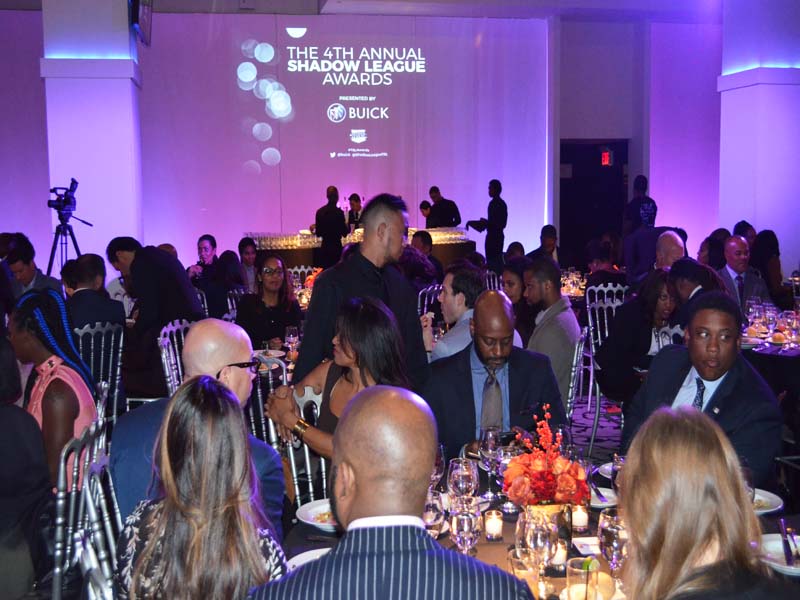 Close to 200 in attendance

“We are thrilled and excited to honor Richard, Claressa and Andrea for making significant accomplishments in their communities” said Yussuf Khan, Senior Vice President and General Manager of The Shadow League. “The purpose of presenting The Shadow League Awards is to illuminate the amazing work these leaders are doing to positively impact their communities and we are proud to celebrate them.” 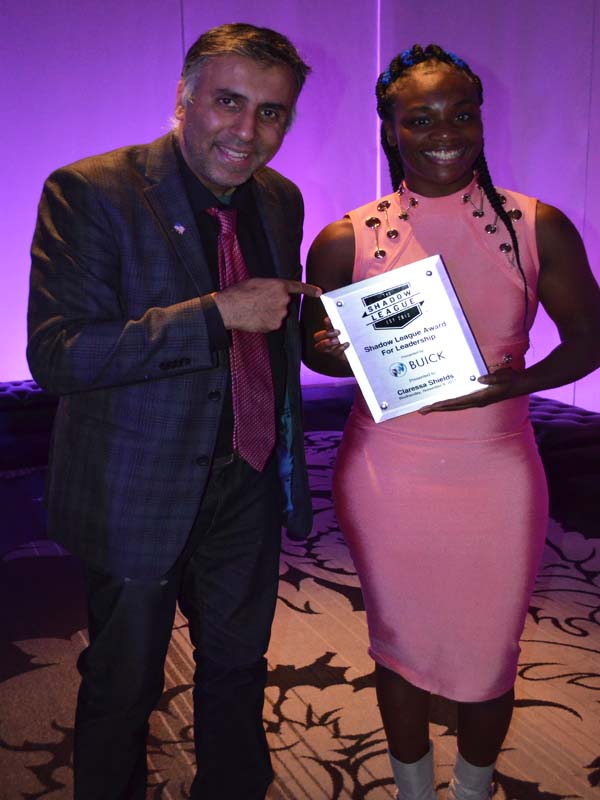 “Buick is proud of the strong, ongoing relationship we have developed with The Shadow League over the past two years.” said Lester Booker, Jr., Buick Communications. It’s important to recognize the achievements of these community champions, which is directly aligned with our brand promise to create aspirational vehicles of quality and substance. 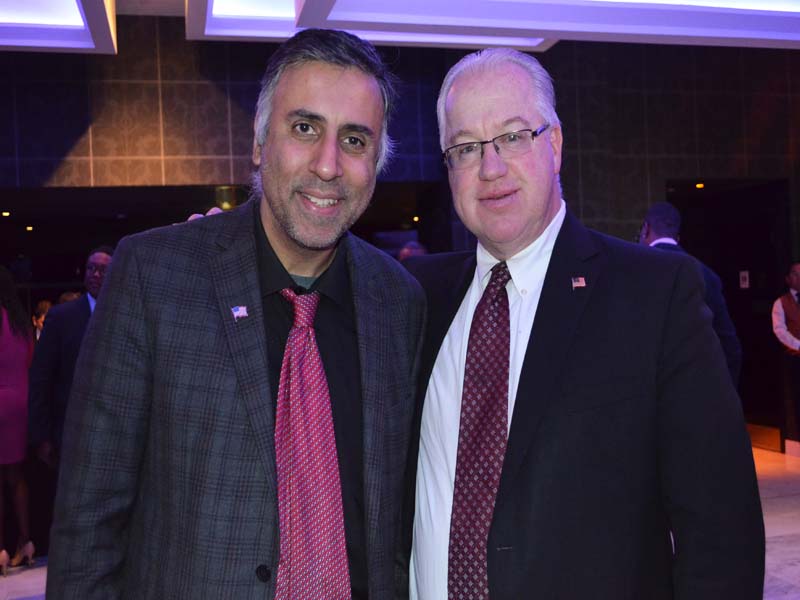 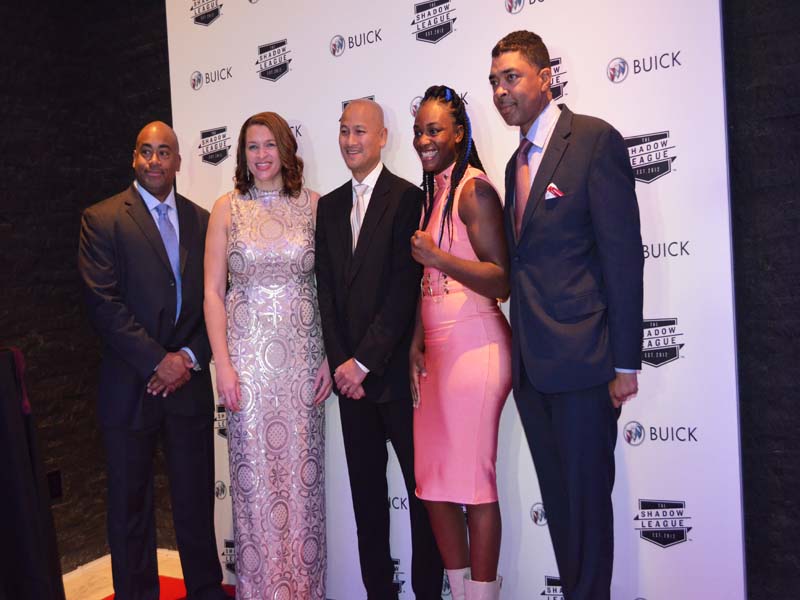 About Buick: Buick is an international modern luxury brand offering vehicles with sculpted designs, luxurious interiors and thoughtful personal technologies, along with responsive-yet-efficient performance. Buick is attracting new customers with its portfolio of award-winning luxury models in North America and China.

See more of The Shadow League in our World Liberty TV Sports Channel by clicking here.