The City University of New York Athletic Conference, along with US Army ROTC, hosted the CUNYAC Basketball All-Star Luncheon on Thursday, February 16th, to celebrate the beginning of the 52nd Annual CUNYAC Basketball Championships, as well as honor its All-Stars, at The Water Club in Manhattan. 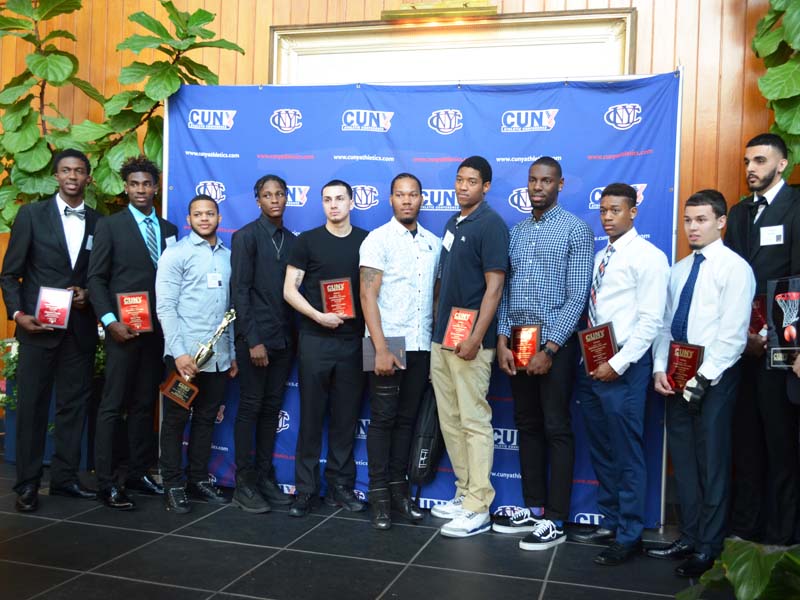 Commissioner Zak Ivkovic began the luncheon with an opening speech and introduced CUNY Vice Chancellor of Student Affairs, Christopher Rosa who welcomed all in attendance.

Following Rosa was CUNY Army ROTC’s own Lieutenant Colonel Kevin Toner. Toner spoke about the benefits of joining the Army ROTC team and the CUNY student-athlete’s ability to manage all the responsibility that presents itself when participating in college athletics. 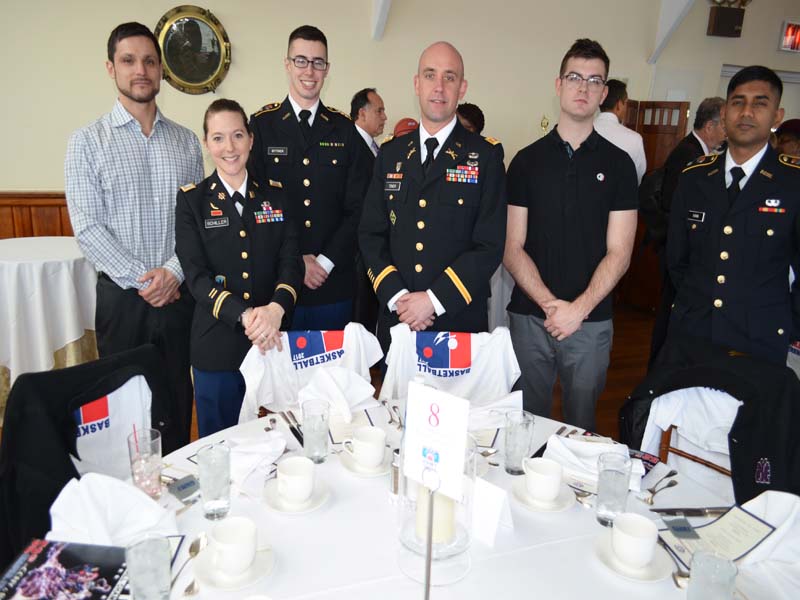 US Army One of Many Sponsors

In addition, the CUNYAC presented former CUNY Executive Vice Chancellor and Chief Operating Officer, Allan Dobrin, with the Ellis Bullock Award for his lifetime of serving CUNY students and student-athletes at the highest level.

48 senior college and community college student-athletes and four coaches learned that they were selected to receive regular season awards. 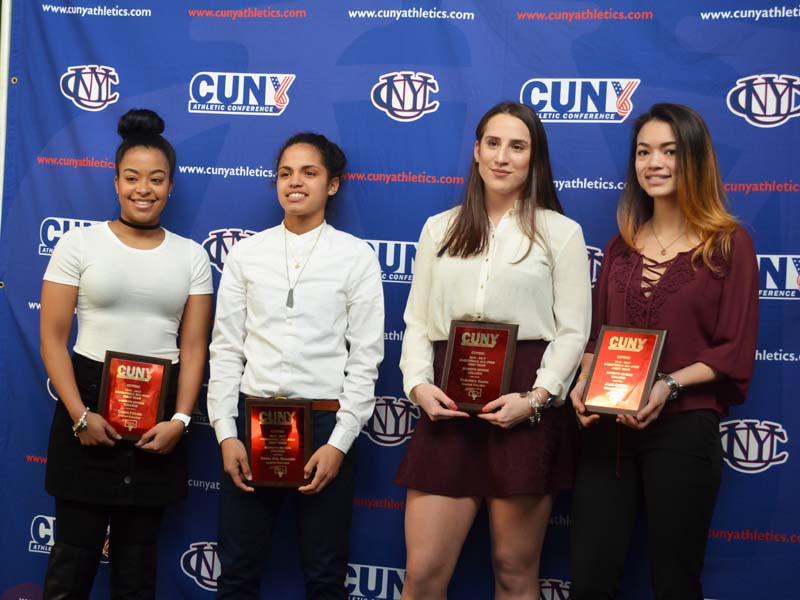 The Community College awards were spread out rather evenly. On the men’s side, Jemal Smith of Hostos was named the Player of The Year. LaGuardia’s’ head coach, Ben Chobhaphand, was named the CUNYAC Men’s Community College Coach of the Year. Terrell Fullerton of BMCC was named Rookie of the Year. QCC Tigers’ Kavon McDonald was named the Burt Beagle Sportsmanship award winner. The eight players named to the All Conference team were Jericho Cherisma of BMCC, Richard Lue of the Bronx. Vakas Iqbal and Kevin Cox of Kingsborough, George Pena and Mahlik Sherlock of LaGuardia,  Jonathan Loria of Hostos, and Brandon Segar of Queensborough CC. 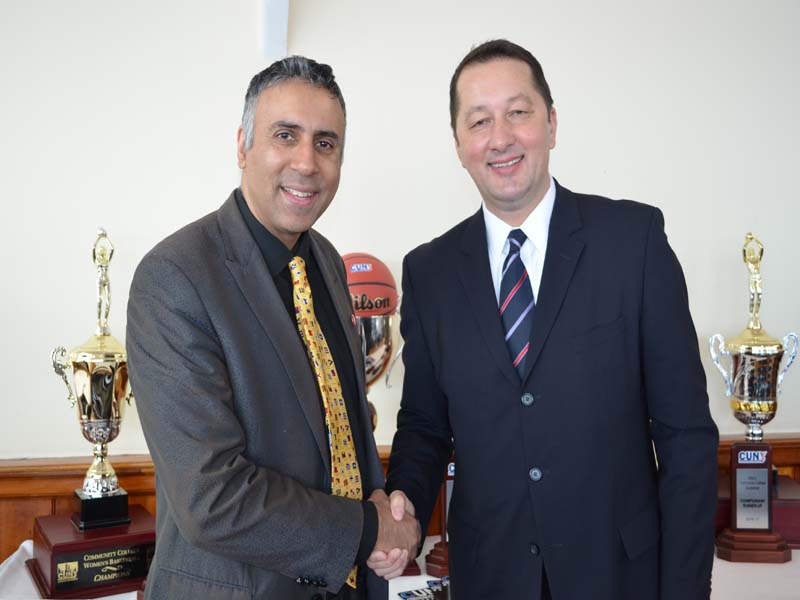 For the women, Destini Green of Hostos received Player of the Year accolades while her teammate, Cashmir Fulcher, was named the top Rookie for this season. Hostos’ DeVernie Winston was selected as Coach of the Year following their remarkable season, and Kingsborough’s Ardita Shaptafovic was named the Burt Beagle Sportsmanship winner.

There were also eight women who were named to the All-Conference Team, representing five different schools. Keeshell Garrett from Bronx. Ashley Brooks, Natalija Dubrovina, and Nikola Zilakova of BMCC, Janae Gibson  and Briana Johnson of LaGuardia, Pamela Suarez of Hostos, and Ardita Shaptafovic of Kingsborough.

On the senior college side, earning Coach of the Year honors for the women was Tim Shanahan of CSI, while Player of the Year honors went to Christina Pasaturo of CSI. 2016-17’s Rookie of the Year award went to Theresa Leung of Hunter. Tiffany Ruiz of Brooklyn was awarded the Burt Beagle Sportsmanship winner. 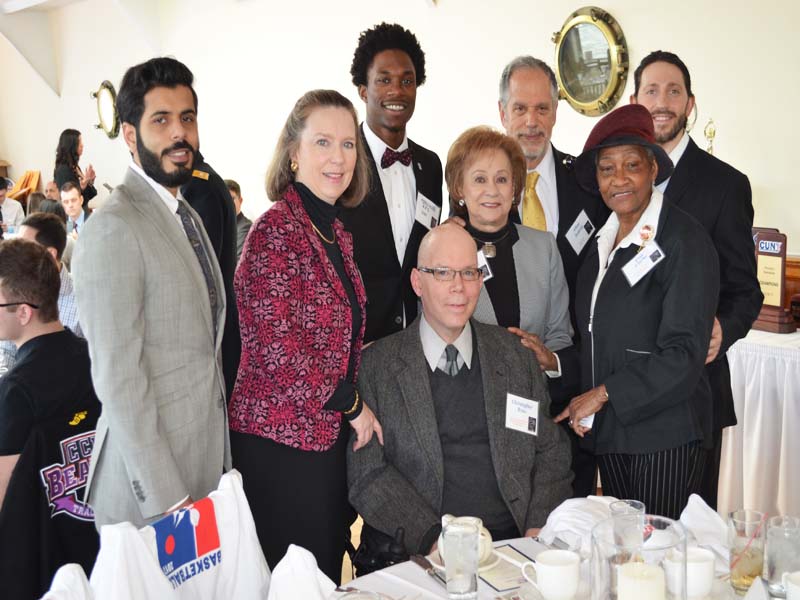 The final group of award winners were the senior college men’s basketball all-stars. CSI head coach Tony Petosa took home the hardware as Coach of the Year. Player of the Year accolades went to his star guard, Frank Schettino. Rookie of the Year went to John Jay’s Wyatt Harkins and the Burt Beagle Sportsmanship Award went to Baruch’s Dwayne Brydie. 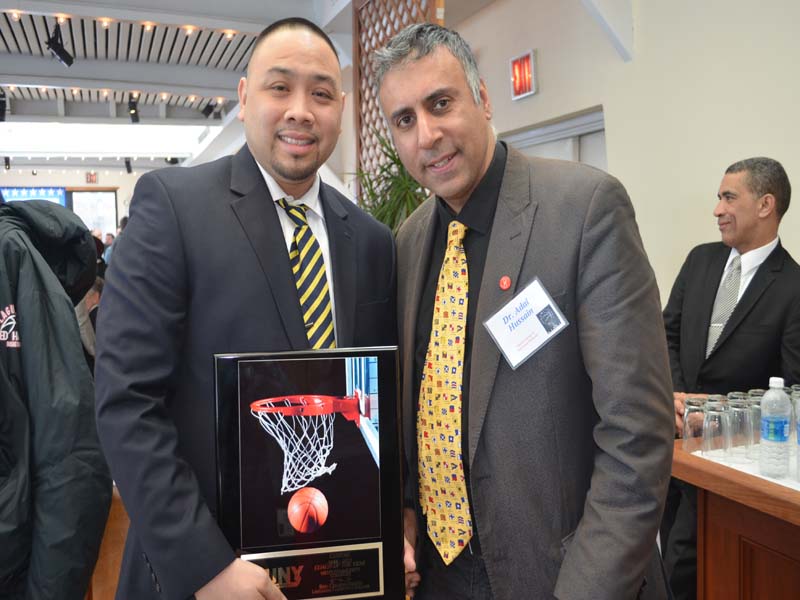