Humanitarians of the World Inc, (HOTWINC), did there Thanks Giving  & Christmas Homeless Presentation, here in New York , to  Homeless individuals living on the streets , sleeping on park benches, on subway trains, under card board boxes and if they are lucky they might find a  bed in a homeless shelter. 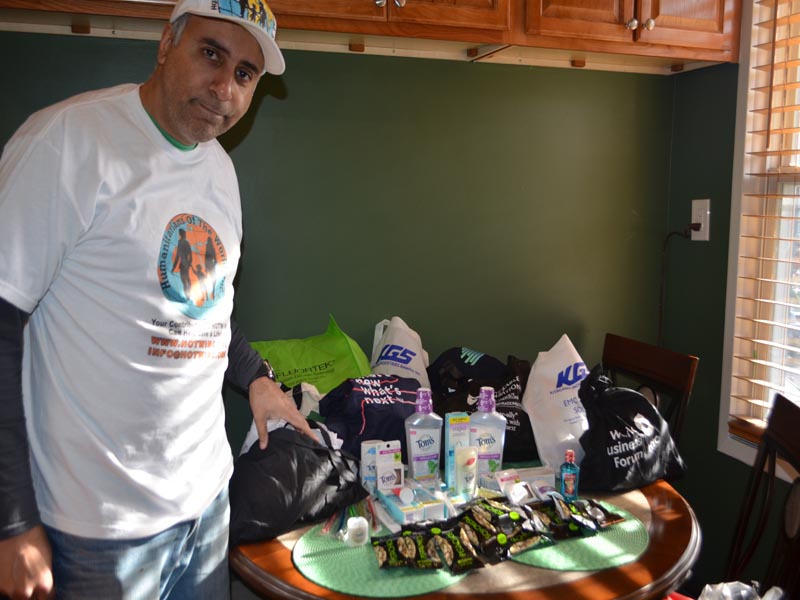 Each bag contained, tee shirt, hat,  2 pairs of socks , water bottle, toothpaste with tooth brush, other hygiene products, and healthy snacks for them to enjoy, all this was packed in a tote bag which they can use over and over again.

A lot of them were scared on being on camera, since a lot of them are from south America living on the streets with no legal status, they were scared that if ISIS finds them that they will be deported back to their countries. 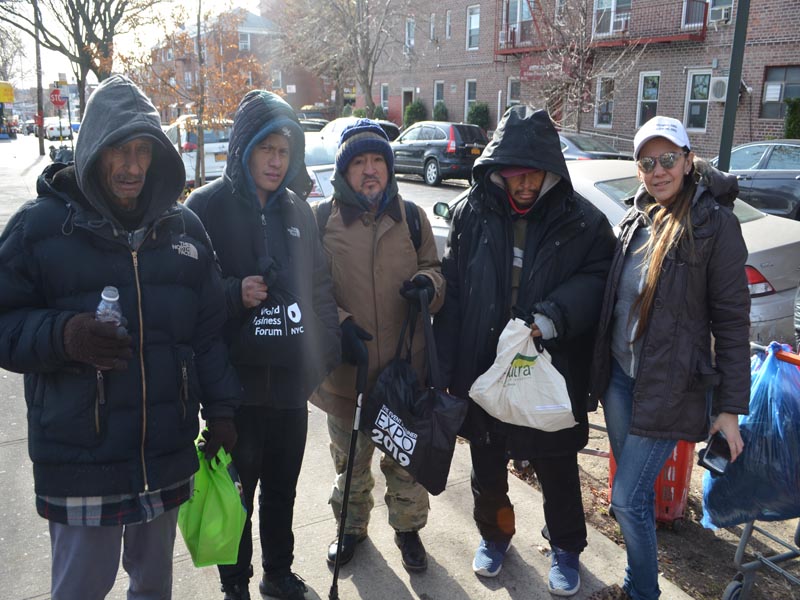 We had a couple of people who were brave to share their stories with us,  on such person was Carlos, who has been living on the streets for the past seven years, he was working had one room he was sharing, he worked as a busboy in a restaurant in the city, one day his boss laid him off , and he went on to tell us he had no family or friends here to help him, the landlord told him to move, since he was not able to pay his rent, for his room.

So he left slept on a bench in a park, he had 2 plastic bags which had his clothes in and he met few other people who were also homeless , living on the street who he started being friends with, they taught him about the food pantries, shelters and how to survive  the streets. 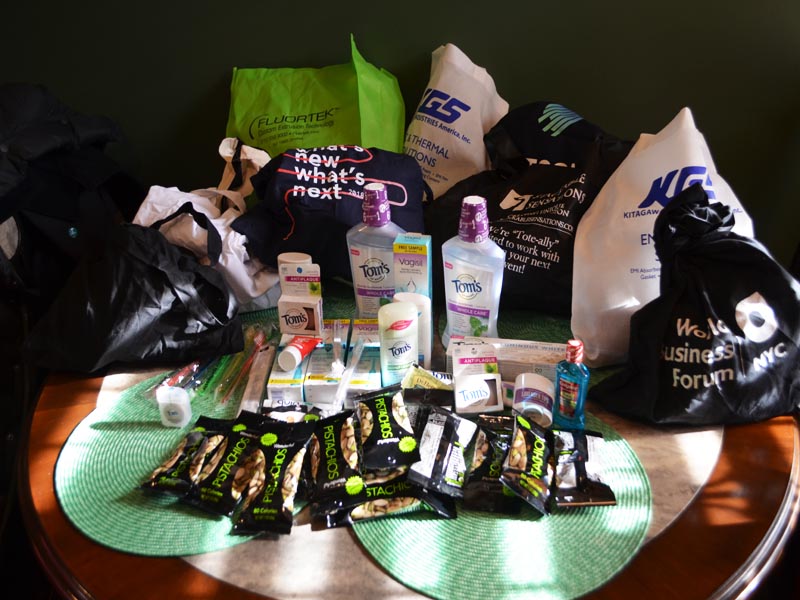 When asked why he did not stay in the shelter he went on to say that , he did go one time and while he was sleeping a man tried to rob him and rape him, so he ran out of the shelter, since that time he never went to any shelters because of the bad experience he had.

Since then he has been drinking Alcohol, taking Drugs and sniffing glue to get high, he told us he has given up in life, and does not see his life getting better. 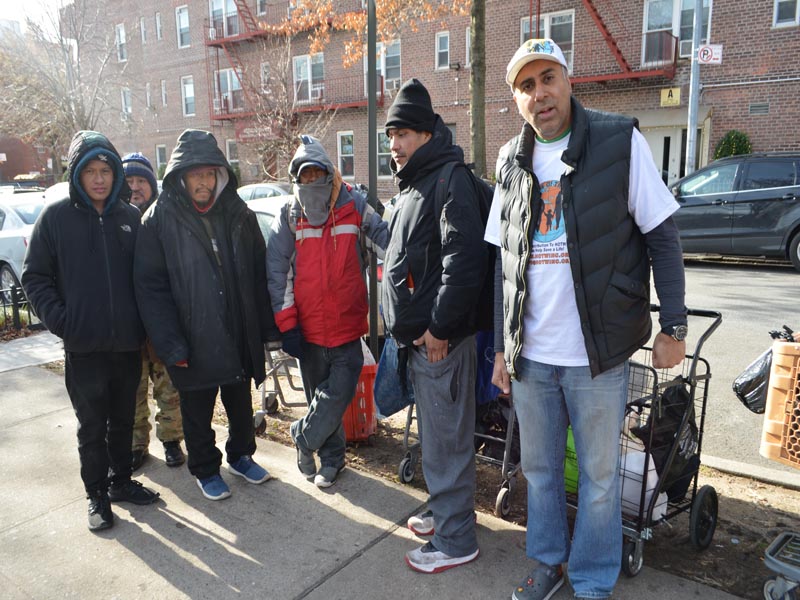 The other person who spoke to was , Florencio, who actually lost his whole left arm through an accident on the subway station, he told us he was working before as an busboy in a restaurant in Queens, after he was taken to the hospital , he had to have his arm amputated ,because it got infected .

After he left the hospital, he told us he had nowhere to go, he lost his room he was renting and he was not able to get his things back the landlord had thrown them away.

Now florencio is living on the streets, eating in pantries, throughout New York City, gets clothing from different charities, from time to time he stays in a shelter, when it’s brutally cold in the winter.

Humanitarians of the World Inc, (HOTWINC), has been helping people like Florencio and Carlos throughout many years, giving food and basic necessities, to the people who need it most. 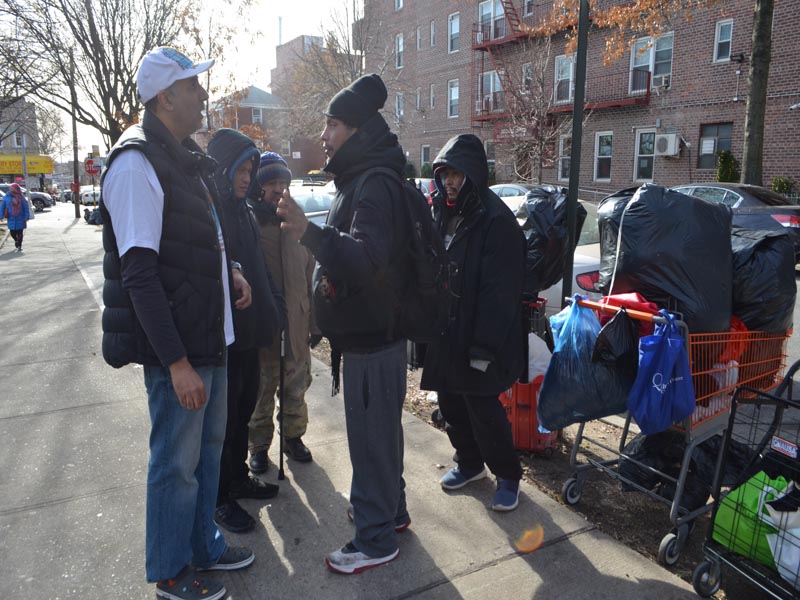 On May 25, 2007, H.A.D was transitioned to Humanitarians Of The World Inc, (HOTWINC), which expands on the basic principles, concepts and ideologies of the former organization

Humanitarians of the World, Inc. (HOTWINC), is also a not for profit 503(c) tax exempt organization.

One of the goals of HOTWINC is to broadcast Humanitarian activities taking place throughout the world via its official online TV, “World Liberty TV Humanitarian Channel” located at www.worldlibertytv.org.

Another goal of the organization is to recognize those individuals and entities that provide humanitarian services through charitable acts or activities throughout the world. Medals of recognition will be awarded to those whose humanitarian efforts assist, support, and further the economic, social, mental and physical well-being of the underprivileged, disenfranchised, suffering and/or downtrodden people of the world, as a way of honoring them at the annual fundraising galas, and eventually HOTWINC Hall of Fame annual events. 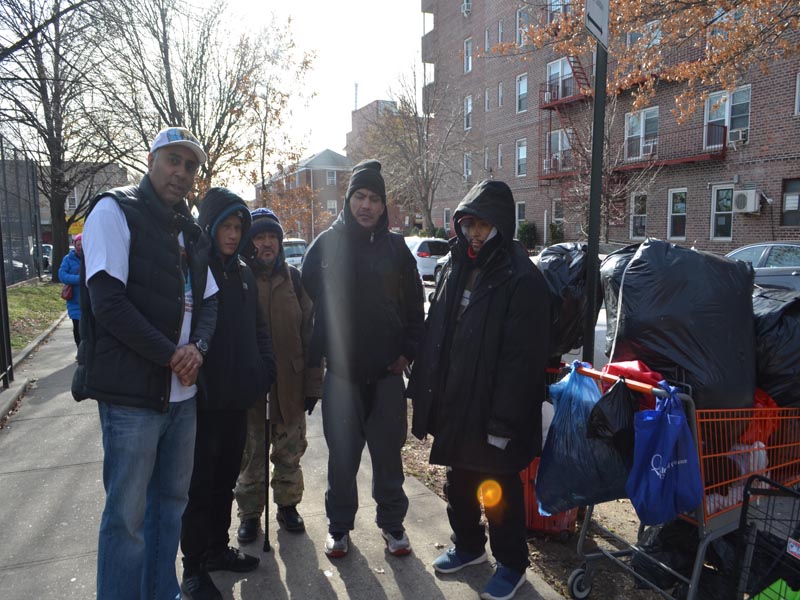 Humanitarians Of The World Inc. does not receive federal, state or city funding but raises money through charitable contributions made by corporate or private concerns.

The members of HOTWINC are caring community minded people that give their time and funds, to help those less fortunate and in dire need of assistance. The very essence of the organization’s foundation is the humanitarian causes it serves.

Seventy five percent of the money HOTWINC receives through fundraising and other charitable activities will fund the organization’s humanitarian causes.

Our Motto is Your Contribution to HOTWINC, Can help save a life, feel free to contribute by clicking here.