The Paley Center for Media announces the agenda and speaker lineup for its 28th Annual Paley International Council Summit “Forging New Horizons: The Next Era for Media.” Taking place Tuesday, November 8 and Wednesday, November 9, the Summit will be live and in-person for the first time in three years at The Paley Museum located in the heart of New York City.

The global Summit will bring together international dignitaries, thought leaders, and the most prominent executives across industries – including media, entertainment, sports, music, telecommunications, and technology, to address topical issues in tech and media that are poised to determine the course of business, globally, in the future. The Paley International Council Summit is co-chaired by Frank A. Bennack, Jr., Chairman of The Paley Center for Media and Executive Vice Chairman and former CEO of Hearst. 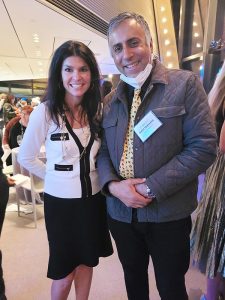 “The 28th Annual Paley International Council Summit, Forging New Horizons: The Next Era for Media, brings dignitaries from across the world together to discuss important issues and topics around the next generation of media,” said Frank A. Bennack, Jr., Chairman of The Paley Center for Media and Executive Vice Chairman and former CEO of Hearst. “We look forward to reconvening international dignitaries and thought leaders and learn from their key insights around our ever-evolving industry.”

“We’re thrilled to celebrate the in-person return of the 28th Annual Paley International Council Summit at the Paley Center for Media and to continue driving the global media conversation forward as we welcome back dignitaries and CEOs from the most influential companies from around the world,” said Maureen J. Reidy, the Paley Center’s President and CEO. “Thank you to our sponsors Hearst, Nielsen, Verizon, and The William S. Paley Foundation for making this signature event possible.” 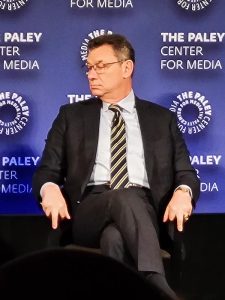 Some of the speakers included: Strauss Zelnick, Chairman and CEO, Take-Two Interactive Software, Inc. ,Ynon Kreiz, Chairman and Chief Executive Officer, Mattel, Inc. The Next Era for Media: How a Changing World Is Impacting the Way We Connect Speaker: 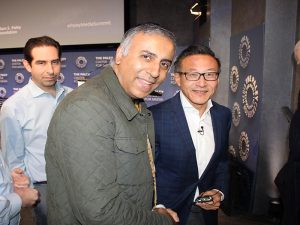 From music to sportswear, real estate, and currency, brands, businesses, and investors are positioning themselves to make the most of immersive technology like Web3 and augmented/virtual reality. But is the metaverse truly the digital utopia that many believe will usher in the future of content, advertising, and entertainment? 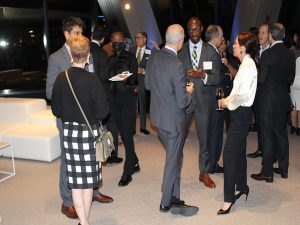 Positioning for the Future: How Business Is Forging New Horizons for a Post Pandemic Global Economy  Speakers:  Dr. Albert Bourla, Chairman and Chief Executive Officer, Pfizer  and Edward Skyler, Executive Vice President, Global Public Affairs, Citi, Geopolitical upheaval has complicated an already fraught transition to the “new normal” for media businesses and all organizations in just about every country and across every sector. Hear how today’s headlines and a completely reimagined, post-pandemic workforce impact corporate strategy. 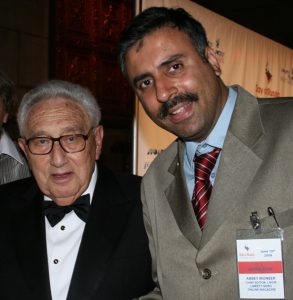 As we look towards 2023, it has become clear that society now engages with global events from war to  pandemics to increasing political division by leveraging all the tools of the modern media landscape. Join  visionary leaders Dr. Henry Kissinger and Frank A. Bennack, Jr. as they share unparalleled insight into  how new levels of interconnectivity impact global events—like Russia’s invasion of Ukraine and China’s  place in the current balance of power.

About The Paley Center for Media The Paley Center for Media is a 501(c)(3) nonprofit organization that leads the discussion about the  cultural, creative, and social significance of television, radio, and emerging platforms, drawing upon its  curatorial expertise, an international collection, and close relationships with the media community. The  general public can participate in Paley programs in both New York and Los Angeles that explore and  celebrate the creativity, the innovations, the personalities, and the leaders who are shaping media. The  public can also access the Paley Center’s permanent media collection, containing over 160,000 television  and radio programs and advertisements. Through the global programs of its Media Council and  International Council, the Paley Center also serves as a neutral setting where media professionals can  engage in discussion and debate about the evolving media landscape. Previously known as The Museum of Television and Radio, the Paley Center was founded in 1975 by William S. Paley, a pioneering innovator in the industry. 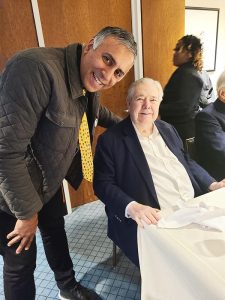 Dr Abbey with Frank A Bennack Chairman, The Paley Center for Media 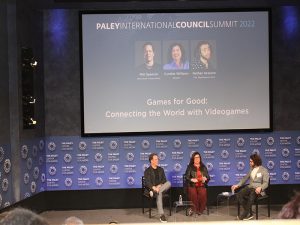 Games for good panel in progress

Close to 200 people were in attendance for the 2 days’ period, it truly was a great event, who is who of ,the media world. Chairman’s reception was well attended at the Hearst Tower.

See More about The Paley International Council, in our World Liberty TV, Business Channels and Blogs by clicking here.