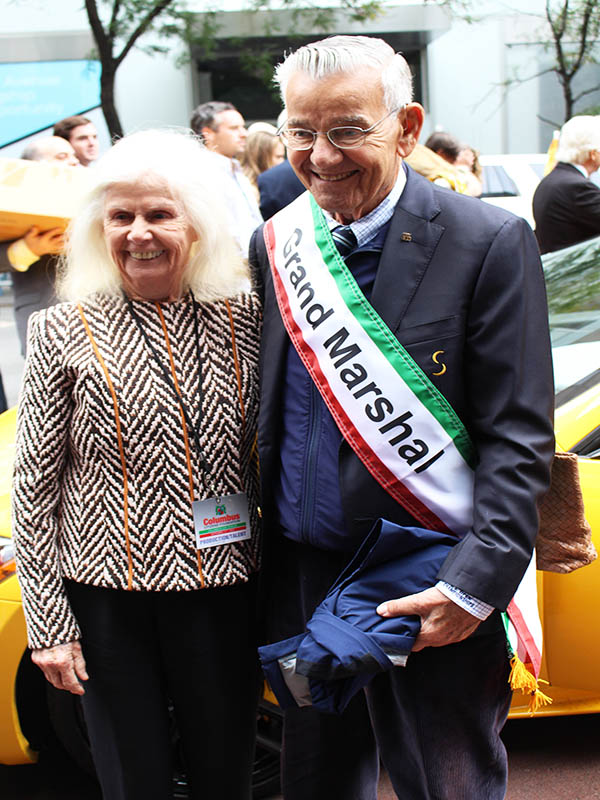 Michael Pascucci, Chairman of Duck Pond Associates, Served as Grand Marshal of the 77th Annual Columbus Day Parade and Will Lead the Line of March with Over 100 Marching Groups Including Musical Bands, Italian American Cultural Institutions and Colorful Floats. 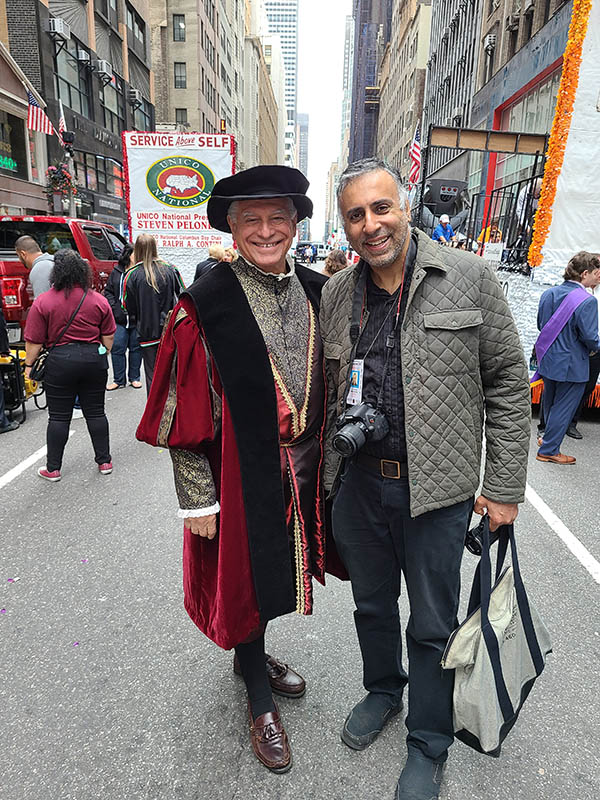 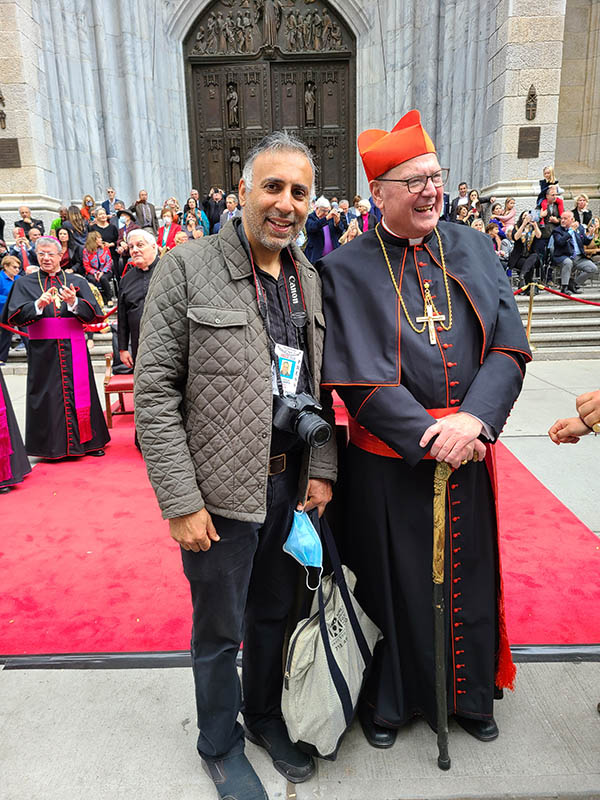 The Parade will run north up Fifth Avenue, from 47th to 72nd Streets from 11:30 AM to 3:30 PM. The 2021 Honorees Joe Gurrera, owner of Citarella, and Jodi Pulice, founder and CEO of JRT Realty Group will help kick off the celebration. In addition, Daniel A. Nigro, Commissioner of New York City Fire Department, who will receive the 2021 Humanitarian of the Year Award, will join the others at the front of the Parade. 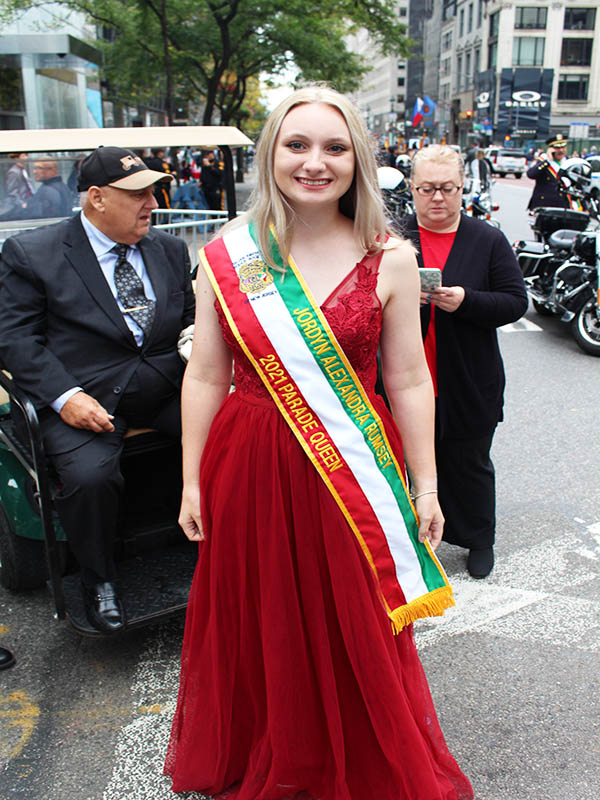 The Columbus Citizens Foundation, a nonprofit organization dedicated to the celebration of Italian heritage and the creation of opportunities for younger Italian Americans, organizes the Columbus Day Parade in New York City every year. 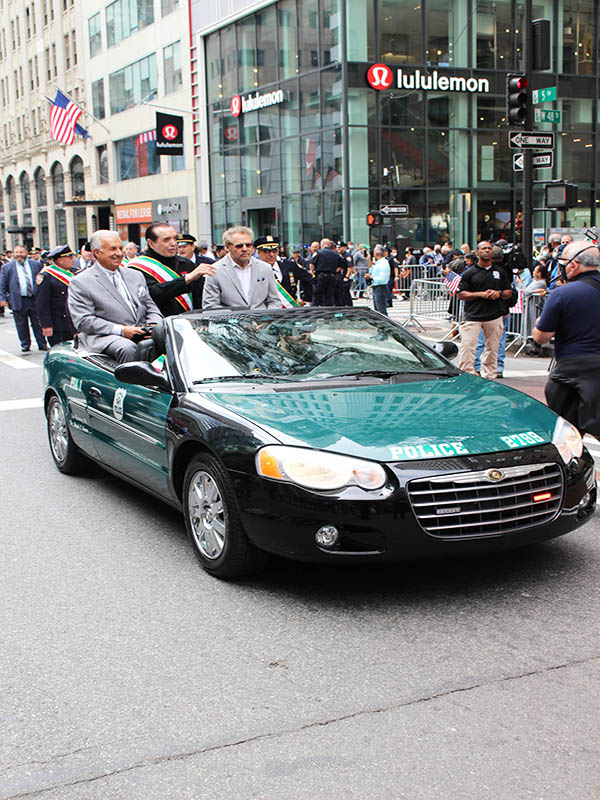 ABC reporters Ken Rosato and Sandra Bookman, along with actor and radio host Joe Piscopo will host the broadcast, serving as Masters of Ceremonies for the largest Columbus Day Parade held in the United States. 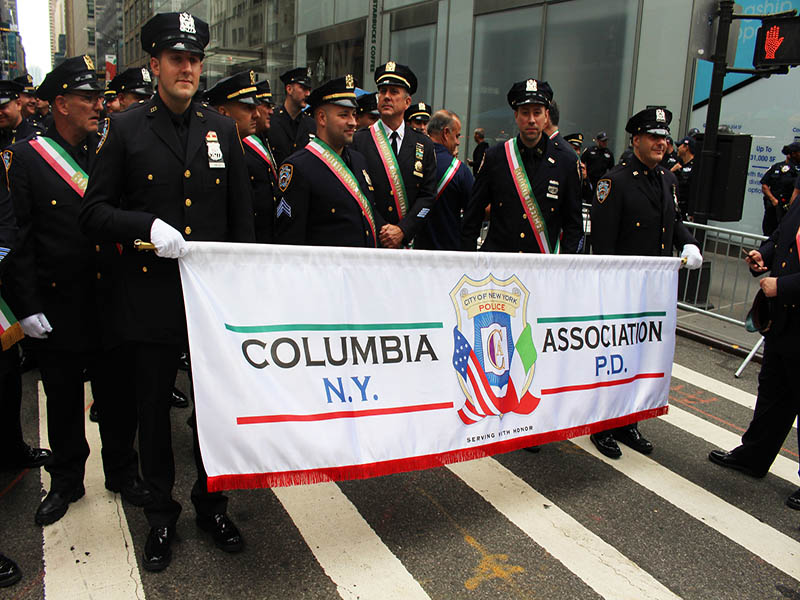 They will be joined by ABC talent Lauren Glassberg and Juliet Papa from 1010 WINS. Writer, performer, and comedian Paul Costabile will introduce the musical performances on the red-carpet stage. Viewers on Fifth Avenue and watching on WABC-TV can expect to see a wide variety of marching groups, parade floats, vehicles, and marching bands. 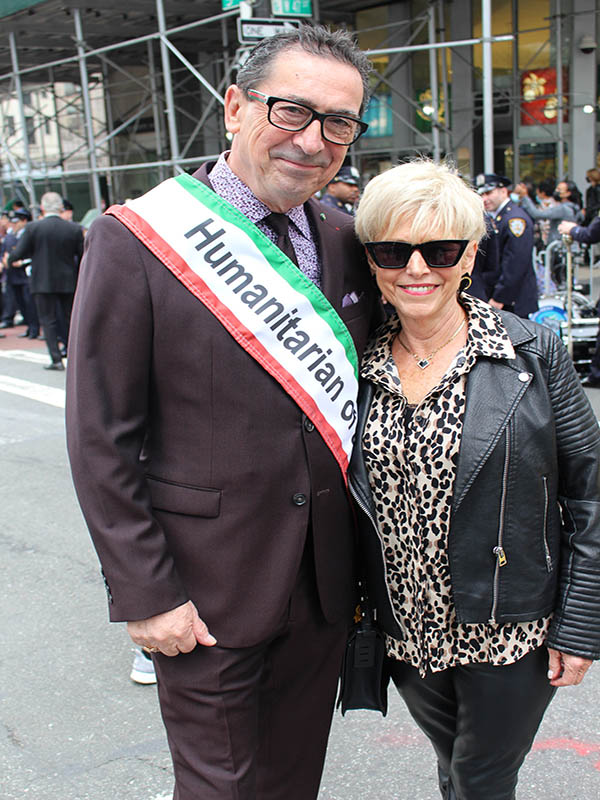 Marian Pardo, President of Columbus Citizens Foundation, said of this year’s event: “We hope that New Yorkers of all backgrounds will join us in celebrating the Italian American culture and our community’s many accomplishments. While celebrating our achievements, we recognize the courage and accomplishments of all the immigrant communities that make our city and our country great. Having been the first parade in 2001 to follow the tragic events of 9/11, we are especially proud to once again lead the city in celebrating the nation’s strength, our rebounding from that tragedy and the tragedy of Covid but most especially leading in creating a union among us all, staying true to our Parade’s themes of resilience, recovery and reunion.” 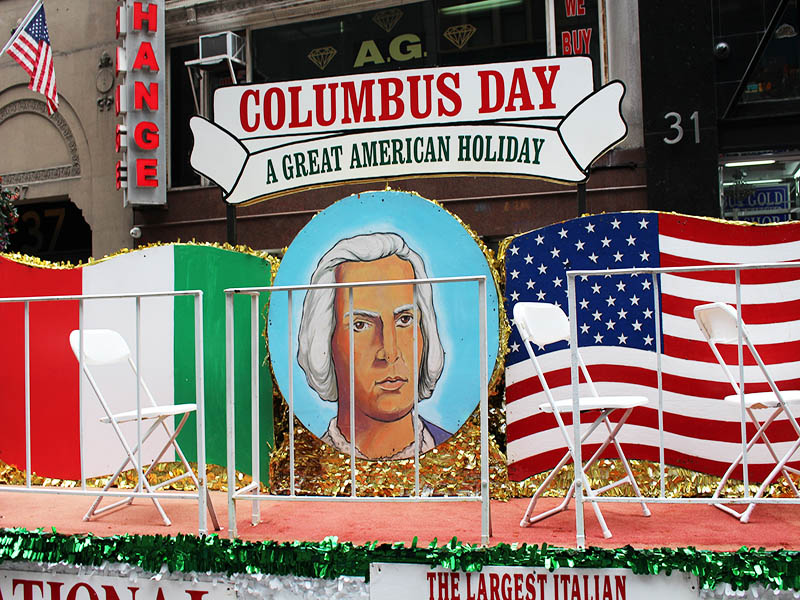 There will be a variety of red-carpet performances (on Fifth Avenue between 68th and 69th streets) including: Carnegie Hall performer Anthony Nunziata; world-renowned singer Giada Valenti; and Vanessa Racci and Charlie Romo, who will pay tribute to Italian American greats Connie Francis and Bobby Darin. Kicking off the musical performances will be West Point Academy’s Military Band, performing “The Flag Still Flies High.” 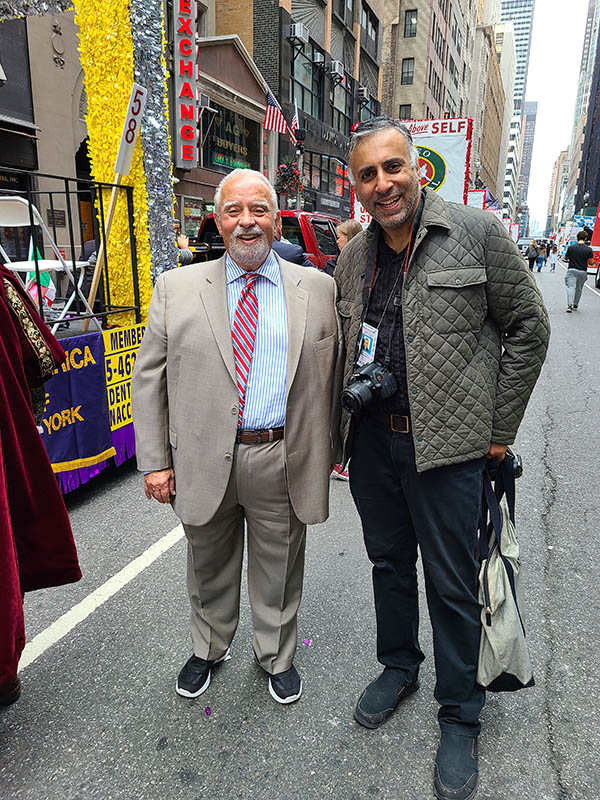 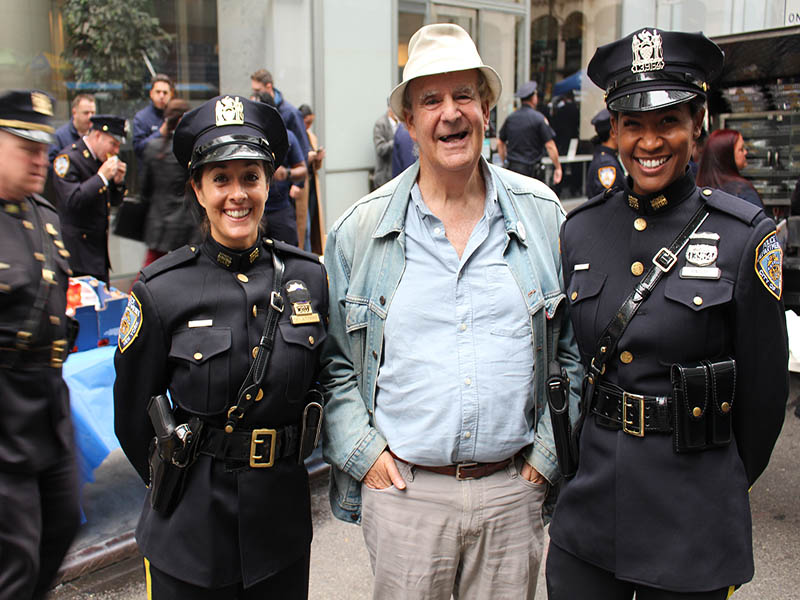 “This is Indigenous People’s Day and I have a proclamation arriving shortly. I also want to celebrate the heritage of the thousands of Italian Americans who came here as immigrants like my relatives came from Ireland, many came from Italy, and they have made incredible contributions to the world of hospitality, entertainment, and business, and it’s also an opportunity to honor them as well. 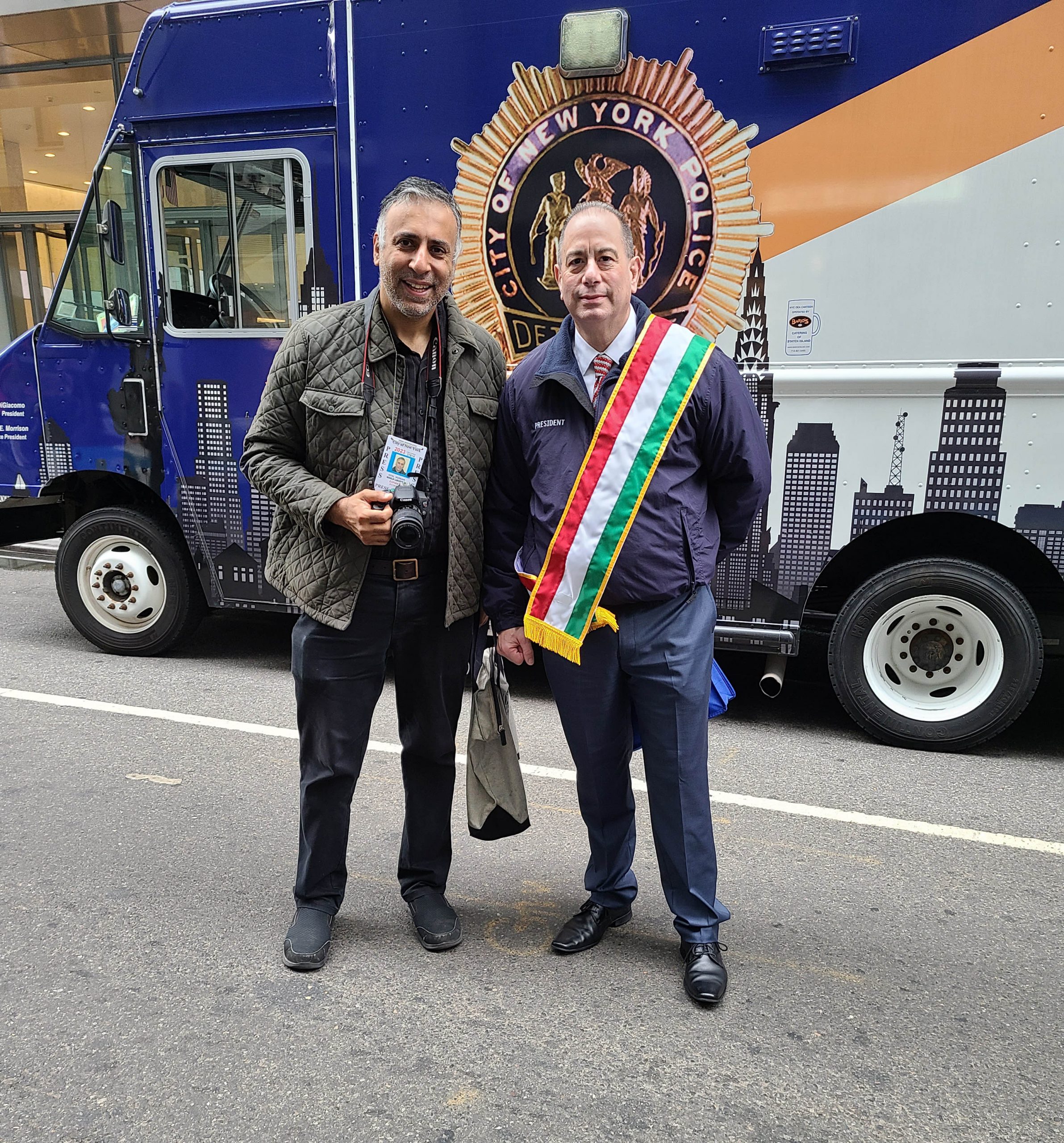 We are doing it all here today. It’s what New York is about, it’s all inclusive,” Hochul said. “Let celebrate! This is the first holiday parade we have been able to have [with spectators] since pandemic hit. So, this is a great day for New Yorkers.”

Many spectators gathered outside of St. Patrick’s Cathedral to watch the exuberant extravaganza alongside Cardinal Dolan, even posing with Mayor de Blasio for attendees and press. 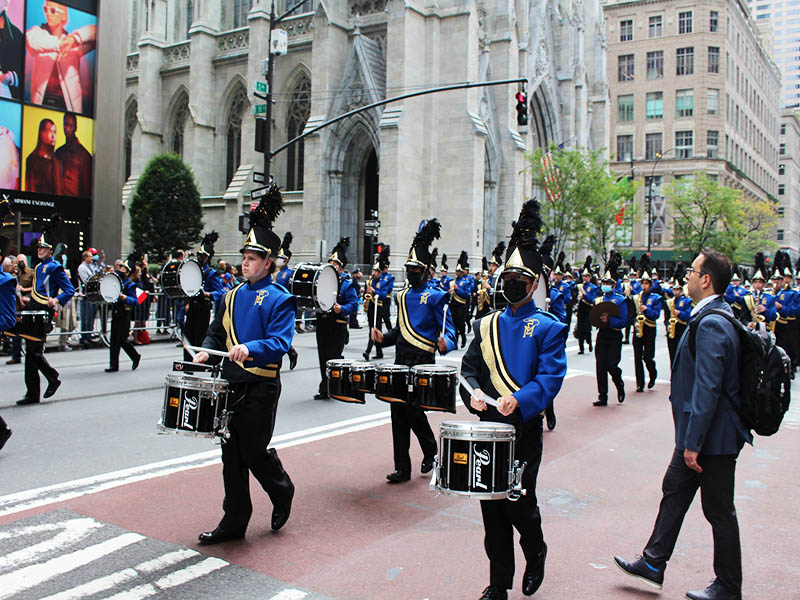 Many bands marching in the Parade

In recognition of the trauma that Covid caused the country, there will be a float this year honoring first responders and featuring the Santa Rosalia Society. Santa Rosalia is the patron saint of Palermo and is renowned for ridding Sicily of the plague. On-air segments during the broadcast will feature a variety of stories demonstrating how Italian Americans are helping the city bounce back from the pandemic, and a special segment of the on-air telecast will pay tribute to the 20th anniversary of 9/11. 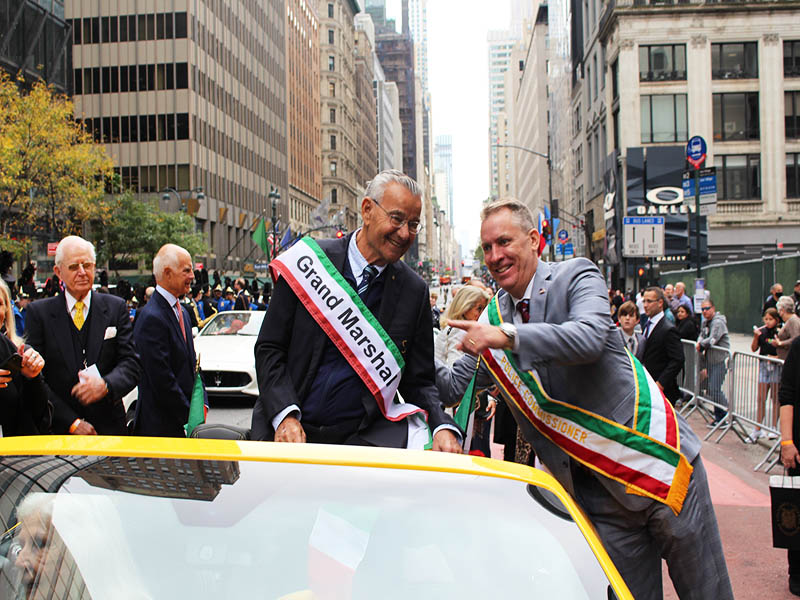 The Columbus Day Parade is the highest profile event in as a series that includes: a fundraising Gala dinner to acknowledge the honorees; a ceremonial wreath-laying held in conjunction with the National Council of Columbian Associations in New York on Sunday, October 10th in Columbus Circle; and a series of cultural programs to celebrate Italian Heritage Month. 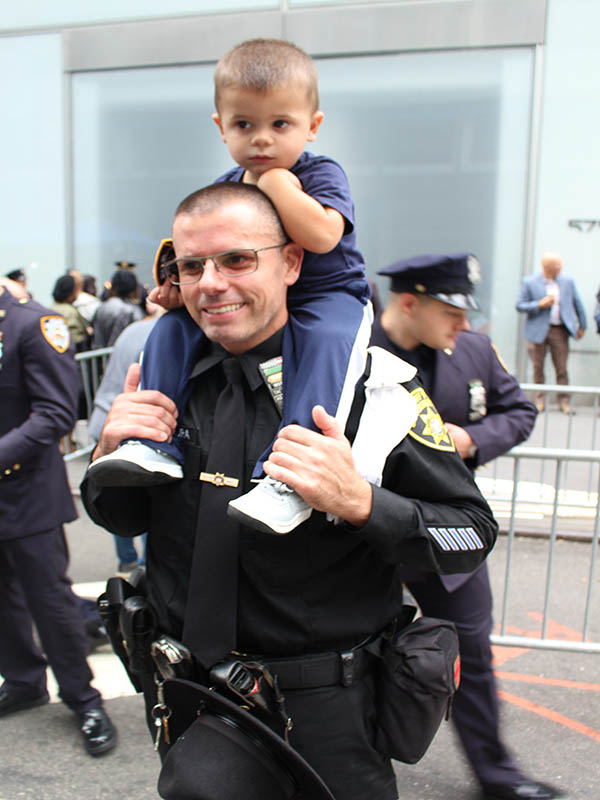 The Youngest Attendee at the parade with his father

About the Columbus Citizens Foundation: The Columbus Citizens Foundation is a non-profit organization in New York City committed to fostering an appreciation of Italian American heritage and achievement. The Foundation, through a broad range of philanthropic and cultural activities, provides opportunities for advancement to deserving Italian-American students through various scholarship and grant programs. The Foundation organizes New York City’s annual Columbus Celebration and Columbus Day Parade, which has celebrated Italian-American heritage on New York’s Fifth Avenue since 1929. 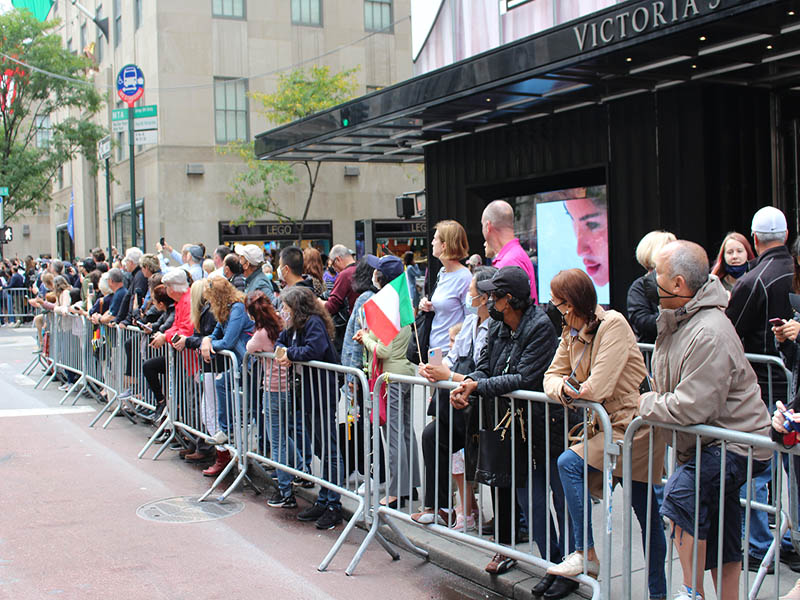