When you have 5,000 attendees huddled in one headquarters hotel and one convention center, you have the makings for networking on a grand scale. Capped off with a 7-hour trade show on Wednesday, December 7, there are several additional opportunities to meet old friends and make new ones. 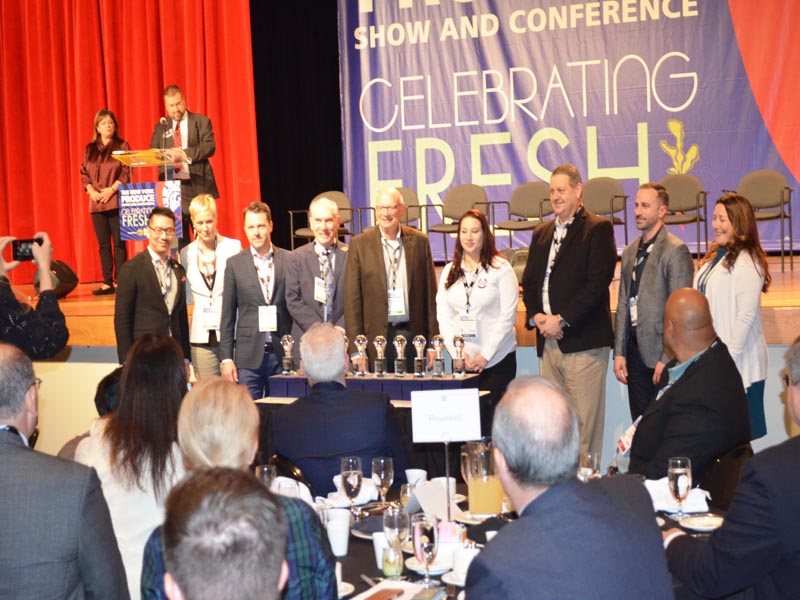 Monday’s Cornell/Produce Business Foundational Excellence Program: is a great way to meet newer members of the produce and floral industry as they participate in a one-day immersion to learn about the latest trends and issues affecting their careers. 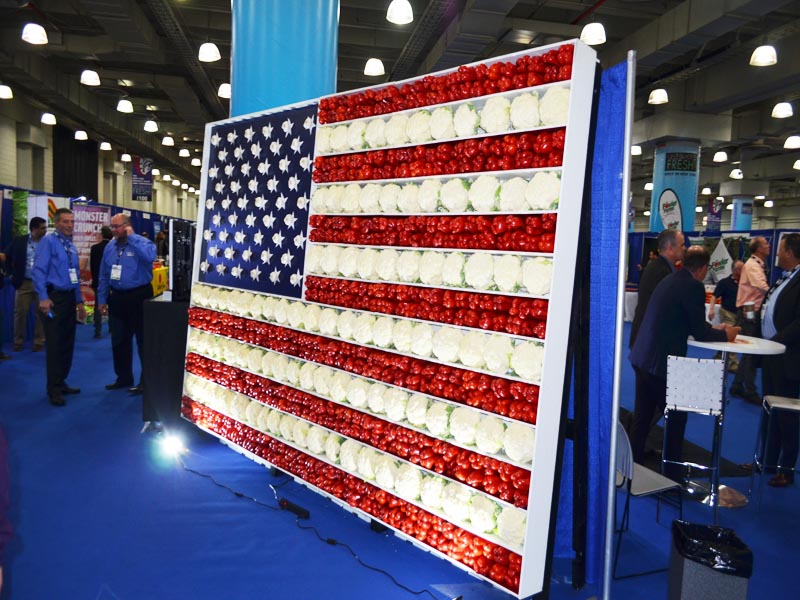 American Flag made with Vegetables 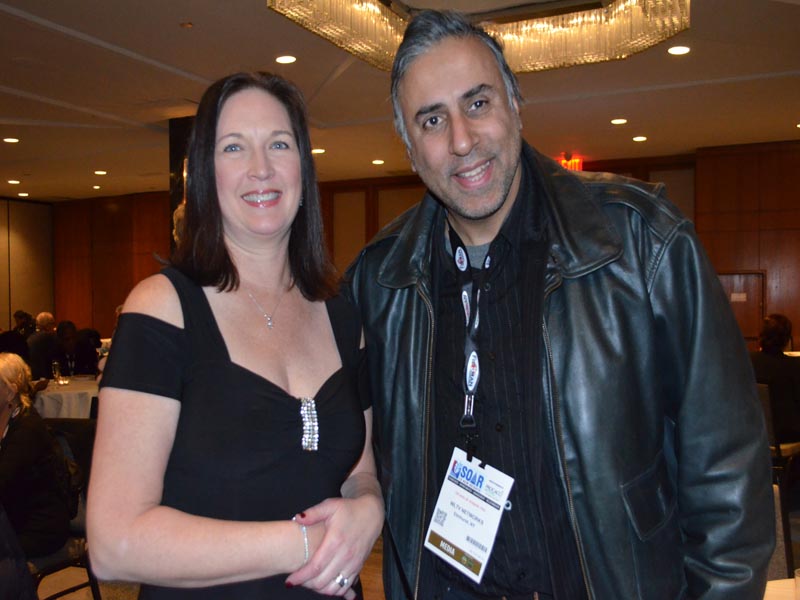 The Global Trade Symposium : is a unique opportunity to network with global traders, marketing organizations and governmental agencies as they discuss the Future of Produce Importing and Exporting. In addition, exhibitors who set up their Trade Show booths will be treated to refreshments and networking at the Jacob Javits Center. 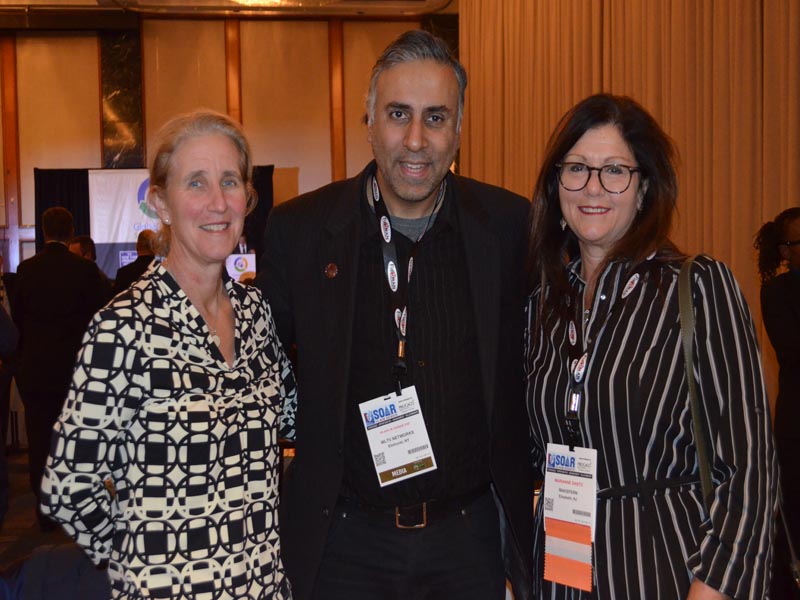 Finally, one of the best industry networking opportunities of the year happens at the New York Hilton from 6pm – 8pm as attendees Celebrate Fresh at the Opening Cocktail Reception. 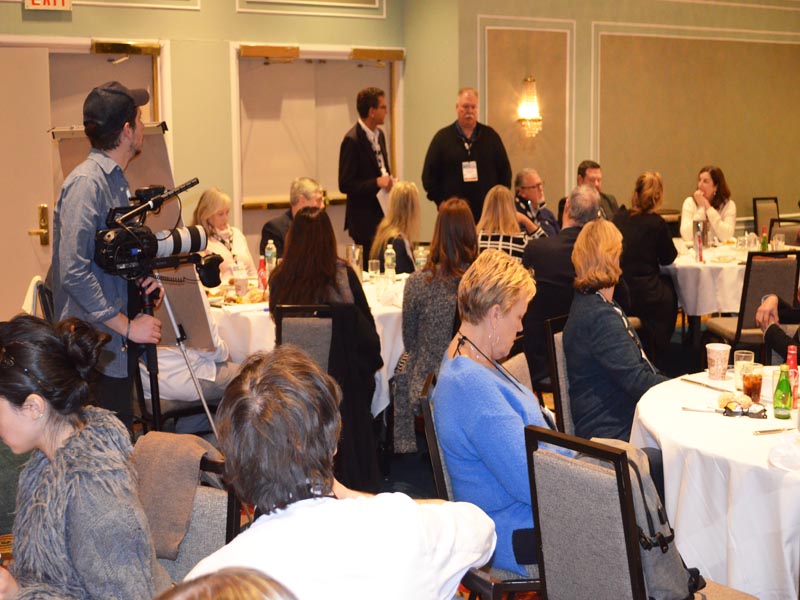 Wednesday’s full load of networking activities begins with shuttle buses transporting attendees to the Jacob Javits Center for the Keynote Breakfast and Thought-Leader Panel as well as the ribbon-cutting ceremony and full day’s trade show and conference activities. Wednesday night is free for dinners and entertaining in New York City. 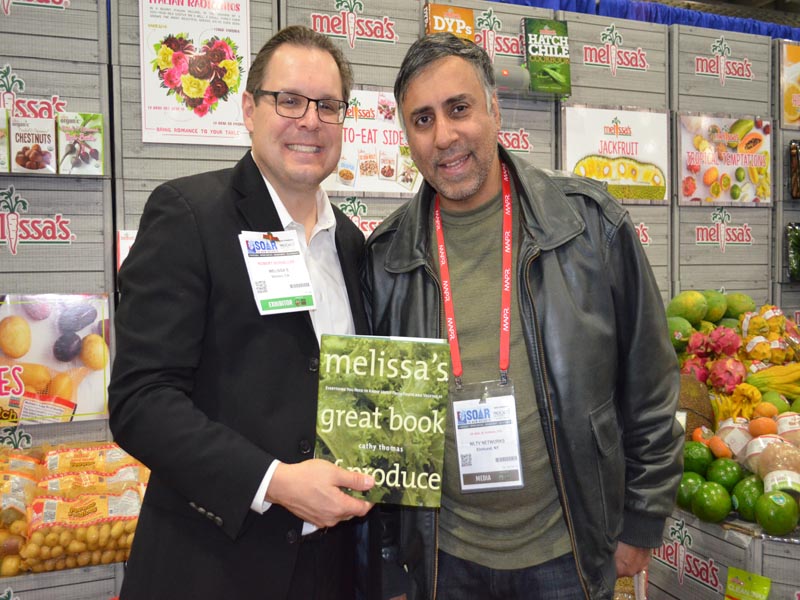 Thursday offers a choice of networking on any of our industry tours, departing from the New York Hilton, or during the IDEATION FRESH Foodservice Forum, which has unprecedented access to high-level foodservice industry associates. 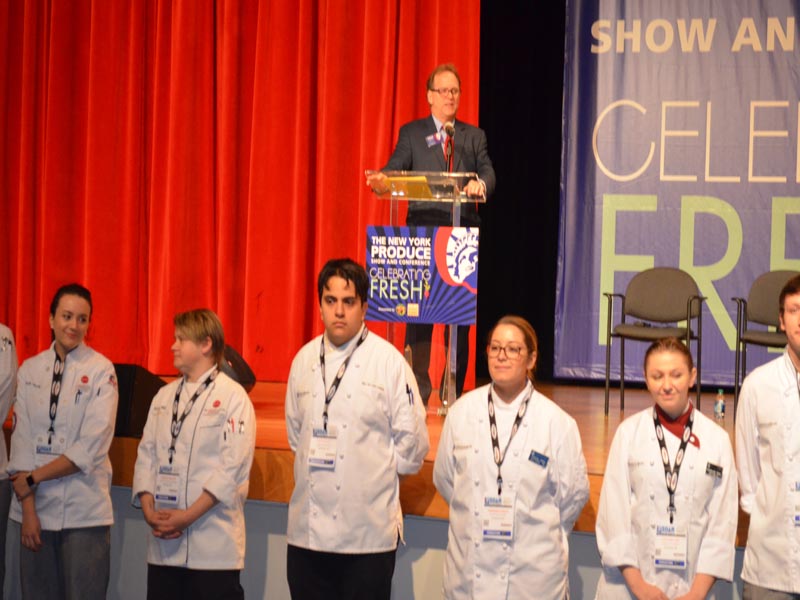 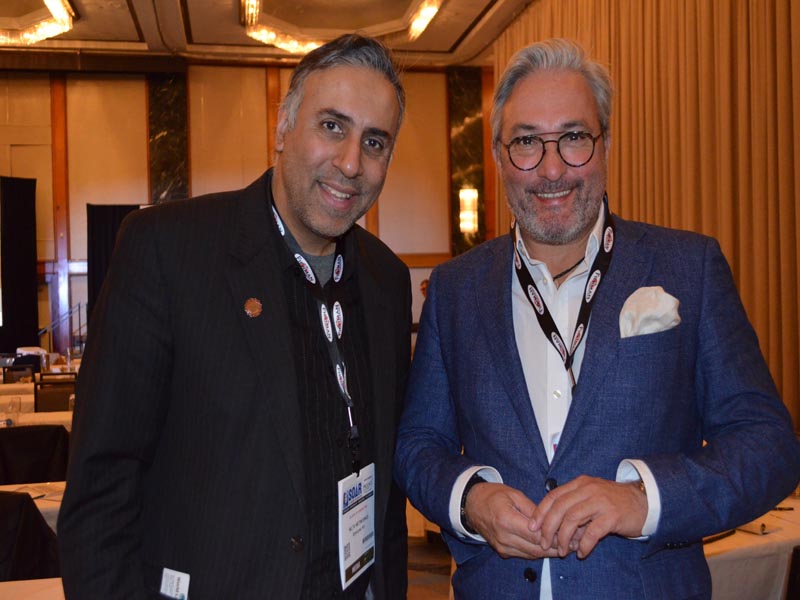 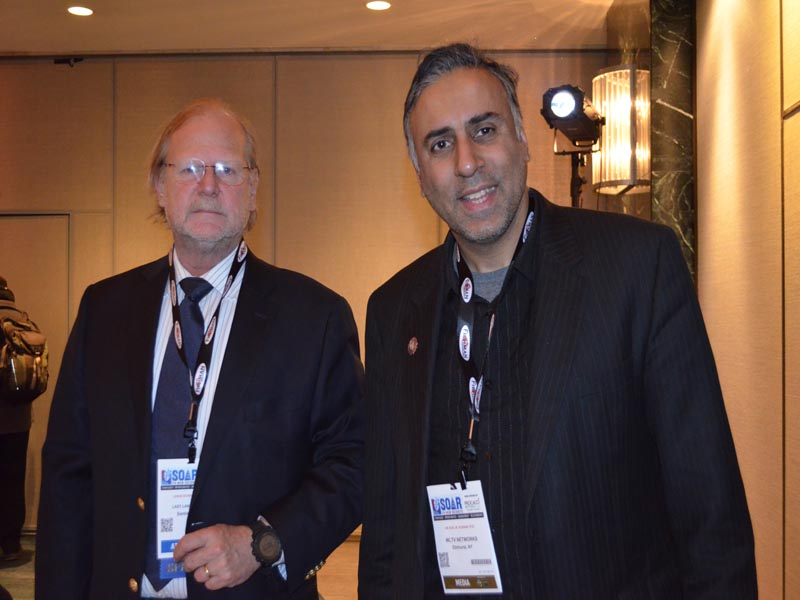 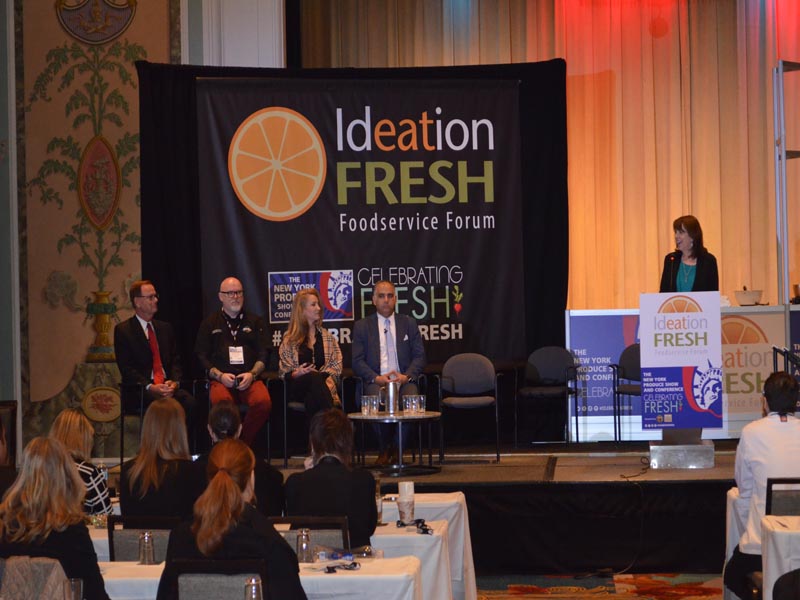 The lunch by media was very well attended additional chairs and tables were bought in , to seat additional press attending , Mrs.   Jodean Robbins Duarte Coordinator, NYPS Consumer Media Lunch ,Contributing Editor, Produce Business magazine. Has been doing these lunches for the past 9 years , and brings the best possible speakers worldwide to educate the media about the produce business, 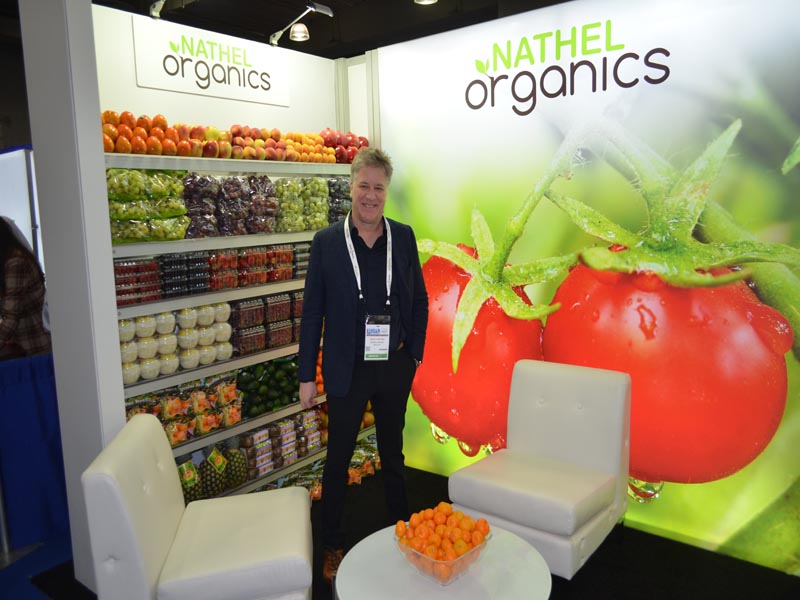 World liberty team has been covering them for 9 years , since the produce show debuted in New York City.

This 9th Annual  Produce show , was very well attended it looked like close to six to seven thousand people attended ,it was packed out at the show , the Foundational Excellence Program, The Global Trade Symposium and IDEATION FRESH Foodservice Forum were all well attended . 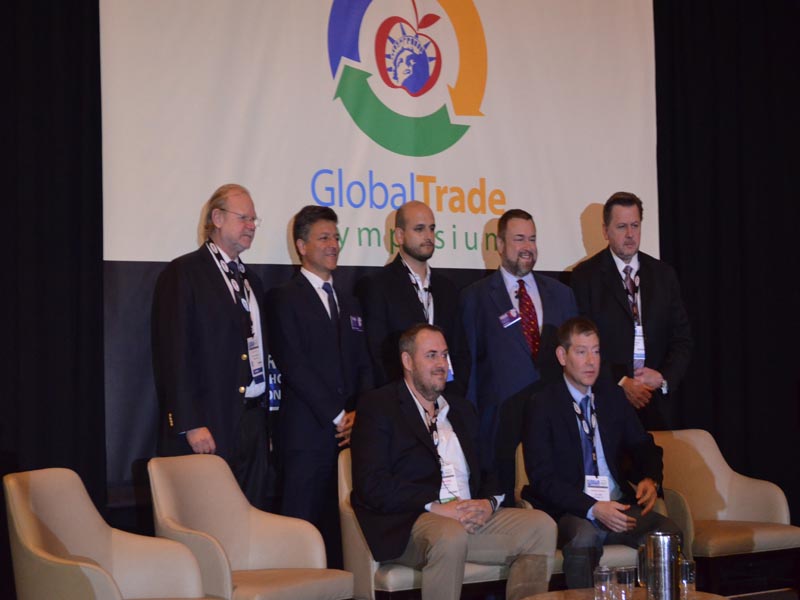 I want to recognize the two men who are putting all this together with their organization, Jim Prevor President and Editor –In-Chief Produce business, the most knowledgeable man in produce world, alongside Ken Whitacre of the Phoenix Media group. 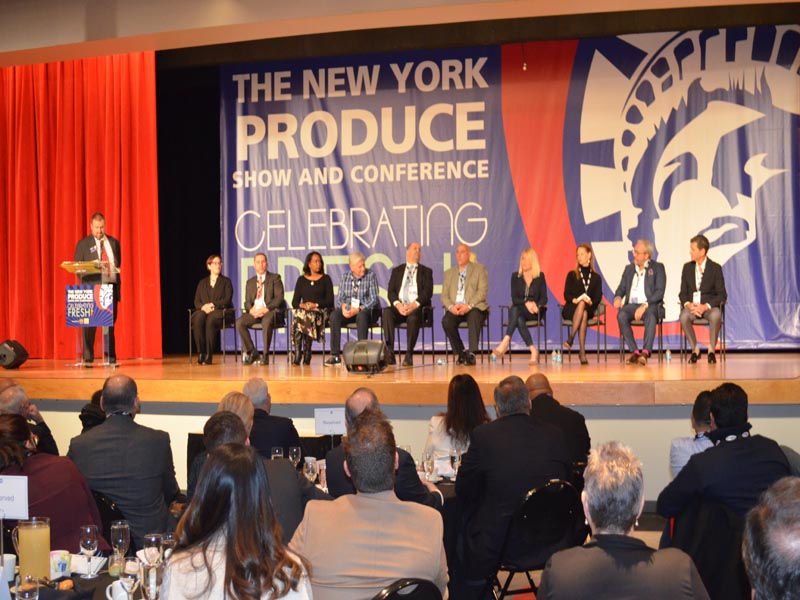