On August 21, 1878, seventy-five lawyers from twenty states and the District of Columbia met in Saratoga Springs, New York, to establish the American Bar Association. Since that first meeting, the ABA has played a formative role in the development of the profession of law in the United States. 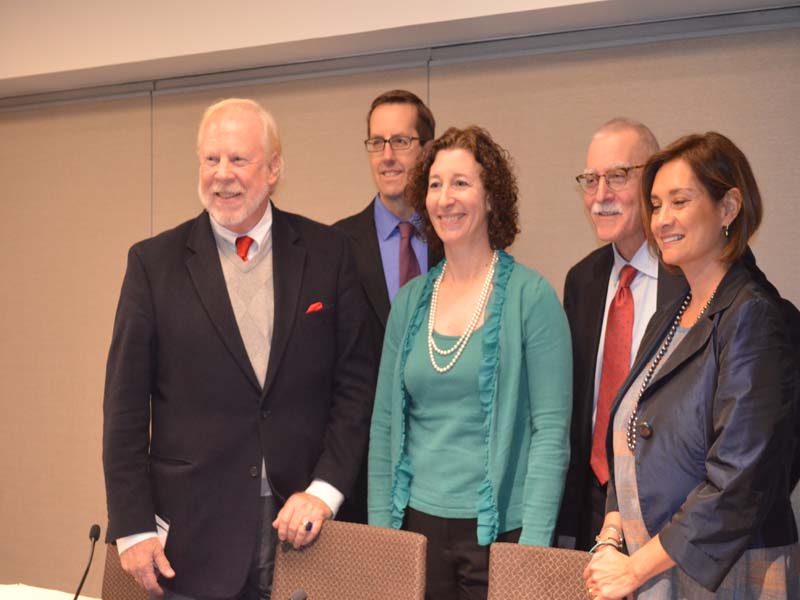 Explore the Interactive Timeline to learn about many of the significant and interesting events and people in the Association’s rich history. These compelling ABA stories are an integral part of the larger story of American law, governance, and society. Join us in celebrating the historical accomplishments of the Association and its members, dedicated to serving the American legal profession and the public.

Many panels took place at the American Bar Associations 2018 Annual Conference –NYC, talking about The Cross Border tools to settle tax disputes for private taxpayers, Big Data , Artificial Intelligence Privacy and Personal Data , NAFTA- The Next Generation , Many more panels .I have to say I had the pleasure to listening to Pentagon Papers whistleblower Daniel Ellsberg talks about the past, expresses concern for the future. 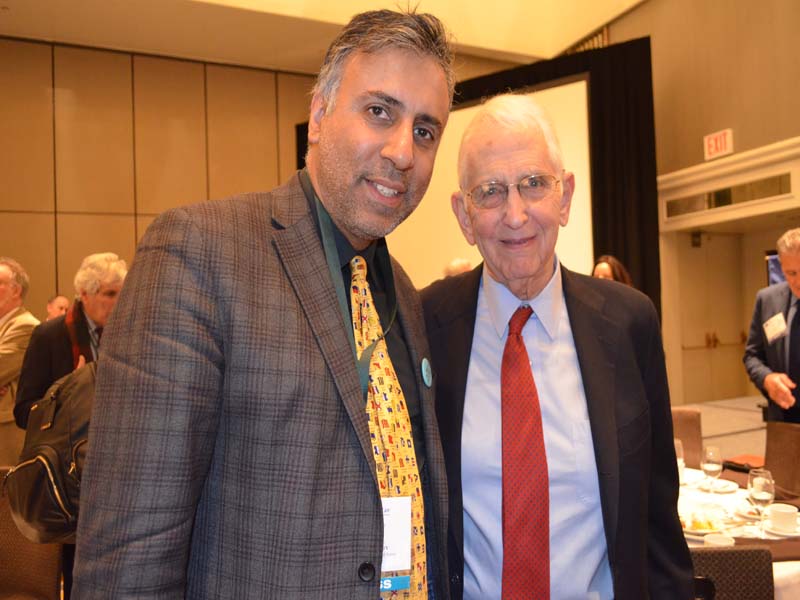 A half century later, Daniel Ellsberg, perhaps America’s best-known whistleblower, still has a story to tell and a cause to articulate. The 87-year-old Ellsberg, a former Pentagon official most closely related to the 1971 leak of the Pentagon Papers, provided a history lesson of sorts to a packed room at the ABA Section of International Law 2018 Annual Conference on April 19 in New York City. Ellsberg’s release of the Pentagon Papers through a number of newspaper documented the United States role in Indochina from World War II through around 1968 and suggested that four U.S. presidents knowingly misled the American public about American involvement there. 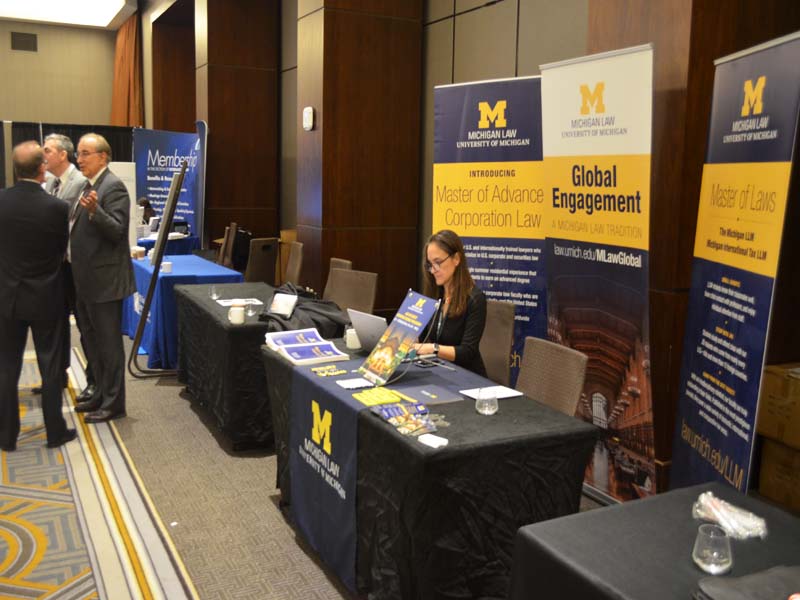 He leaked the Pentagon Papers first to The New York Times and then to The Washington Post, an effort that was chronicled in the recent movie, “The Post,” with Meryl Streep and Tom Hanks. While pleased with how he was portrayed, Ellsberg noted that the movie producers took some editorial liberty. “It’s a Hollywood movie; it is not a documentary,” he said. 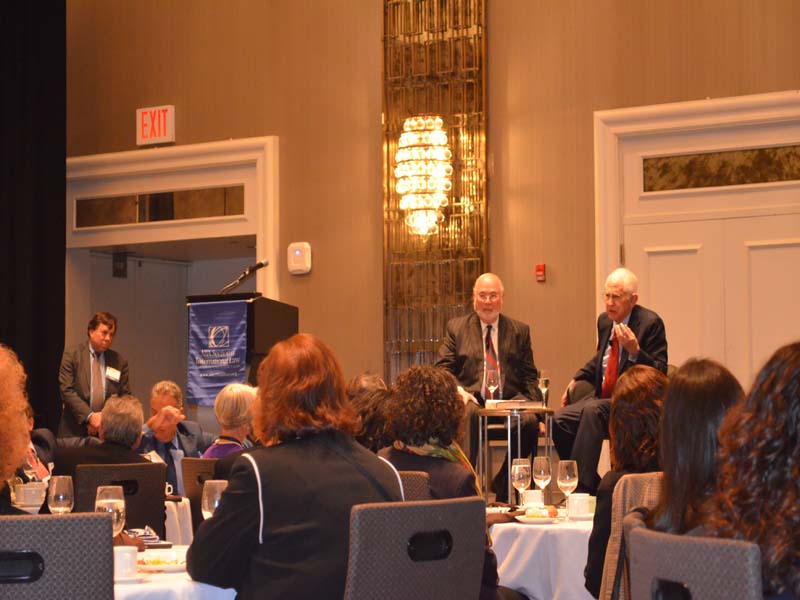 One of Many panels in progress

Ellsberg’s recent book, “The Doomsday Machine, Confessions of a Nuclear War Planner,” provides a behind-the-scenes collection of detailed descriptions of global near-calamities, flawed launch protocols and the government’s own chilling estimates of the potential carnage following a nuclear conflict. He said Vietnam was a past catastrophe of his lifetime. The ramification of a nuclear buildup is the one he fears most now.Ellsberg said the world, including the United States, “will not escape” calamity “without more moral courage in this country.”

About the ABA: The American Bar Association is one of the world’s largest voluntary professional organizations, with over 400,000 members and more than 3,500 entities.  It is committed to doing what only a national association of attorneys can do: serving our members, improving the legal profession, eliminating bias and enhancing diversity, and advancing the rule of law throughout the United States and around the world. 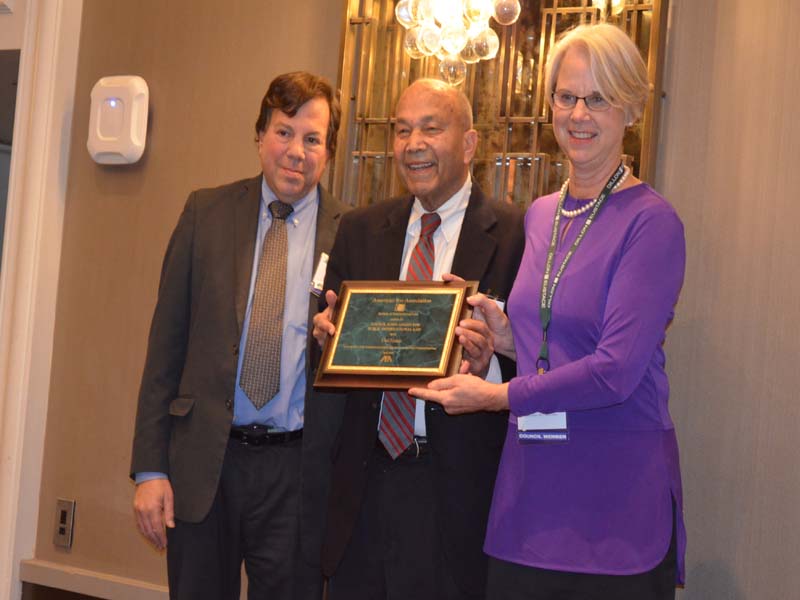 Founded in 1878, the ABA is committed to supporting the legal profession with practical resources for legal professionals while improving the administration of justice, accrediting law schools, establishing model ethical codes, and more.  Membership is open to lawyers, law students, and others interested in the law and the legal profession.Our national headquarters are in Chicago, and we maintain a significant office in Washington D.C.