On September 15th 2022, at the Marriott Fairfield from 2pm-5pm, many of Stan’s friends gathered for a Celebration of Life of Stanley Leonard Hoffman Dec19 ,1931- Feb 7, 2021. Organized by his wife Lucille Willard Hoffman. 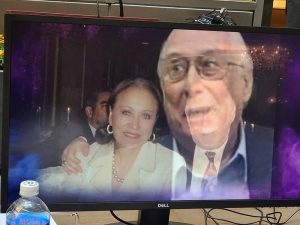 I personally knew Stan, for over 20 years, I was introduced by his wife, Lucille which we attended many events together throughout Harlem, New York City.

I attended many of Stan’s boxing press conferences, of many fighters he managed and worked with, which included Michael Bentt  , Former World Heavyweight champion, Iran Barkley former 3 division World Boxing champion and many more. I was also seated at the same table when Stan was inducted into the New York State Boxing Hall of Fame, I was seated with Rev Al Sharpton Congress member Charles Rangel and many of Stan’s family members in attendance. 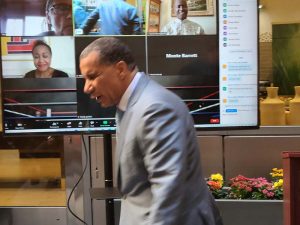 Stan was always nice with me, let me do interviews with many of his fighters. He would take time to speak with me about each of the fighters and would give you an honest opinion about the upcoming fight, he told you as it was. No nonsense guy, I loved this about Stan, many in the boxing game I have met, are fast talkers, promise the world and nothing gets done. They don’t make them like Stan anymore. I will always remember Stan this way. 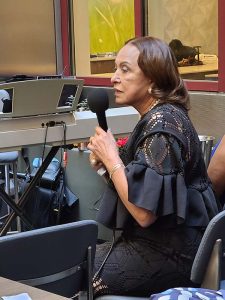 Lucille Willard Hoffman, is a beautiful woman, who also introduced me to many people to me to interview and attend events throughout the New York City. She was the one who introduced me to the legendary Congress member, Charles Rangel, who I had the pleasure of interviewing on many occasions, and attending and covering many of his private events, which included his private birthday parties at the Tavern on the Green Restaurant in New York City, which you met who is Who of the political world and many celebrities in attendance. 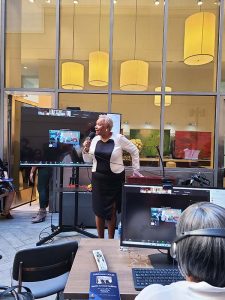 I got a telephone call from Lucille three weeks ago, she went on to say, Dr. I would be doing a Celebration of Life for Stan, and invite family members and very close dear friends Stan liked throughout the years. I was so honored to hear this when Lucille told me this and I told her immediately I will be there. I had 5 events that day, I had to attend, but passed on them because I wanted to attend my dear friend Stan the Man’s Celebration of Life.

So I told Lucille , I will attend, if I can showcase the Life Celebration of Stan, in our World Liberty TV, Boxing Channels and archive it , so many people who did not attend the celebration, I can send a link to them to view. 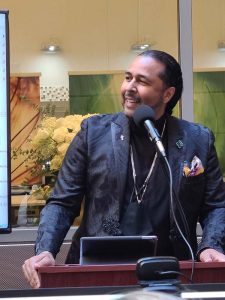 She agreed and said, that’s a wonderful idea. I have a large data base of many of the boxing people Stan worked with and many of them follow me of different social media platforms, so I am sure they would be very happy to read and view special salute video to Stan.

The Program started off with a Musical Prelude, a commemorative contribution to the boxing world, opening and welcome by G. keith  Alexander. Former New York Governor, The Honorable David A. Peterson, said he was very fond of Stan, his father Basil Patterson was a good friend of Stan, they knew him for many years. 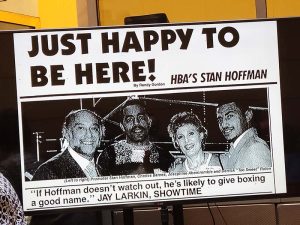 Scripture reading was by Marianne Spraggins, the lord’s prayer was by Debra Fraser Howze Seminarian. Live performance by Yolanda Wyns, a Broadway actress and singer and chair of Music at The Harlem School of the Arts.

Melba Wilson, Restaurant owner, where Stan would go to eat on many occasions with his friends and family members, she went on to say I knew Stan for over 30 years. She went on to say, she asked stan what his favorite restaurant was he immediately told her that IHOP, was his favorite place where he enjoyed pancakes., She asked him what about Melba’s he replied I love your place too, but you asked an honest question, I gave you an honest answer. Melba went on to say, that was stan and a very honest man, which she loved about him. Melba was very generous in donating food and desserts for the event. 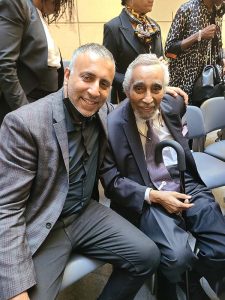 Eulogy was by Rev. Jack Bomar United church, Beaufort South Carolina, Hillside International Truth Center, Atlanta, GA. Benediction was by Xavier Eikerenkoetter . Congress member Charles Rangel was in attendance. Closing remarks were by Lucille Willard Hoffman, who thanked everyone in attendance, for attending and told everyone to head to the Rooftop to continue the celebration while you eat Melba’s food and Desserts.

Close to 50 people were in attendance, each and every one of them, enjoying the life celebration of Stan the man. I was very happy to be part of the fifty people in attendance for a dear friend. 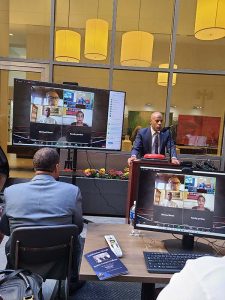 At age two, he went into care of his maternal grandmother due to his mother’s sudden passing. Until age Five, he only spoke Yiddish and Russian. By grade seven, young Stanley left The New York Public School system and hit the trail of life filled with adventure. His charisma, drive, and passion led to a long and successful career in music industry and the world of Professional Boxing. 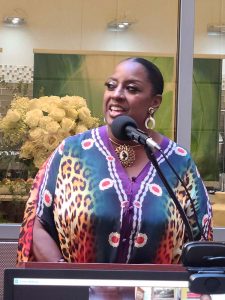 In the 1950’s , Stan’s life in music started as a shipping clerk and traveling salesman for a small record label where he worked his way up to Vice President of Chess Janus Records .He later became owner of Prelude records and then secured a lucrative partnership with the purchase of the Gospel Label, Savoy Records. This tenure extending over three decades afforded this savvy businessman the star-studded line-up of Fats Domino, Chubby Checker, Etta James, Sam Cooke, Chuck Berry, George Clinton and The Funkadelics, France Joli and many more. 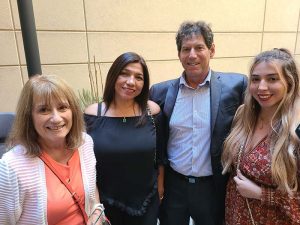 Once fully immersed in boxing, Stan Opened his life to his fighters and everyone in between. He and his wife, Lucille started an 18 –acre camp for the athletes in the sleepy hamlet of kehonkson in the Catskills. There they could train in peace and tranquility. Meals and bonds were made, and trust was forged. He cultivated a space that felt like family and home away from home- like a life outside of the Wild, fast paced lifestyle of the Pros.

As a promoter turned manager, Stan cultivated 38 world Championships of varying ranks. He managed contenders such as Manly, Carl “The Truth” Williams, Frank Tate, Calvin Grove, Sonny Liston and Joe Frazier. He also fostered careers of Iran Barkley, Regilo Tuur, Hasim Rahman, William Joppy, Monte Barrett, Delvin Rodriguez, one of the most revered female boxing champions of the world, MS. Lucia Rijker seen in the Academy Award Winning film, “Million Dollar Baby” and many more talented athletes of the time. His achievements were honored with induction into the New York Boxing Hall of Fame 2017 and The Atlantic City Hall of Fame in 2019. 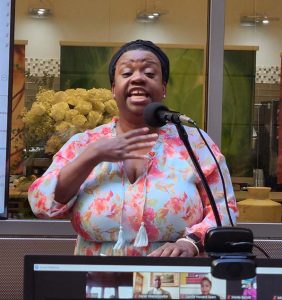 Stanley’s bright presence brought energy and positivity to every life he touched. Stanley had a way with people and worked his way up to excellence with that gift. Standing   5’5” he could walk into the building and shake the entire room. He Loved learning about new cultures, music, dance, and history. As an avid tennis player, he frequently challenged anyone who dared to believe they could beat him. In his younger days, he was an active member of the Friars Club, spending fun times with the ‘Rat Pack” travelling the world, and soaking up every experience he could. He imparted wisdom where he could and a joke wherever it fit. Stan loved deeply and lived by his convictions.

In his last years, Stan endured a long bout of ill health. As his favorite Frank Sinatra song denotes, he did it his way. Stanley departed this life at the age of eighty-nine. He transitioned during the height of pandemic and received a graveside burial surrounded by family. 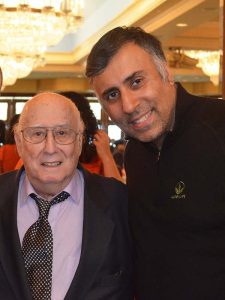 Stan will be deeply missed may he rest in peace, I am very honored to know you for the past twenty years and thank you for, friendship, mentorship and advice. RIP dear friend. See More about Celebration of Life of Stanley Leonard Hoffman, in our World Liberty TV, Boxing Channels and Blogs by clicking here.