Named after Dr. Burrill B. Crohn, who first described the disease in 1932 along with colleagues Dr. Leon Ginzburg and Dr. Gordon D. Oppenheimer, Crohn’s disease belongs to a group of conditions known as inflammatory bowel diseases (IBD). Crohn’s disease is a chronic inflammatory condition of the gastrointestinal tract. 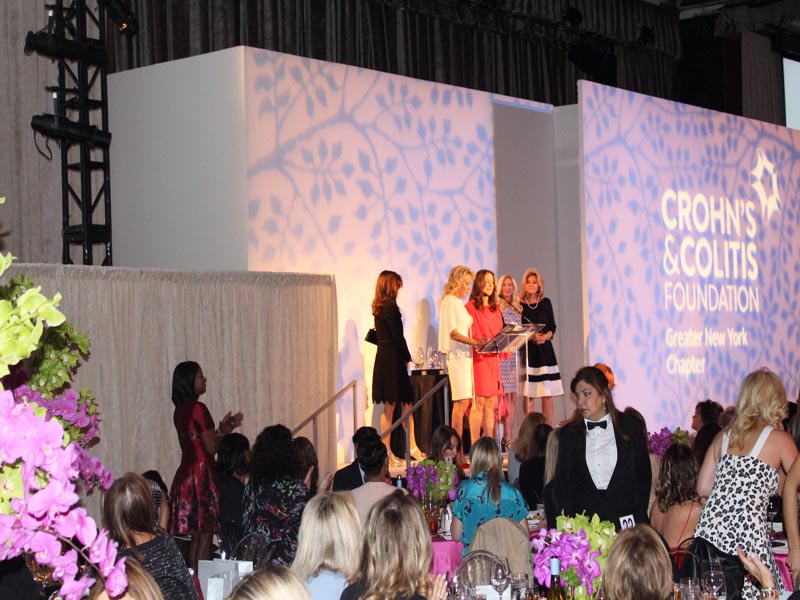 Four Co-Chairs of the Luncheon

When reading about inflammatory bowel diseases, it is important to know that Crohn’s disease is not the same thing as ulcerative colitis, another type of IBD. The symptoms of these two illnesses are quite similar, but the areas affected in the gastrointestinal tract (GI tract) are different.

Crohn’s most commonly affects the end of the small bowel (the ileum) and the beginning of the colon, but it may affect any part of the gastrointestinal (GI) tract, from the mouth to the anus. Ulcerative colitis is limited to the colon, also called the large intestine. 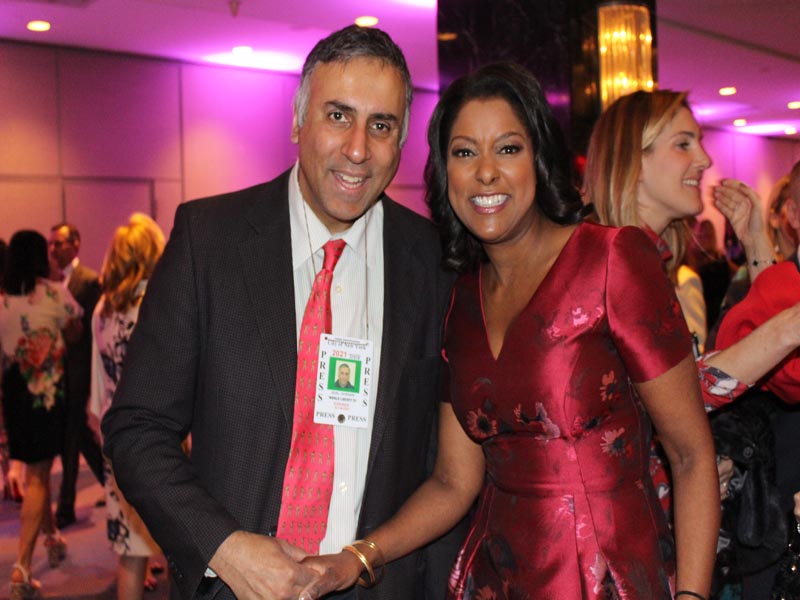 Crohn’s disease can also affect the entire thickness of the bowel wall, while ulcerative colitis only involves the innermost lining of the colon. Finally, in Crohn’s disease, the inflammation of the intestine can “skip”– leaving normal areas in between patches of diseased intestine.

What are the Causes of Crohn’s Disease? Who is Affected? Crohn’s disease may affect as many as 780,000 Americans. Men and Women are equally likely to be affected, and while the disease can occur at any age, Crohn’s is more prevalent among adolescents and young adults between the ages of 15 and 35. 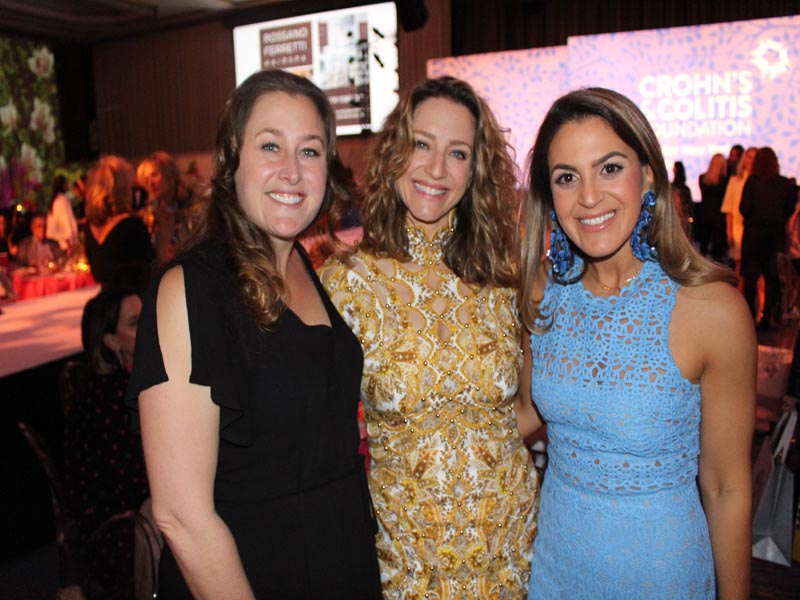 The causes of Crohn’s disease are not well understood. Diet and stress may aggravate Crohn’s Disease, but they do not cause the disease on their own. Recent research suggests hereditary, genetics, and/or environmental factors contribute to the development of Crohn’s Disease. 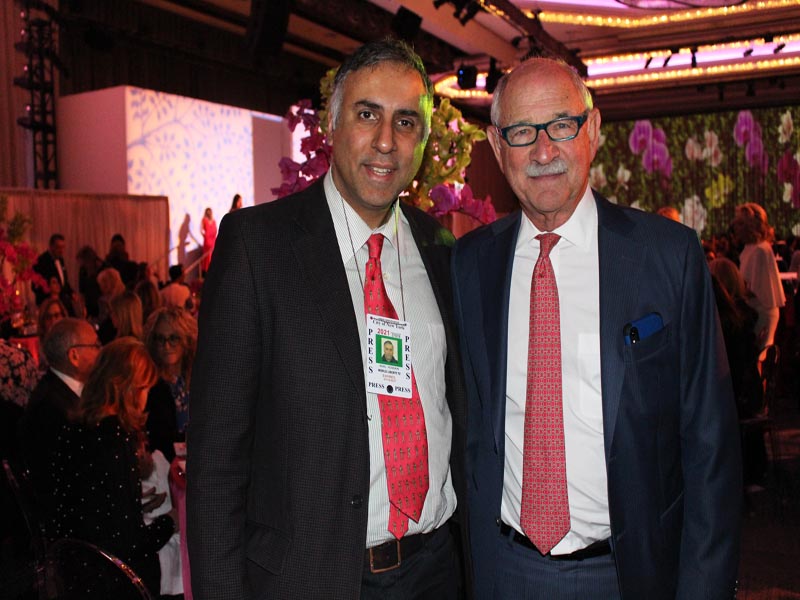 The GI tract normally contains harmless bacteria, many of which aid in digestion. The immune system usually attacks and kills foreign invaders, such as bacteria, viruses, fungi, and other microorganisms. Under normal circumstances, the harmless bacteria in the intestines are protected from such an attack. In people with IBD, these bacteria are mistaken for harmful invaders and the immune system mounts a response. Cells travel out of the blood to the intestines and produce inflammation (a normal immune system response). However, the inflammation does not subside, leading to chronic inflammation, ulceration, thickening of the intestinal wall, and eventually causing patient symptoms. 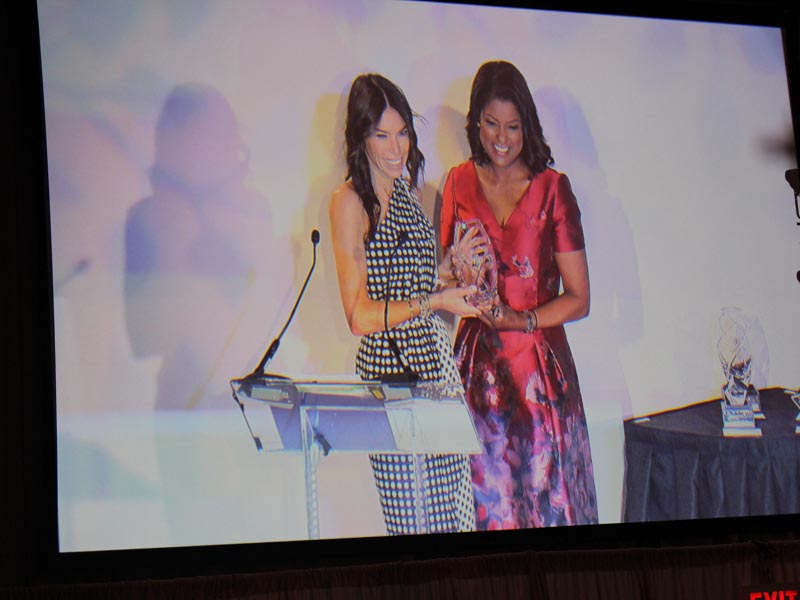 Crohn’s tends to run in families, so if you or a close relative have the disease, your family members have a significantly increased chance of developing Crohn’s. Studies have shown that 5% to 20% of affected individuals have a first – degree relative (parents, child, or sibling) with one of the diseases.

The risk is greater with Crohn’s disease than ulcerative colitis. The risk is also substantially higher when both parents have IBD. The disease is most common among people of eastern European backgrounds, including Jews of European descent. In recent years, an increasing number of cases have been reported among African American populations. 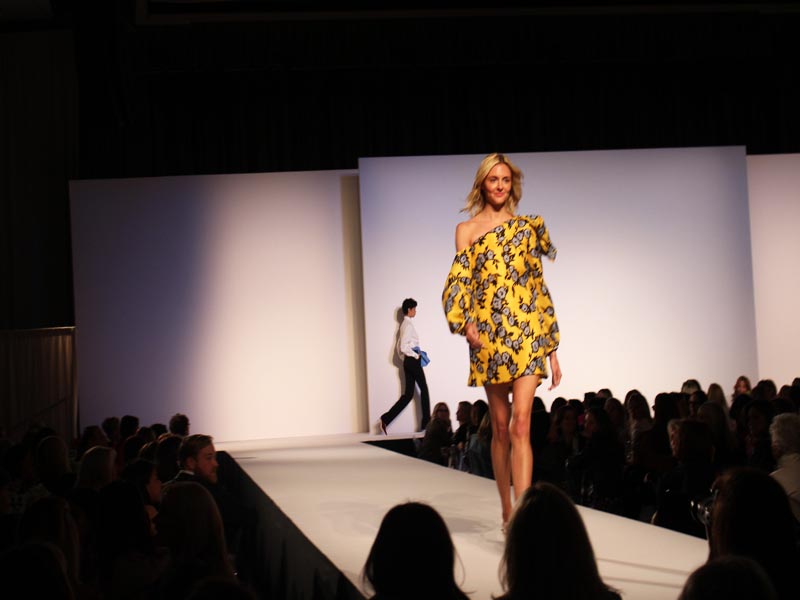 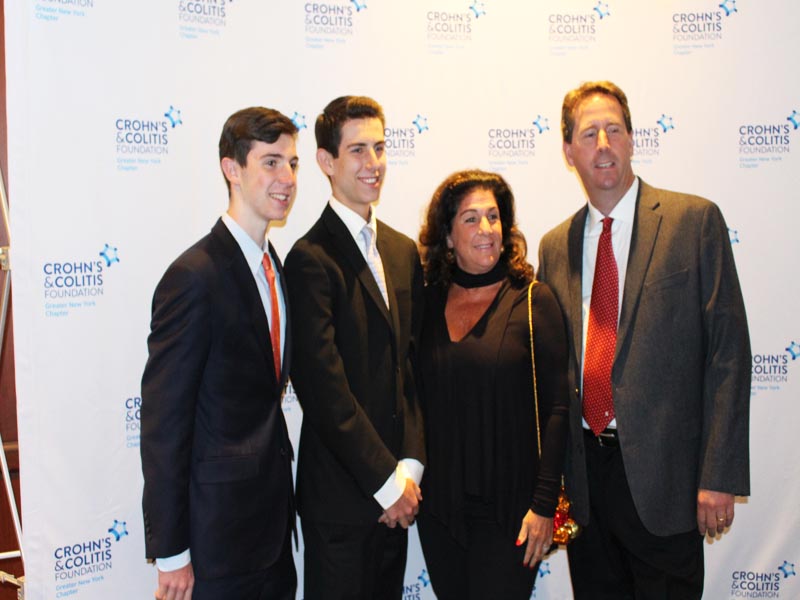 Lori Stokes from GMA Fox 5 , was the host and Emcee of the event , live fashion show was by Carolina Herrera Fall 2019 collection, close to 1000 people were in attendance . 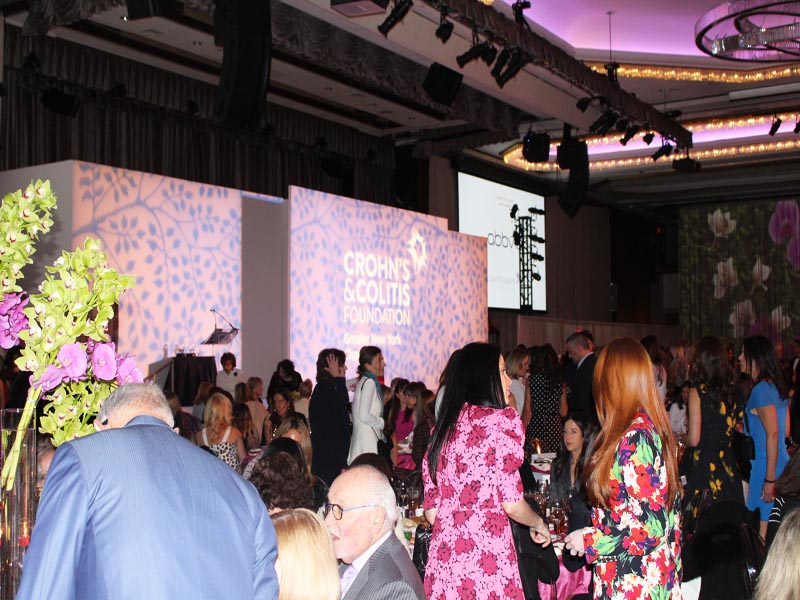 Close to 1000 people in attendance