The Four Seasons is a New American cuisine restaurant in New York City located at 99 East 52nd Street, in the Seagram Building in Midtown Manhattan. The restaurant is owned by the Bronfman family, Alex von Bidder, and Julian Niccolini. 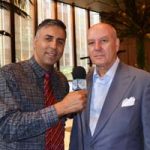 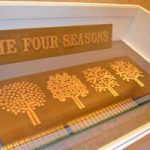 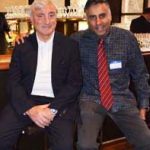 Opened in 1959, the Four Seasons is associated with a number of milestone firsts in the hospitality industry. The Four Seasons is credited with introducing the idea of seasonally-changing menus to America. It was the first destination restaurant to print its menus in English. The Four Seasons was also the first restaurant in the US to cook using fresh, wild mushrooms. In June 2015, Aby Rosen, owner of the Seagram Building, announced that the restaurant’s lease would not be extended.A new location at 280 Park Avenue was selected and a lease was signed. The Seagram Building location will close after dinner service on July 16, 2016, and the Four Seasons will move to Park Avenue.

The restaurant itself has been widely praised, winning the James Beard Award in 1999. The restaurant is known as much for its clientele as its food, with its Midtown location making it convenient for power lunches. 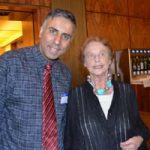 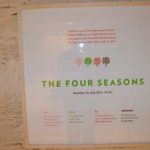 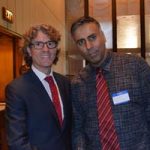 The restaurant’s interior, which was designed by the building’s architects Ludwig Mies van der Rohe and Philip Johnson, has remained almost unchanged since construction in 1959. The restaurant was designated by the New York City Landmarks Preservation Commission as an interior landmark in 1989.

Over a hundred items of serviceware were designed by L. Garth Huxtable and Ada Louise Huxtable, everything from champagne glasses to bread trays. Today they and all of the Four Seasons Restaurant’s furniture are part of the permanent collection of the Museum of Modern Art. 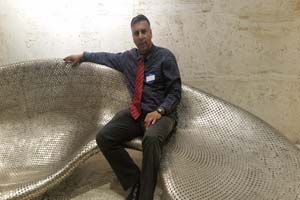 For the celebration of the restaurant’s 50th anniversary, The Four Seasons hired Manhattan Architect Belmont Freeman FAIA for a full restoration of the ladies’ lounge.

The artist Mark Rothko was engaged to paint a series of works for the restaurant in 1958. Accepting the commission, he secretly resolved to create “something that will ruin the appetite of every son-of-a-bitch who ever eats in that room.” Observing the restaurant’s pretentious atmosphere upon his return from a trip to Europe, Rothko abandoned the project altogether, returned his advance and kept the paintings for himself. The final series was dispersed and now hangs in three locations: London’s Tate Gallery, Japan’s Kawamura Memorial Museum and the National Gallery of Art in Washington, D.C. During the period in which Rothko worked on his murals, the Four Seasons rented Jackson Pollock’s masterpiece Blue Poles from its then-owner, art collector Ben Heller.John Logan’s Tony Award-winning 2010 play Red dramatizes Rothko’s time working on the Seagram Murals. 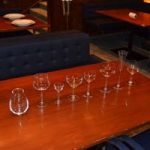 Seats Tables and Glassware up for Auction 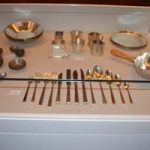 Cutulery Pots and Pans to be Auctioned off in Lots

In addition to the works on permanent public display there are other works and continuously revolving exhibitions in the dining rooms and the 52nd Street entrance walls which have included works by Joan Miró, paintings by Frank Stella, Ronnie Landfield, Robert Indiana, and Richard Anuszkiewicz, amongst several others.

See More about The Four Seasons Restaurant and the closing of this Iconic  Restaurant as well as exclusive interviews with the owners.