The United States is truly a remarkable place. It is touted as the greatest nation on earth, not because of its military might or size of its economic, but because it is the land where people of different social, religious and racial backgrounds came together to create a remarkable success story…and then the rest of the world followed. 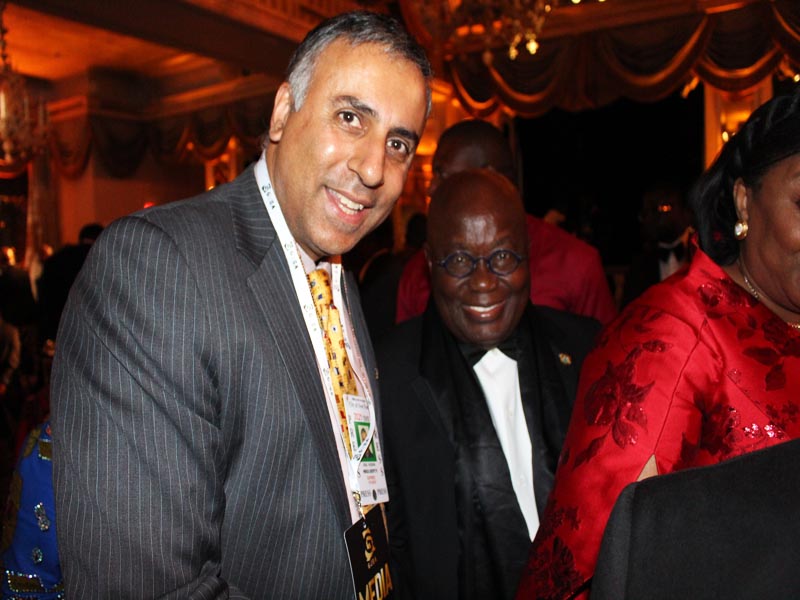 Dr Abbey with H.E. Nana Akufo-Addo, President of the Republic of Ghana

The African diaspora is part of the success story of the United States; their hard work and determination to create a brighter future for their children and grandchildren have been felt for centuries – from slaves singing songs of freedom on plantations many centuries ago, to free men and women shaping the world of business, sports, technology and politics today. 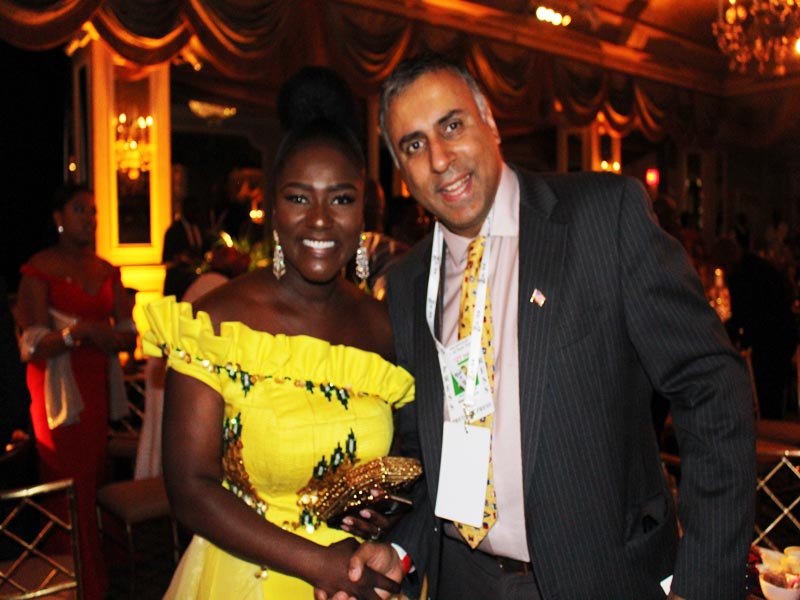 GUBA Awards promotes closer economic, cultural and social links between Ghana and the United Kingdom. Launched in 2010 as the GUBA Awards, the annual event celebrates and acknowledges the contribution of Ghanaian and African based businesses and individuals in the United Kingdom. 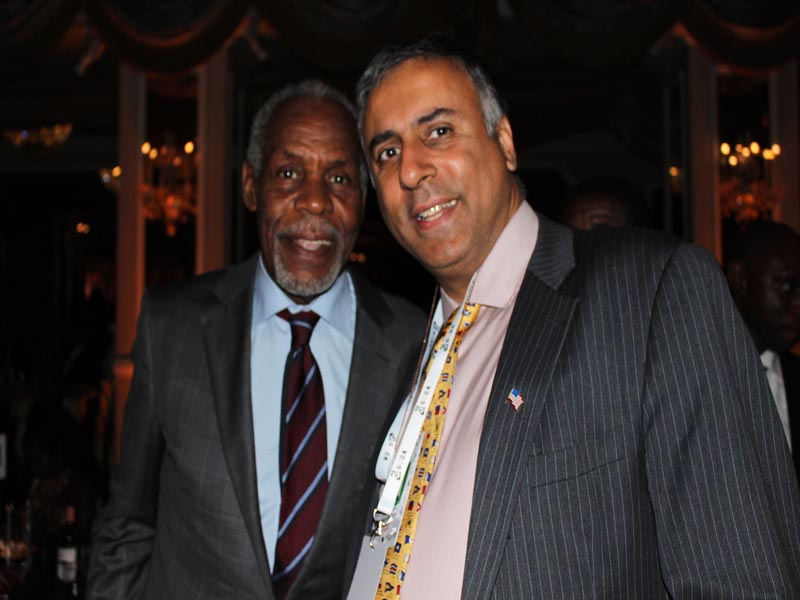 Following the success of the annual awards program, GUBA expanded into the GUBA Foundation, GUBA Expo and GUBA Careers to provide distinct services targeted at individuals and businesses.

The GUBA Awards is a non-profit organization which donates proceeds towards charitable schemes operating within the Ghanaian community, and provides an “engaging platform” for promoting greater cultural diversity in the UK as well as raising the profile of Ghana. In 2012 the GUBA Foundation was set up to tackle a broad spectrum of issues affecting Ghanaian and African communities. 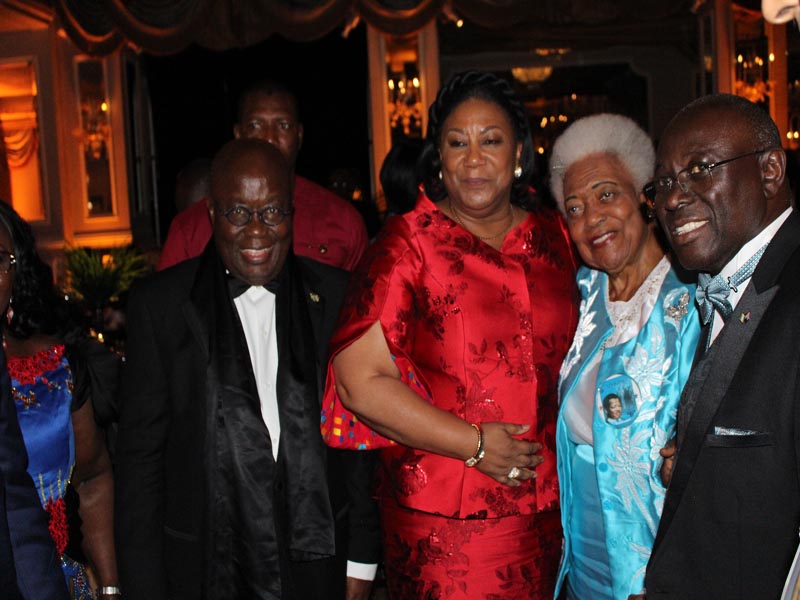 Naomi King with Nana Akufo-Addo, President of the Republic of Ghana and his wife

GUBA has been acknowledged and endorsed for its role in recognizing Ghanaian achievements in the UK, as well as promoting the national interest of Ghana and the African community, by dignitaries and organizations including: President of Republic of Ghana – HE Nana Akufo-Addo, The Ghana High Commission to the UK & Ireland, The British High Commission in Ghana, The Ghana Ministry of Tourism, former British Prime Minister Tony Blair and wife Cherie, Boris Johnson, Lord Paul Boateng and Diane Abbott to name a few. The current GUBA patron is British actor Hugh Quarshie. 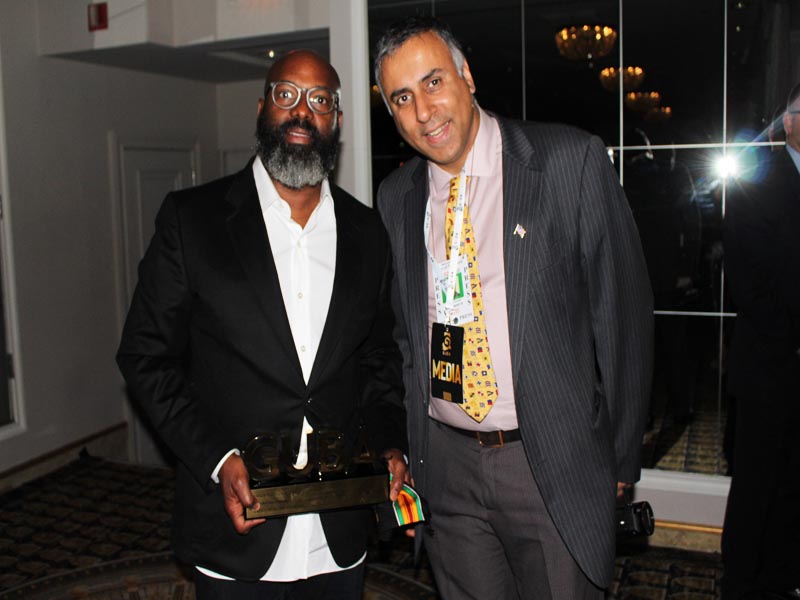 The organization won silver in the ‘International’ category of the awards for its work supporting and enriching British-Ghanaian communities. The accolade gives GUBA the opportunity to be recognized as a leader in corporate social responsibility and be officially honored at the House of Commons with a CSR World Leader Plaque. 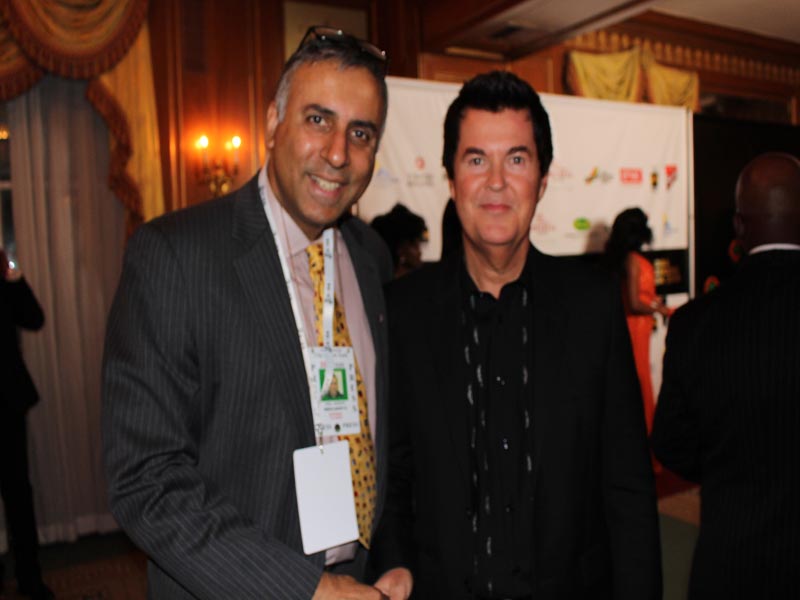 GUBA also became the recipient of The British Award for African Development (BRAAD) in 2015. The award was in recognition of the outstanding achievement of GUBA in community and social development.

The African Diaspora in the Americas is continually shaping history in the world of business, sports, arts, and entertainment, etc., therefore, it is imperative to recognize and celebrate their efforts and, also, to encourage the promotion of growth and innovation in Africa with the rest of the world. The theme for GUBA Awards USA 2019 is “African Diaspora, the Catalyst of Growth and Innovation.” 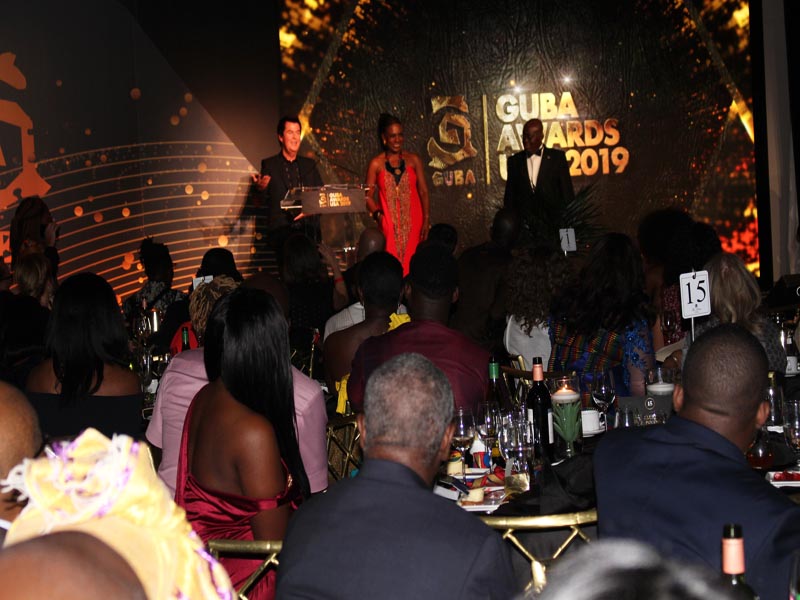 In addressing the theme, the awards will center on the Sustainable Development Goal (SDG) 17, to strengthen global partnerships in achieving the ambitious targets of the 2030 Agenda. As a non-governmental organization with the focus on African advancement, working together with like-minded institutions is key in aiding sustainability in the African continent. 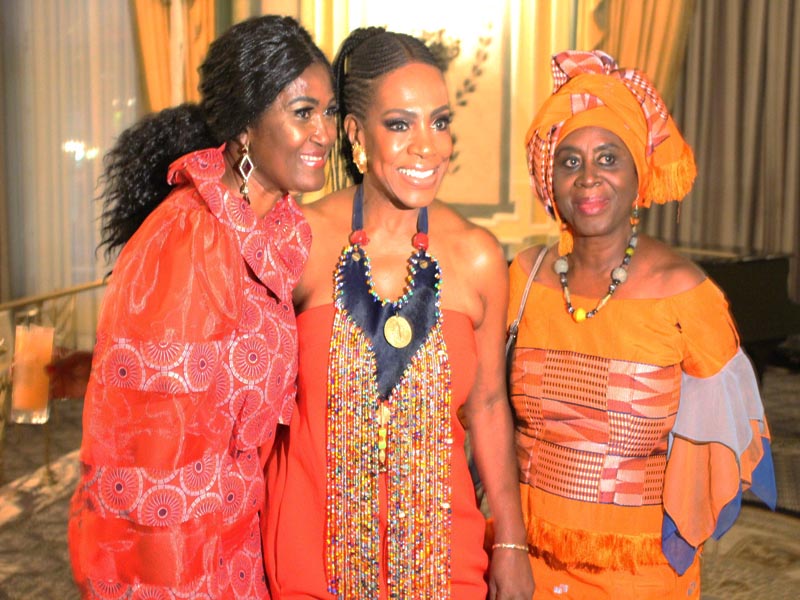 The organizations to be awarded on the night are also playing vital roles in the fulfillment of the many SDG goals. 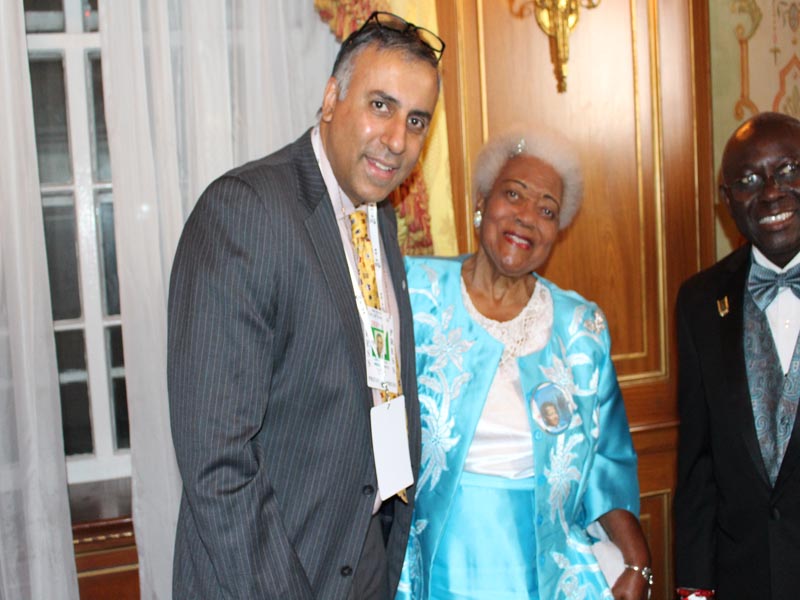 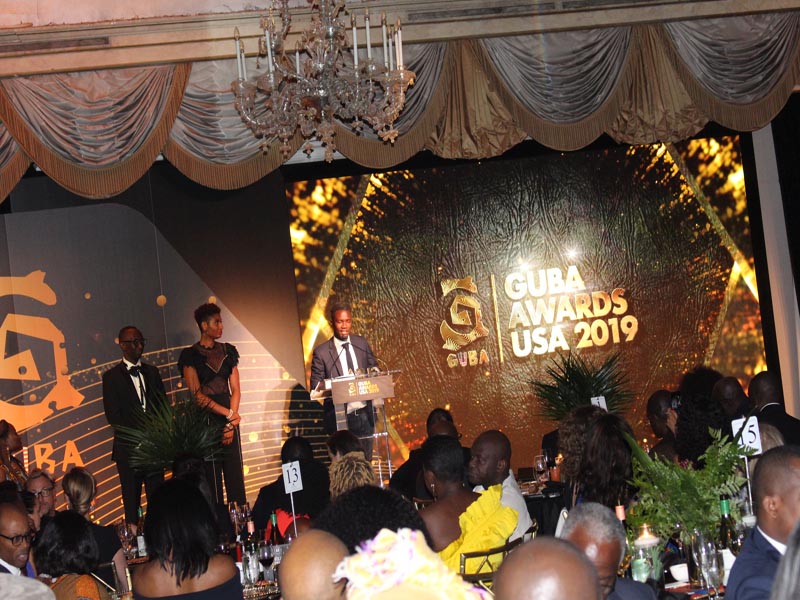 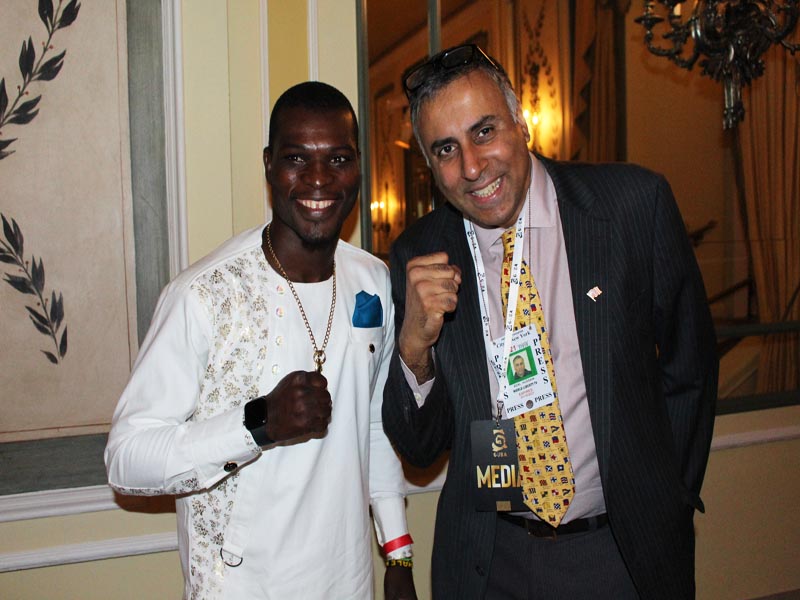 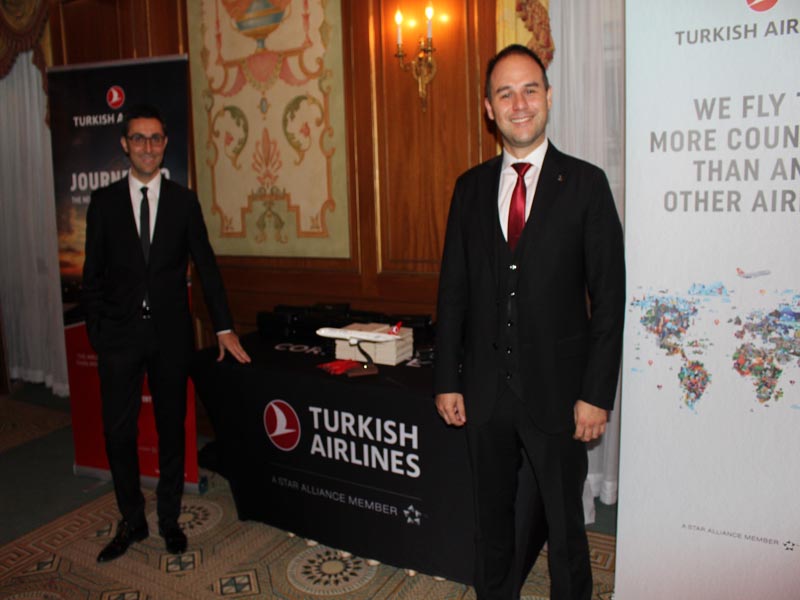 Close to 300 people were in attendance at the Glitzy Pierre Hotel , The Following Companies were the Sponsors of this mega event: Turkish Airlines, Samara Company Ltd, NLA, GIPC, GTP, Government of Ghana, GEN GHANA and many more. 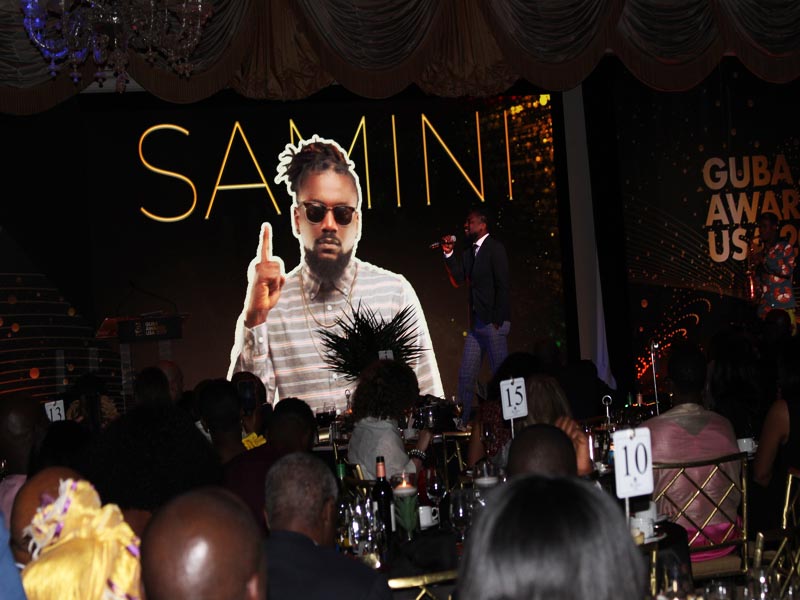 See more videos and blogs like these in our World Liberty TV African-American Channels and Blogs by clicking here.