The Home Automation Showcase was full of technology for the home.  A few of the gadgets that were in displayed were the following:

Amazon had a very good year in sales in the smart home gadgets market. It’s Alexa-enabled Echo and Echo Dot devices, showed a very strong sign of not slowing down.  The well reviewed home gadget Echo series was just an early entry into the market  but Amazon opened up it’s A.I. assistant Alexa to developers, and if this CES showed us anything, developers embraced the offer. 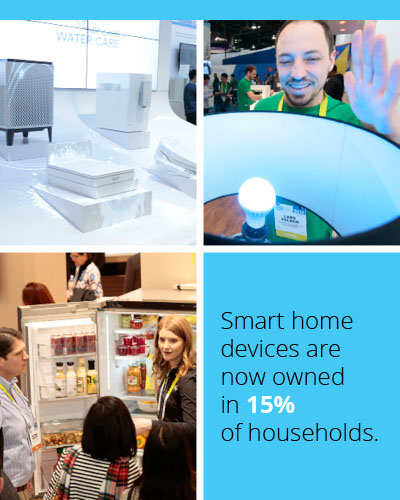 Lenovo debuted the Smart Assistant something like the Alexa enabled home speaker, that acts and looks like an Amazon Echo, with the only difference a quality speaker. The Harmon Kardon edition of the Lenovo Smart Assistant will be available for sale in May for $179 based media, be it music, movies or podcast. And while it certainly does not change the technology, the Smart Assistant undercuts one of the bigger arguments against the Echo, particularly by the Google Home crowd.

There were also 4K televisions that can be operated by Alexa remotes, washers that will keep you updated through the Alexa enabled device, a vacuum cleaner that you controlled with your voice; and ovens that you controlled the temperatures with your own voice by talking to your echo. Anything in your home you can used it with the Alexa in all brands. The future for the Amazon’s Alexa looks very bright and don’t look like it will come down.

The Nvidia Spot is a small device that is connected to your home and uses the power of Google Assistant. It comes with a microphone and will let you speak to Google’s AI helper through the home. The Google Assistant will be in the new Nvidia Shield TV, and the microphones nodes will make the AI more ambient. 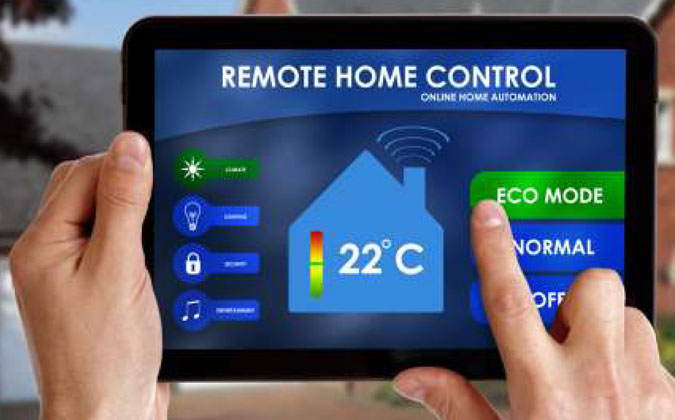 The LG Hub Robot is produced to run your smart home connected to all the various appliances. LG’s bot has a pair of digital eyes to make it look more friendlier and make it look more personality, it even turns it’s face to whoever talks to it. They say it looks like the Eve from Walle. On the side of the main Hub Robot  there would be smaller node bots that can be placed around the house and communicate with their main bot and the rest of the network, it also doubles as a connected speaker.

Your fridge needs its own OS now. Fact. Samsung updated its Family Hub over in Vegas but LG trumps its Korean rival by including webOS and full Alexa integration.

You can order groceries through Amazon while perusing your shelves – making it more efficient than the existing Dash button functionality which has been integrated in previous LG smart devices.

See more Blogs like this in our World Liberty TV ,Technology Channel by Clicking here.