The homeless population in San Diego city and county is now the fourth largest in the country, according to the U.S. Department of Housing and Urban Development. Nearly 48% of those without housing are sleeping on the streets. 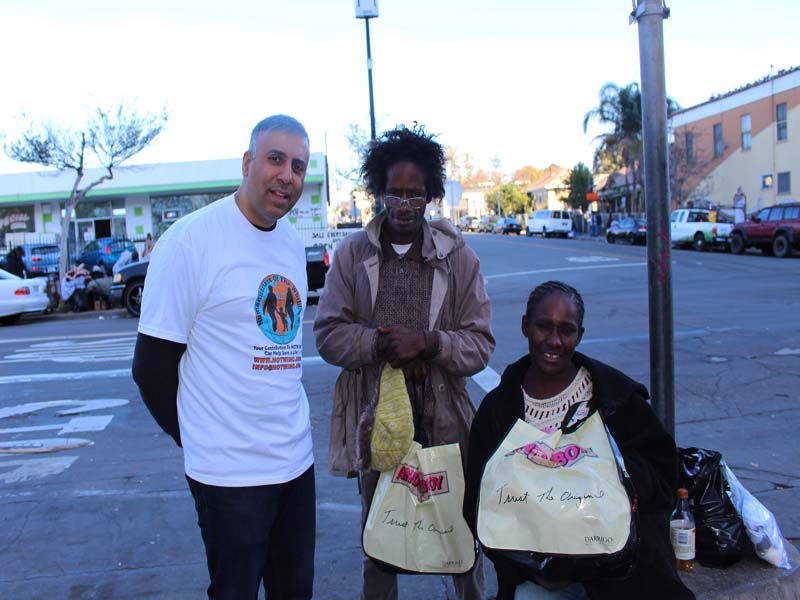 Visiting Down Town San Diego, as I got out of my taxi to go to my hotel , I saw so many homeless men, women  and children ,standing on street corners, panhandling, sleeping on corners and looking through garbage cans, I have to say I have never seen so many homeless people in a radius of an block, I thought New York was bad, but San Diego was very bad versus what I saw.

As I was visiting San Diego.. , California for 4 days’ vacation, I quickly checked in to my hotel  and got my room and got an change of clothing , and I bought  close to 30 Bags full of basic necessities, to distribute to the homeless and need families. 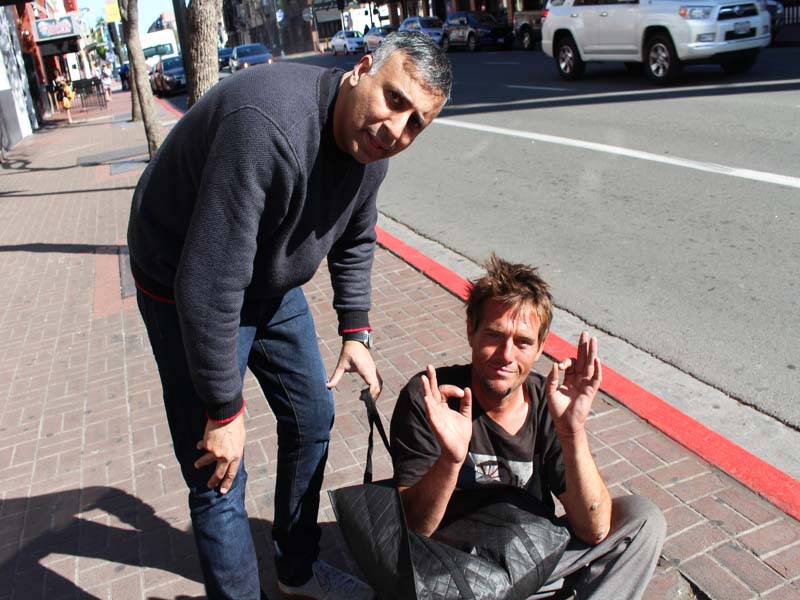 With Yoga J Homeless in SD

I spoke with an vendor outside and asked him ,that where was the largest population of homeless people ,living .He told me that all of them are scattered , and the best place will be Island St and 16th Street, which was approximately  15 Blocks from where I was staying .He told me to be careful  about going to that area, I turned around and thanked him ,and told him I have been doing this all my life, and I have no fear, we are all God’s people. 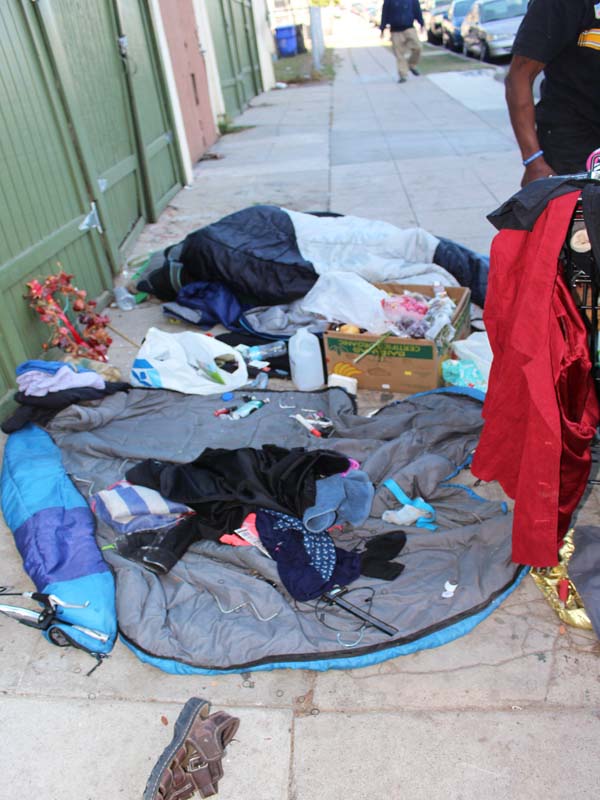 I went upstairs, opened my 2 suitcases,  and put the 30 Bags in a sack and had my volunteer ready to go to Island St and 16th Street, as we walked we could not help noticing many homeless men and women ,and teenage children walking around going through garbage cans, soliciting  for money, some pushing carts with their  belongings.

As we reached to Island St and 16th Street, we could not believe our eyes, on both sides of the road, there was  homeless people camping out , with having an blanket on the floor and sleeping on it. 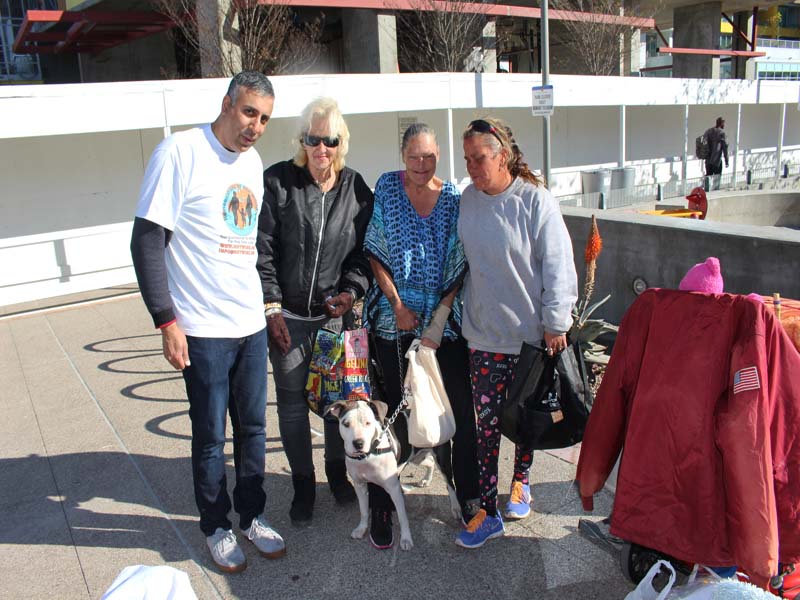 I saw 3 ladies who had an little dog with them, and they looked homeless, I approached them and I introduced myself and my volunteer to them ,and told them about our Humanitarians of The World Inc, (HOTWINC), and told them that we will give each one of them an Tote bag full of many basic things, they was very happy to take a bag each, each one of them told me their stories about how they became, homeless, and one of the lady said her Dog , an Pit bull is also homeless living on the street with her .

After that we walked on, and met an middle aged man who was in the army, and after he got discharged , he went back home to live with his mother, and she died and he was supposed to be getting  VA benefits and Housing Vouchers, and when he went to reapply, the landlord took him to court and had him taken out, he went onto say, our country is doing this to us, and for the past 10 years he has been living on the street and has lost all faith in the Government  of  San Diego, he rather live and die on the street. 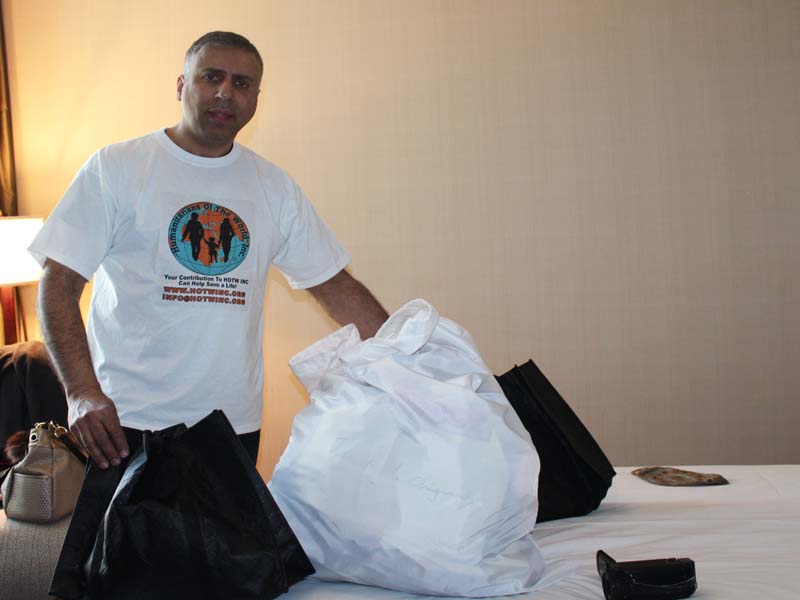 As we moved on we met an older man who was in an Wheel chair, who has in his sixties and has lived on the streets for the past 20 years, he told us that he had many mental problems and issues, and went to different clinics , which could not help him, he had no family ,who was able to take him in ,or help him .

So he decided to stay on the streets, he went onto say he has faith in God, and he has a plan for him. 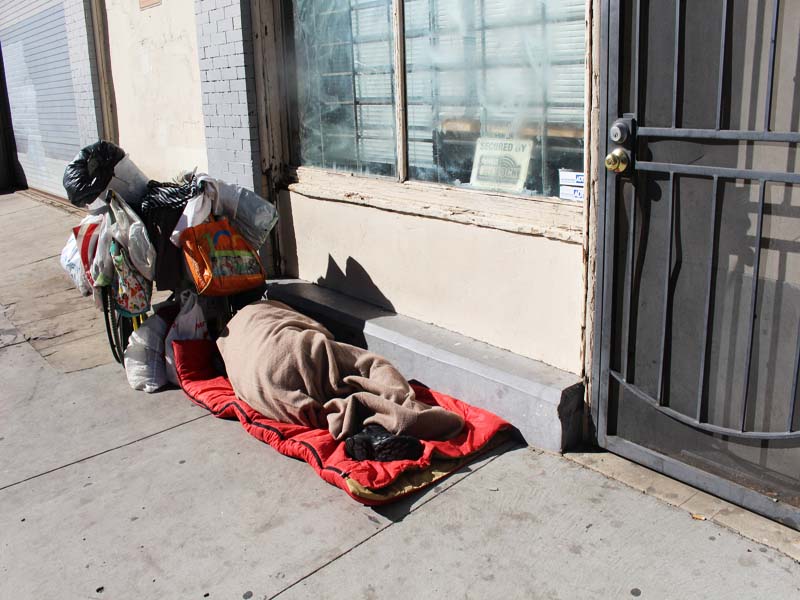 One of many Homeless sleeping on the street corner

I can carry on and on, with these kind of stories, and human tragedies, please watch these interviews in our World Liberty TV , Humanitarian Channel and Contribute what you can ,so we can continue to do our work, See more about Humanitarians of The World Inc, (HOTWINC). By Clicking here.