The flagship store opened in Sept 2020, also featured Krispy Kreme’s signature conveyor belt donut-making process, which you can salivate over at just about any of its full-size locations, in a new, immersive way. 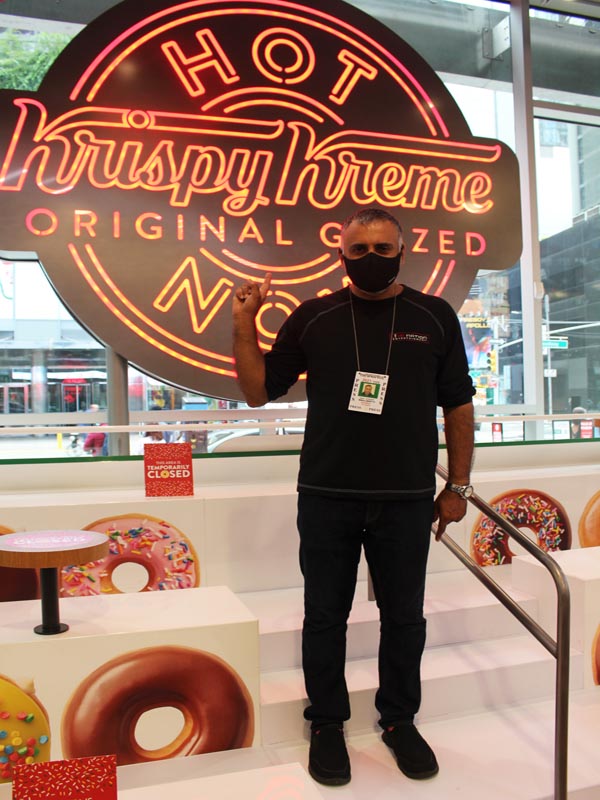 You’ll be able to see workers mixing ingredients, follow batches of the fried dough rings as they pass under the glaze waterfall, and interact with digital experiences, too, the company said. The giant retail space will also be home to special Krispy Kreme merch.

But perhaps the most exciting part of the store, though — at least, for New Yorkers — is an exterior walk-up window for quick and convenient donut orders. On the other hand, succumbing to your late-night cruller cravings will be dangerously easy as a result. 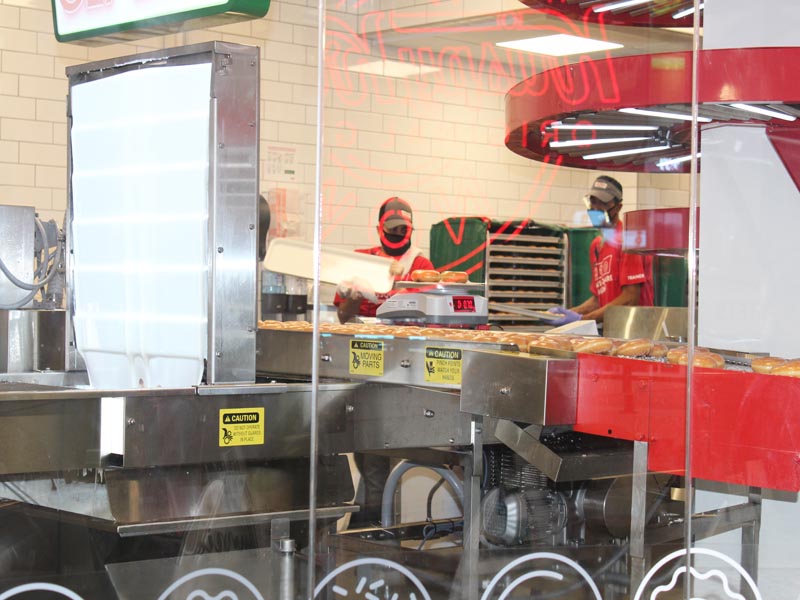 “Our direction is to be the most loved sweet treat brand in the world,” Michael Tattersfield, CEO and president of Krispy Kreme, said in a statement. “In the most iconic city in the world, the Krispy Kreme Times Square Flagship will showcase our brand on the global stage and inspire customer wonder.”

Krispy Kreme already expects this Kreme-filled castle to serve more customers per year than any of its other locations around the world. So, uh, maybe stick with your cubicle if you want to be alone with your dozen. 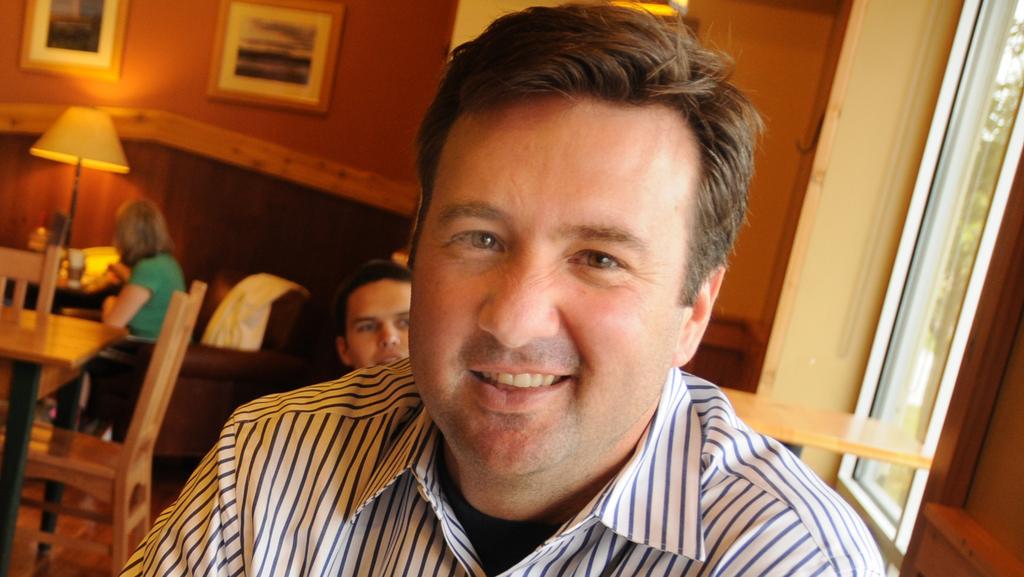 The Dough Must Go On! Krispy Kreme celebrates the grand opening of its new 24-hour flagship on Broadway in New York City’s Times Square on Tuesday, Sept. 15, 2020, by turning on the world’s largest Hot Light – 15-feet tall and weighing 8,000 pounds – signaling that hot and fresh doughnuts are available for New Yorkers and visitors alike, all day and all night.

After much anticipation, Krispy Kreme today illuminated the world’s largest Hot Light – 15-feet tall and weighing 8,000 pounds – atop its new flagship location in Times Square, signaling that hot and fresh doughnuts are available for New Yorkers and visitors alike – all day and all night. 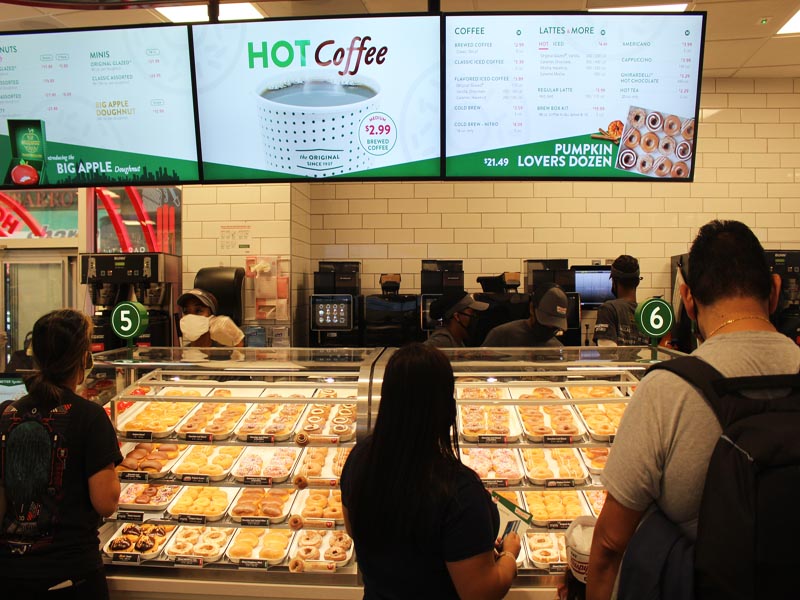 Guests Waiting to be served at Krispy Kreme Store

Though the lights are dim on Broadway, the shop opening is a delightful symbol of the resurgence of joy returning to the heart of New York City. Cast members from “Chicago,” Broadway’s longest-running American musical, welcomed their new neighbor and Broadway’s newest bright light by turning on the shop’s Hot Light this morning before Krispy Kreme Times Square opened its doors to the public. 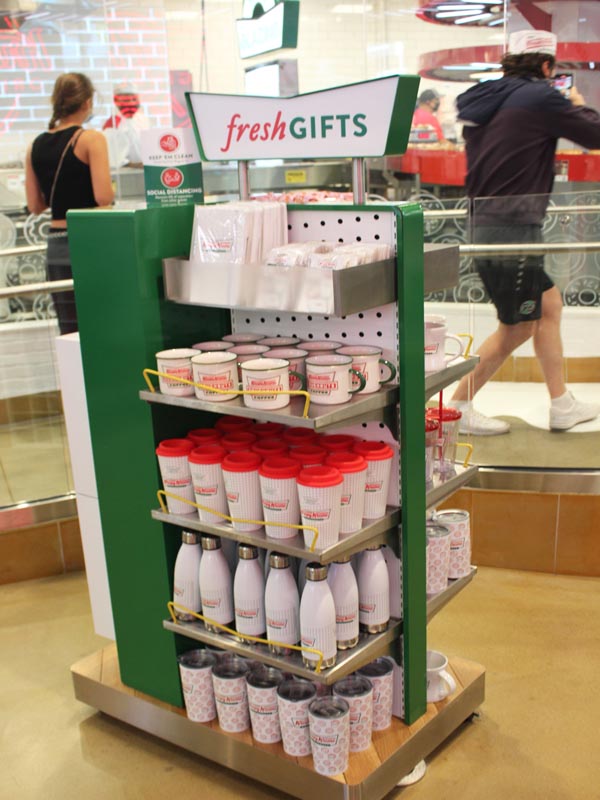 We at World Liberty TV, Food Channel had  the pleasure of touring the 4,500-square-foot shop at 1601 Broadway (at West 48th Street), must say it has so much for the donut lover, merchandise of all kind, tee-shirts, caps, tote bags trinkets and much more. 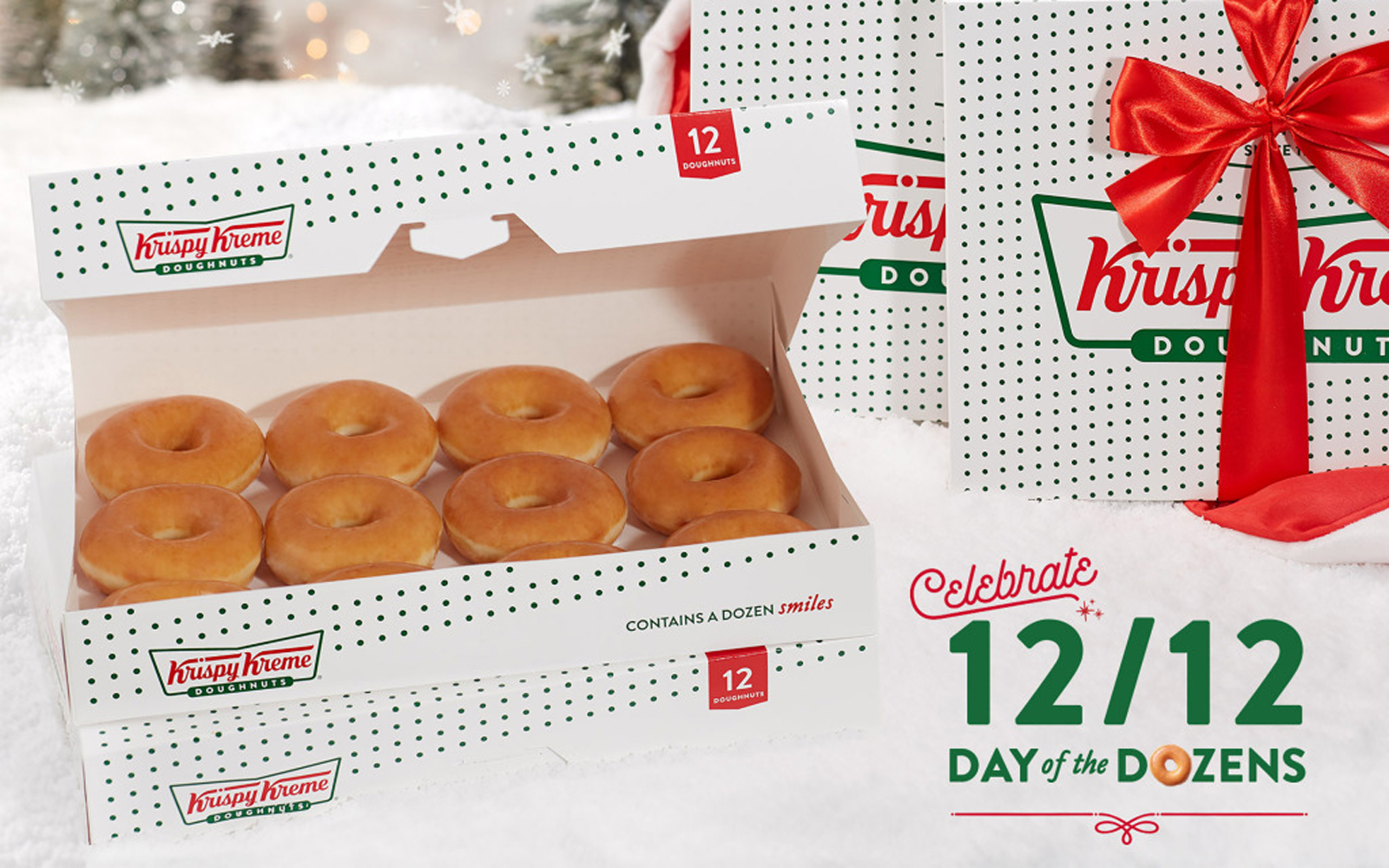 It’s a state of the art facility, serving everything you want from Classic glazed donunts and many more varieties, alongside many drinks you can enjoy as you eat your Krispy Kreme, donuts. 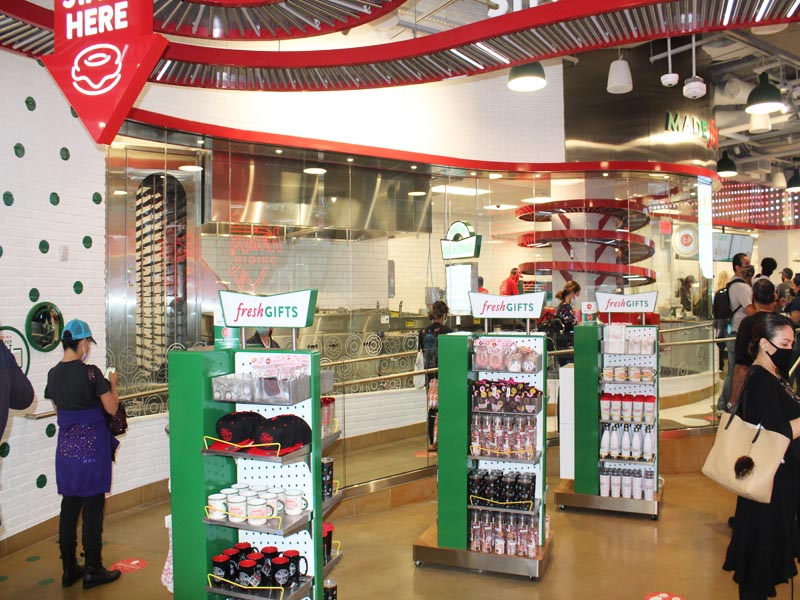 All kinds of Merchandise for sale

Krispy Kreme is proud of its Fundraising program, which for decades has helped non-profit organizations raise millions of dollars in needed funds. Krispy Kreme doughnuts can be found in approximately 12,000 grocery, convenience and mass merchant stores in the U.S. The Company has nearly 1,400 retail shops in 33 countries. 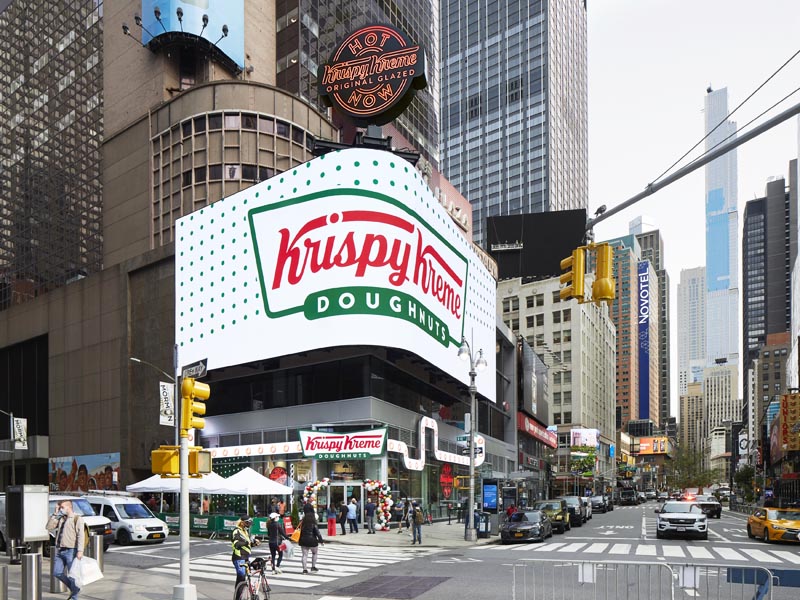 See More in our World Liberty TV, Food and wine channel and blogs  by clicking here.