On December 20, 2015 Pia Alonzo Wurtzbach made history when she became the 64th Miss Universe and third woman from the Philippines to hold the title. For the women who compete at Miss Universe, the opportunity to represent their countries at the prestigious pageant is an honor. This is especially true for the Philippines where the competition is watched in nearly every household when it airs. Though Pia was initially announced as first runner-up, Filipino fans still went wild with cheers of congratulations and she felt satisfied knowing that she made her countrymen proud. Several moments later, host Steve Harvey corrected a mistake which will become known as one of the most talked about moments in live television history – the winner of Miss Universe 2015 was actually the Philippines.

Becoming Miss Universe has been a lifelong dream of Pia’s that took several attempts to make a reality – and her road to the crown was not always easy. 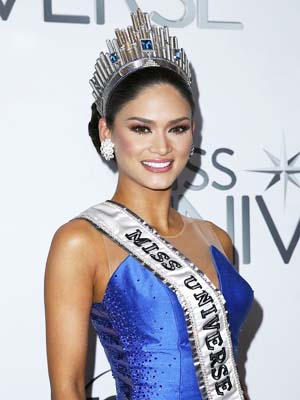 Pia was born in Stuttgart, Germany where she spent the early years of her life with both her father, who is German, and mother, who is Filipina. When she was just 4 years old, Pia’s mother moved her and her younger sister to Manila. Life in the Philippines for an unemployed single mother of two young children was simply not easy. As luck would have it, Pia was quickly scouted by a modeling agency and her career in front of the camera took off. At 11 years old, Pia established herself as the breadwinner of her family – a big responsibility for a child to have while attending school on the weekdays and castings on the weekends. Major television credits in the Philippines of Pia’s include “K2BU,” “It Might Be You,” and “Bora,” among others. Pia is proud to say that her career as a child star paid the rent, provided groceries for the household, and supported her and her sister’s educations.

Shortly after Pia graduated from high school, her mother remarried and moved to London which left Pia feeling uncertain of what she wanted to pursue next in life personally and professionally. As someone who was passionate about cooking, she took her talents in the kitchen to the classroom at the Center for Asian Culinary Studies where she earned a degree in Culinary Arts. However, something was still missing for Pia. Work became slow for her and she missed being on stage and in front of the camera. 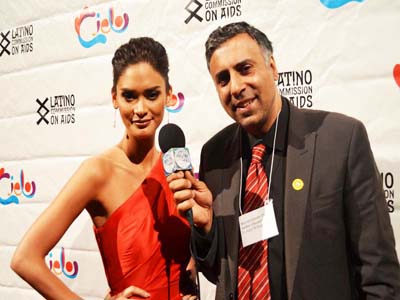 Pia became determined to win the title of Miss Universe Philippines and trained for three years before she finally won, which allowed her to travel to Las Vegas this past December. “There are the three B’s in the Philippines; basketball, boxing, and beauty pageants,” explains Pia after she won Miss Universe. Upon arrival to the Miss Universe show, event organizers placed the competition sash on Pia which simply said “Philippines.” She remembers it as being the most proud moment in her entire life.

Pia has previously worked with organizations that are champions in the fight against HIV/AIDS in the Philippines, an issue that is a growing problem in the country and one that is just now beginning to receive national recognition for the severity of the disease. As Miss Universe, Pia would like to work with the LGBT community specifically to raise awareness about HIV/AIDS education and prevention and will work with groups such as Gay Men’s Health Crisis and Apicha. 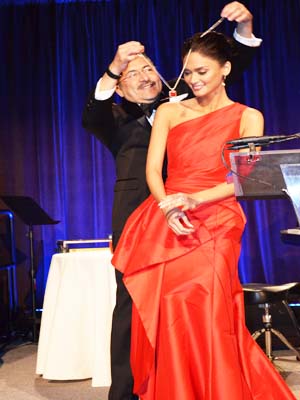 Pia loves fashion and all things to do with the beauty industry. Prior to winning the crown, Pia was a stylist and writer for the lifestyle section of Philippine Daily Inquirer, a leading newspaper in her country. The 26-year-old has many thoughts for her future but isn’t set on just one plan. She has expressed interest in becoming an author as well as creating her own perfume or clothing line in the future. 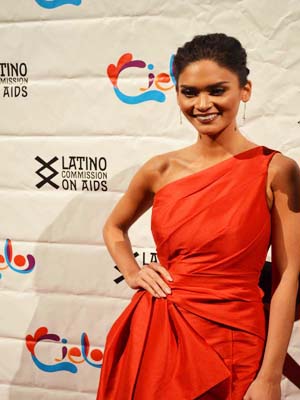 When she is not traveling around the globe fulfilling her duties as Miss Universe, Pia will reside in New York City throughout her reign. Pia’s win has already received an enormous amount attention and she has already provided an incredible sense of pride and hope to the Philippines and beyond.