District Attorney Katz said, “This celebration reflects my vision for the Office of the Queens District Attorney – one that is focused on enriching our ties to the community. The many different cultural groups of Queens County are vital partners in our efforts to protect and safeguard this Borough. 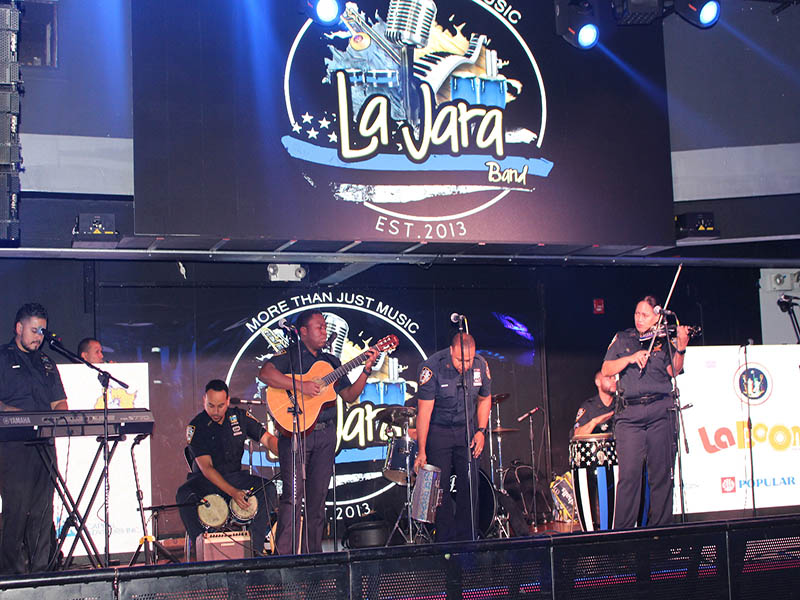 Our Hispanic community has grown in recent years and now makes up approximately one-third of those who call Queens home. It was my pleasure to pay tribute to the generations of Hispanic Americans that continue to have a positive impact on our Borough.” 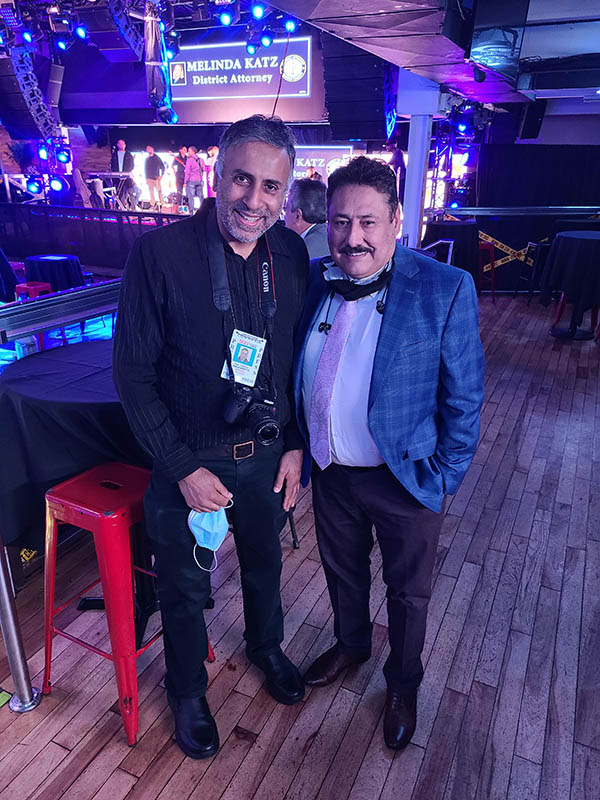 During the two hours of festivities that were both in person and live-streamed, DA Katz honored:

Pedro Zamora, local business owner of several restaurants and nightclubs throughout the City, including La Boom, Cantina Rooftop, and Stage 48. Zamora is also the founder of the non-profit organization, MECENAS, which promotes, fosters and advances awareness of Mexican culture and languages. 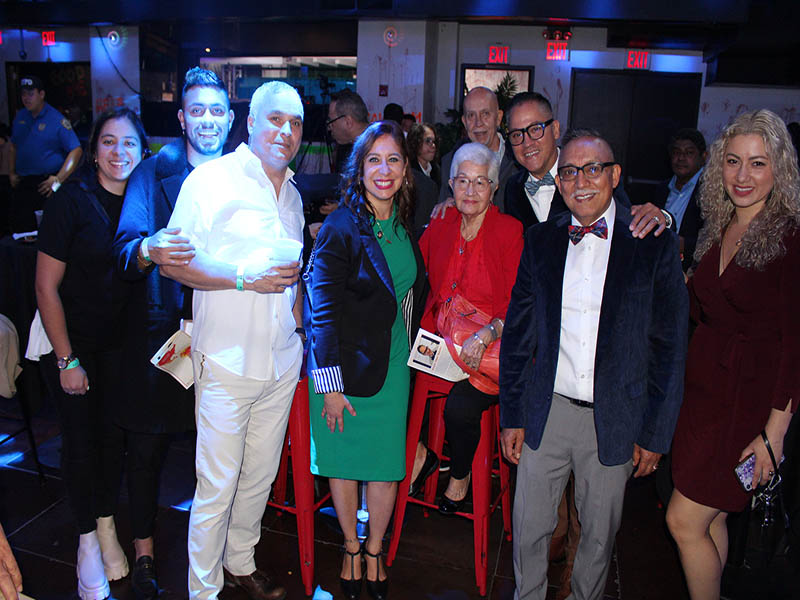 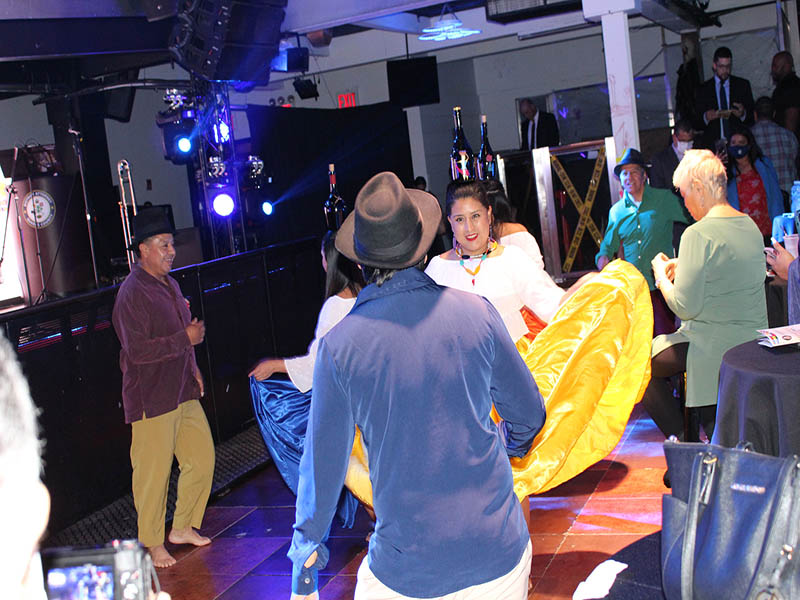 Eduardo “Eddie” Valentin, owner of Friends Tavern, Music Box, and Club Evolution. Valentin previously worked at the United Nations, where he helped manage their Pension Fund Division. He has used his entrepreneurial success to host fundraisers for non-profits, LGBTQ organizations and local elected officials. His local businesses have been some main sponsors of the Queens Lesbian & Gay Pride Parade & Festival, working alongside City Councilman Daniel Dromm to fight for equal rights for the LGBTQ community.

The Dominico-American Society of Queens (DASQ) has worked to improve the quality of life in the New York City community since its inception in 1993. DASQ assists local residents with services such as adult literacy and job training, legal and immigration assistance, after school programs and youth development, health education, as well as access to community health services. 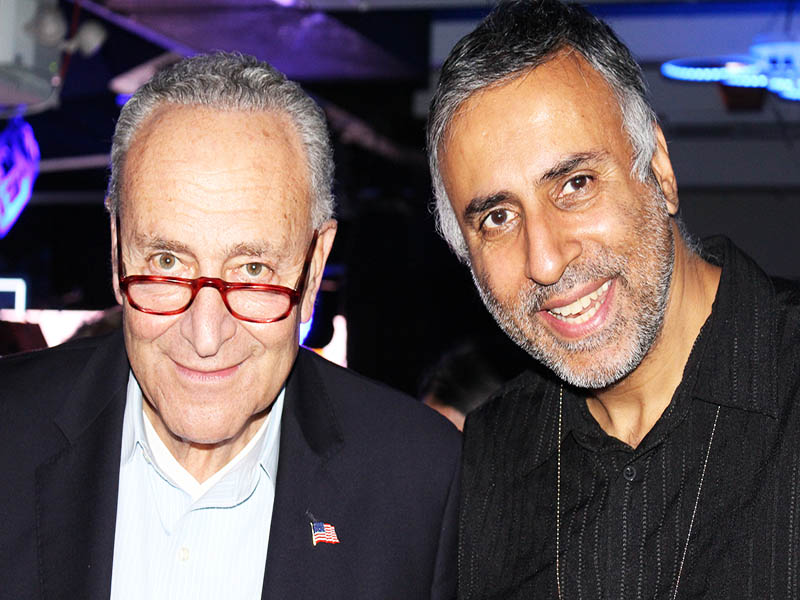 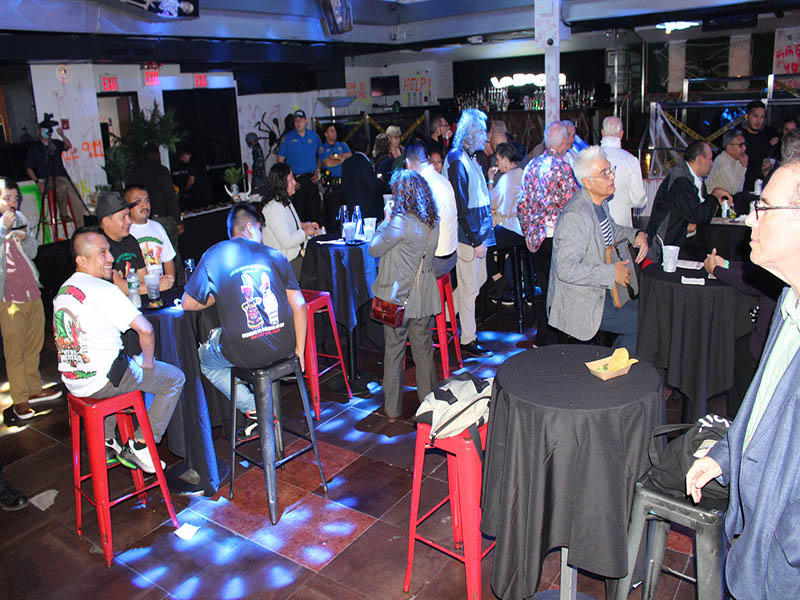 Close to 100 People in attendance

Shanise O’Neill, Unit Chief of the Intake and Assessment Bureau at the Queens District Attorney’s Office. Shanise has been a prosecutor in the Queens DA’s Office for over 14 years and obtained her law degree from St. John’s University. She previously served as a Supervisor in the Criminal Court Bureau and as a line assistant in the Narcotics Trials Bureau, where she tried felony cases ranging from DWI to burglary. She sits on the office’s hiring committee where she conducts interviews for new assistants and helps train newly hired ADAs. Close to 100 people were in attendance, which included Senator, Senate Majority Leader Chuck Schumer (D., NY.) and many more dignitaries. 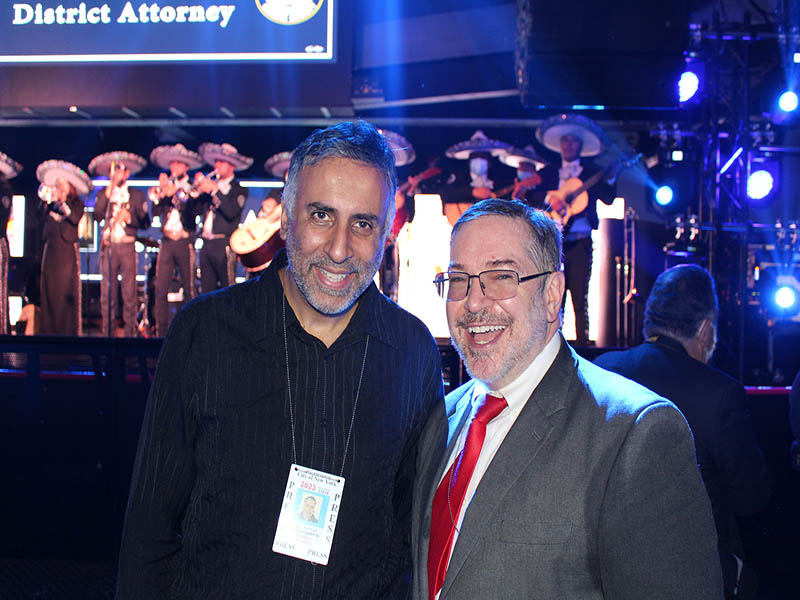 About Queens DA, Melinda Katz: Elected in November 2019, Melinda Katz is the first woman to serve as Queens County District Attorney in the City of New York.

Born and raised in Queens, District Attorney Katz is a product of our public school system. She has been a public servant for more than 20 years. 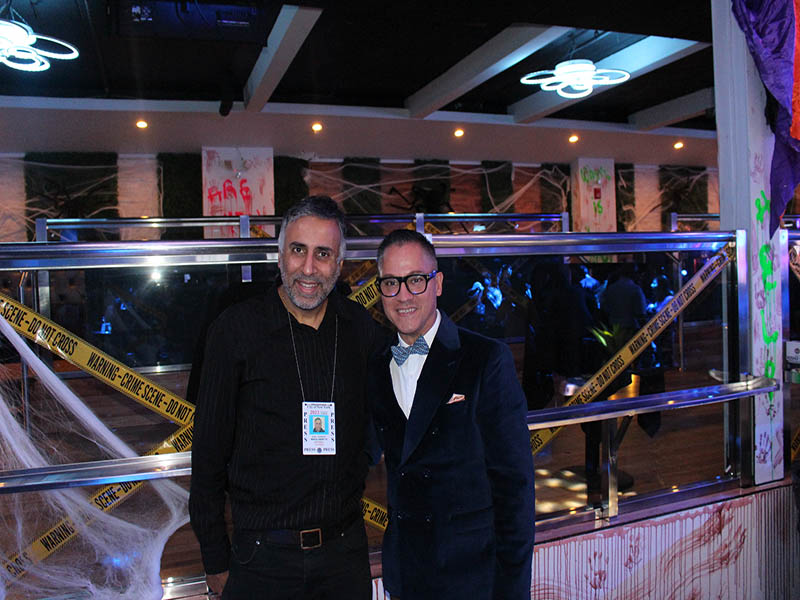 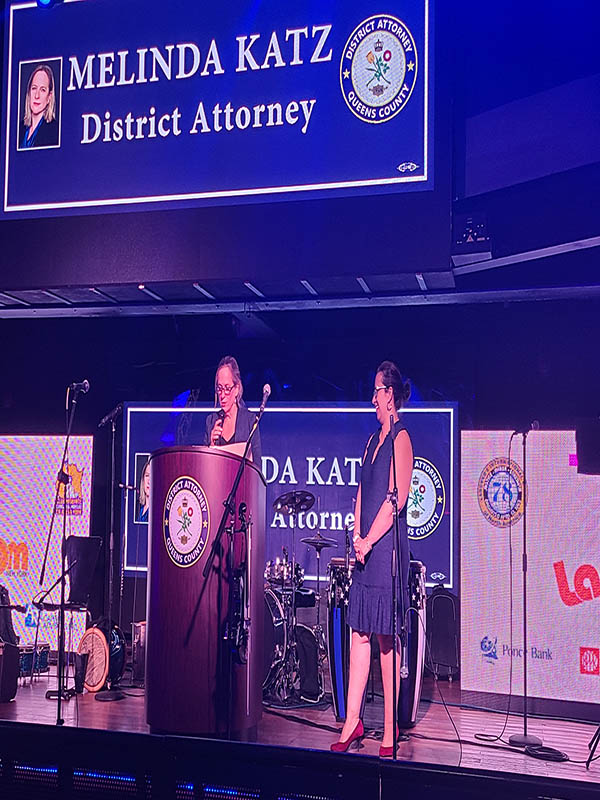 DA Katz was elected in 1994 to serve in the New York State Assembly, where she wrote and passed crucial legislation to protect New York’s most vulnerable. She authored the course of sexual conduct against a child law to ensure predators are held accountable for violating children, and her efforts resulted in laws tolling the Statute of Limitations for sexual abuse of a child. Her work in the Assembly also resulted in laws that provide women direct access to gynecologists and she co-sponsored bills to establish and strengthen anti-hate crime laws and prohibit discrimination based on sexual orientation. As a member of the New York City Council from 2002 to 2009, DA Katz served as Chair of the influential Land Use Committee, using her legal background and community ties to steward major projects that helped pull New York City out of the 2001 recession. 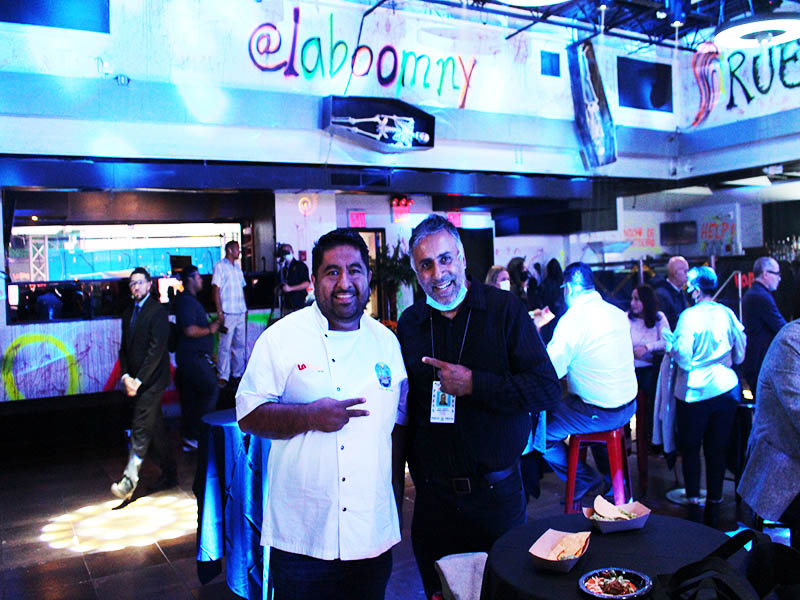 DA Katz has extensive experience in private practice, working as a securities litigator for Weil Gotshal and as a shareholder of Greenberg Traurig, a position she held until her 2013 election as the 19th Borough President of Queens. 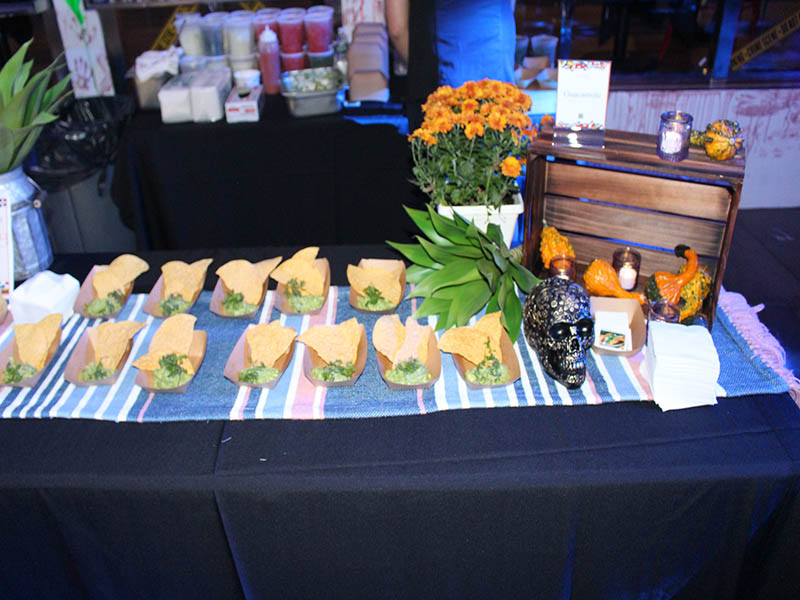 As Queens Borough President, she worked to seal certain misdemeanor and non-violent felony convictions and to grant warrant forgiveness in order to promote second chances in communities most affected by mass incarceration. 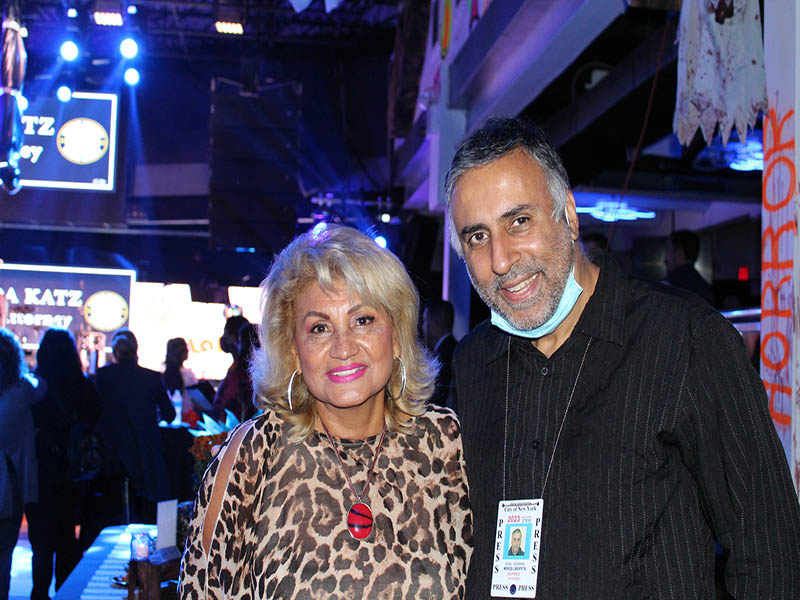 Under uniquely challenging circumstances related to COVID-19, she has dedicated herself as District Attorney to ensuring the safety of the 2.25 million-plus people who live, work and visit here, while implementing meaningful changes in the criminal justice system. 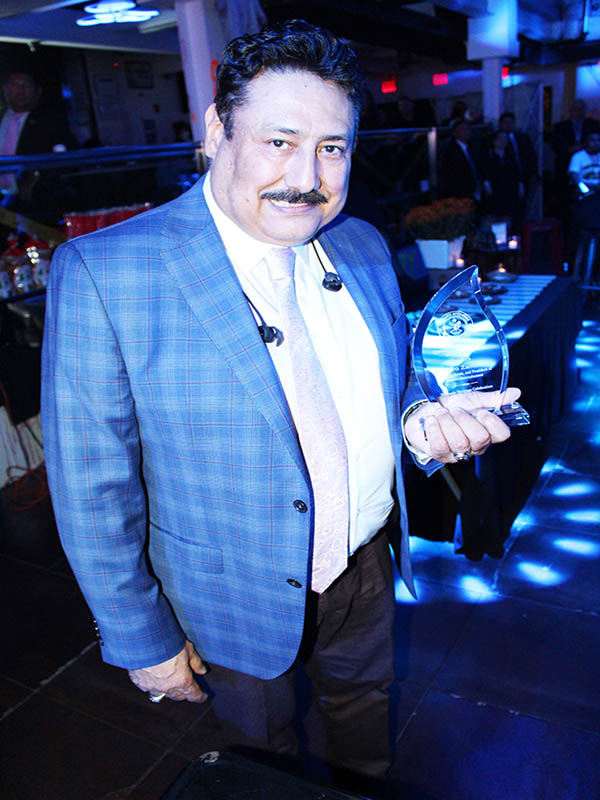 Among her Year One accomplishments are the creation of a Conviction Integrity Unit to restore justice to the wrongfully convicted (another Queens first), and an enhanced Community Partnerships Division to strengthen ties to the myriad communities that comprise the most diverse county in America. 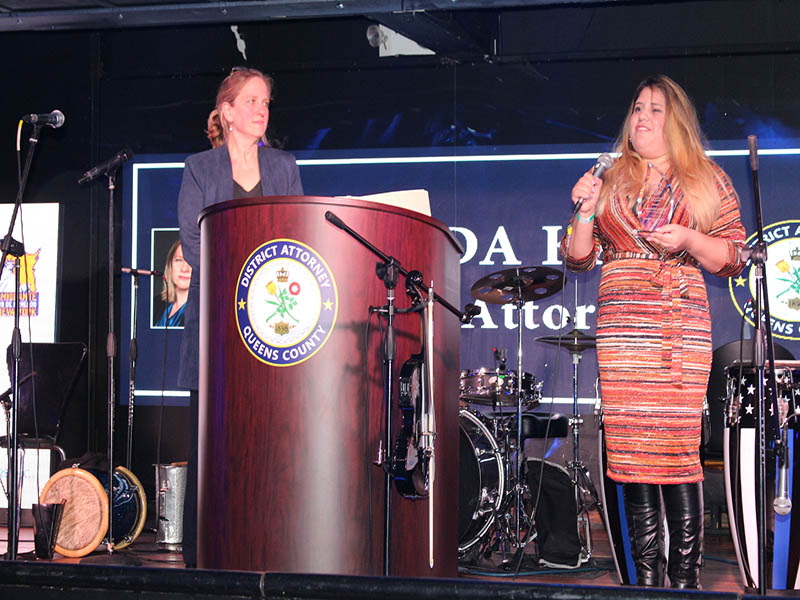 Throughout the pandemic she has restructured the Office of the District Attorney, with the following bureaus now in place: Major Economic Crimes, Hate Crimes, Human Trafficking, Frauds, Violent Criminal Enterprises, Housing & Worker Protection and a Cold Case Unit. She has also hired specialists in the fields of immigration and forensic sciences.DA Katz ended the office’s longstanding practice of requiring defendants to waive their 180.80 rights in order to initiate plea bargain negotiations and refusing to consider plea bargains on anything less than the top count after an indictment. 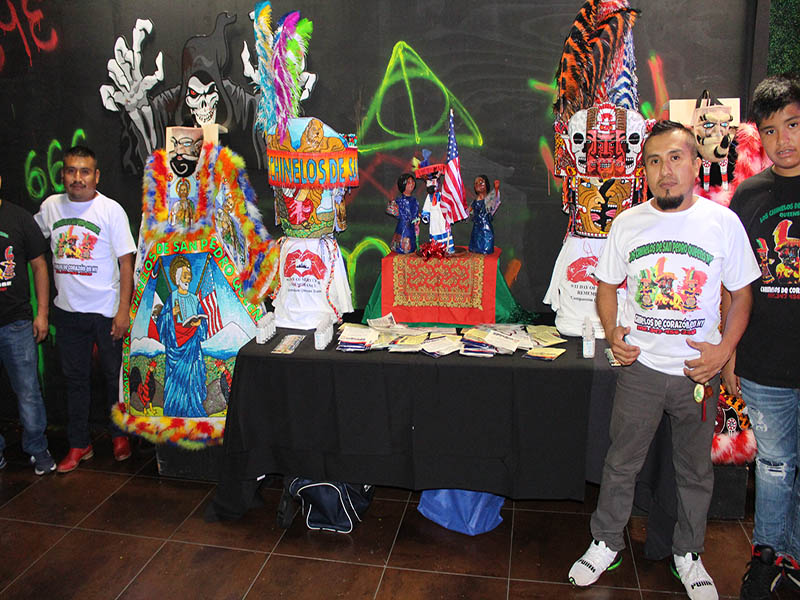 At the same time, she has launched initiatives to aggressively pursue and prosecute human traffickers, child abusers and those who prey on the elderly. The District Attorney’s father, David, was the founder and conductor of the Queens Symphony Orchestra and her mother, Jeanne, was the founder of the Queens Council for the Arts. She is raising her two children, Carter and Hunter, in the same Forest Hills home where she grew up. 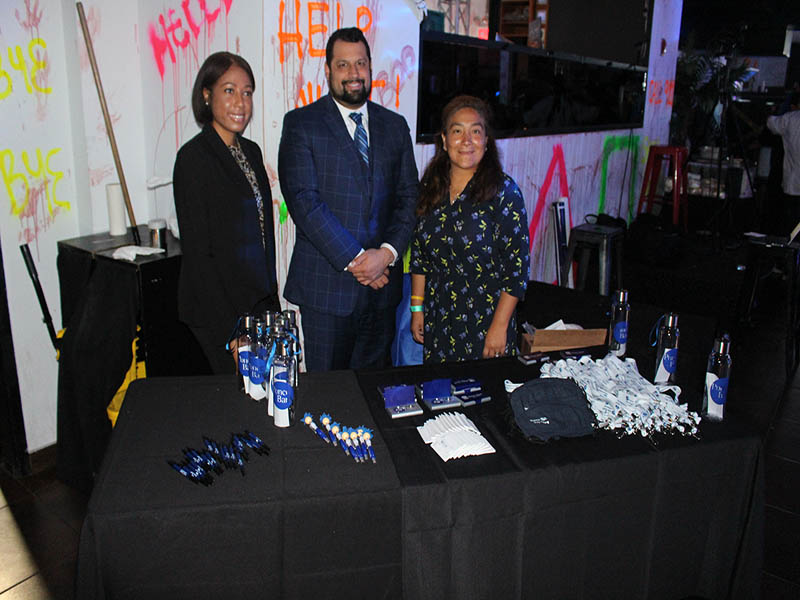