The Teletubbies, among the most iconic children’s characters of all time, are returning to New York City to celebrate the 20th anniversary of the show. In 2007, on the 10th anniversary, then Mayor Michael Bloomberg named March 28th “Teletubbies Day,” and presented the Teletubbies themselves with a key to the city. Now they’re back, to tour the town and host a once-in-a-lifetime Teletubbies 20th extravaganza. 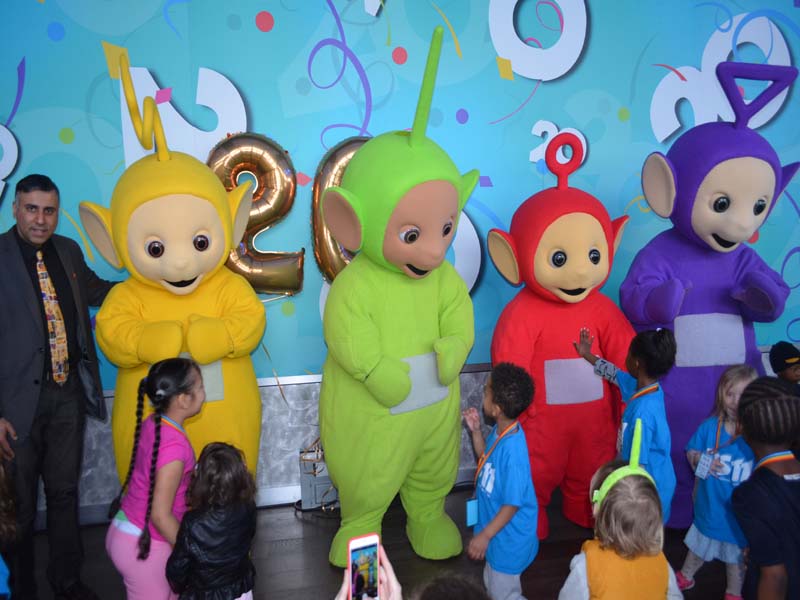 On Monday, March 27, all four Teletubbies — Tinky Winky, Dipsy, Laa-Laa and Po — will visit some of New York’s best known sights, including the Brooklyn Bridge, Flatiron Building, Times Square and Central Park. At each stop, they will give their trademark Big Hugs, to one another and anyone else who would like one, and pose for pictures and selfies. Fans can follow @TeletubbiesUSA on Twitter for clues of their route and join in the fun. 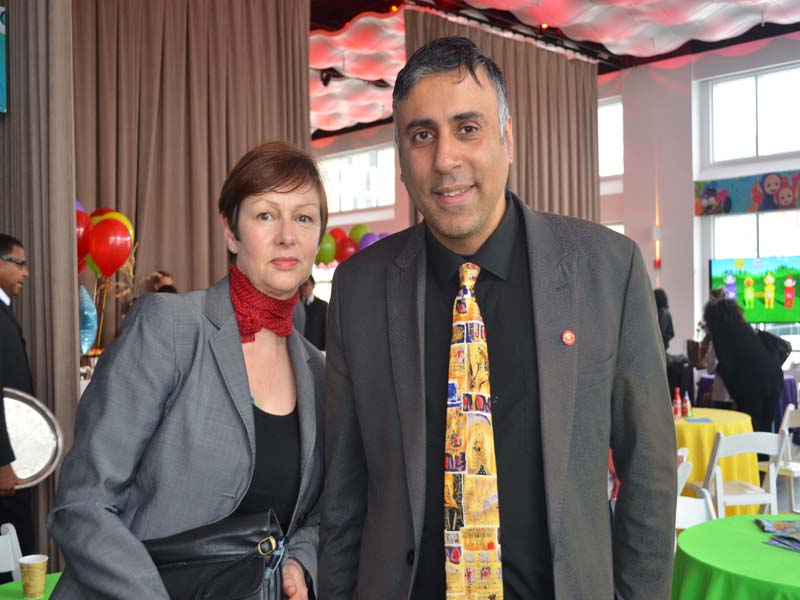 By following Teletubbies’ official social media channels, you can also get a sneak peek into the following day’s invitation-only Tubby Gala. The event features an array of fun, kid-friendly activities from face painting to bubble blowing, and special treats including the celebrated Tubby Custard and Tubby Toast. The highlight of the event will be an exclusive preview of the all-new Teletubbies series’ season 2.

Reimagined and designed to appeal to today’s tech-savvy toddlers, the new Teletubbies episodes present relatable storylines and new, techy features like Touch-Screen Tummies and a Tubby Phone smartphone. Produced by DHX Media, Teletubbies airs on Nick Jr. weekdays at 9:47am. 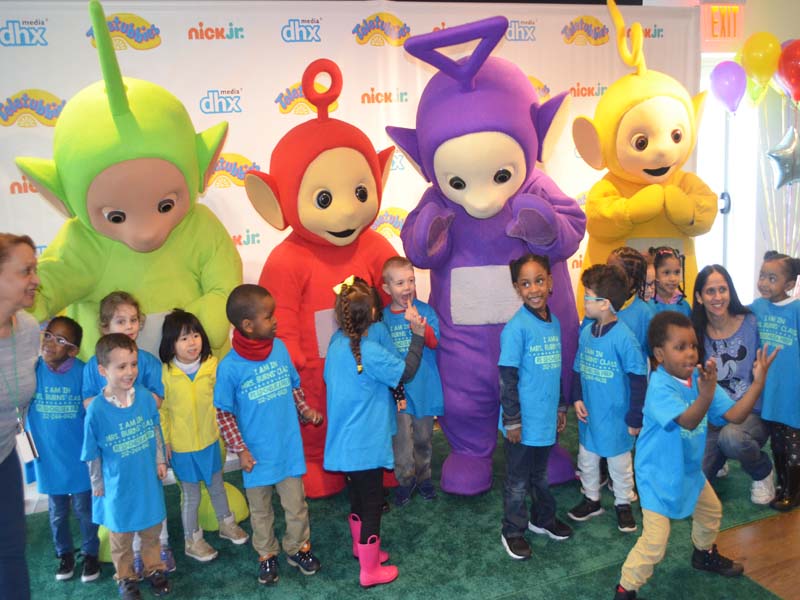 Teletubbies has reached over 1 billion children to date and the original show was broadcast in over 120 territories in 45 different languages. It was the very first Western preschool property to air on China’s CCTV, reaching an audience of 300 million children. It was also the first TV character brand specifically devised to aid learning and development for children as young as 6 months.

To coincide with the launch of the new Teletubbies show, this Spring sees a host of new Teletubbies products for babies and toddlers at retail, including a line of cuddly, soft plush toys from Spin Master, a series of DVDs from Sony including the most recent, “Big Hugs,” and a new learning app from Built Games. 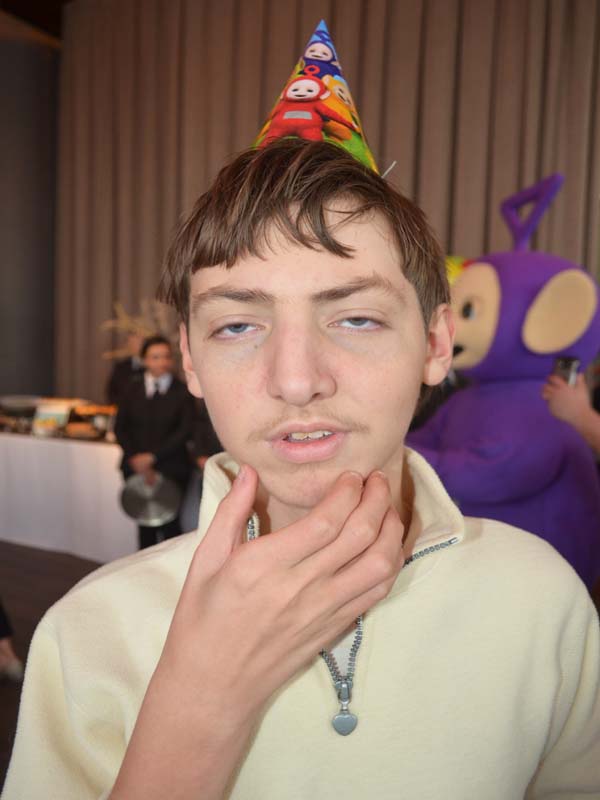 The March events formally launch the fabulous foursome’s 20th Anniversary tour, which will bring them to cities across the country. 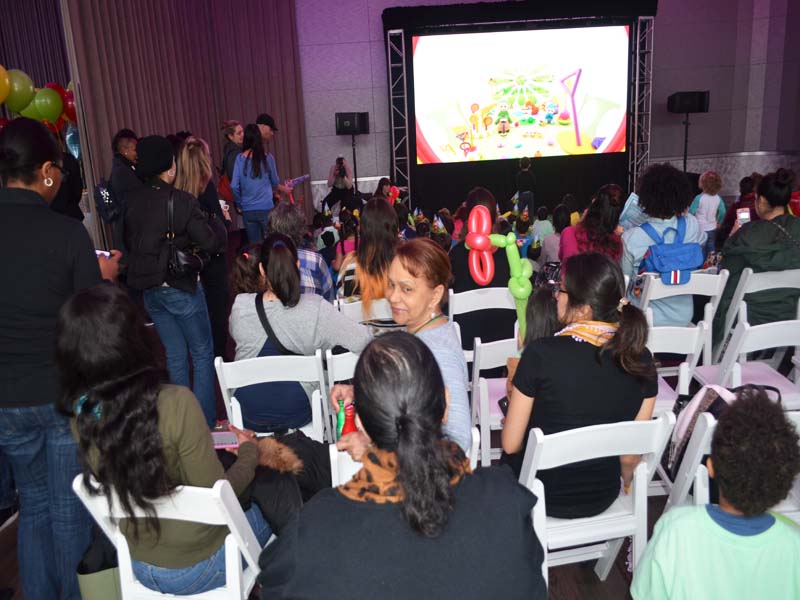 About DHX Media DHX Media Ltd. (www.dhxmedia.com) is the world’s leading independent, pure-play children’s content company. Owner of the world’s largest independent library of children’s content, at more than 12,500 half-hours, the Company is recognized globally for such brands as Teletubbies, Yo Gabba Gabba!, Caillou, In the Night Garden, Inspector Gadget, Make It Pop, Slugterra and the multiple award-winning Degrassi franchise. As a content producer and owner of intellectual property, DHX Media delivers shows that children love, licensing its content to major broadcasters and streaming services worldwide. Through its subsidiary, WildBrain, DHX Media also operates one of the largest networks of children’s content on YouTube. The company’s robust consumer products program generates royalties from merchandise based on its much-loved children’s brands. Headquartered in Canada, DHX Media has offices in 15 cities globally, and is listed on the Toronto Stock Exchange (DHX.A and DHX.B) and the NASDAQ Global Select Market (DHXM). 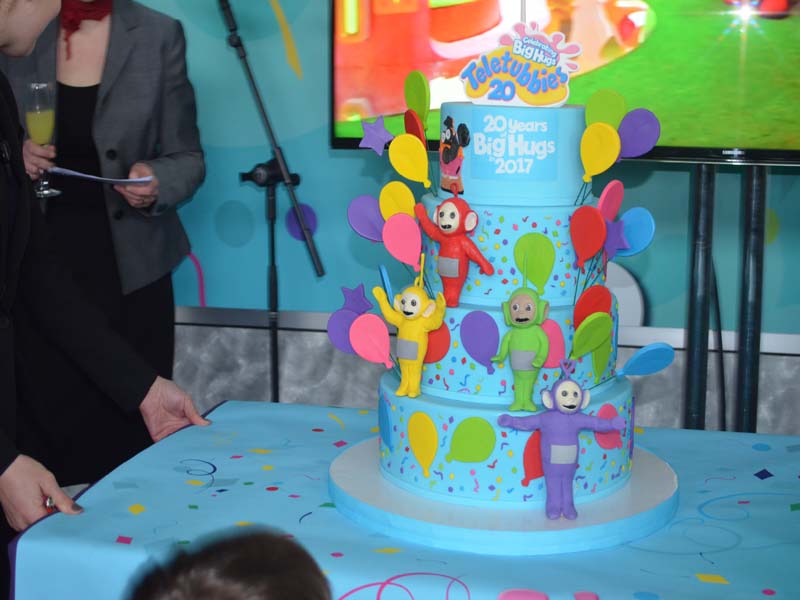