Creators of films, TV programs and books were  honored at the Christopher Awards on May 19th

Country music icon Dolly Parton, silver screen legend Sylvester Stallone, and popular comedian Jim Gaffigan are just a few of the creative forces behind the 21 feature films, TV/Cable programs, and books for adults and young people that will be honored at the 67th annual Christopher Awards, to be presented in New York City on May 19th, 2016.

The Christopher Awards were created in 1949 to celebrate writers, producers, directors, authors and illustrators whose work “affirms the highest values of the human spirit.”

Tony Rossi, The Christophers’ Director of Communications, says, “The world around us can seem like a dark place in light of all the violence and hatred we hear about in the news. But the stories we honor with Christopher Awards remind us that we can shine a light that illuminates the darkness by choosing to practice faith, love, compassion, courage, teamwork, and determination.” 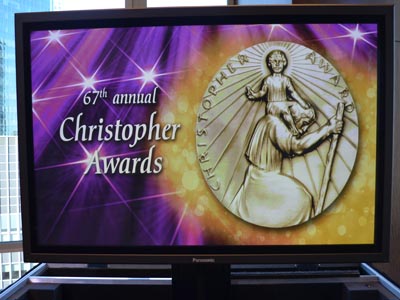 Dolly Parton, executive producer of the TV/Cable winner “Coat of Many Colors,” said, “I love the Christopher Award slogan, ‘Better to light one candle than to curse the darkness.’ I personally believe that with all my heart. I think the movie, ‘Coat of Many Colors,’ a true story from my childhood, does throw a light on a lot of things like family, hope, love, kindness, understanding, and acceptance. It really spoke to the issue of bullying. I am very proud at how God works through me to shine a light, and to help heal a lot of hurt in a lot of people, and I am very proud of this award.”

Winners in the various categories are:

TV & Cable: ABC News 20/20: Escaping ISIS  follows 189 Iraqi Christians as they find safe haven from terrorists in a Catholic Church in Erbil, Iraq, before two Americans help them escape the country. In America Reframed: If You Build It (World Channel/PBS), two architectural designers move to North Carolina’s poorest county and use creative educational techniques to teach high school students how to transform their lives and community. Dolly Parton’s Coat of Many Colors (NBC) brings the legendary entertainer’s classic song to life in a story that addresses working through grief, bullying, and the riches beyond money that are found in a loving home.

The Jim Gaffigan Show: My Friend the Priest (TV Land) finds the comedian feeling comically uncomfortable because his friendly parish priest tags along with him wherever he goes—even an appearance on “The Tonight Show with Jimmy Fallon.” Tashi and the Monk (HBO) takes us to the Himalayas where a Buddhist monk has created a home for abused, neglected and orphaned children, teaching them to move beyond their violent pasts and find healing through love and compassion. 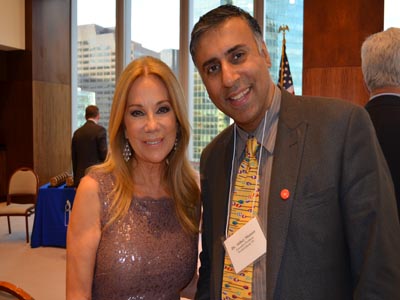 Feature Films: Creed (Warner Bros.) lands a knockout punch with its story of aspiring boxer Adonis Creed and his mentor Rocky Balboa, who face self-doubt, loneliness, and even cancer as they pursue victory in the ring and in life.  A documentary about a pastor in South Korea who gives abandoned, disabled babies a loving home, The Drop Box (Arbella Studios) highlights the inherent dignity of society’s most vulnerable. Stranded on Mars because his fellow astronauts believe he’s dead, Mark Watney uses science and determination to keep himself alive until he can be rescued in The Martian (20th Century Fox). In Room (A24 Films), the powerful love between a mother and son sustain them through the years they’re held in captivity by a kidnapper and the hardships that arise after they escape and return home.

Books for Adults: In Five Years in Heaven (Image Books/Crown Publishing), John Schlimm chronicles his friendship with an 87-year-old nun whose kindness and wisdom led him to renewed hope, faith, and purpose in life. Marcy Cottrell Houle, MS and Elizabeth Eckstrom, MD, MPH join forces for The Gift of Caring (Taylor Trade Publishing/Rowan and Littlefield), a heartfelt memoir of a daughter supporting her aging parents through their medical problems—and an empowering handbook on navigating the perils of the healthcare system. New York City’s first African American police officer, Samuel Battle, maintains his dignity and Christian principles in the face of racism to help integrate the department in Arthur Browne’s revealing biography One Righteous Man (Beacon Press). 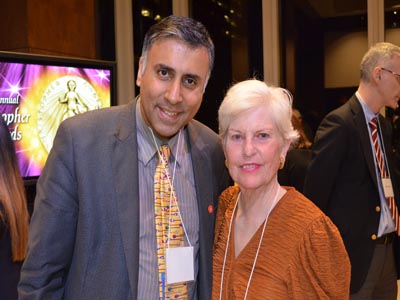 U.S. Army Staff Sergeant Travis Mills, who lost all his limbs in an IED explosion in Afghanistan, fights through a painful rehabilitation to live a full life as a husband, father and veterans advocate in his book Tough As They Come (Convergent Books/Crown Publishing), written with Marcus Brotherton. Joseph Kim documents his journey from starvation and homelessness in North Korea, to his new life in the United States, made possible by activists and Christian missionaries, in Under the Same Sky (Houghton Mifflin Harcourt), written with Stephan Talty. The transformational power of faith and art guide actor Wendell Pierce’s memoir The Wind in the Reeds (Riverhead Books/Random House), about the family values and community atmosphere in which he was raised in Pontchartrain Park, New Orleans, and his efforts to rebuild that community after the devastation of Hurricane Katrina. 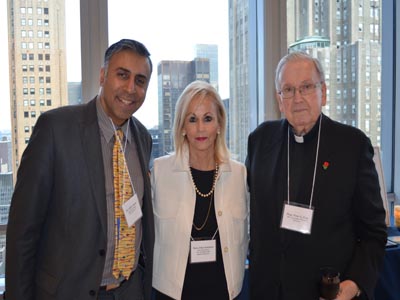 Books for Young People: In a community where neighbors don’t smile or talk to each other, a child’s act of kindness sets off a chain of events that transforms strangers into friends in One Good Deed (Preschool and up, Kar-Ben Publishing) by Terri Fields, illustrated by Deborah Melmon. A young woman opens her heart and home to a boy who’s never celebrated Christmas, teaching them both lessons about family and giving in the fact-based An Invisible Thread Christmas Story (Kindergarten and up, Little Simon/Simon & Schuster) by Laura Schroff and Alex Tresniowski, illustrated by Barry Root. Poet: The Remarkable Story of George Moses Horton (ages 6 and up, Peachtree Publishers), written and illustrated by Don Tate, presents the inspiring biography of a slave who taught himself to read and eventually became the first southern African American man to be published. A third-grader donates the 40-pound cabbage she grew in her backyard to a local soup kitchen, and launches a national youth movement called Katie’s Krops to end hunger one vegetable garden at a time in the true story Katie’s Cabbage (ages 8 and up, Young Palmetto Books/University of South Carolina Press) by Katie Stagliano (now a high school student) with Michelle H. Martin, illustrated by Karen Heid. Firefly Hollow (Ages 10 and up, Atheneum Books for Young Readers/Simon & Schuster) by Alison McGhee, illustrated by Christopher Denise, presents a tale of adventure, friendship and courage about a lonely boy who befriends a firefly that wants to touch the moon and a cricket that wants to be a baseball catcher like his hero Yogi Berra. A birthday card for a fellow Auschwitz inmate becomes an act of defiance and statement of hope for two Jewish young women with the determination to survive in the “based on a true story” novel in verse Paper Hearts (Young Adult, Margaret K. McElderry Books/Simon & Schuster) by Meg Wiviott. 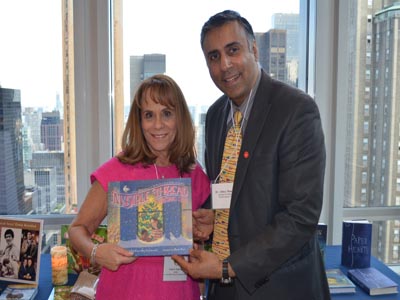 -Christopher Motto-  “It’s better to light one candle than to curse the darkness”.

See more of :  Christopher Awards in our Humanitarian Channel