Mark Wahlberg’s pro-foster parenting comedy Instant Family, Season Two of Returning the Favor, Mike Rowe’s Facebook series celebrating community volunteers, and The Sun Does Shine, Anthony Ray Hinton’s memoir about being an innocent man sentenced to death row, are among the 20 winning feature films, TV/Cable programs, and books for adults and young people that will be honored at the 70th annual Christopher Awards in New York City on May 23, 2019. 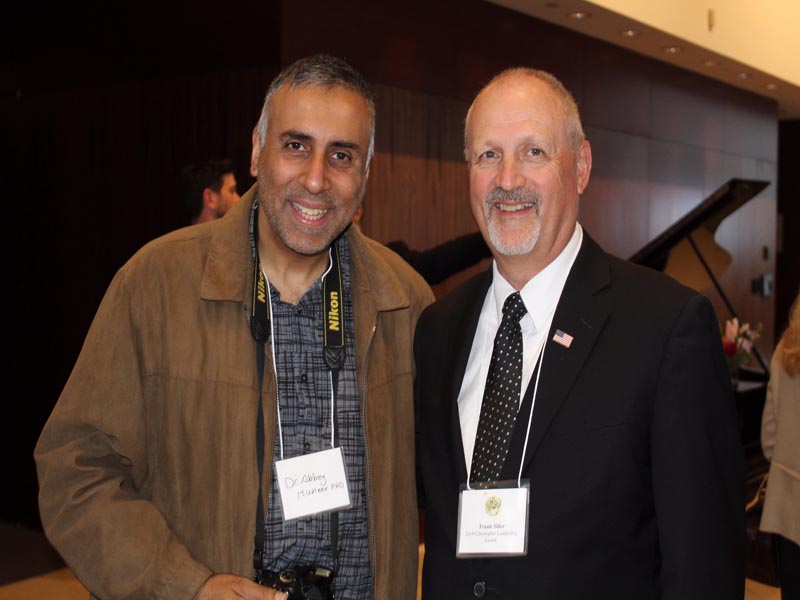 The Christopher Awards were created in 1949 to celebrate writers, producers, directors, authors and illustrators whose work “affirms the highest values of the human spirit” and reflects the Christopher motto, “It’s better to light one candle than to curse the darkness.”

“The stories we’re honoring move us toward getting in touch with ‘the better angels of our nature,’ to use Abraham Lincoln’s term,” said Tony Rossi, The Christophers’ Director of Communications. “They highlight the power of community and common purpose, the positive difference that love and perseverance can make in the lives of the lost or lonely, and the struggle to find God’s presence and light, even in the darkest of circumstances.” 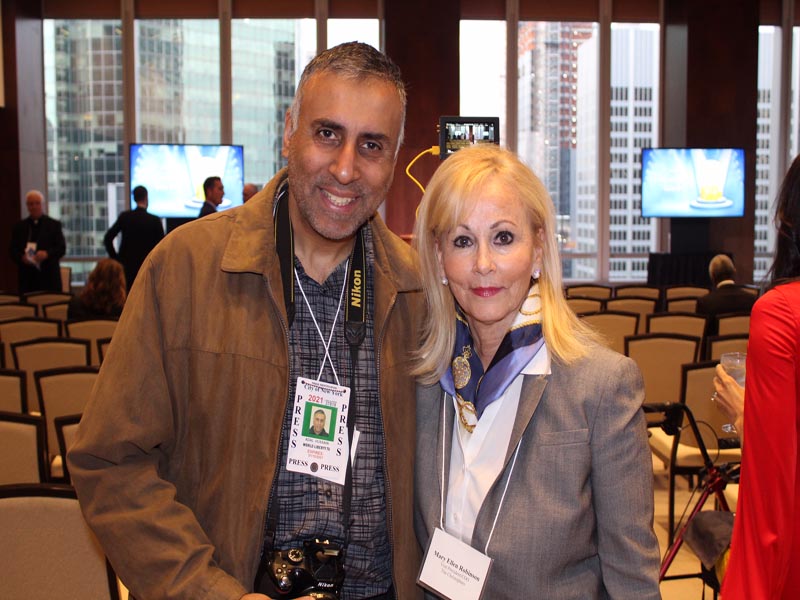 Winners in the various categories are: TV & Cable ABC News 20/20: One Way Out: Thailand Cave Rescue dives into the death-defying teamwork and courage it took to successfully save the lives of 12 boys and their soccer coach trapped in a complex network of flooded caves last summer. When an armed, mentally ill young man entered a Georgia school in 2013 and threatened to kill all the children, the school’s empathetic bookkeeper used kindness to convince him to surrender peacefully in the riveting dramatization Faith Under Fire: The Antoinette Tuff Story (Lifetime). The Homeless Chorus Speaks (PBS) chronicles the life-changing work of San Diego musicians Nina Deering and Steph Johnson, who formed a choir made up of homeless people, giving them a sense of fellowship and hope. Blending historical narrative with contemporary patient stories, The Mayo Clinic: Faith, Hope, Science (PBS) details the partnership between the Mayo family and the Sisters of St. Francis in 1883 that led to the creation of an institution world-renowned for medicine, compassion, and spirituality. Mike Rowe highlights America at its best as he travels throughout the country to profile and reward volunteers who are working to impact their communities in positive ways in Returning the Favor: Season Two (Facebook Watch). 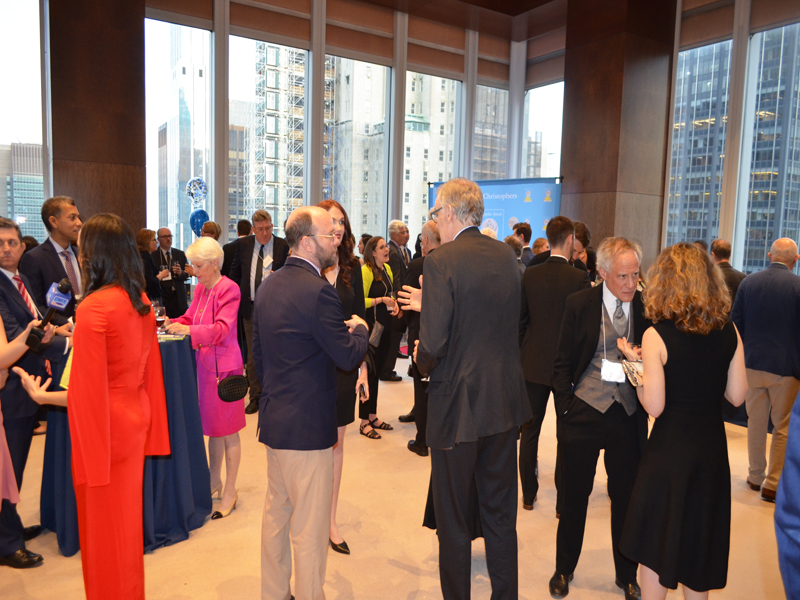 Feature Films: A mother’s unyielding commitment to saving her 19-year-old son from the scourge of opioid addiction is tested when he returns home from rehab, only to face unexpected temptations and dark elements of his past in Ben is Back (Lionsgate). Inspired by writer/director Sean Anders’ own experience, Instant Family (Paramount Pictures) comedically explores the joys and heartaches faced by a couple who take in three foster children as they slowly bond and come to love each other. As Nero persecutes and executes all Christians in Rome, Saints Luke and Paul courageously struggle to live out the Gospel of Jesus in ways that model forgiveness and love that stems from a divine source in Paul, Apostle of Christ (AFFIRM Films/Sony Pictures). Won’t You Be My Neighbor? (Focus Features) documents the enduring lessons of kindness, empathy, and respect that former Christopher Award winner Fred Rogers embodied and passed on to children through his PBS series Mister Rogers’ Neighborhood for more than 30 years. 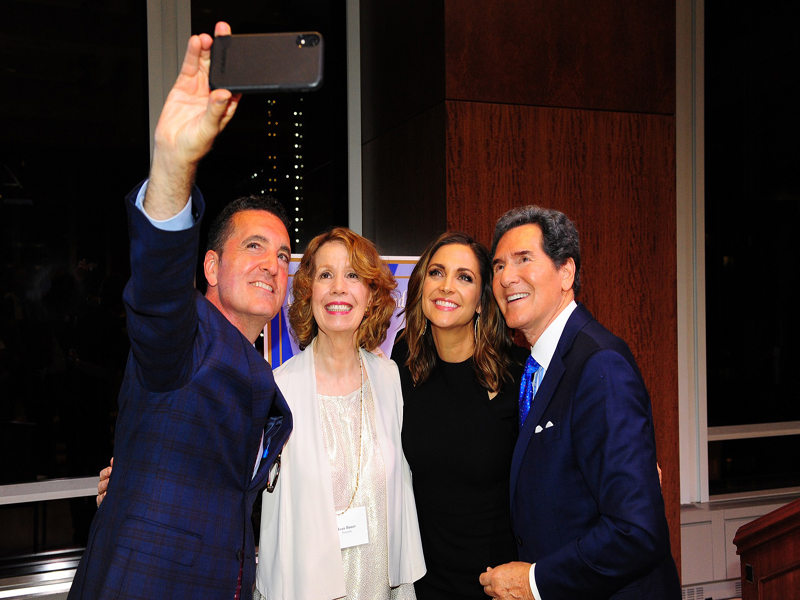 Books for Adults: In Everything Happens for a Reason: and Other Lies I’ve Loved (Random House), 35-year-old Kate Bowler struggles to make sense of her diagnosis with incurable cancer and comes to a new understanding of the ways that God can be found in life’s brokenness. David W. Blight’s Frederick Douglass: Prophet of Freedom (Simon & Schuster) presents the definitive biography of the escaped slave whose writings and orations about the evils of slavery turned him into an influential champion of human liberty. With humor and honesty, the overly self-reliant Jennifer Fulwiler learns to embrace the chaos and joy of raising six kids, pursuing career goals, and accepting help from the people God puts in her life in One Beautiful Dream (Zondervan/Harper Collins). In The Strange Case of Dr. Couney (Blue Rider Press/Penguin Random House), Dawn Raffel reveals the unknown story of the man who set up incubators at sideshows in Coney Island and Atlantic City in the early 1900s, saved the lives of thousands of premature babies, and revolutionized neonatal care. In The Sun Does Shine (St. Martin’s Press), Anthony Ray Hinton (with Lara Love Hardin) chronicles the racism that sent him to death row for 30 years for a murder he didn’t commit, the spiritual transformation that led him to become a force for good for his fellow inmates, and how he was finally exonerated in 2015.

Books for Young People: In the competitive world of talking school supplies, where Pencil and Glue get all the glory, Eraser feels unappreciated until she realizes her critical role in creating second chances in Eraser by Anna Kang, illustrated by New Yorker cartoonist Christopher Weyant (Preschool and up, Two Lions/Amazon Publishing). As they enjoy the great outdoors and a trip to the zoo, a brother and sister come to appreciate God’s blessings in the beauty of creation and simple wonders of the world in The World is Awake by ABC journalist Linsey Davis with Joseph Bottum, illustrated by Lucy Fleming (Kindergarten and Up, Zonderkidz/Harper Collins). Inspired by author Jessica Kensky’s experiences after the Boston Marathon bombing, Rescue and Jessica, co-authored by Patrick Downes and illustrated by Scott Magoon (ages 6 and up, Candlewick Press), explores the special friendship that forms between a young woman, who is a double amputee, and the service dog who reignites her joy for life. 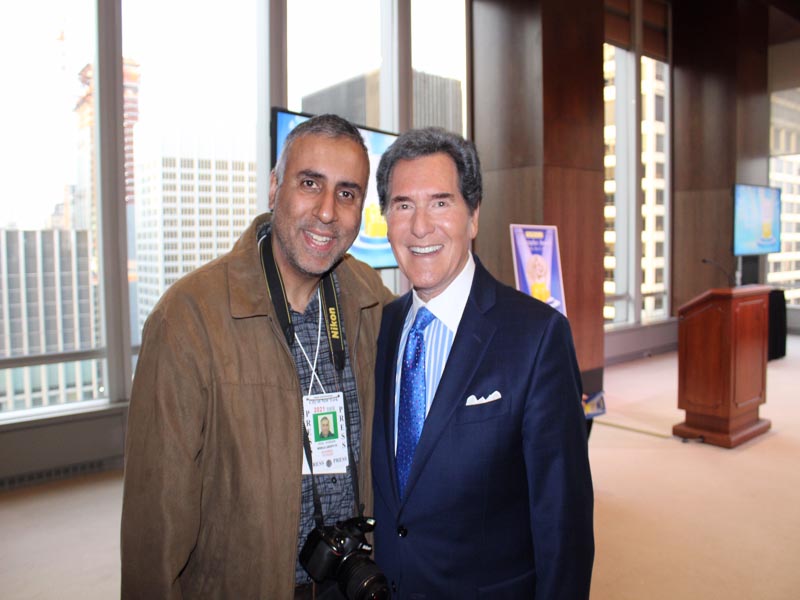 Olivia wishes she could fix her brother Jacob’s autism, but adventures involving an ostrich named Ethel and a search for a missing toy lead her to see him and their relationship in a different light in The Ostrich and Other Lost Things by Beth Hautala (ages 8 and up, Philomel Books/Penguin Young Readers Group). To the Moon by Jeffrey Kluger with Ruby Shamir (ages 10 and up, Philomel Books/Penguin Young Readers Group) revisits the thrilling story of Apollo 8 and the teamwork, courage, and human ingenuity it took to send a crewed spaceship around the moon for the first time. When a comic book-loving sixth grader is goaded into illegal activities by a new friend, he looks to his heroes, both real and fictional, to help him deal with peer pressure and do what is right in Tight by Torrey Maldonado (young adult, Nancy Paulsen Books/Penguin Young Readers Group).

NEW YORK, May 1, 2019 — The Christopher Leadership Award will be presented to Frank Siller on Thursday May 23rd for the invaluable aid he brings to catastrophically injured veterans, first responders, and Gold Star families as Chairman and CEO of the Stephen Siller Tunnel to Towers Foundation, the charity he co-founded with his siblings in honor of their late brother Stephen, a New York City firefighter who was killed on 9/11. 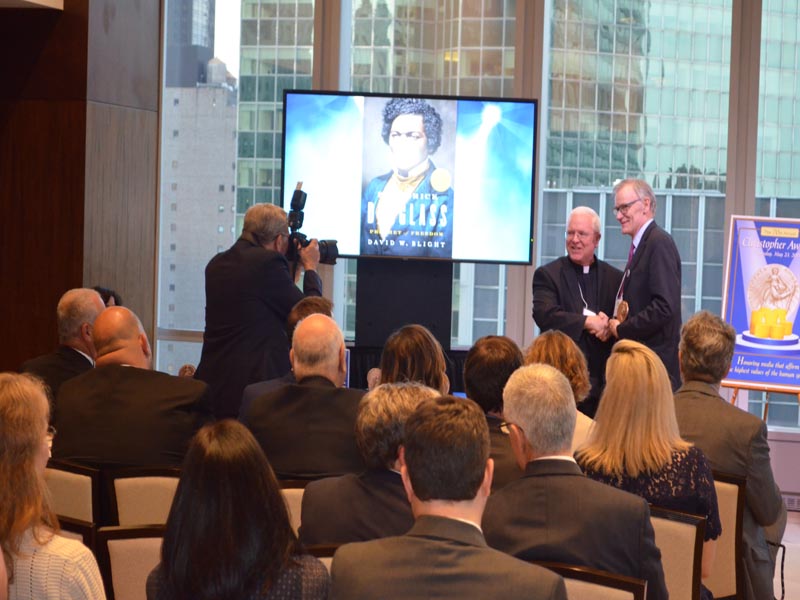 On Sept. 11, 2001, firefighter Stephen Siller got the call that a plane had hit the North Tower of the World Trade Center. Stationed in Brooklyn, he drove the truck to the Battery Tunnel to get into Manhattan, only to find the tunnel shut down for security reasons. So Stephen strapped 60 pounds of gear to his back and ran through the tunnel to join rescue efforts at the Trade Center. The husband and father of five was killed when the Towers collapsed. 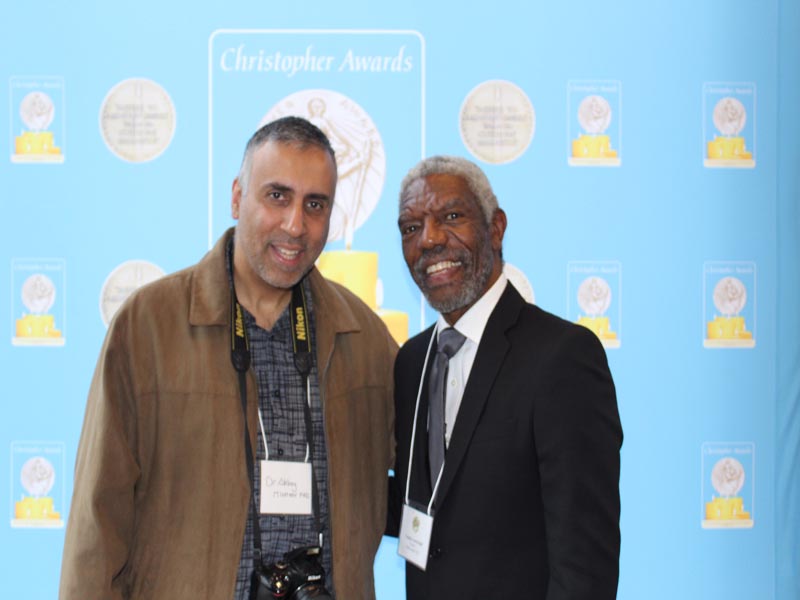 Stephen’s six siblings were determined to not only keep his memory alive, but to do it in a way that would help others. In 2002, they created the Stephen Siller Tunnel to Towers Foundation (www.tunnel2towers.org), initially as a New York City-based charity run that retraced Stephen’s steps on 9/11. But under the leadership of Chairman/CEO Frank Siller, Stephen’s brother, the Foundation has grown into a national force for good that builds specially adapted smart homes for catastrophically injured members of the military who have lost arms and legs, pays off mortgages for families of first responders who have been killed in the line of duty, pays off mortgages for Gold Star families whose loved ones made the ultimate sacrifice in service to their country, and supports a variety of community programs around the country. Since its inception, the Foundation has raised over $125 million dollars, with 95 cents of every dollar going to programs. 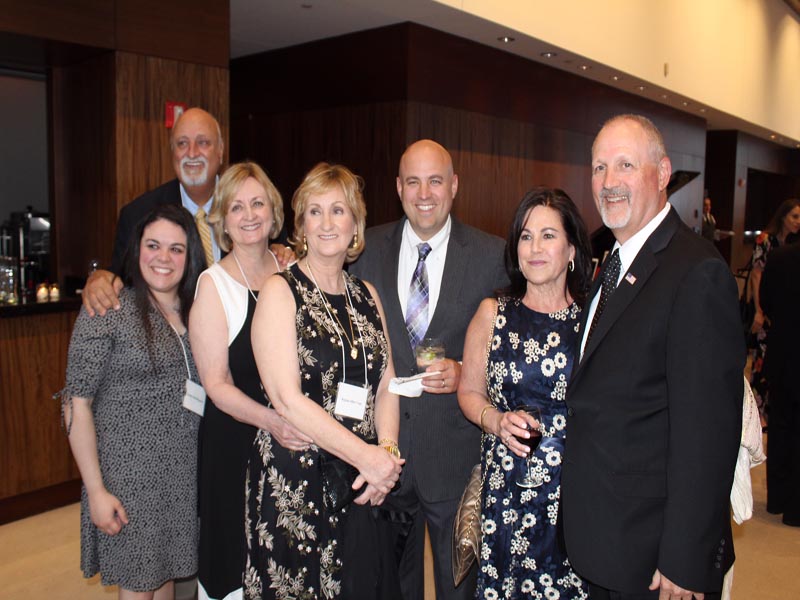 Frank told The Christophers that his family’s willingness to help others stems from the example they saw set by their parents. “My parents had seven kids,” he explained. “We were very poor, but we were never too poor to do something good for our neighbors.” His parents often quoted the words of St. Francis of Assisi, “While we have time, let us do good,” which the siblings adopted as the Foundation’s motto. The Siller brothers and sisters were especially close to Stephen because he was only 10 years old when their parents died, so they each had a hand in raising him. 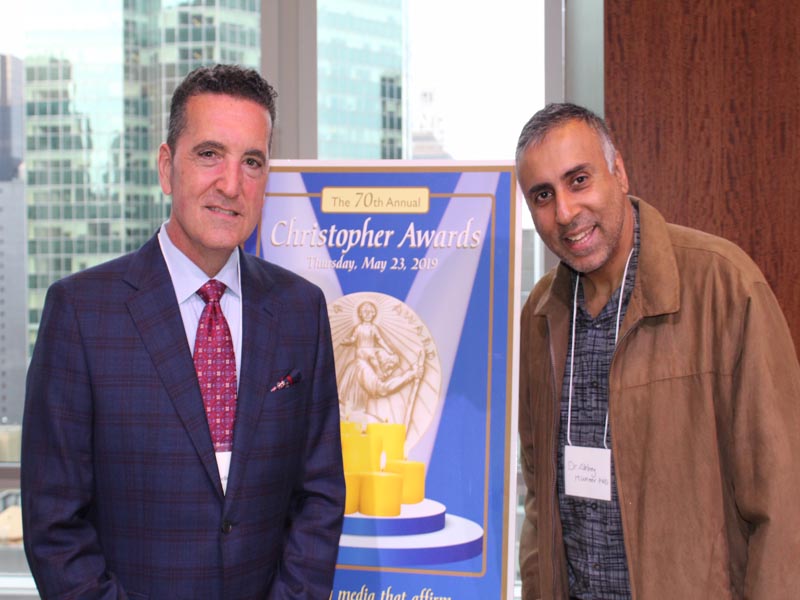 The losses that Frank has experienced in his life allow him to relate to the people the Foundation is helping. He said, “I understand exactly each point they’re at because I lived it… After 9/11, so many people were there for our family. It lifts you to know you’re not alone, and that people care and are praying for you. This is the message that we send to all these great families…We don’t want to just pay off the mortgage or build them a mortgage-free home, a smart home; we want to be part of their lives. They join us on our mission and are our greatest ambassadors because they received it and they want to pay it forward to the next person…The more they do for somebody else, the better they’re going to feel. And they do. It does lift you, it does heal you, and it does give you a great purpose that’s bigger than [yourself].”

The Christopher’s, a nonprofit organization, is rooted in the Judeo-Christian tradition of service to God and humanity.  The ancient Chinese proverb —“It’s better to light one candle than to curse the darkness”— serves as the Christopher motto and guides it’s publishing, radio, online, and awards programs. 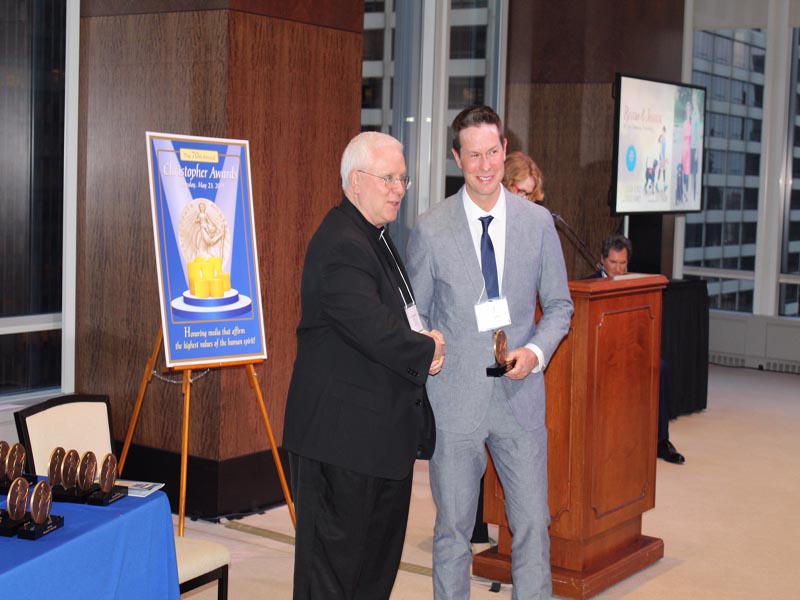 The Christopher’s: a nonprofit founded in 1945 by Maryknoll Father James Keller, is rooted in the Judeo-Christian tradition of service to God and humanity. The ancient Chinese proverb—“It’s better to light one candle than to curse the darkness”— guides its publishing, radio, and awards programs. 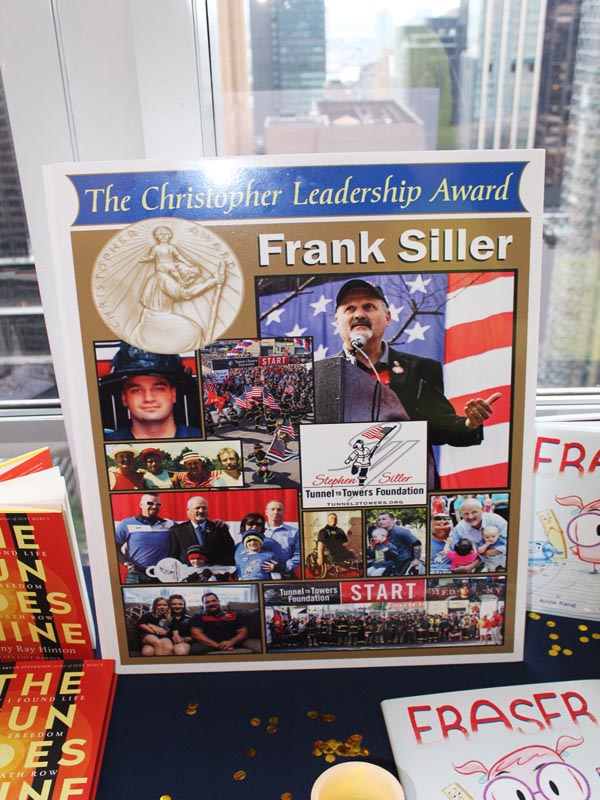 Close to 200 people were in attendance, Ernie Anastos  News Anchor , Producer WNYW-TV Fox 5 ,NY was the Master of Ceremonies, making his 25th appearance and Tony Aiello of CBS News 2 was also in attendance  to present Christopher’s to books for adults , Joan Bauer World renowned author was on hand to help giving out the Christopher awards , to books for young people and feature films . 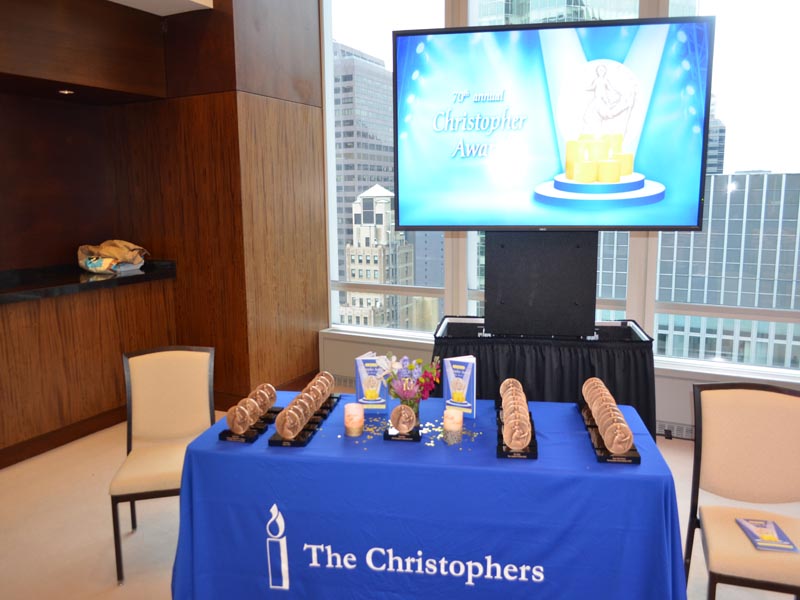 The Awards Honorees Got at Christopher s

See more about The Christopher’s in our World Liberty TV Humanitarian Channel and Blogs by clicking here. 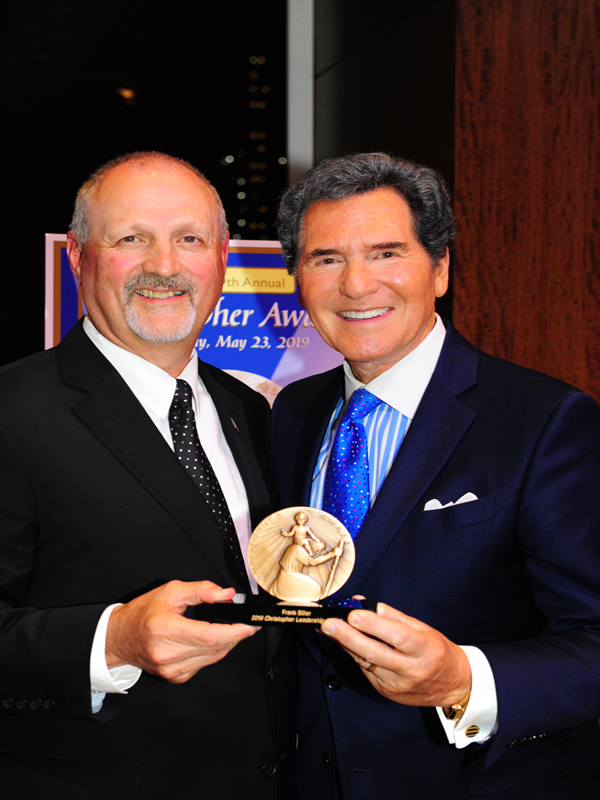 The Christopher’s Motto: —“It’s better to light one candle than to curse the darkness”.