At the 67th annual Christopher Awards ceremony  on Thursday May 19th, Emmy Award-winning broadcaster Ernie Anastos  received the Christopher Life Achievement Award, while the family-friendly Hallmark Channel series “When Calls the Heart” will be honored with the Christopher Spirit Award. 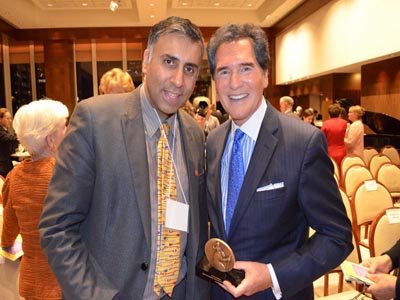 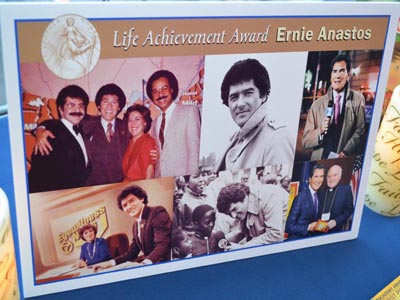 Many faces of Ernie Anastos

For more than 35 years, Ernie Anastos has been—and remains—a respected and beloved television news anchor. His desire to work as a broadcaster emerged at age 10, and his illustrious career has brought him to New York’s top television stations as the lead anchor at WABC-TV, WCBS-TV, and currently at FOX 5 News. Anastos’s professionalism and dedication to reporting stories in ways that educate—and sometimes inspire—has earned him accolades that include more than 30 Emmy Awards and nominations, the Edward R. Murrow Award, and a place in the New York State Broadcasters Hall of Fame. 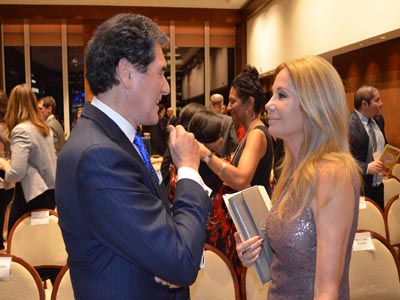 Anastos’s talent may be overshadowed only by his generous heart. He can often be found devoting time to charities, such as St. Francis Food Pantries of New York. Proceeds for his children’s book, “Ernie and the Big Newz,” were donated to The Make-A-Wish Foundation.

The four things closest to Anastos’s heart, though, are his faith, family, fans, and Greek heritage. His grandfather was one of the first Greek Orthodox priests in the United States. Anastos also developed close ties with the Catholic Archdiocese of New York, including organizations such as The Christophers and Catholic Charities. In an industry that often focuses on the negative, Anastos credits his faith with giving him the hopeful, positive attitude that serves as the foundation of his life, work, and interactions with the public. 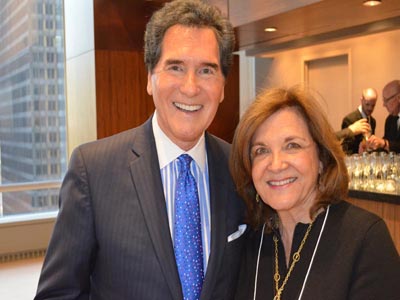 Ernie Anastos with his wife