The mission of the United War Veterans Council is to honor and serve America’s veterans. 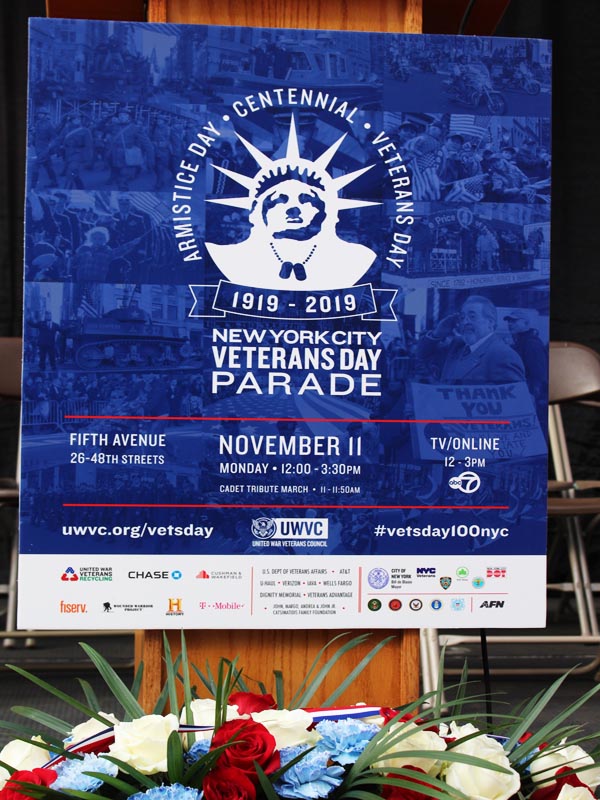 We are dedicated to ensuring that the public always embraces its commitment to provide all veterans and their families with the care, recognition and opportunities they have rightfully earned.

We work to achieve this goal by: Supporting and promoting a wide range of initiatives that provide vital services to our veterans community (including health & wellness and legacy & education programs). 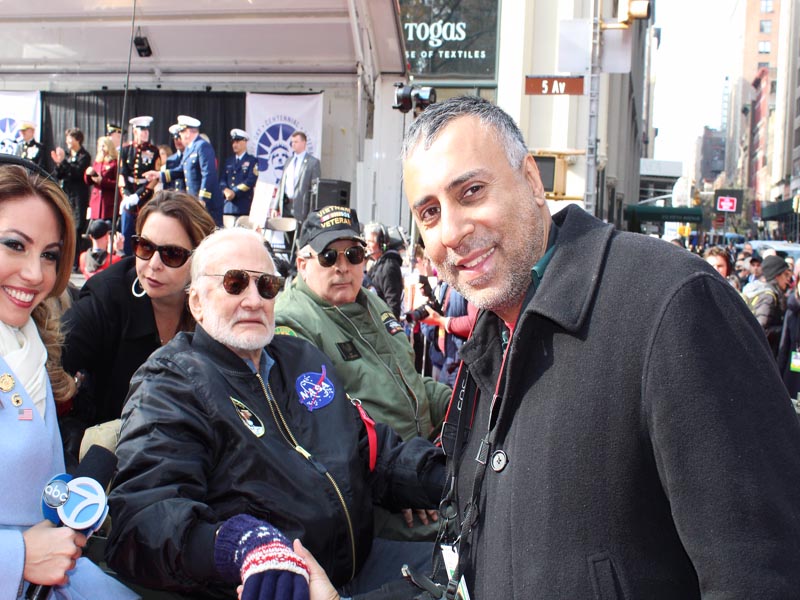 Raising positive awareness and increase understanding of the needs of our veterans, military service members and their families through major public events and promotional activities, including the New York City Veterans Day Parade, the largest event of its kind in the nation. 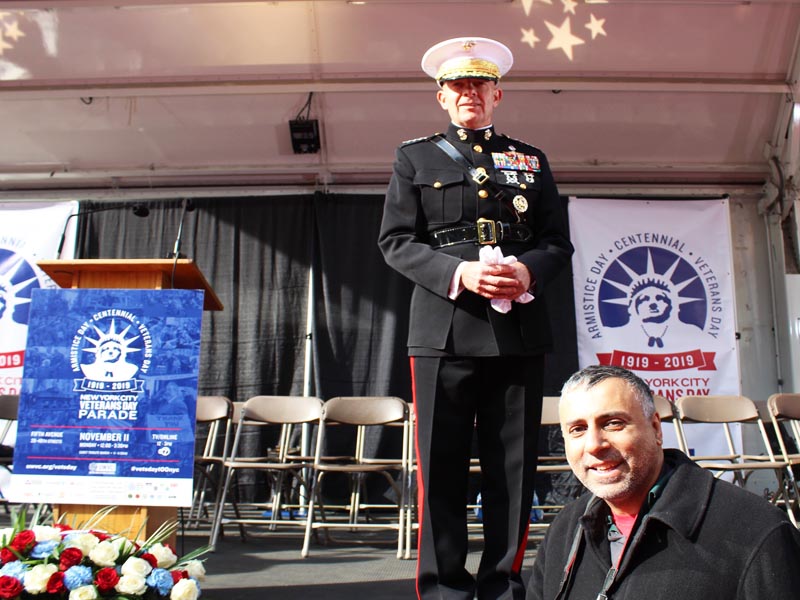 We invite you to learn more about how we help veterans and to get involved in supporting our work! 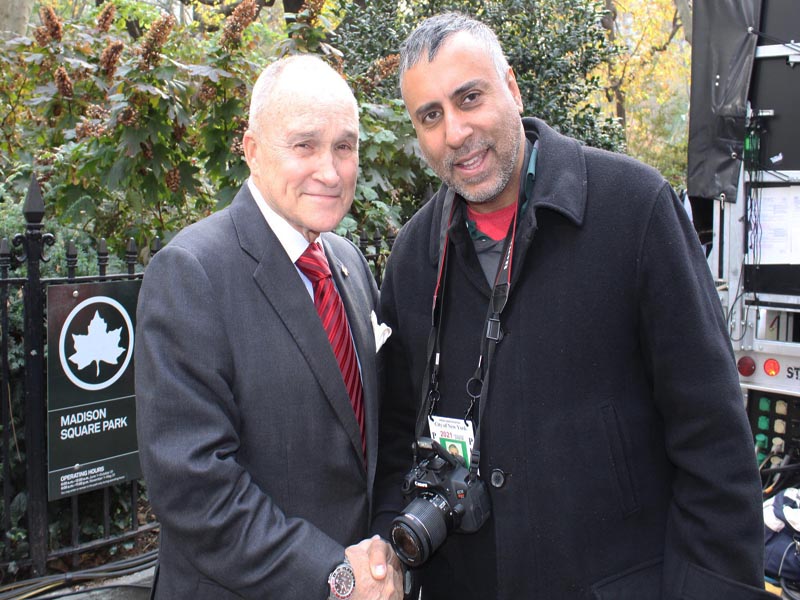 The modern UWVC was revived in 1985 by a group of Vietnam veterans, initially for the purposes of salvaging the New York City Veterans Day Parade, which was on the verge of extinction. Today, that Parade has grown into the largest Veterans Day event in the nation, drawing tens of thousands of participants and hundreds of thousands of spectators. 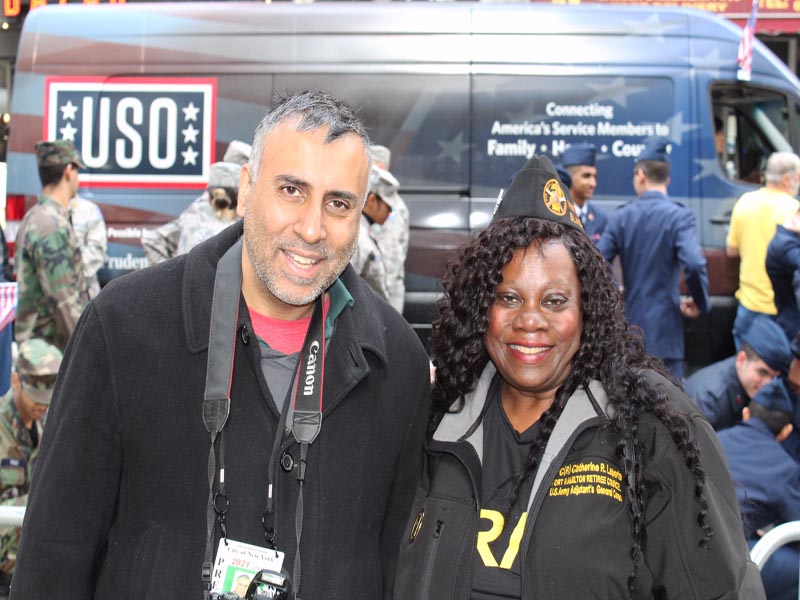 Going forward, the UWVC is being led by our latest generation of Iraq, Afghanistan and Post-9/11 veterans. We are building on past successes by focusing our efforts on our events and services. Our goal is to ensure that the UWVC will continue to honor, support and serve veterans for years to come.

On the 74th anniversary of the end of the Battle of Iwo Jima, The United War Veterans Council (UWVC) announced that it has chosen WABC-TV, the #1 station in New York and the nation’s most watched television station, for carriage of the 2019 and 2020 New York City Veteran Day parades. 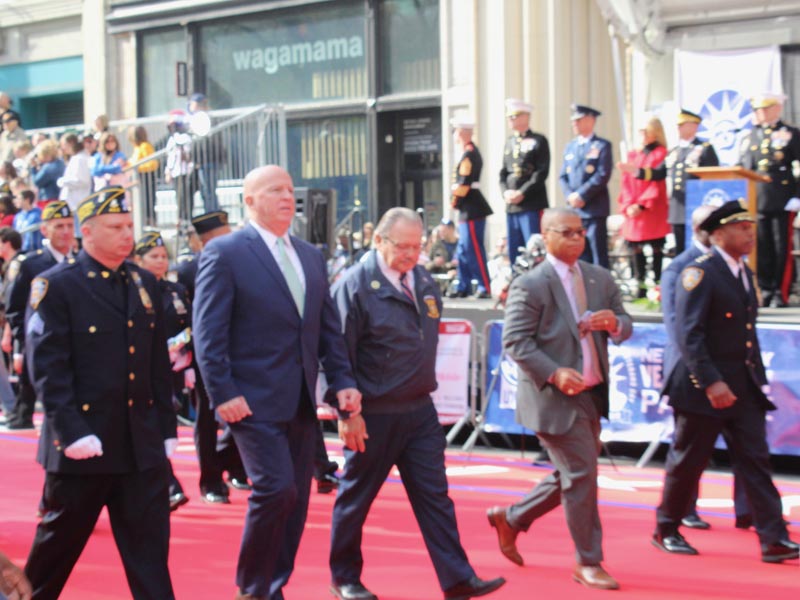 The battle for Iwo Jima, which took place during World War II, is remembered as an iconic moment the history of the United States Marine Corps, which will lead the Parade as this year’s Featured Service Branch.  This year’s event also marks the Centennial of Veterans Day (formerly Armistice Day), celebrating 100 years of honoring America’s veterans and active service members. The proceedings on Monday, November 11th, will be broadcast live on WABC in New York, WABC branded streaming services, on its website abc7ny.com, and the station’s news app from Noon-3 p.m., EST. 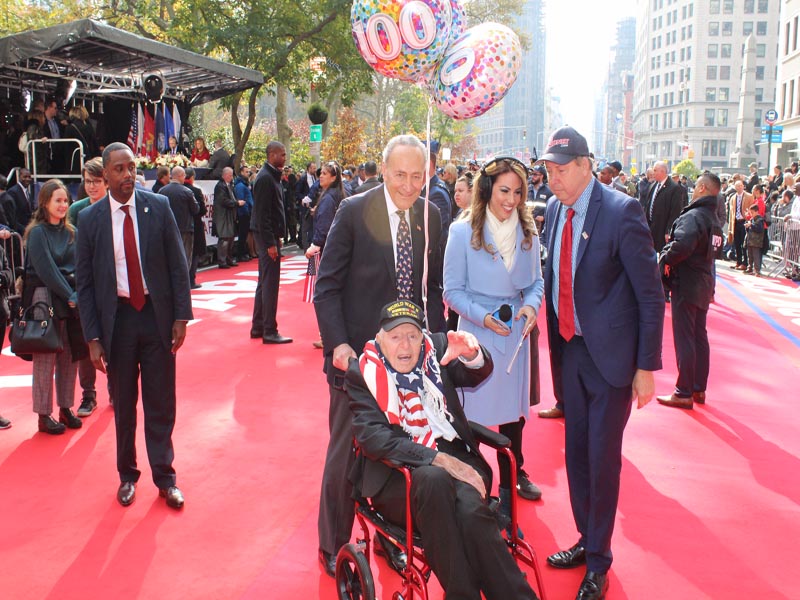 WABC, which is part of Walt Disney Television, has a long history of supporting veterans and the veteran service programs.  The station actively participates in the Disney’s Heroes Work Here program and has sponsored numerous veterans related events, including the Stand up For Heroes benefit and the Bob Woodruff Foundation. 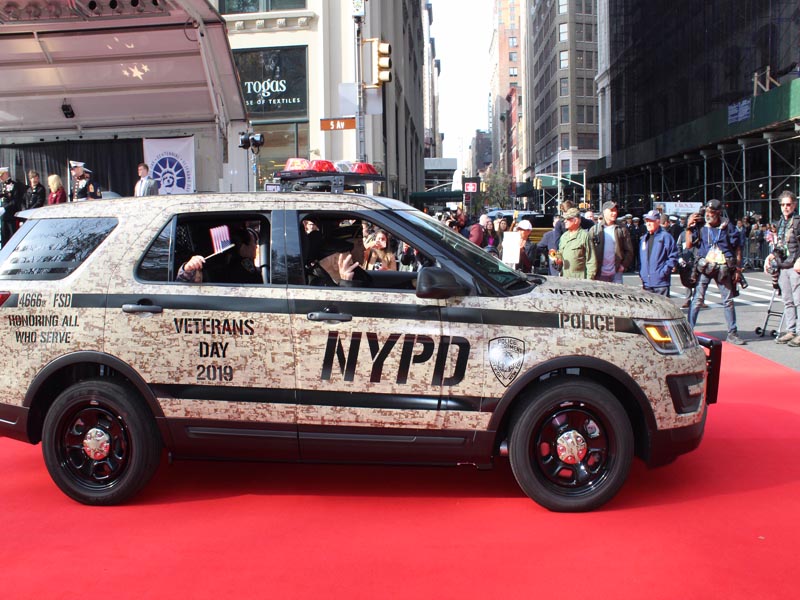 “WABC is proud to stand alongside our veterans as they celebrate 100 years of this magnificent event in our city,” said Debra OConnell, President and General Manager of the station. 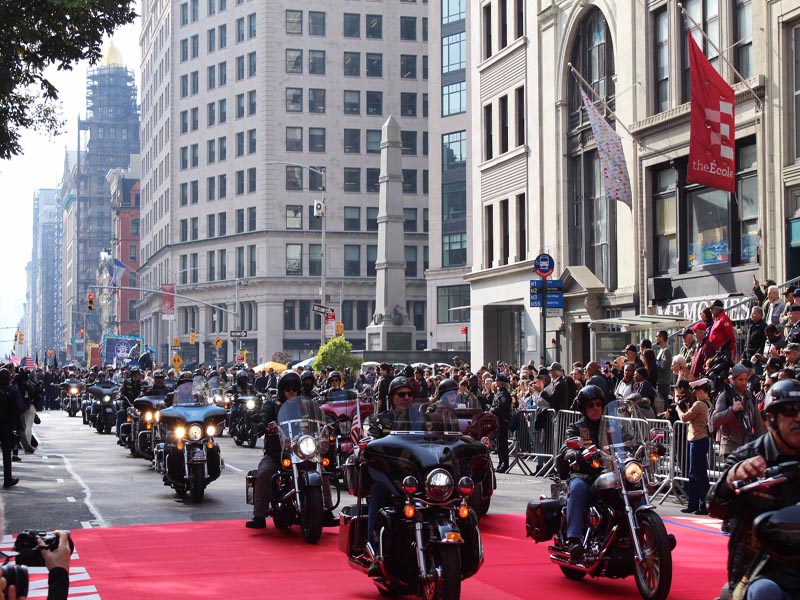 “We are thrilled to add the New York City Veterans Day Parade to our growing list of impactful community events.” In addition to the parade broadcast itself, the station will produce content about veterans and the programs and services of the UWVC year-round. 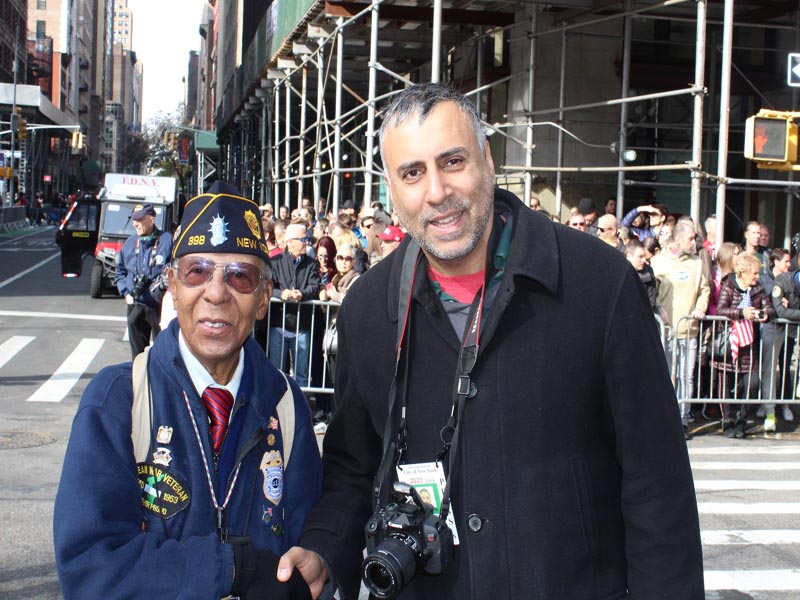 “The unforgettable image of Marines raising our flag on Iwo Jima symbolizes the story of every American veteran”  said Mark Otto, UWVC Executive Director and U.S. Marine Corps Veteran. “WABC is unmatched in its commitment to spotlighting these stories, and we are excited to partner with them to bring the Parade to more people in New York and around the world.” 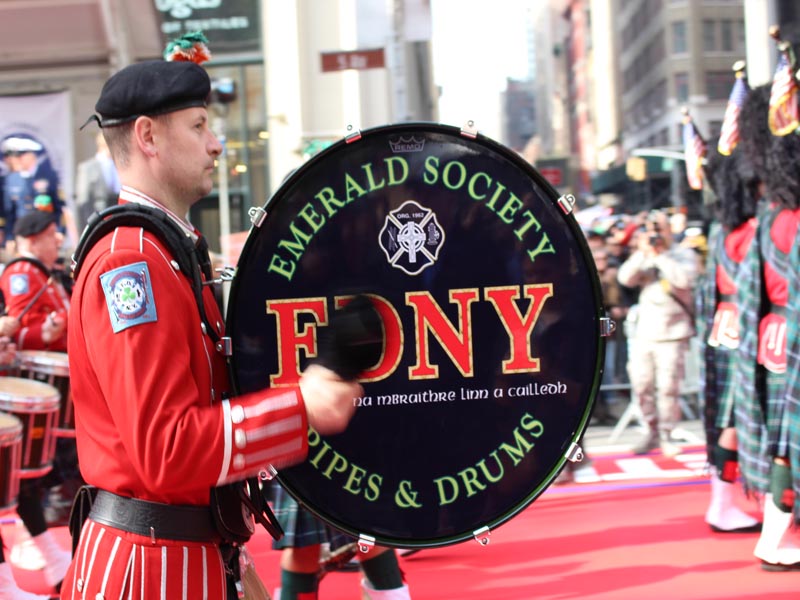 The New York City Veterans Day Parade is our nation’s largest event honoring service. Produced by the United War Veterans Council (UWVC), the Parade provides the public with the opportunity to salute our veterans and military, and raises awareness for organizations working to serve their needs. 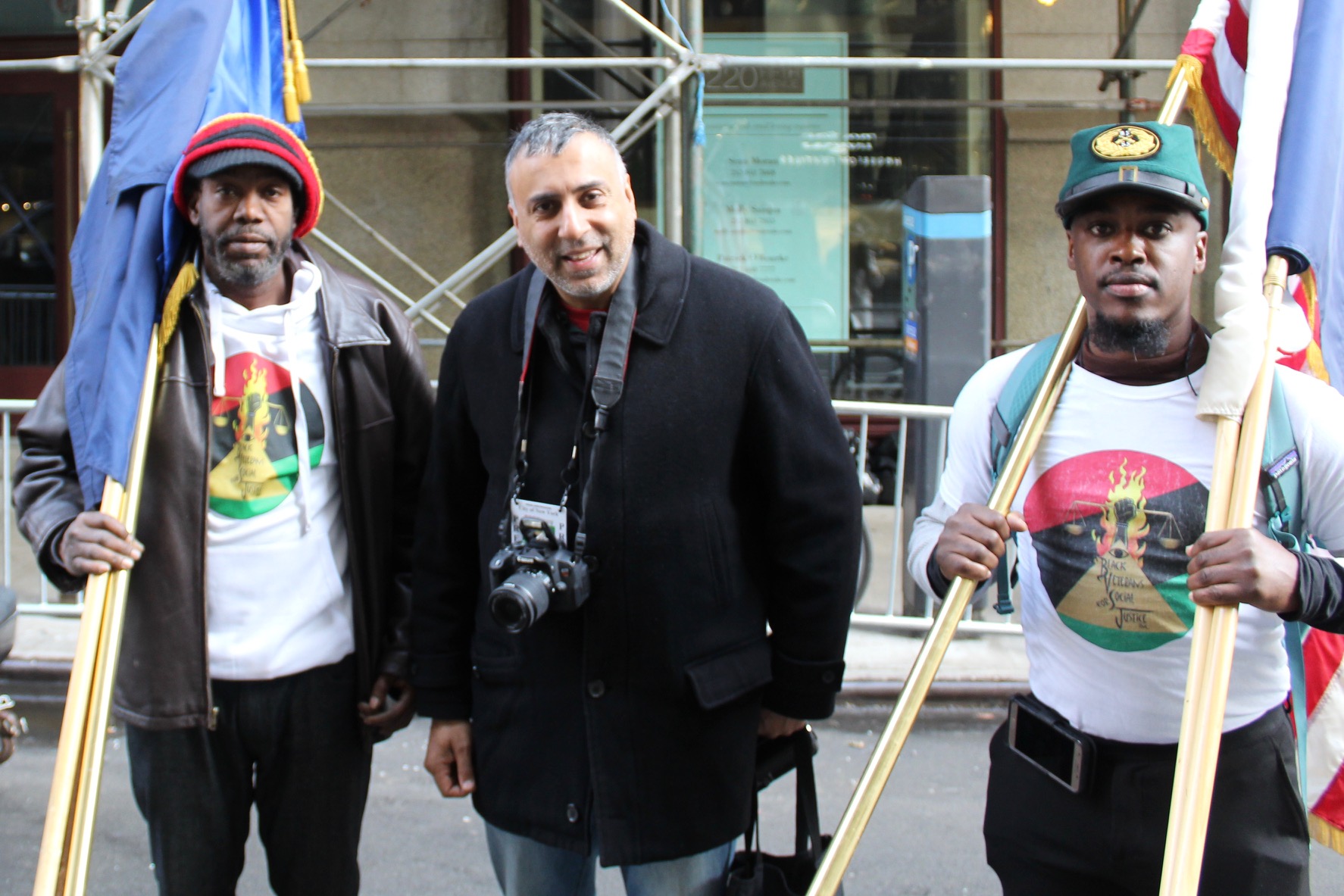 It is the centerpiece of an annual citywide effort to honor our veterans community.  The Parade features veterans groups and service providers, military units, youth and civic groups, top high school bands from across America, vintage vehicles, floats and more.  It is supported by numerous sponsoring partners, including UWVC Recycling, First Data, Cushman & Wakefield and Wounded Warrior Project. 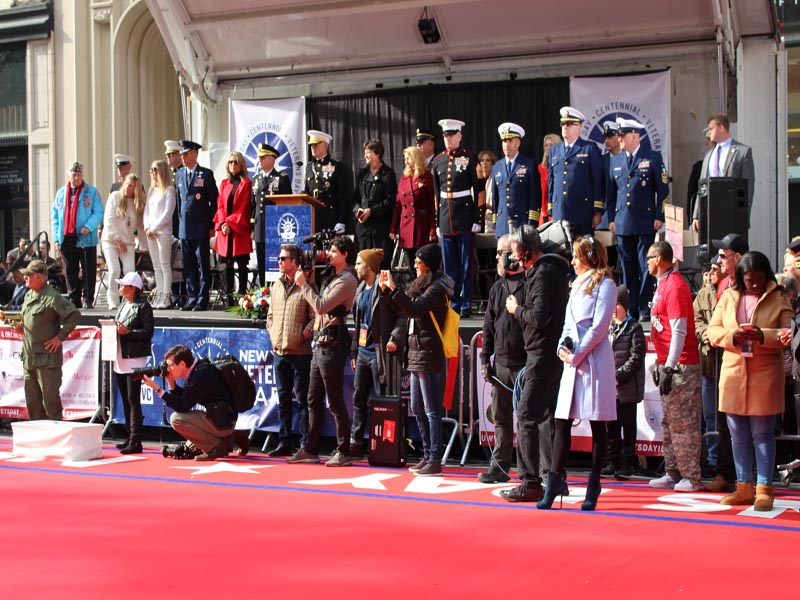 Generals and Veteran VIP’S in attendance 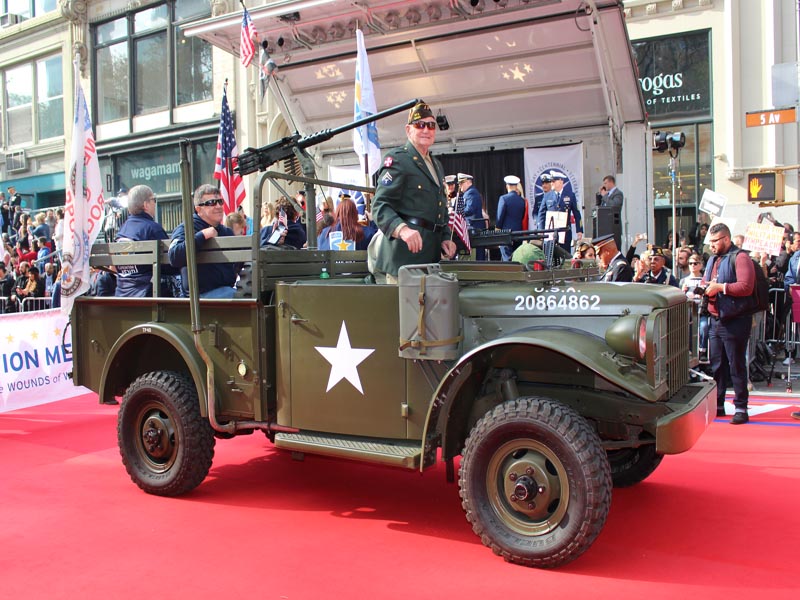 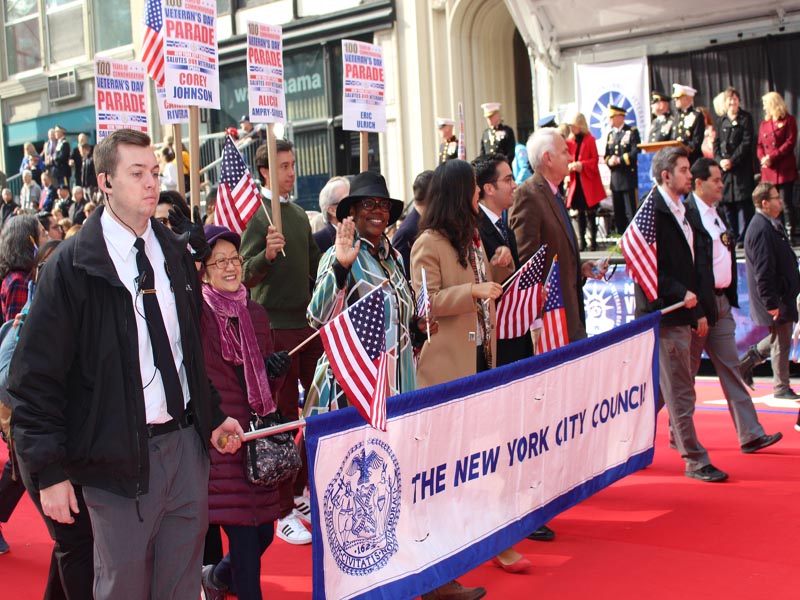 Senator Bob Kerrey, who served as a U.S. Navy SEAL during the Vietnam War, is one of this year’s five Grand Marshals, who each represent an era of service from World War II to the present day. 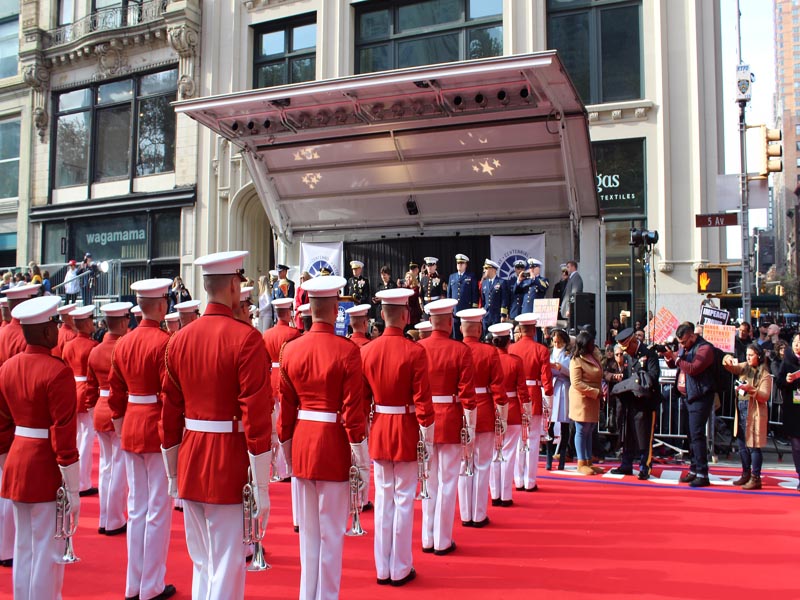 Mr. Zach Iscol, a Marine Corps veteran who served in Iraq as an infantry officer represents the Post-9/11 era of this year’s five Grand Marshals, who each represent an era of service from World War II to present day. 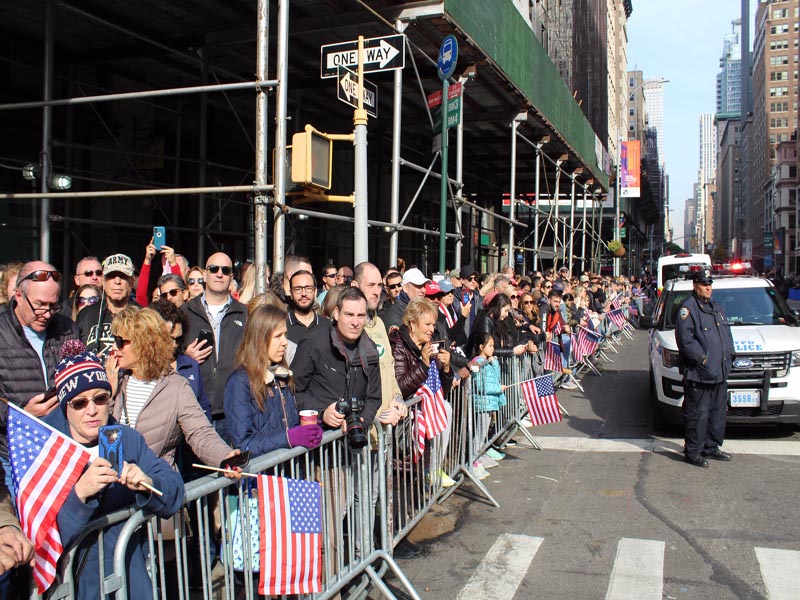 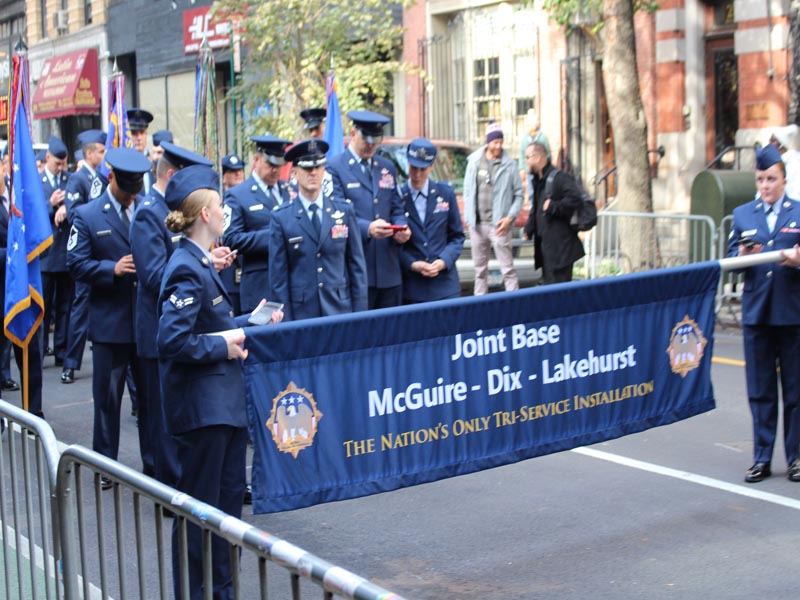