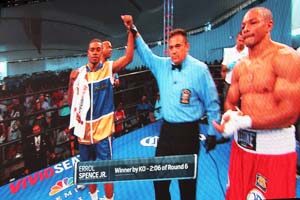 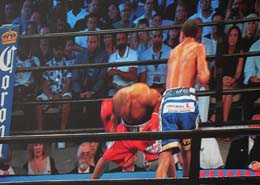 Bundu going down in RD 6

“I knew this would be the most important fight of my career and the goal was to not just win, but to put on a spectacular one-sided performance,” said Spence Jr. “It felt good to go out there and give everyone watching a great show and to do it in front of such a large television audience makes it even better. Thanks to everyone who tuned in and I promise you’ll be seeing more of me soon. My time is now and this is just the beginning.”
The Dallas boxer’s sixth-round knockout victory over Bundu ensures that he will fight for the world title currently held by British welterweight Kell Brook. 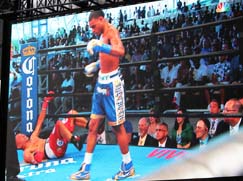 Spence stands over Bundu after KO 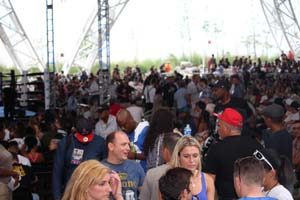 Close to 5k people in attendance

With his power, pinpoint accuracy and desire to close the show, Spence Jr. is squarely in the mix as a top welterweight in the most talent-laden division in boxing. As a young, hungry contender circling champions like Keith Thurman, Danny Garcia and Brook, Spence’s presence adds to the tantalizing possibility of super fights in the welterweight division harkening to the days of Sugar Ray Leonard, Thomas Hearns and Roberto Duran. 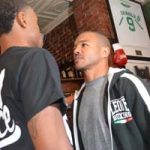 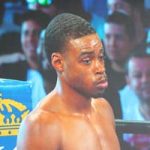 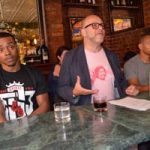 Premier Boxing Champions is a live boxing series created for TV and cable by Haymon Boxing. The series features the greatest array of international boxing talent in all weight divisions, with fighters representing over 10 countries including the United States and Mexico. From former Olympians to Champions of all nationalities, the series can be seen on over ten networks in the U.S., Canada, Mexico and the U.K., and heard on Sirius/XM satellite radio as well. 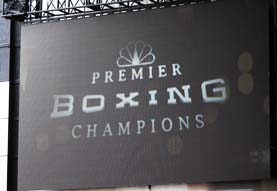 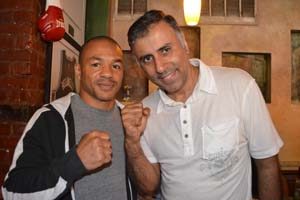 World Liberty TV, Boxing Team had the pleasure of interviewing ,Rising Superstar in the Boxing World, Errol Spence Jr, as well as watching his fight live at The Ford Amphitheater at Coney Island ,Brooklyn NY, See what Errol Told our Boxing Audience, and folks this man is definitely on a mission to become the pound for pound king in the boxing world, see this and much more in our World Liberty TV Boxing Channel.