NEW YORK, NY — Mexican Independence Day is this Sunday, when crowds of proud Latinos will flood the streets of Midtown Manhattan for the annual parade. Marchers traveled down Madison Avenue from 38th Street to 27th Street, between noon and 4 p.m., to celebrate this historic day that occurred more than 200 years ago in one of our nation’s closest neighboring countries. 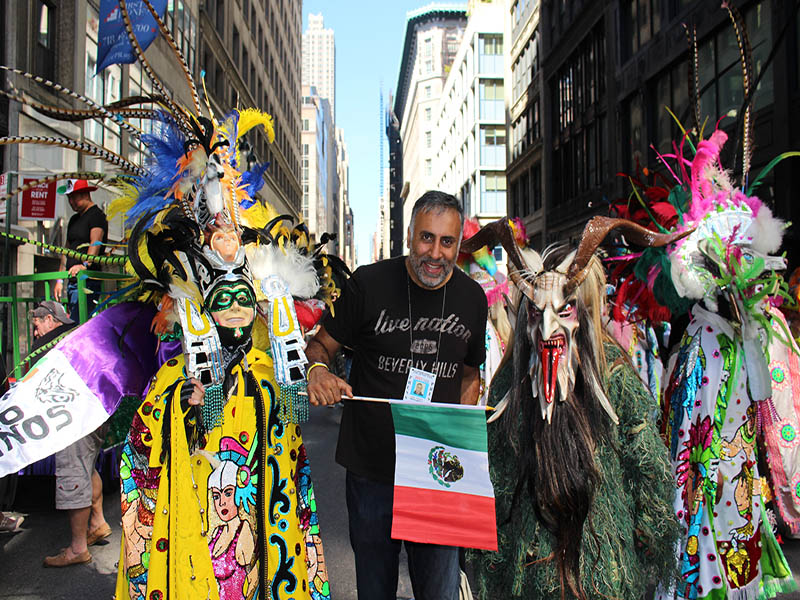 Dr Abbey with Many well dressed up folks 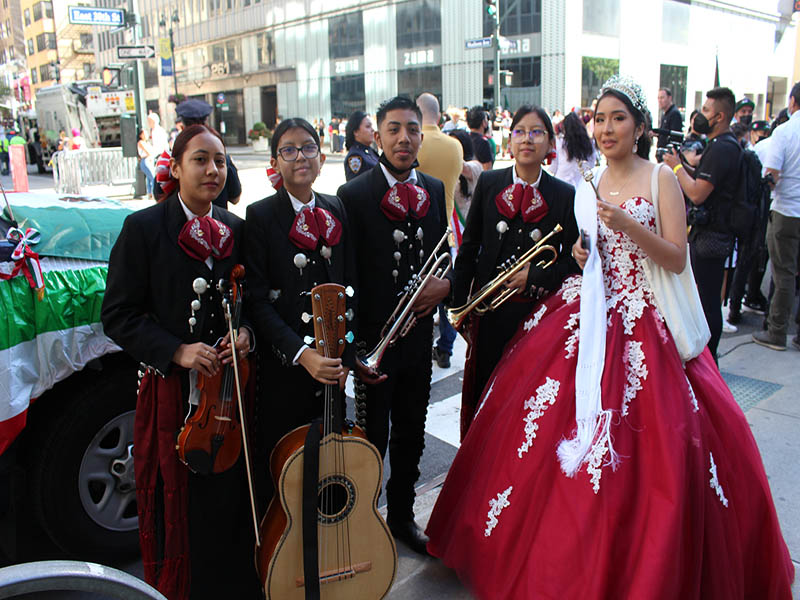 This year’s parade is dedicated to the front-line, essential workers who kept The City going at great personal cost, during the pandemic. Thank you for your service! 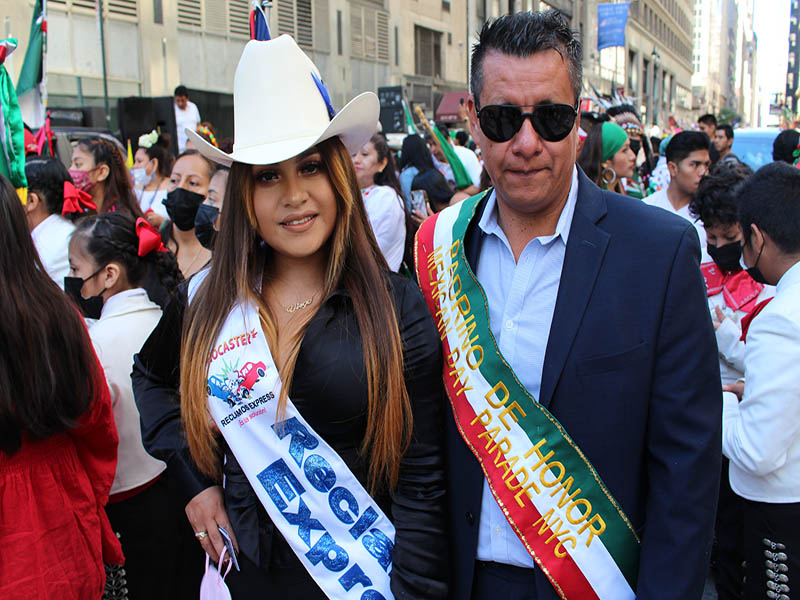 Visitors from Mexico include representatives from Morelos state, whose capital is Cuernavaca. The state has a very even climate. Because of this, it’s been a wintering place for the Mexican elite since Aztec times. 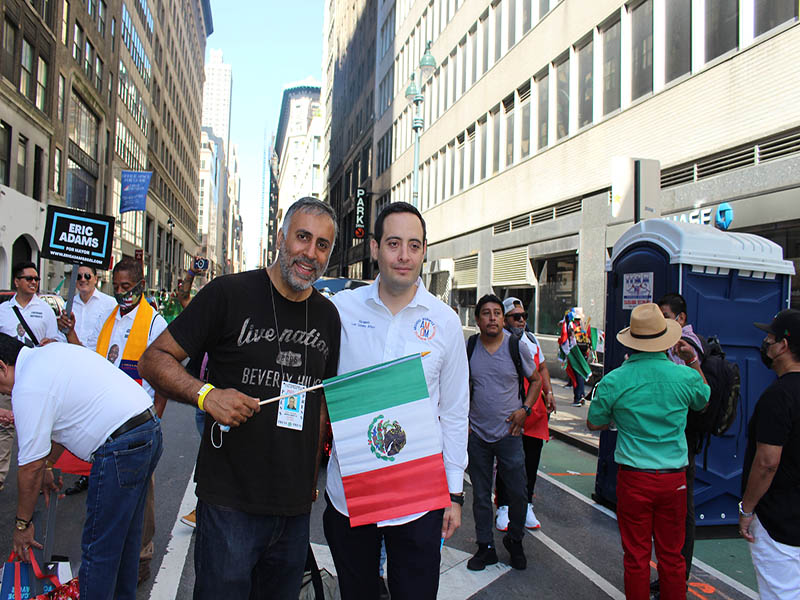 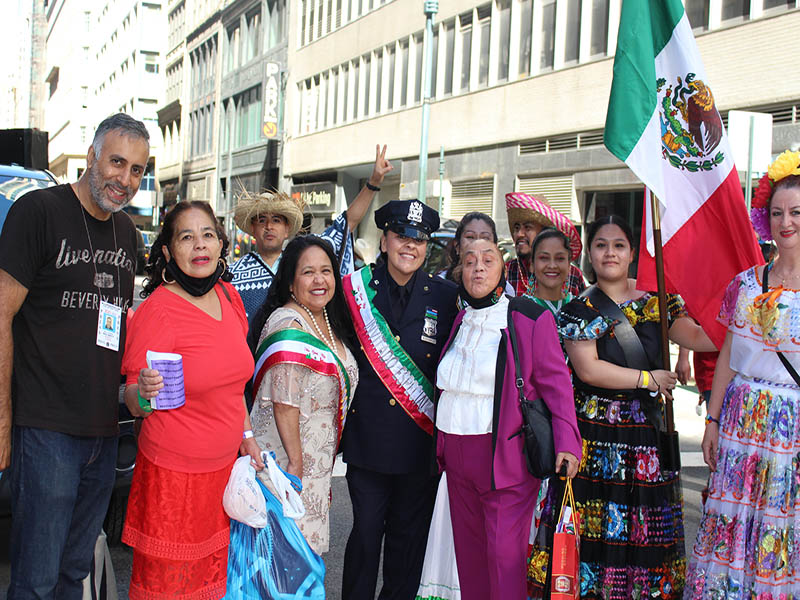 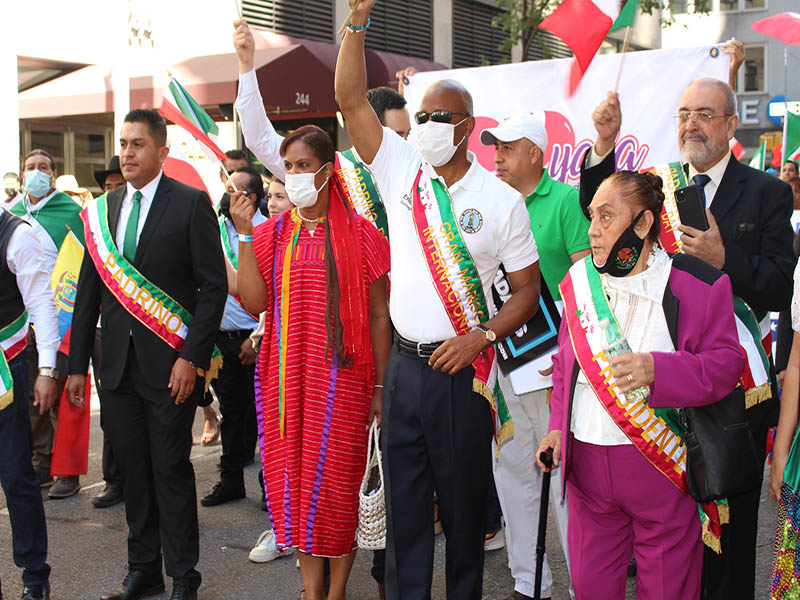 The Mexican Day Parade (or Mexican Independence Parade) celebrates Mexico’s independence from Spain. The parade began in the 1990s. 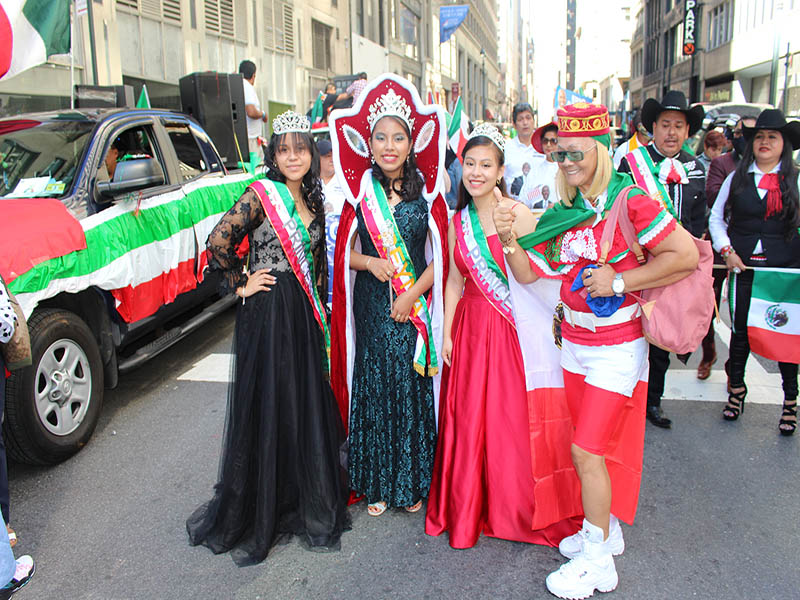 New York City has seen a large increase in immigrants from Mexico. The parade has grown significantly, and Mayor Michael Bloomberg marched in the 12th annual Mexican Day Parade on September 18, 2005.

The Mexican Independence Parade in New York City is a great celebration that brings together many colorful floats, musical and artistic groups, dancers representing different regions of Mexico, and community leaders. 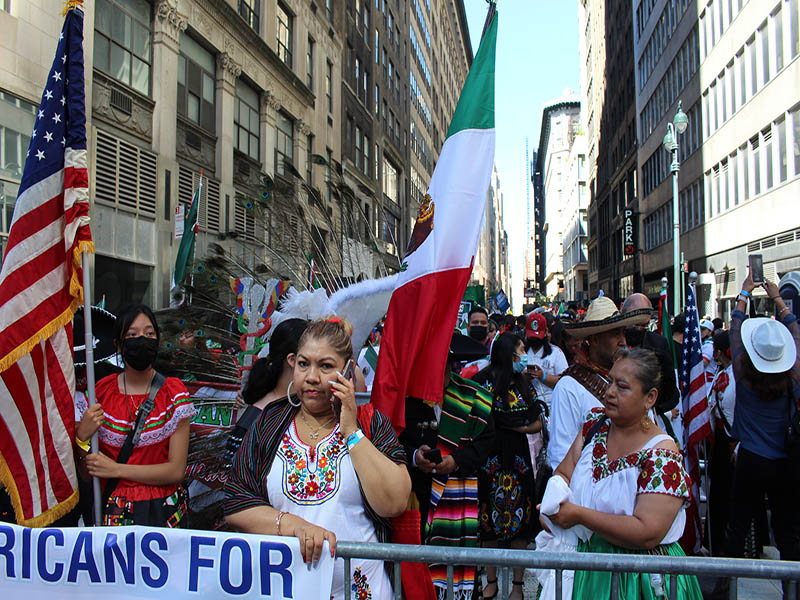 Many marching in the Mexican Day Parade

As sponsor you will have the opportunity to promoted your business to thousands of people and through a variety of media outlets. This magnificent event is promoted throughout the Tri- state area which includes Spanish and English radio, TV and newspapers. The parade counts on an attendance of 10,000 people. 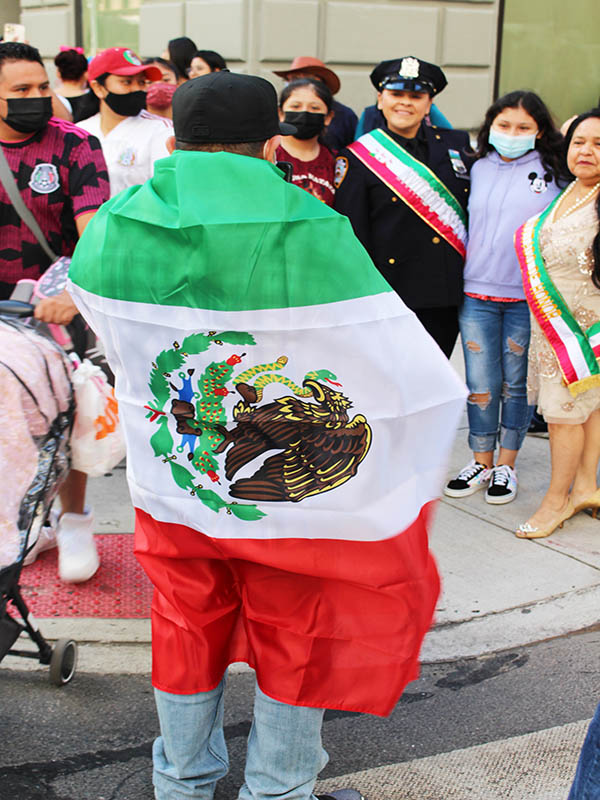 The Flag says it all

Thousands of people were in attendance, Eric Adams, Mayoral candidate for the Democratic party was in attendance with so many people holding up his pictures and banners and offering their support for him. He went on to say, I love all communities and that the Mexican community in New York is a great and hardworking community and he has total respect for them. 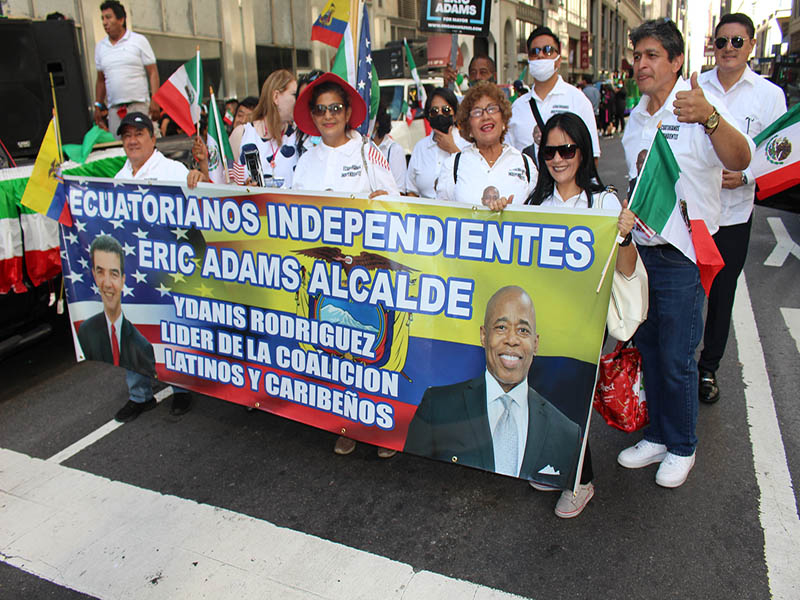 There were many bands like Academia De Mariachi Nuevo Amanecer (A.M.N.A) , Mariachi Habaniros, 89.3 FM Radio Station and Luis Gomez Alfaro world renowned Immigration attorney was in attendance and many more people from all professions in attendance to celebrate 27th Annual Mexican Parade.