The 37th annual Dominican Day Parade kicked off in Manhattan on Sunday afternoon. The route takes the parade along Sixth Avenue from 36th Street to 52nd Street. The event features dancers, colorful floats and plenty of merengue music. The parade stepped off at noon. 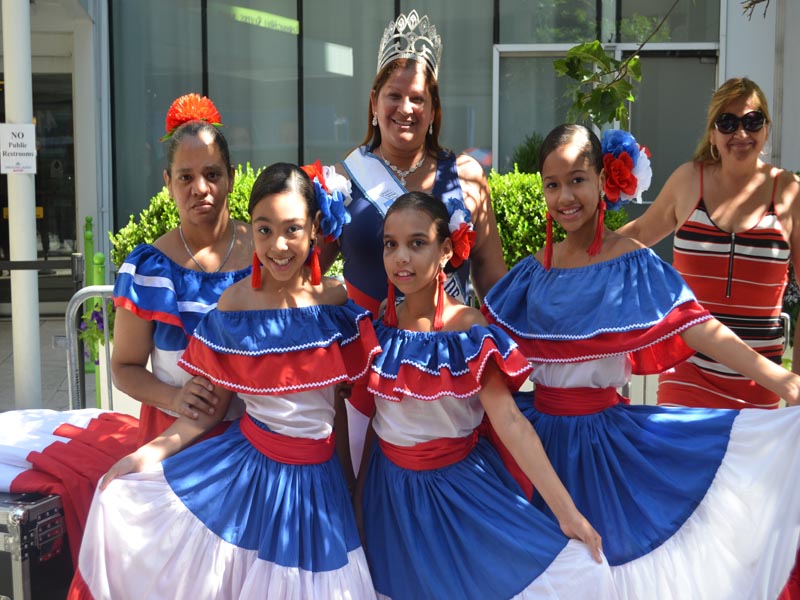 Thousands of people come together to honor their Dominican heritage by celebrating in the Annual Dominican Day Parade. The parade takes place in New York City on August 10, with the march starting on 36 Street and 6th Ave and ending on 52nd Street. 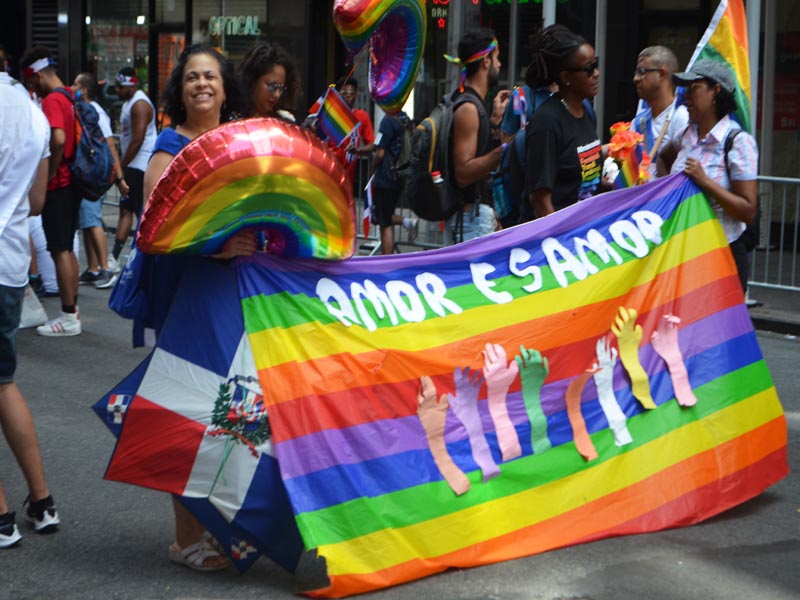 In past year’s turnout to the parade has been as high as half a million people, with 10,000 participants in the parade itself. The event commemorates the war for Dominican independence against Spain, which began in 1863.

The festivities include floats, traditional music, dance, food and the display of red, white and blue colors of the Dominican flag. Colorful and ornate costumes are one of the unique qualities of the parade; other Dominican elements of the parade include the diablos cojuelo (lame devils) who traditionally perform in Dominican Republic’s Carnival celebration. 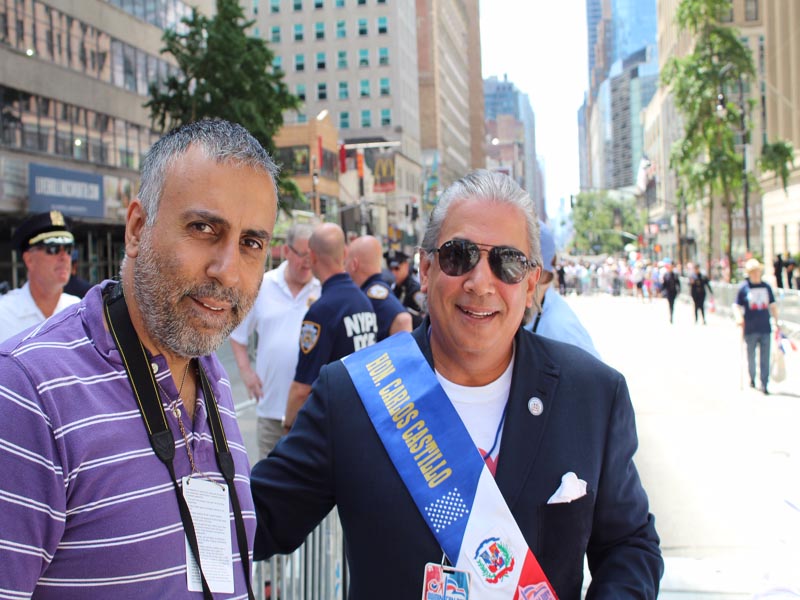 The diablos cojuelo wear long horned masks, colorful ruffled costumes, and wield thick bullwhips fashioned out of ropes.  The diablos cojueros are a direct reference to the traditions of the Dominican carnival. 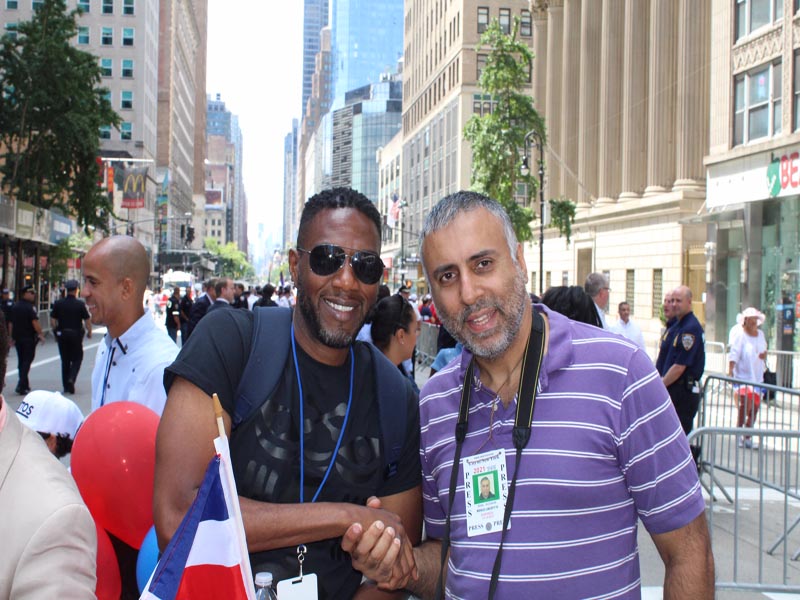 It is said that one of the reasons the lame devils came to be was because of the difficulties of moving around in the crowded streets during the festivities. 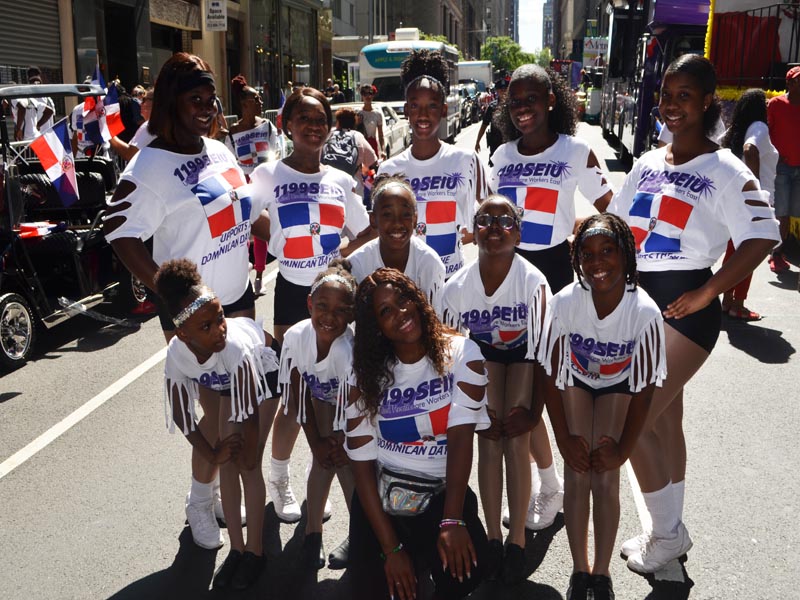 For instance the whip and the inflated pig bladder carried by the lame devils were used to ward of the crowds.  The themes and the costumes in the parade come from various influences, many of which can be traced back to old religious traditions of the Dominican Republic. 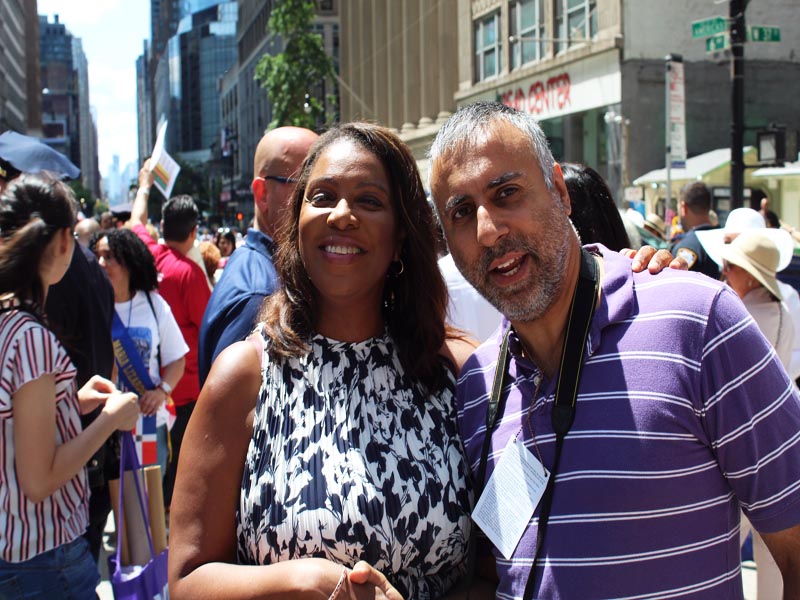 New York State is home to the largest population of ethnic Dominicans in the country, with a population that passes 670,000. 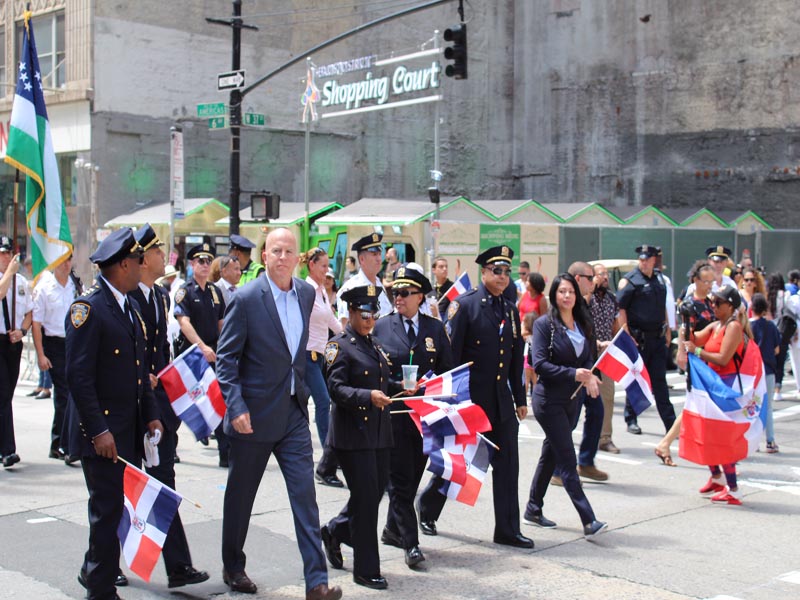 The Dominican Parade in New York City celebrates myriad of traditions born in the Dominican Republic, and gives younger generations the opportunity to witness their heritage celebrated in the streets of New York. 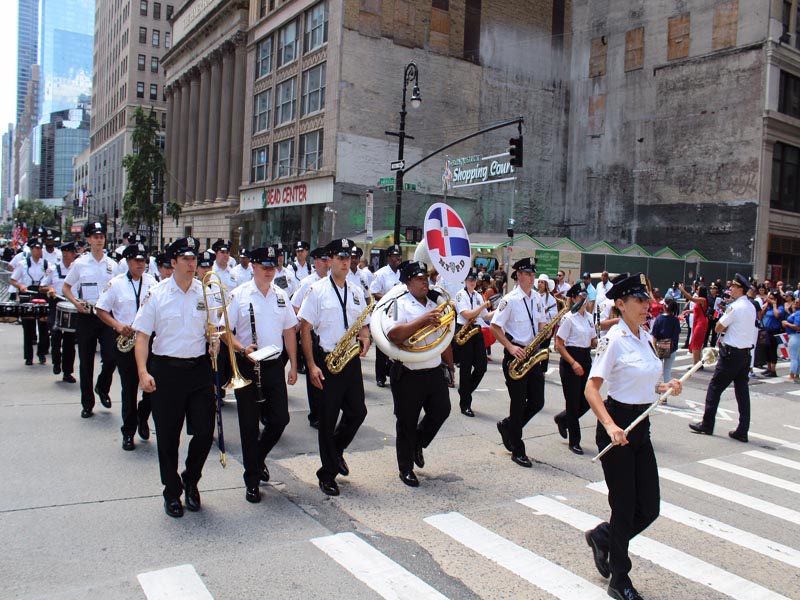 One Dominican devotee turned his scooter into a one-man parade float for the ride up Sixth Avenue, complete with colorful skulls, stuffed monkeys and bears, and red, white and blue flags representing the Caribbean nation and the United States.

Thousands of other revelers turned the stretch from 35th Street to 56th Street into a merengue dance fest. 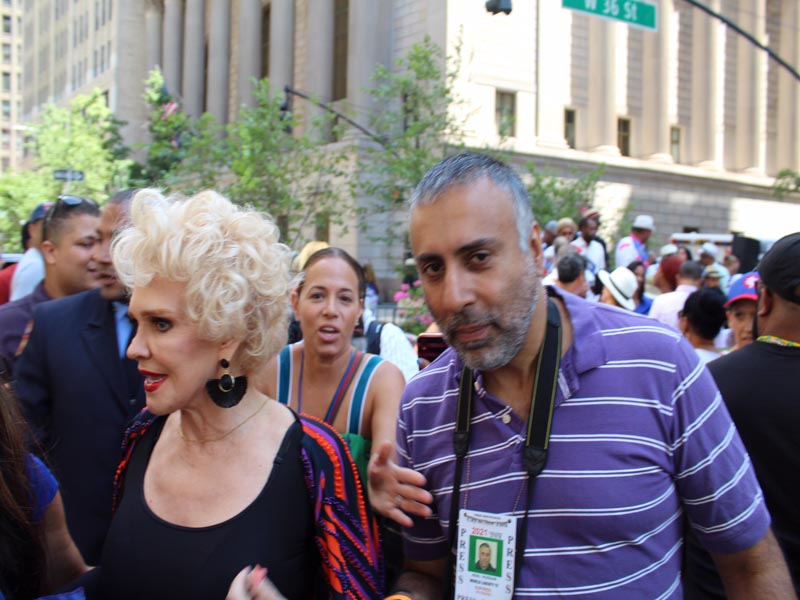 The Dominican Day Parade is a joyful celebration of all things Dominican. Each year, we come together in New York City to honor our heritage and culture and to recognize the many accomplishments Dominicans have made in United States, and around the world. With music, dancing, and over 10,000 marchers, there is plenty of fun to go around; this is an event you do not want to miss! 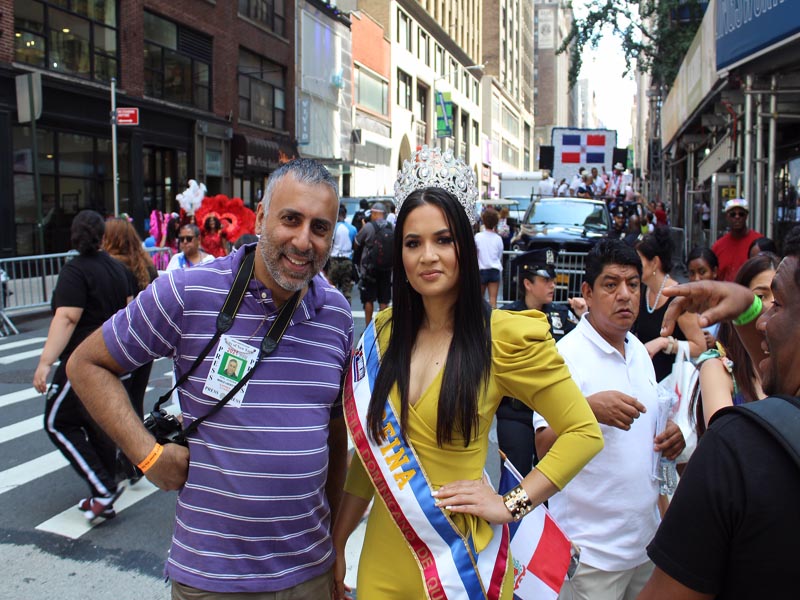 Held on the second Sunday in August, the parade coincides with the anniversary of the start of the Dominican Restoration War, or La Guerra de la Restauración. Ultimately, the Dominican Republic emerged victorious and won the war in 1865, granting them freedom from Spain. 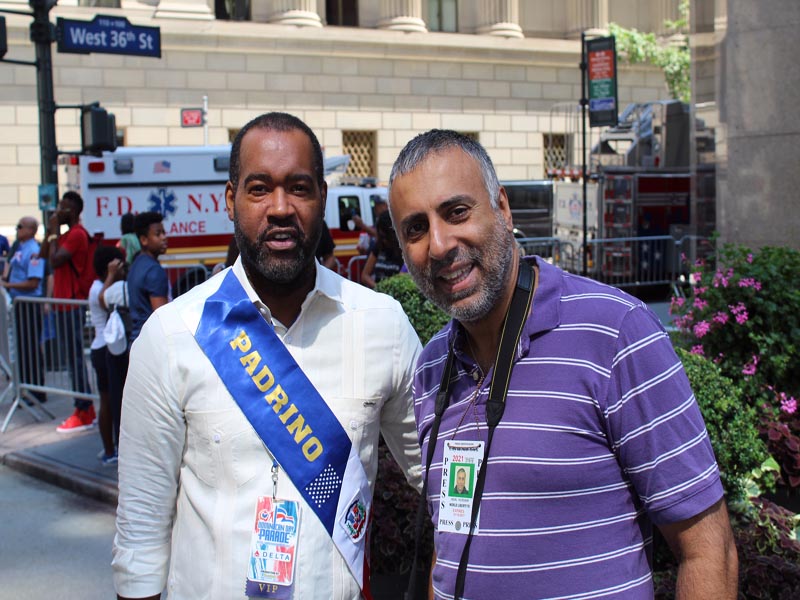 The parade is a tradition beloved by the Dominican community, but it is only the tip of the iceberg for our organization! For us, the Dominican Day Parade is much more than a parade. 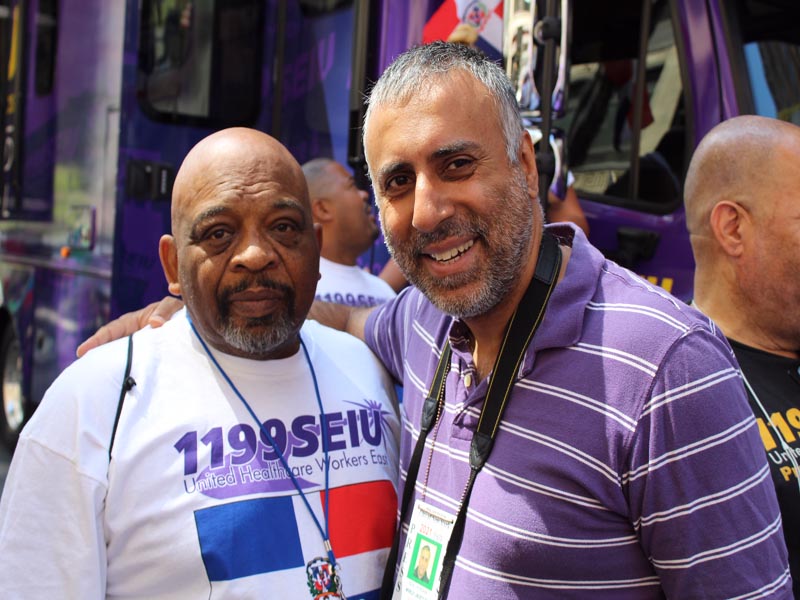 Throughout the year, we hold various events including food drives, the annual gala, and parade kick-off events in all five boroughs. 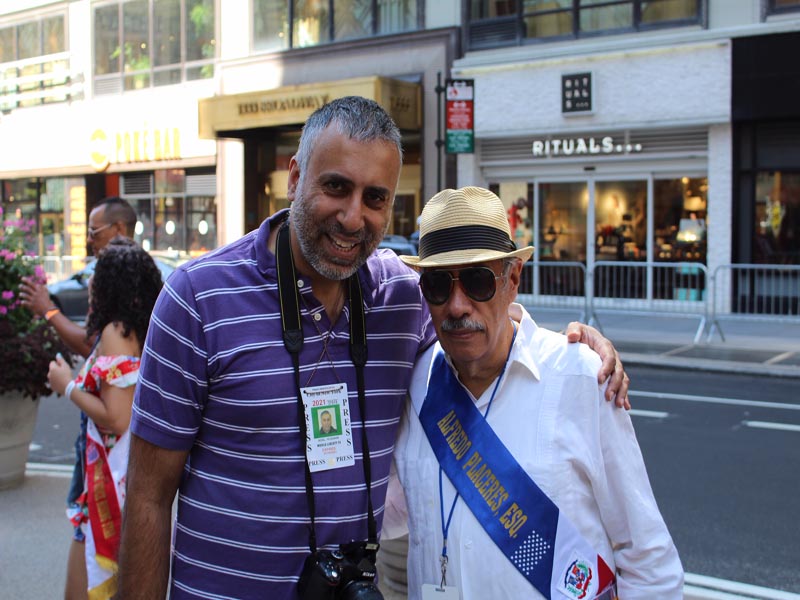 Through the funds raised from our annual gala, we granted $200,000 in scholarships in 2019 to support awardees through college and post graduate institutions. 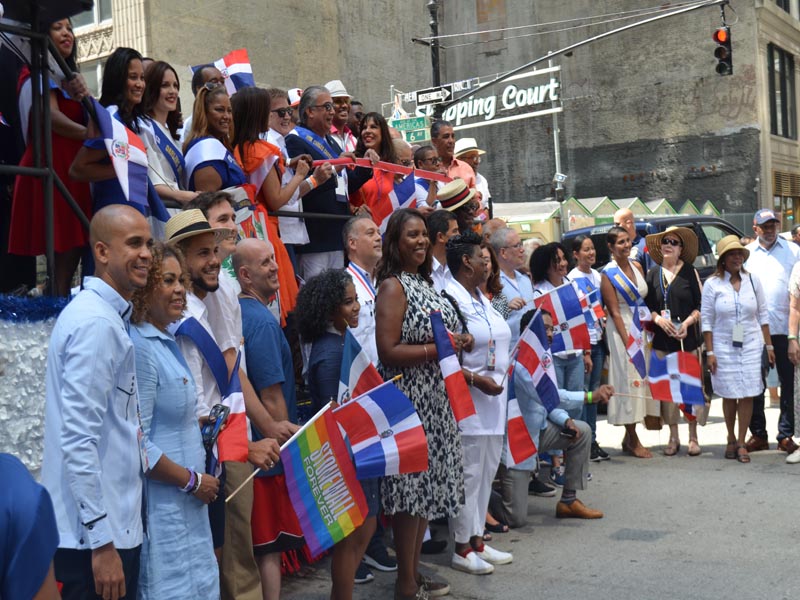 Many Politicians marching in parade

Helping these promising young people continue to excel in their future ventures allows us to achieve our primary goal: to support and celebrate the Dominican community!

See more about the Dominican Parade 2019, in our World Liberty TV , Latino Channels and blogs by clicking here.