The 38th India Day Parade, sponsored by the Federation of Indian Associations (FIA-NY/NJ/CT), will be held on Sunday, August 19, in New York City, starting at the corner of 38th Street and Madison Avenue, to commemorate the 72nd Independence Day of India. 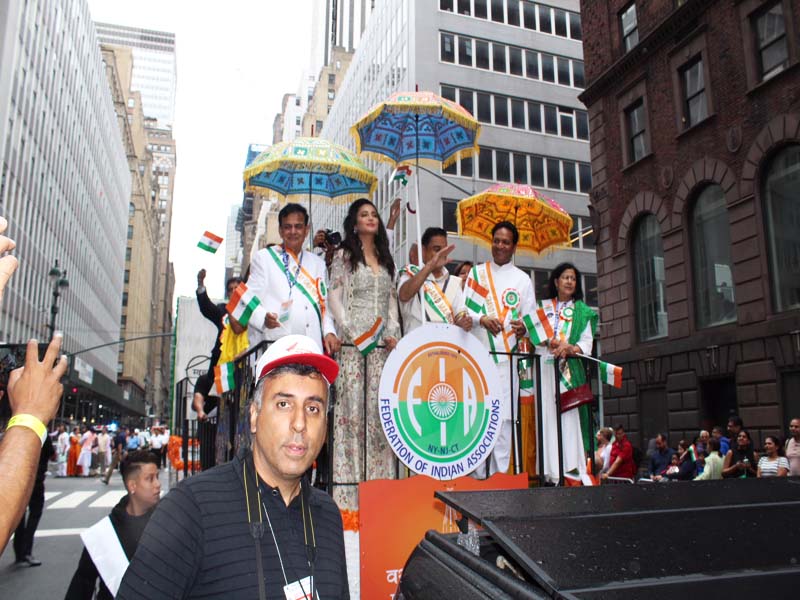 Grand Marshal was Kamal Hasan  Actor and Politician from India . the theme of this year’s parade is “Vasudhaiva Kutumbakam” which literally translates to “the world is one family.” 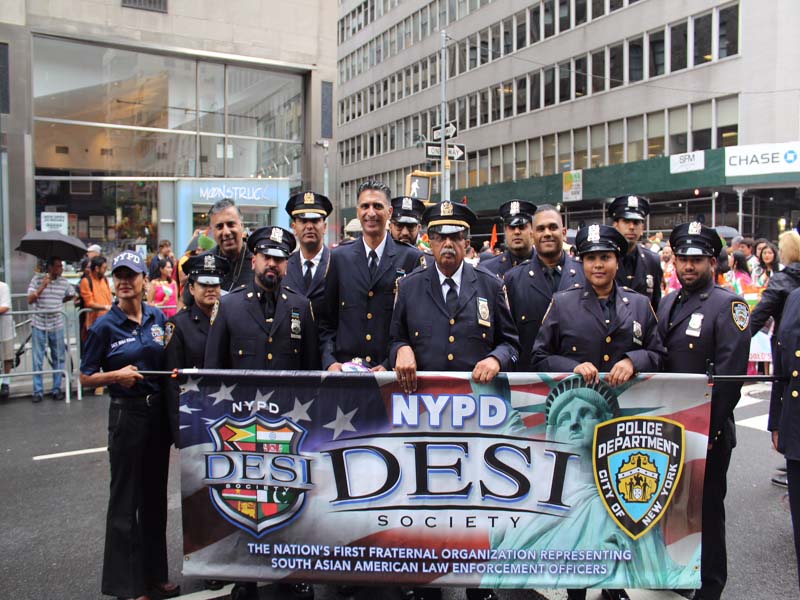 With keeping our theme in mind, we thank UNISEF USA, who will be joining us in this year’s parade to support the Indian American diaspora, community and the world’s children. 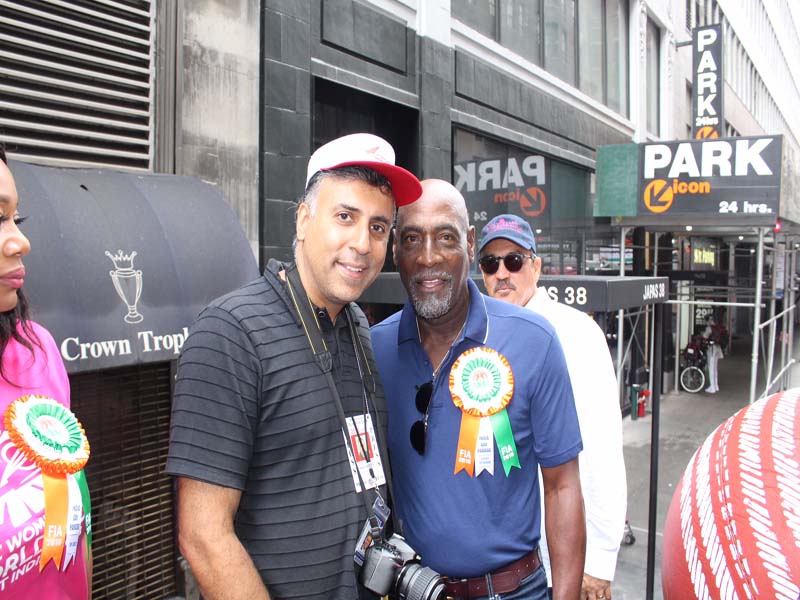 The FIA team is working very hard to make this the best year ever,” Srujal Parikh, president of FIA-NY/NJ/CT, said at the curtain raiser, which was held at the Consulate General of India in New York on June 28. 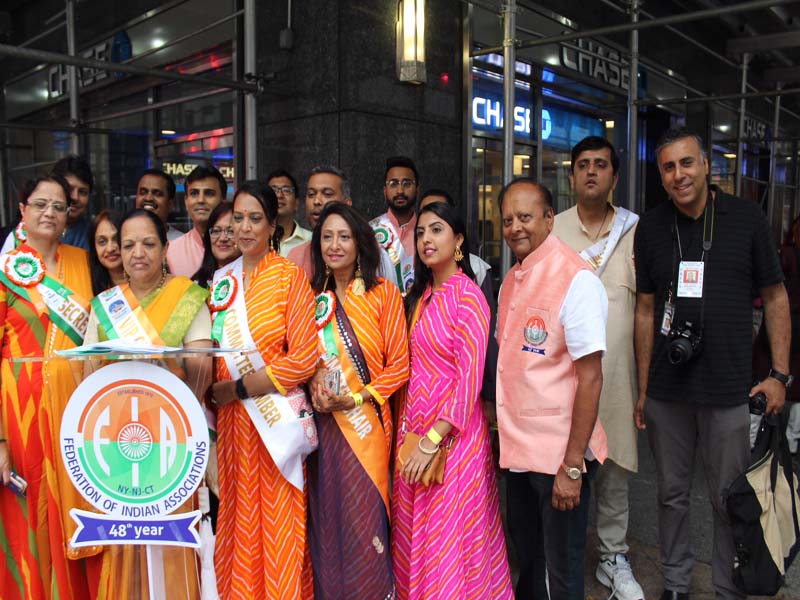 Dr.Abbey with FIA Members and organizers of Parade

India Day Parade is 38-years-old. Imagine our relationship with the United States 38 years ago or even the size of our community and look at where we are today. 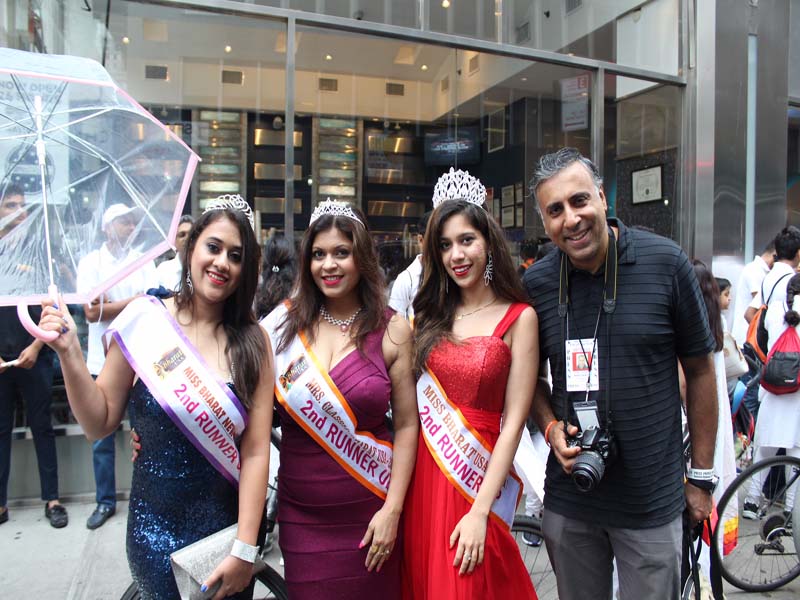 Dr.Abbey with Beauty Queens From NJ

I think that there is a world of difference and I think the India Day Parade should reflect that difference; the strength, vibrancy and diversity of our community as well as the role it has been playing in the U.S.,” said Chakravorty, adding how honored he is to serve at least half of the Indian Diaspora in the U.S. 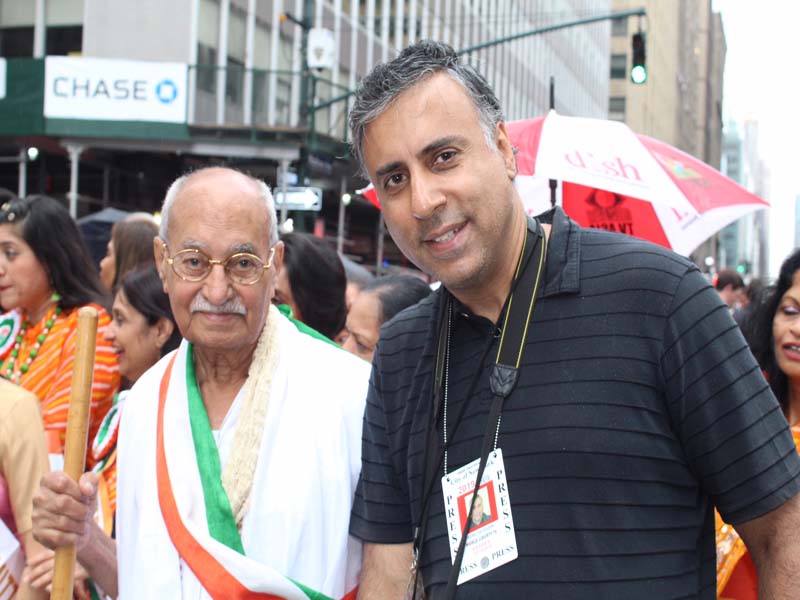 Actor and politician Kamal Haasan will be the grand marshal of the 38th India Day Parade to be held in Manhattan, Aug. 19. 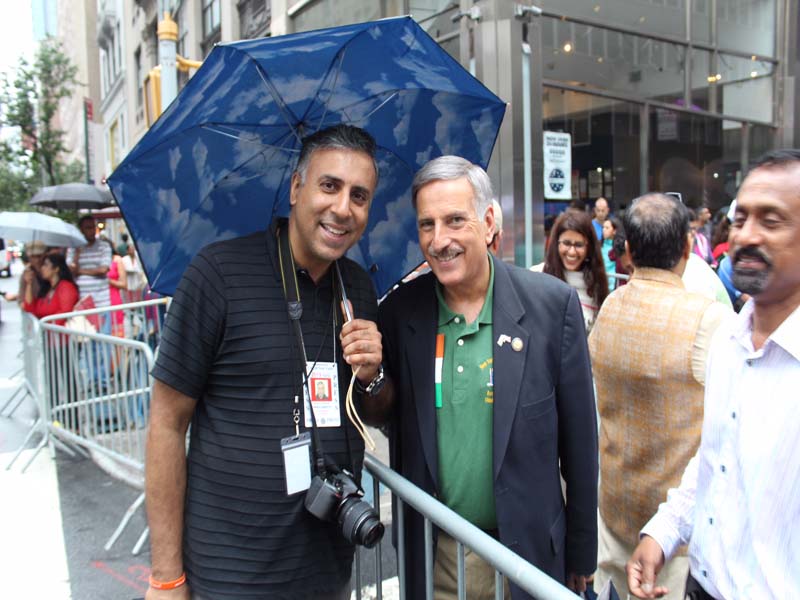 Joining Haasan is his daughter, actress Shruti Haasan and legendary cricketer Vivian Richards. Sufi singer Kailash Kher will be the chief guest at the parade and entertain parade goers with his popular numbers. 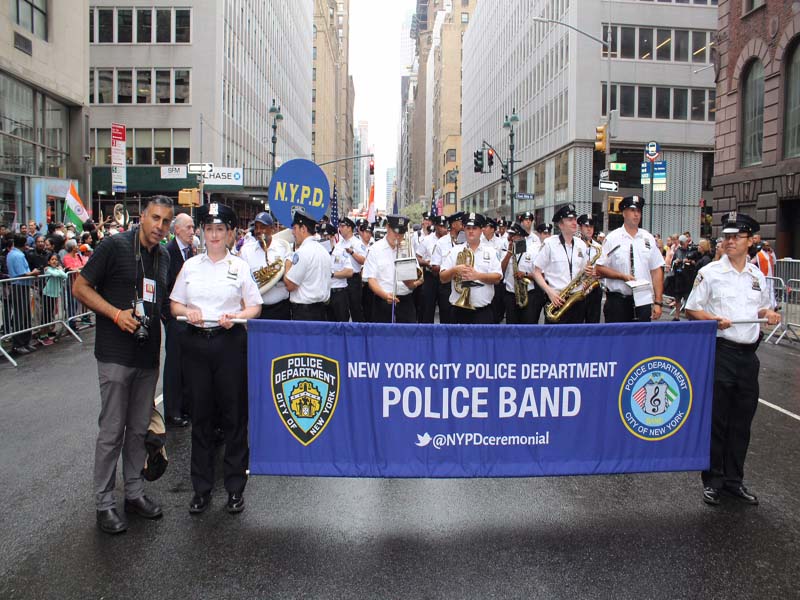 Accompanying Kher will be singer Shibani Kashyap. This year’s parade will take the central message of “Vasudhaiva Kutumbakam – the world is one family” to the Indian diaspora and citizens across America, FIA president Srujal Parikh said. 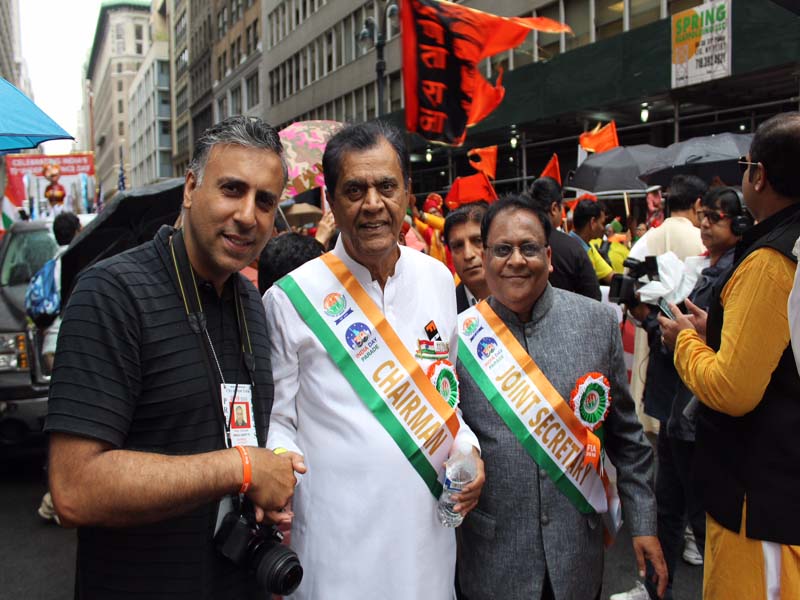 Over 150,000 people are expected to attend this year’s parade, Parikh said. The parade will feature 35 floats and 30 marching contingents as well as dance performances such as Bihu and Lavani showcasing India’s regional diversity, he said. 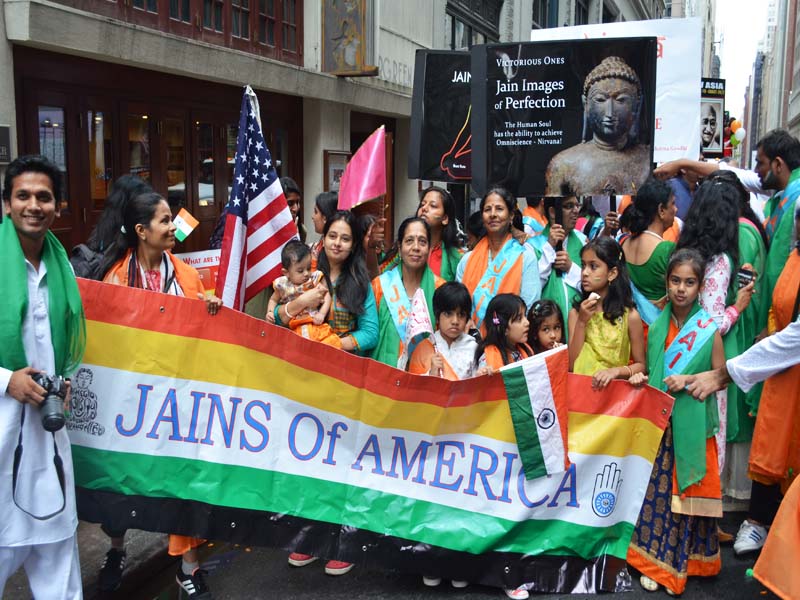 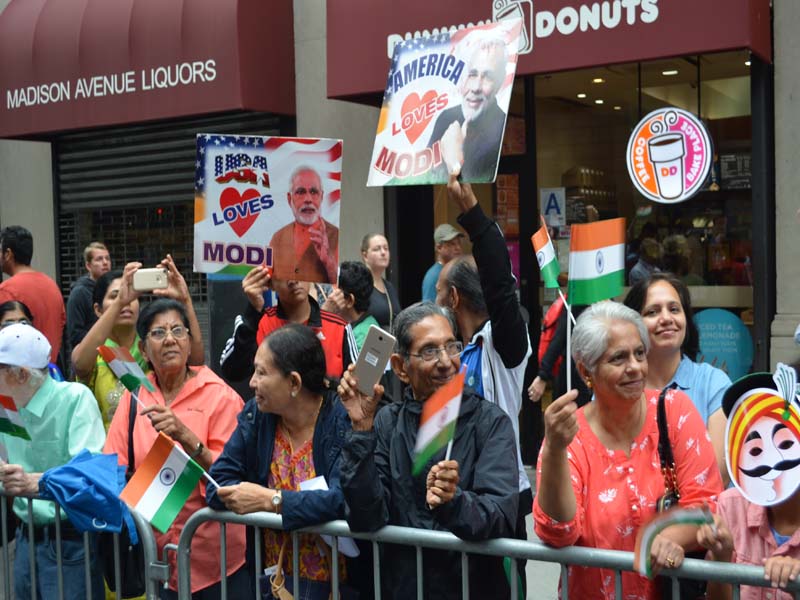 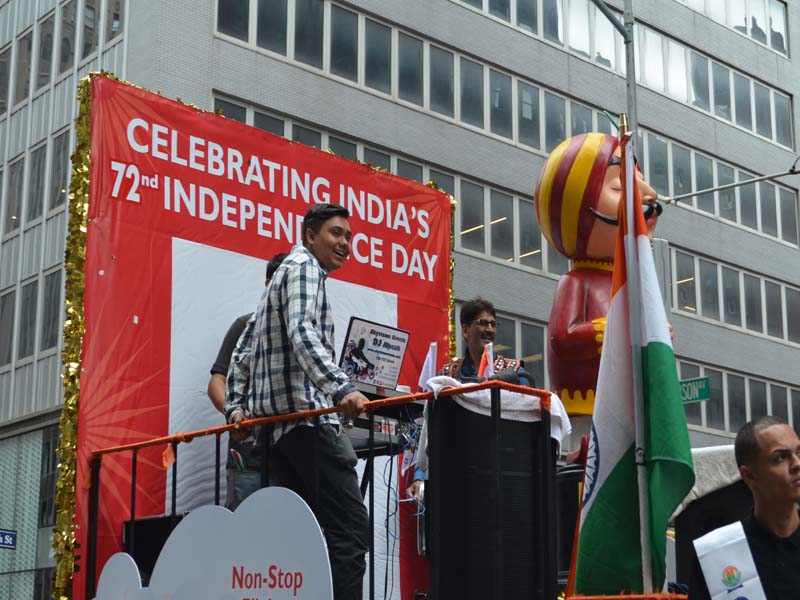 One of many Floats participating in India Day Parade 2018

It represents over 500,000 strong and vibrant Asian-Indians who provide significant grass root  support.  Established in the year 1970, the FIA has blossomed into a commendable organization that has become an effective mouthpiece and mobilizer for the community. 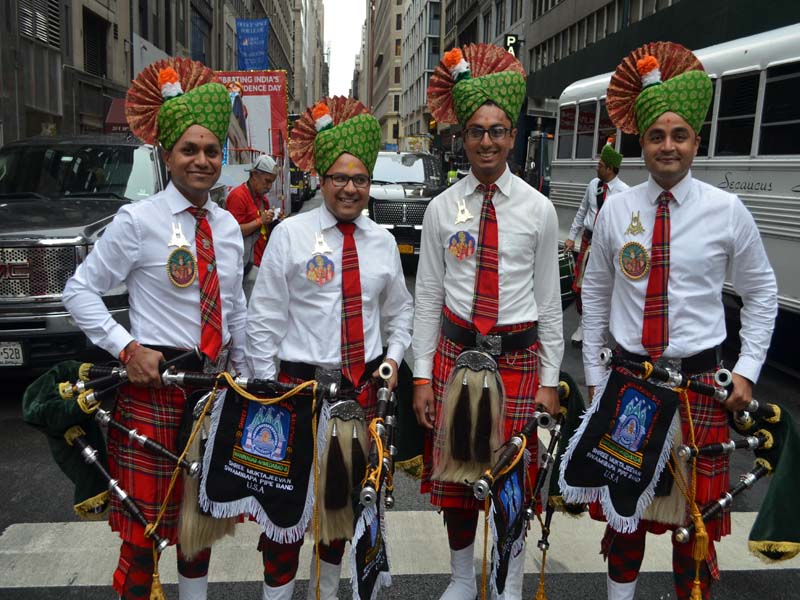 Over the years, it has also tried to project a truthful and real image of India to the mainstream community and also further the interests of Indians residing in the United States.

It is in this spirit that, since 1981, the annual India Day Parade is held in New York City to present our progress and unity to the many diversified ethnic communities in this area.