The balloon inflation will take place on Wednesday, November 23rd, 2022, from noon to 6 p.m. Spectators may enter the queue at West 72nd Street and Columbus Avenue. 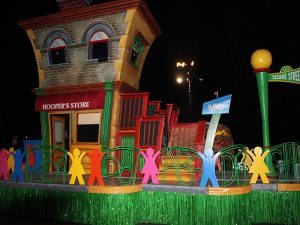 Large backpacks, coolers, alcoholic beverages, chairs and umbrellas are expressly prohibited, and participants will be screened prior to entering the viewing route. 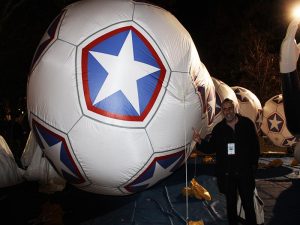 The Thanksgiving Day Parade takes place on Thursday, November 24th, 2022, and will step off from Central Park West and 77th Street at 8:45 a.m. The procession marches to Columbus Circle, turns onto Central Park South and proceeds down 6th Avenue to West 34th Street. It then turns west and ends at 7th Avenue, in front of Macy’s Herald Square. 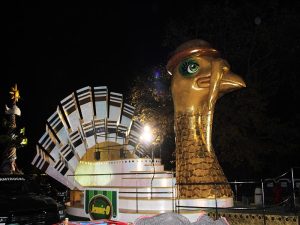 Heavy traffic conditions are expected, and there will be rolling street closures in Manhattan, so mass transit is strongly encouraged. Remember: No large backpacks, lawn chairs, umbrellas, large coolers or alcoholic beverages will be allowed.

For some people, meeting up and watching the balloons for the Thanksgiving Day Parade being inflated is more of an annual event than the parade itself. 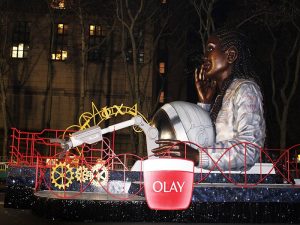 Her Future is Stem-Sational by OLAY

Why not do both?  These days, the event happens mostly in the daylight hours. You can enter the line for viewing at West 72nd Street and Columbus Avenue beginning at noon on Wednesday. 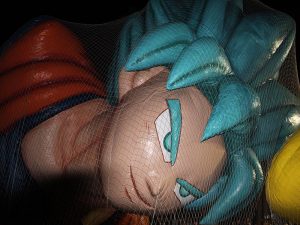 300 Pounds of glitter is sprinkled on costumes, floats and more. 50,000+ hours of labor the Parade Studio team works hard to make sure every detail is perfect. 4,200 Costumes The team also designs and maintains thousands of looks for Parade participants. 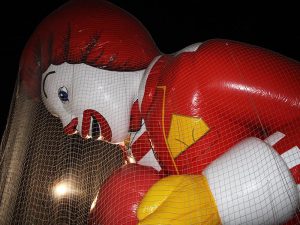 Macy’s Parade Studio—headquarters for all the painters, carpenters, animators and many other experts that build the show’s larger-than-life elements—is where all the magic comes together. 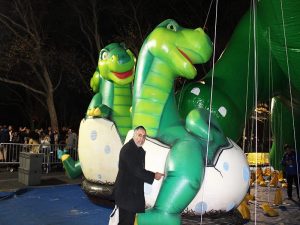 Since the first march in 1924, Macy’s Thanksgiving Day Parade® has delighted audiences and become synonymous with the start of the holiday season. Each production is a testament to the unique artistry and quality craftsmanship of every Parade element that heads down the streets of NYC, making it one of the country’s most beloved traditions. 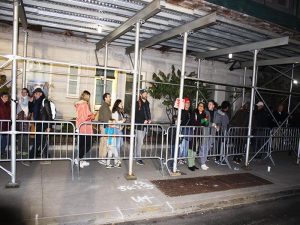 The traditional Macy’s Thanksgiving Day Balloon Inflation takes place on Thanksgiving eve in the streets around the American Museum of Natural History. 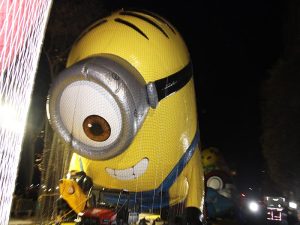 Stuart the Minion new for 2022 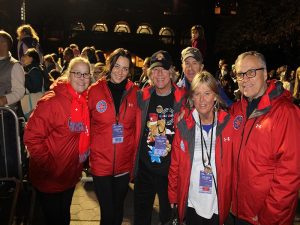