Apne Aap was founded by twenty-two women from Mumbai’s red light district, with a vision of a world where no woman could be bought or sold. 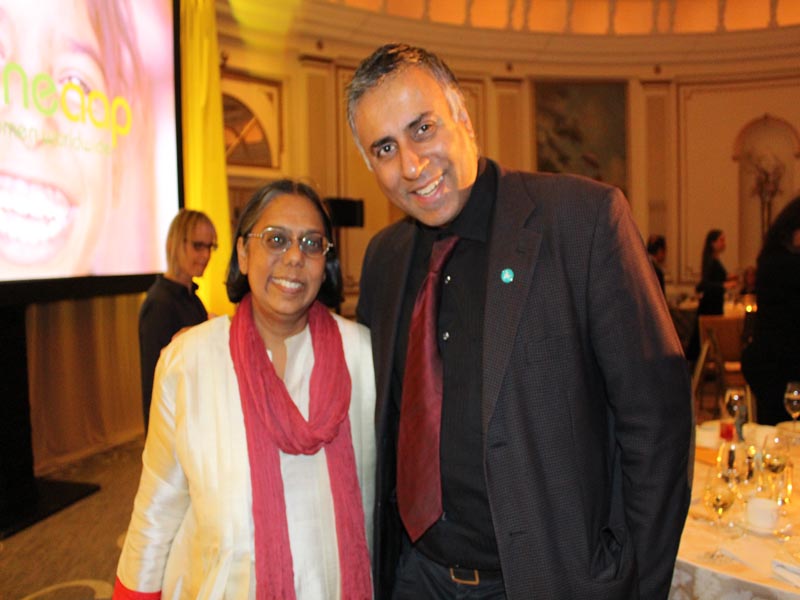 The twenty-two women who founded were the subject of Ruchira Gupta’s Emmy award winning documentary, “The Selling of Innocents,” which exposed the trafficking of women and girls from Nepal to India. During the production of the film, the women formed a connection with each other that ended their isolation and gave them the strength to resist their situation. 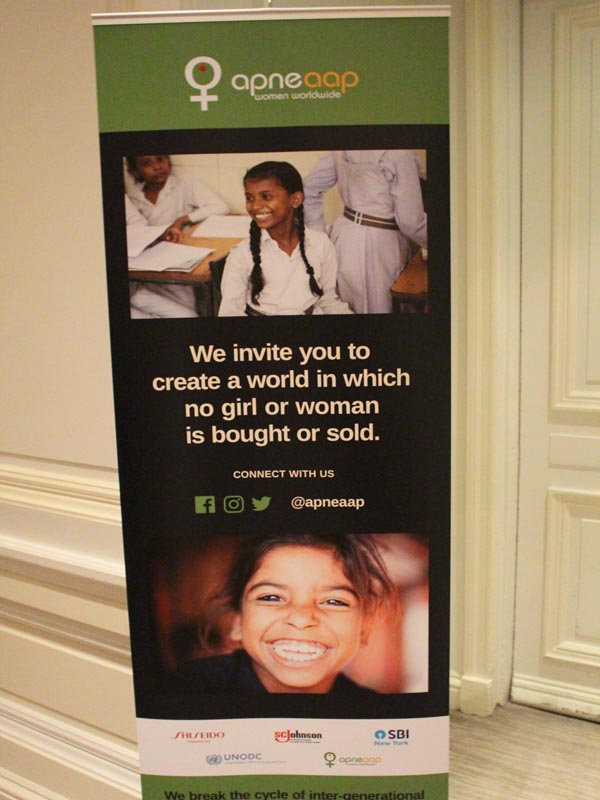 When the filming was completed, the group continued to meet informally in parks. The respect they received when acting as a group, and the strength of their collective bargaining inspired them to create a legal structure to support their vision. 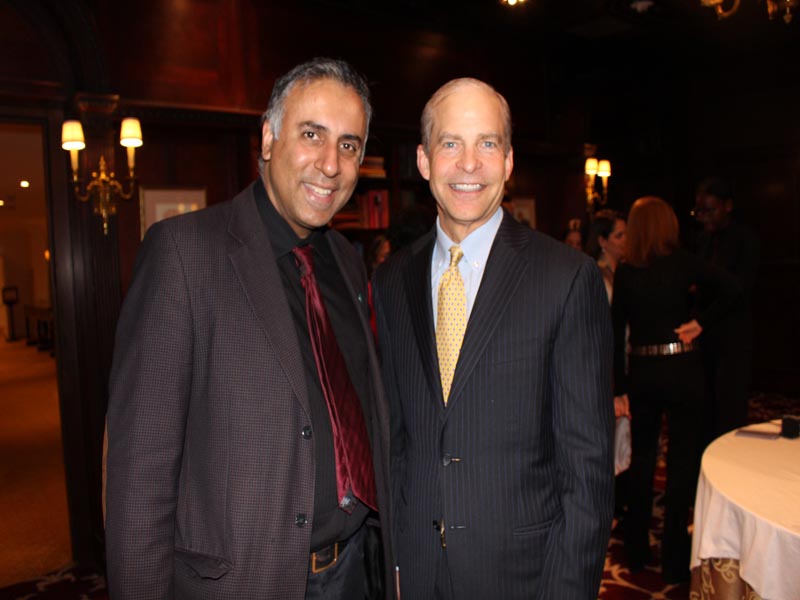 In 2002, Apne Aap registered as an NGO in Mumbai, India. Through the efforts of a board member, Apne Aap was given a room in an abandoned municipal school on Falkland Street, the heart of Mumbai’s red light area. 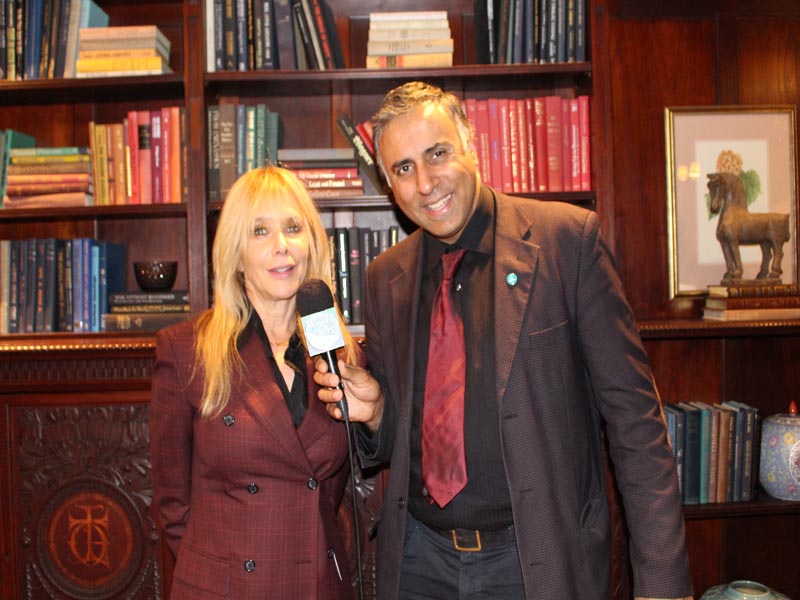 This room was a safe place to converse, sleep, repair torn clothes, bathe and receive mail. It was also a place to hold meetings and classes. 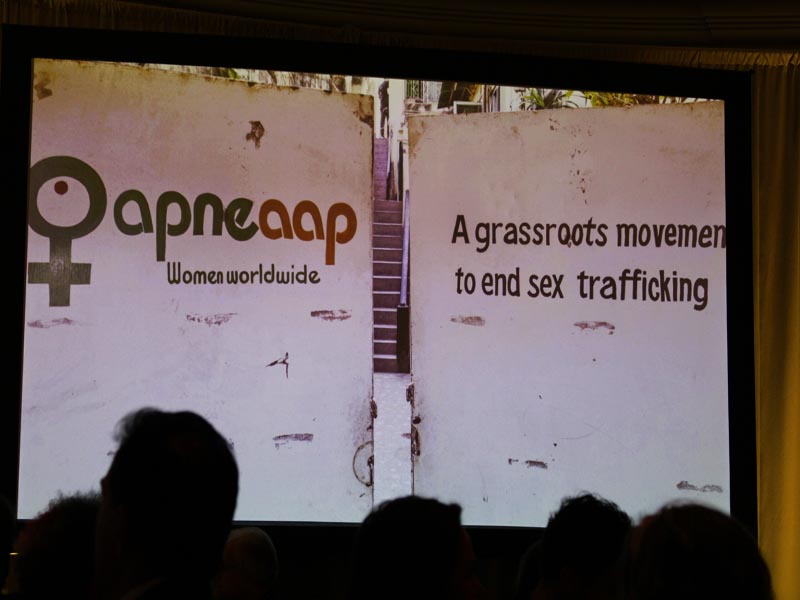 The Pic says it all

In the following years, Apne Aap’s vision and impact grew. Members reached out to other women trapped in prostitution, and organized self-empowerment programs in Bihar, Delhi and West Bengal, where Apne Aap is currently working in local communities. 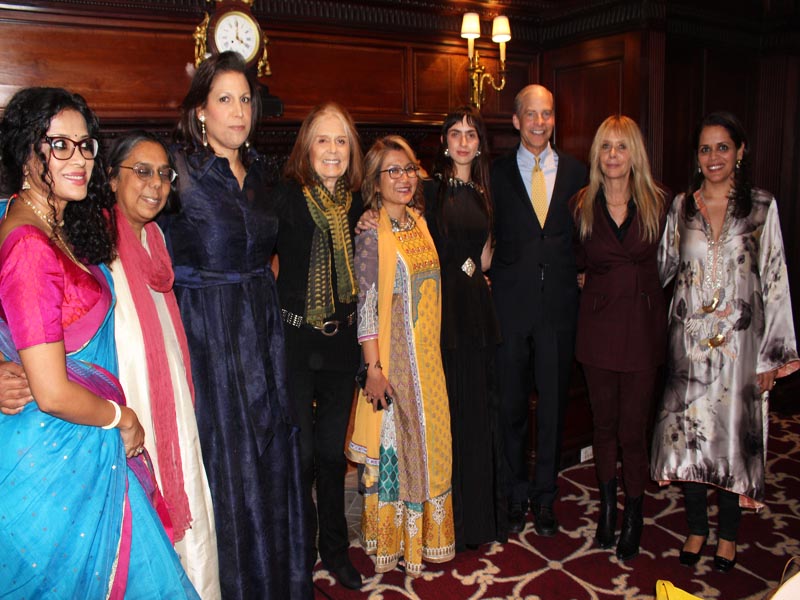 Though all of the twenty-two founding women have since passed away from hunger, suicide, and AIDS-related complications, Apne Aap’s work continues. Self-empowerment groups across the country meet at Apne Aap community centers. 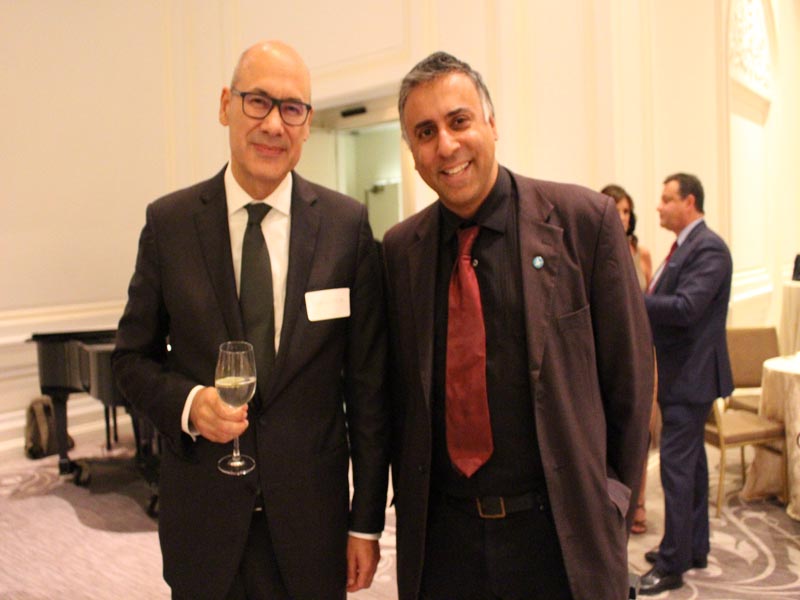 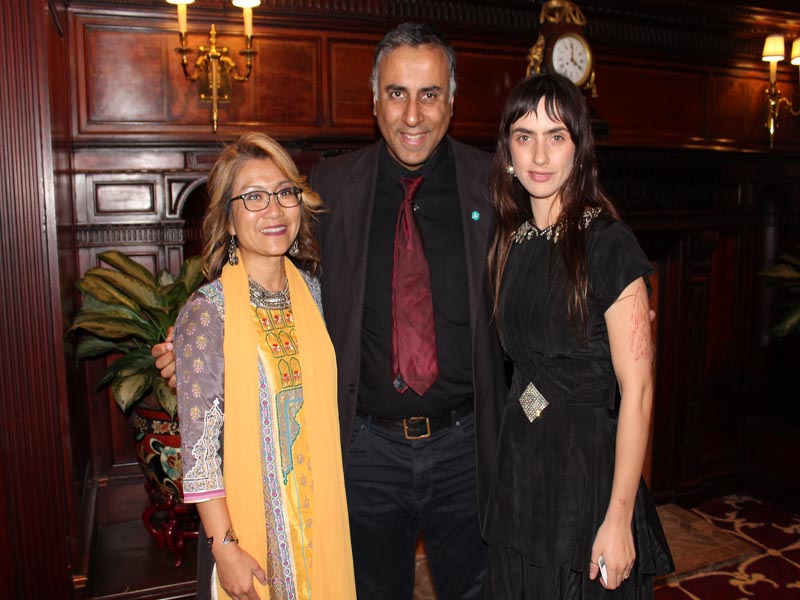 Today, Apne Aap’s work reaches over 21,000 women and girls, and continues to work toward making the vision of the founding twenty-two women a reality. 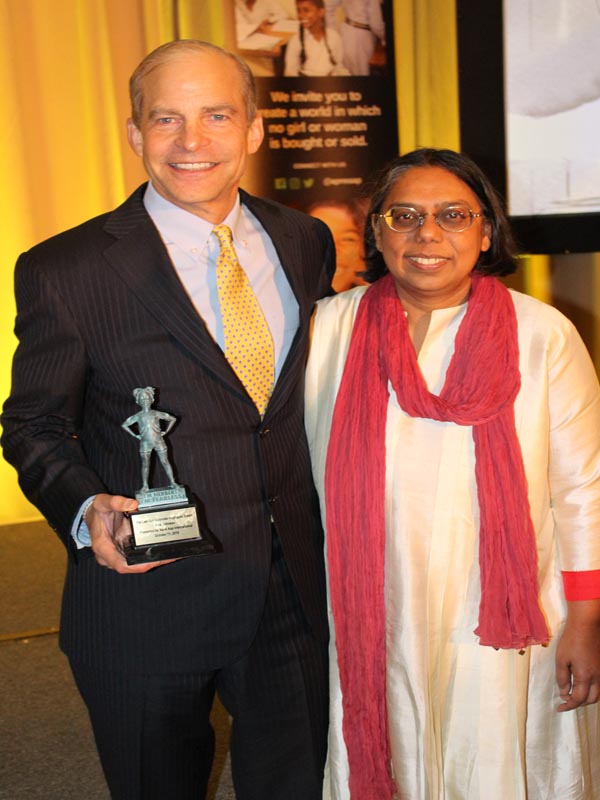 Over 3,000 children from red-light areas, many of whom are daughters of prostituted women from caste communities, and trapped in inter-generational prostitution, have been educated through school by Apne Aap. 76 girls are in college.

They come from groups pushed into prostitution after they were labeled Criminal Tribes under British colonialism.

The benefit will honor Abolitionist leaders who have made a difference in the fight against sex trafficking & raise funds to educate children from red-light areas in India and educate youth in the U.S. on sexual violence. 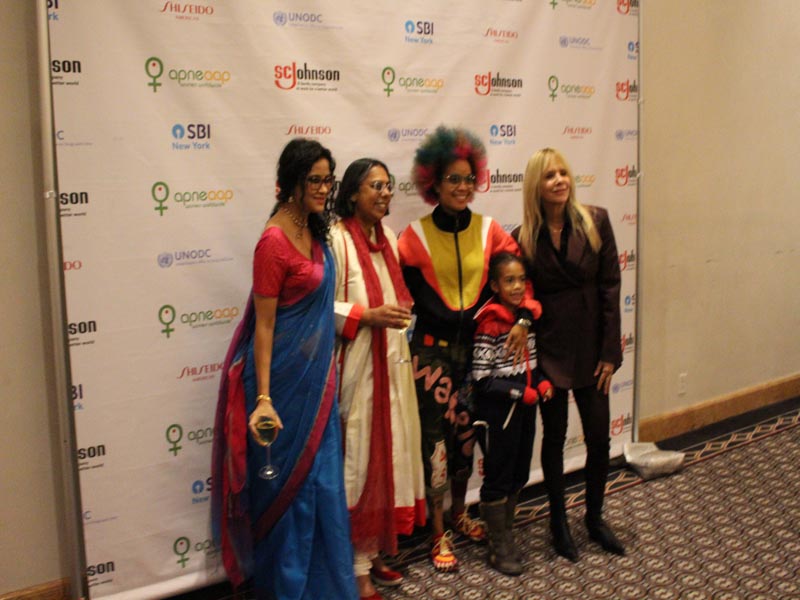 The benefit  honored  Abolitionist leaders who have made a difference in the fight against sex trafficking & raise funds to educate children from red-light areas in India and educate youth in the U.S. on sexual violence. 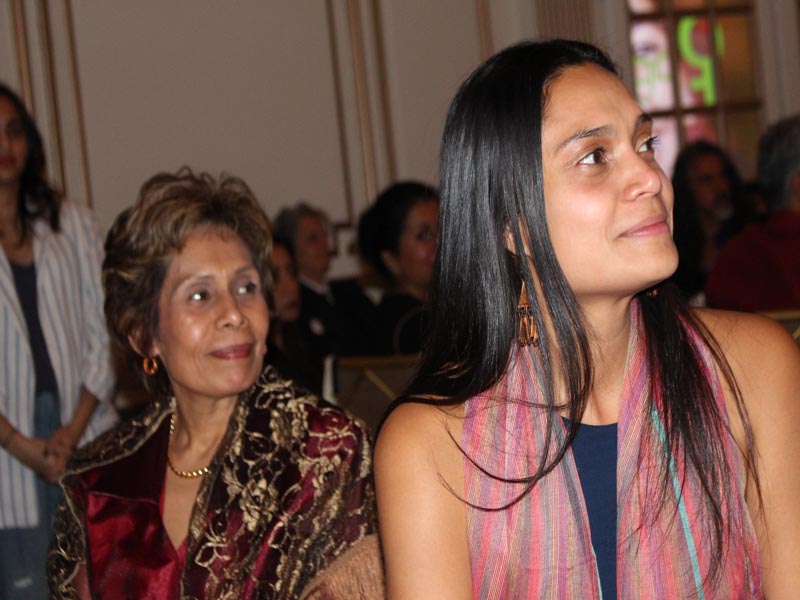 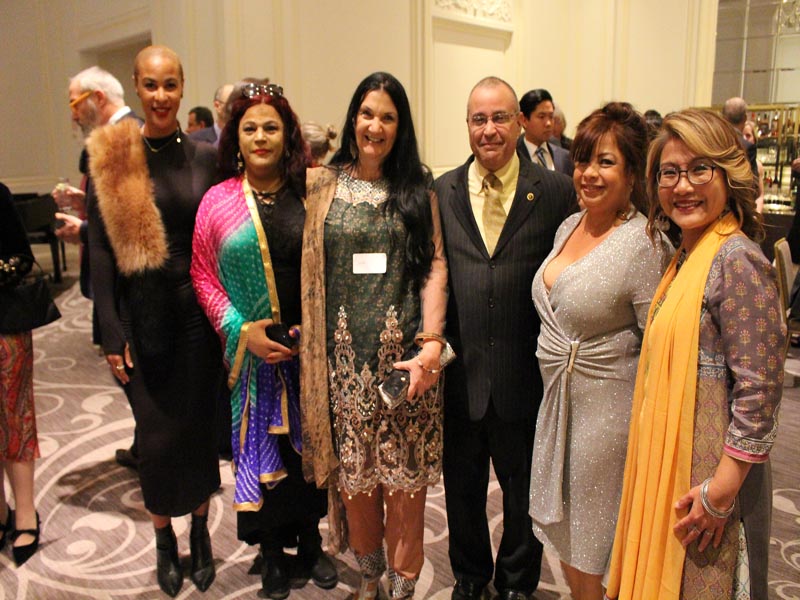 Master of Ceremonies  was Reshma Shetty (Royal Pains, Bombay Dreams), Spoken Word Performance by Staceyann Chin (poet & author of The Other Side of Paradise: A Memoir), Gala Co-Chairs were Gloria Steinem and Ashley Judd. Close to 200 people were in attendance, to support this very worthwhile cause . 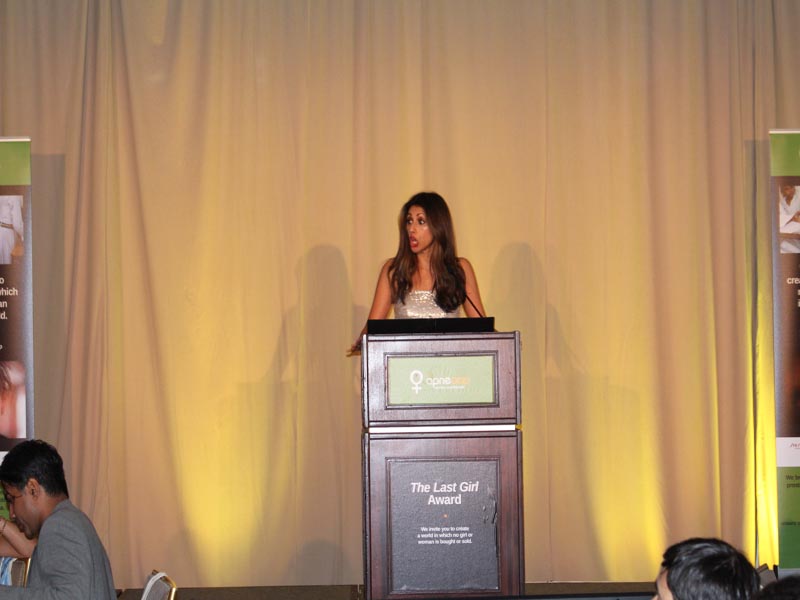