For the First time, with the World Liberty TV, Technology Channel , since we have been attending CES for the past 16 years, we had to stay home and be part of CES 2021, virtual. Due to the pandemic , not the same thing as being there in person  on an annual basis. 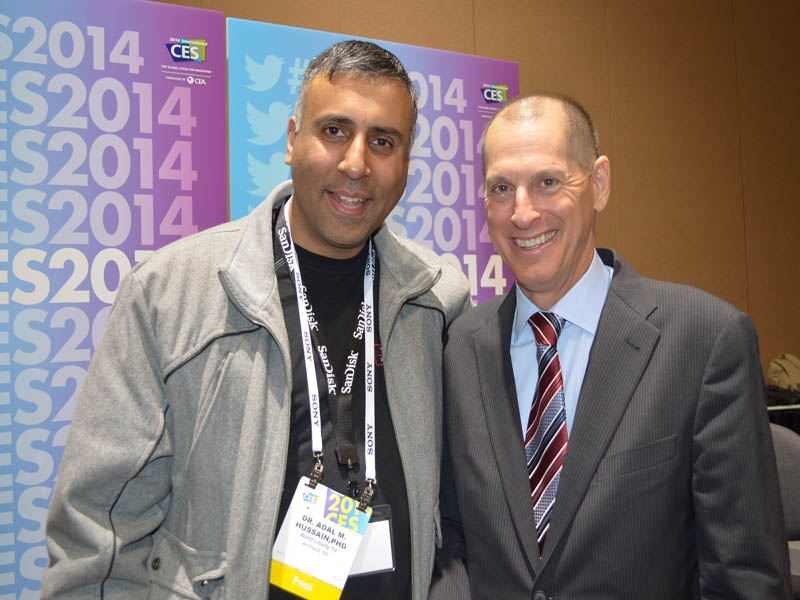 But we had to make the best of Virtual CES 2021, like many other fellow media journalists worldwide and attendee’s.

CES 2021 was like no other, a massive virtual conference where around 2,000 companies showed off their most innovative new products. After hours of listening to pitches on Zoom and evaluating these new technologies, we’ve chosen some of our favorites from this year’s show. This list is skewed toward products that actually have a release date or that the companies at least intend to bring to consumers, and away from concepts and experiments. 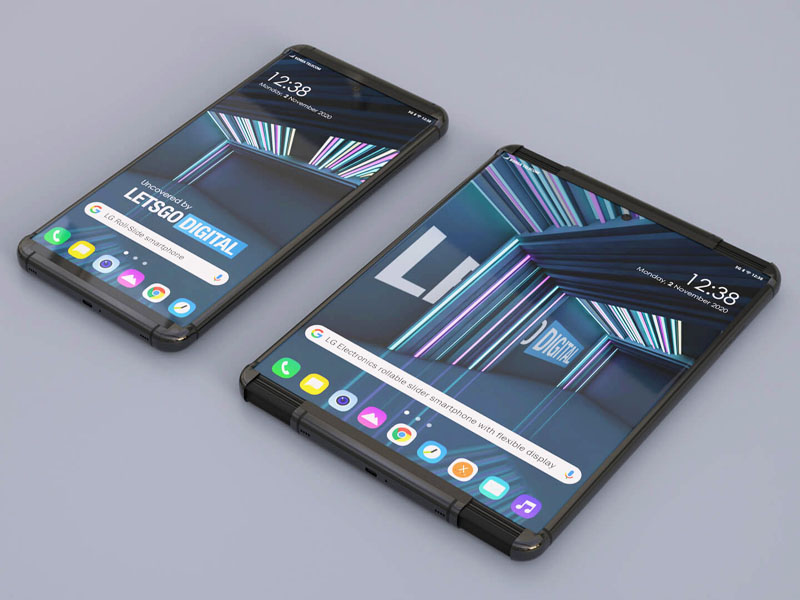 LG’s tease of its Rollable smartphone at its CES 2021: press conference isn’t just for show. The Korean company will release the phone later this year, according to people familiar with LG’s plans. The brief glimpse of the phone was the second tease of the Rollable, which has a display that extends upward to create a larger, more tablet-like screen. Presumably, the bottom of the phone, when it’s in landscape mode, has a mechanism that furls and unfurls the display, similar to how its rollable OLED televisions work — but on a smaller scale. 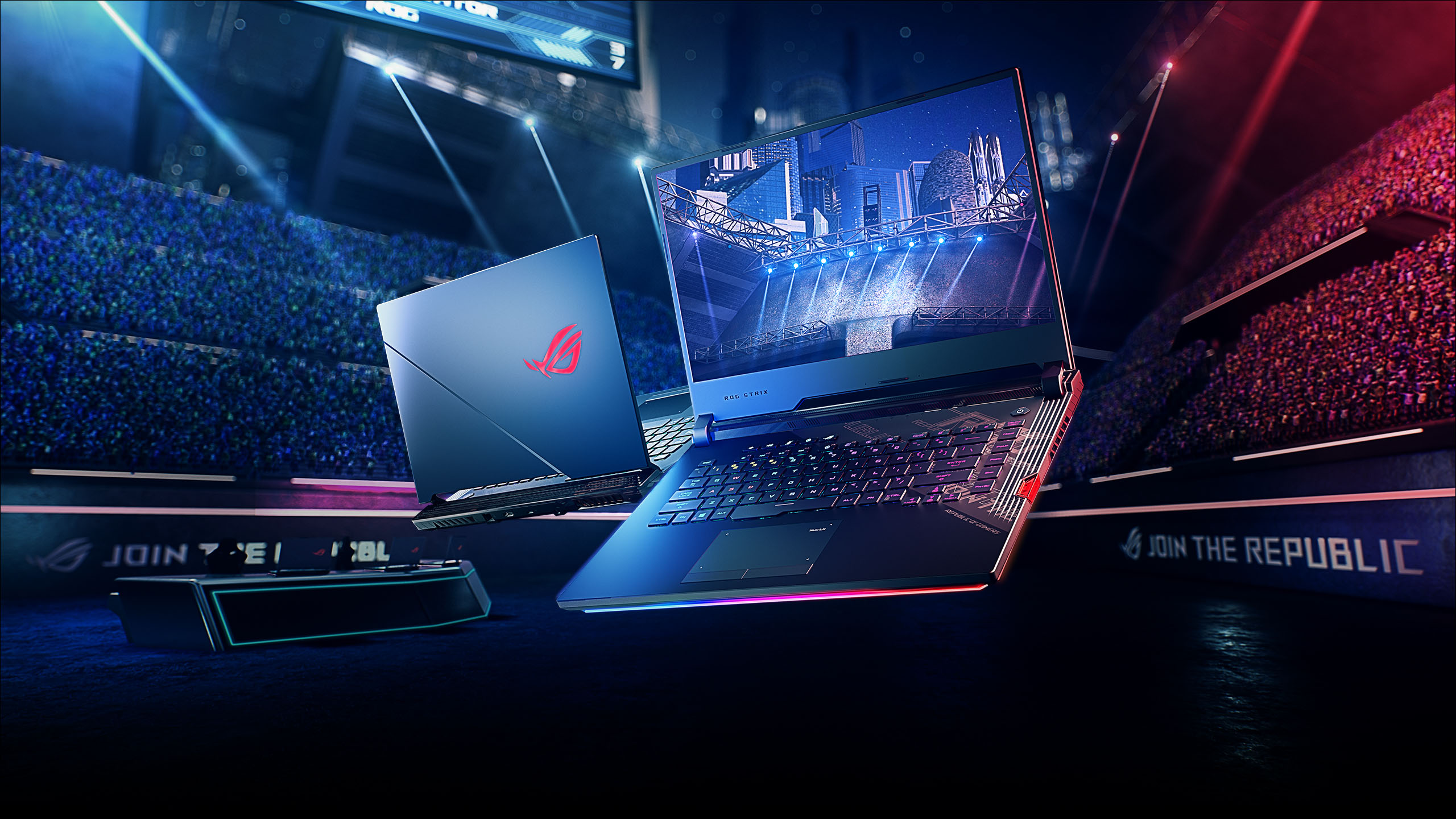 Asus Strix Scar 15: The Asus Strix Scar 15 boasts the fastest display on any gaming monitor, according to Asus, with a 360Hz refresh rate. That makes it a compelling option for hardcore gamers who demand faster displays to keep up with intense gameplay action. Naturally it packs the latest hardware from Intel or AMD and a wealth of colorful LEDs all over it, because apparently that’s what gamers need. Asus hasn’t announced pricing, but the laptop — together with its larger 17-inch brother — will be available sometime in the first half of the year. 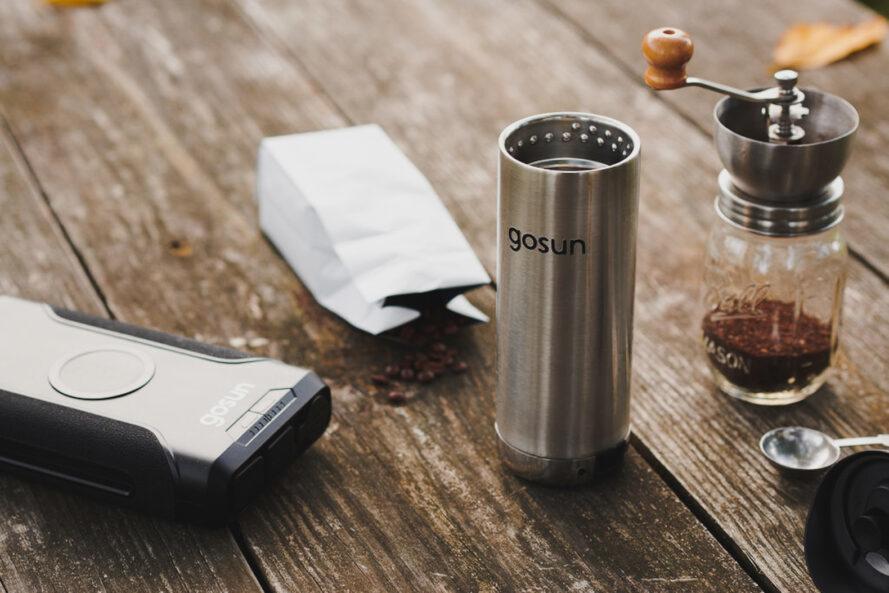 GoSun’s latest devices:, the Brew travel mug-French press combination and the Flow water purification system, run using only solar power — and the company is showing them off for CES 2021. The GoSun Flow can work in tandem with the Brew, filtering 99.99% of pathogens from water, according to the company. With a single charge, the Flow can purify 100 gallons of water to be used for hand-washing, showering, drinking or brewing coffee.

The Flow incorporates a 9-liter collapsible sink basin, a hose with various attachments (such as a shower head and faucet) and an 18.5 watt-hour lithium battery with an integrated solar panel. The sink itself weighs only 2.75 pounds.The GoSun Brew is available now for $100, and the GoSun Flow is available now for $250. 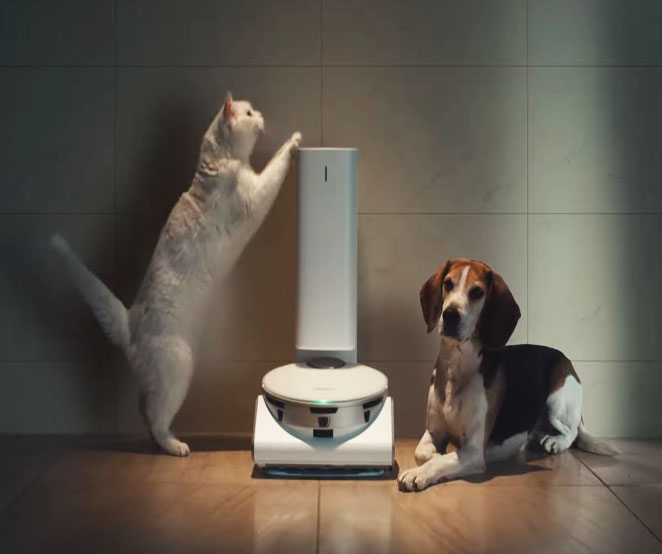 The JetBot uses laser-based lidar to suss out its environment, but it also comes equipped with a video camera. According to Samsung, this hardware lets the JetBot identify the objects it needs to avoid as it vacuums, from small phone cables up to large pieces of furniture.You can command the JetBot 90 AI from your phone, as well. The SmartThings app lets you mark off restricted areas, what Samsung calls “no-go zones,” where you’d rather not have the robot clean.

Samsung hasn’t given pricing or an availability date for the JetBot 90 AI. A robot vacuum cleaner with this many capabilities isn’t likely to come cheap — for comparison, that dual-navigating Deebot from Ecovacs costs $800, while the self-emptying Roomba S9 Plus rings in at well over $1,000. 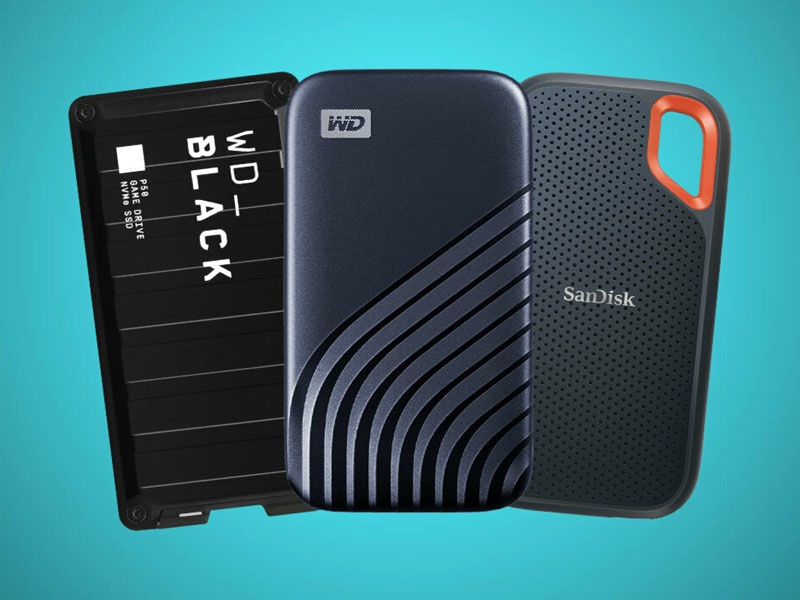 Western Digital has three SSD brands in its portfolio, which makes things a little confusing. Some drives feature 1,050 megabyte-per-second read and up to 1,000 MBps write speeds while others, like SanDisk’s Extreme Pro Portable SSD, are capable of delivering up to 2,000 MBps read/write speeds if you pair them with the right equipment.

while you can use these drives with the new Xbox Series X and Series S (and other game consoles), Western Digital hasn’t made a drive specifically for the new Xbox models’ dedicated expansion port that matches Microsoft’s Velocity Architecture for the fastest possible load times and seamlessly expands the new Xbox models’ storage. 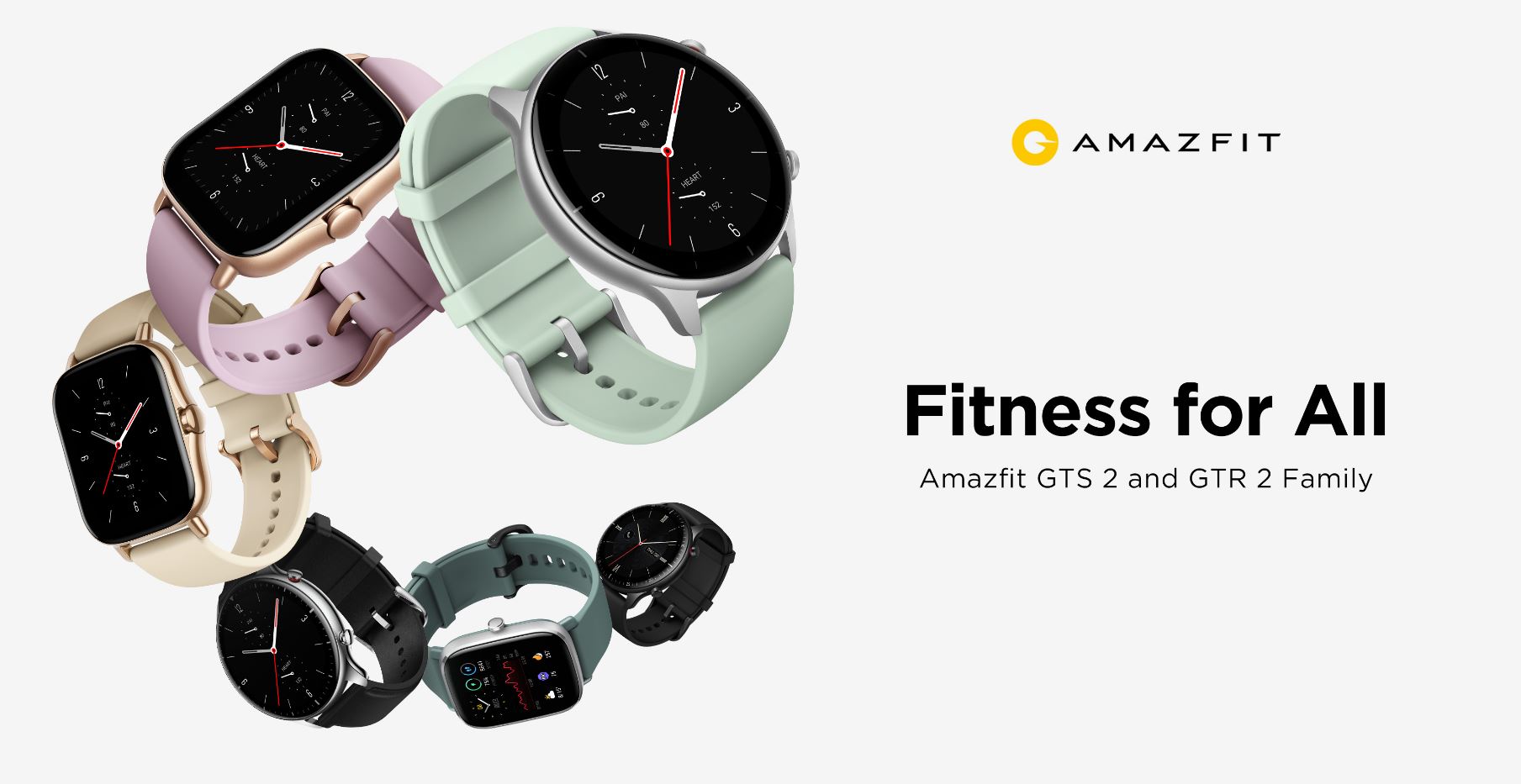 Sony 2021 TV’s: The Sony 2021 TV range has no huge surprises in terms of models and panel sizes compared to last year’s launch, with all sets designed to replace predecessors. With  three TV gongs in our most recent What Hi-Fi? Awards, that’s no bad thing.There are two Master Series models (an 8K LCD and a 4K OLED), a slightly lower specced OLED model and then two more full array LED series, all featuring the Cognitive Processor XR. There are more budget, edge-lit, non-XR models in the new range, too.

/5/”>Sony’s Ambient Optimization technology, Dolby Vision HDR and are AirPlay 2-enabled. Bluetooth with A2DP is also standard across all the Sony Bravia XR sets too. 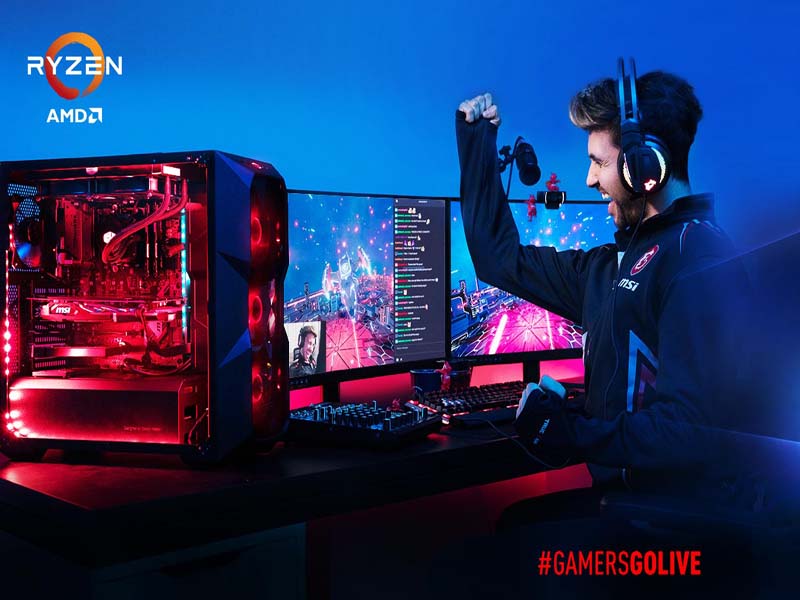 AMD President and CEO Dr. Lisa Su:  keynoted during CES 2021, presenting the AMD vision for the future of research, education, work, entertainment and gaming, including a portfolio of high-performance computing and graphics solutions. AMD Ryzen™ processors and Radeon™ graphics enable the ultimate gaming platform for any gamer, across any setting and any resolution. Whether you are gaming or creating, AMD Ryzen™ 5000 Series desktop processors offer the one thing everyone needs – ultimate performance.

AMD Radeon™ RX 6000 Series graphics cards are engineered to deliver serious levels of gaming performance, mind-blowing visuals, and comes with features to enhance any gaming experience up to 4K. 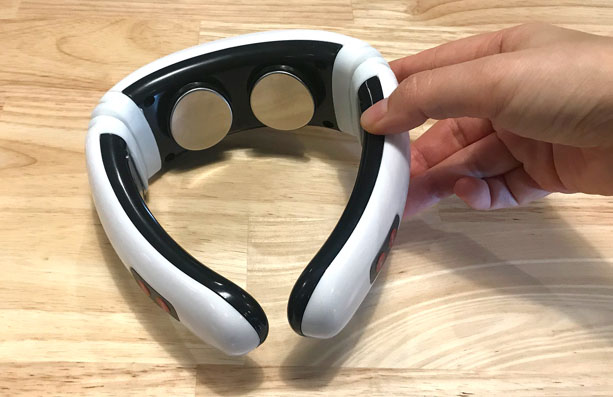 NeckRelax Magic: Infrared Heat: This method relieves muscles by penetrating deep into the tissues, to provide a beneficial massage, which improves your blood circulation. Massage Modes: A non-invasive massage mode that uses high frequency vibrations to stimulate tissues. Ideal for people who love sports. Electro-frequency stimulation massage mode: With the purchase of your new NeckRelax, you also receive a set of electrode pads (as well as the connection cable) allowing you to target specific muscles.

ABOUT US: World Liberty Television (www.WorldLibertyTV.org) is the world’s fastest growing Multicultural Online TV station with over 27 channels, covering topics ranging from Fashion to Business, attending trade shows & conferences of all kinds. Find celebrity interviews, cultural events, and all types of humanitarian events. Watch exclusives on entertainment, politics, and sports, plus reviews on food & wine, on & off Broadway shows, and various Luxury items. We also review Hotels, Homes, Cars, Boats, and Art. We give you sneak peeks into items new on the market in Electronics, Jewelry, Clothing, Cosmetics, and Antiques. We also give you a look into topics Health & Medical Issues and Book Reviews.

We will showcase these topics on our World Liberty Television site with a multicultural understanding. When combined together, our group of producers, editors, videographers, webmasters, hosts, and consultants have a combined experience of over two hundred years.

These products we felt were the Best of  Virtual CES 2021,and we are happy to showcase them in our World Liberty TV, Technology Review Channels, feel free to view , they are very economically priced, and have great usage, see more by  clicking here .