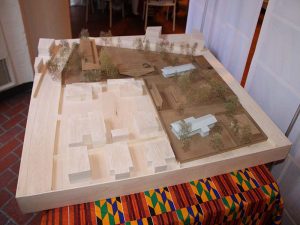 The Complex in Accra, Ghana, designed by the architect, Sir David Adjaye, of the Smithsonian Museum of African American History and Culture will be a global center for Pan African study, culture, and tourism. 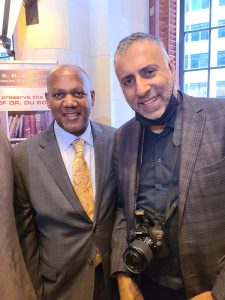 The unveiling of the complex, designed by Sir David Adjaye, the internationally acclaimed architect of the Smithsonian Museum of African American History and Culture, will take place at the Yale Club in Manhattan on Sunday, September 18th.

The expansion, transformation, and repositioning of the Du Bois Centre Ghana into a dramatic global center for tourism, study, and celebration of the Pan African diaspora will bring to a new generation the vision and writings of W. E. B. Du Bois, the most important African American intellectual of the 20th century.  It will serve as the starting point for visitors returning to Africa to explore their roots, and include a scholastic institute, library, outdoor auditorium, memorial pavilion, craft shops for artisans, a café, and large open spaces for formal gatherings and lectures. 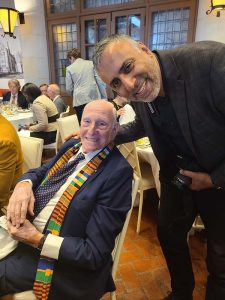 William Edward Burghardt Du Bois virtually invented modern African American letters and inspired the work of practically all other modern African American intellectuals to follow.  More than that, he reshaped how the complex experience of America and African Americans could be understood.  He left Americans—of all colors—a legacy of intellectual tools, a language with which they might analyze their present and imagine a future.  He played a key role in developing the strategy and program that dominated early 20th-century black protest in America and was one of the founders of the NAACP.  Du Bois’ collection of essays, The Souls of Black Folk, is a seminal work in African American literature and a founding work in the literature of black protest.  In it, he eloquently affirmed that it is beneath the dignity of a human being to beg for those rights that belong inherently to all mankind.

Kwame Nkrumah, then President of Ghana, invited Dr. Du Bois to move to Ghana to undertake an ‘Encyclopedia Africana’, an interdisciplinary global publication to document the experience and historical contributions of African peoples in the world, where he died on August 27, 1963—the day before his American compatriots assembled for the March on Washington.  The Du Bois Centre is the burial place of both Du Bois and his wife Shirley Graham Du Bois, also a prolific American award-winning author, playwright, composer, and activist for African American and Chinese causes. 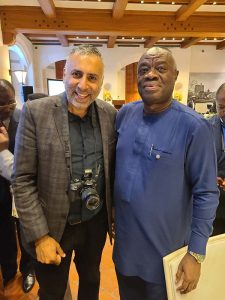 As part of the renovation the museum will be transformed, repositioned, and expanded while keeping the current structures, the Bungalow and the Gazebo Mausoleum, which will be incorporated into a new W.E.B and Shirley Du Bois Memorial Pavilion.  The Bungalow will be restored, as closely as possible, to its original state.  A separate Museum and Library will be built to house the books, journals, papers, and other written and visual collections of the Du Bois family.  The complex will be completed and dedicated by 2025. 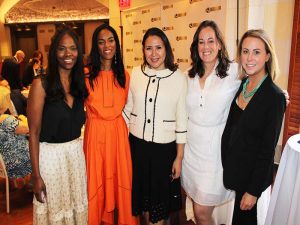 WHAT: The unveiling of the new W.E.B Du Bois Museum Complex in Accra, Ghanadesigned by Sir David Adjaye, architect of Smithsonian Museum of African American History and Culture 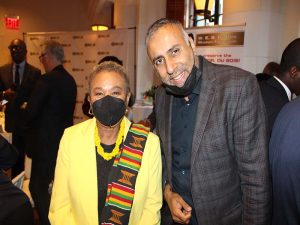 The Du Bois Bungalow: The refurbished and restored bungalow where W. E. B. Du Bois lived, worked, and died with his wife will have flooring, windows, furniture, and fixtures restored to their original states. 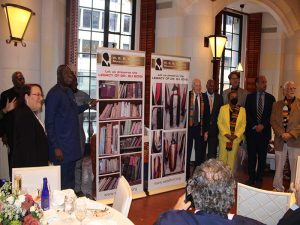 Guests and supporters at the Luncheon

Institute Building: This is the largest building in the complex, which features a fully curated Museum/Gallery; the library/research/reading room and administrative offices.

The Museum/Gallery: This will exhibit historical pictures, mementos (University Gown/Robs/Hoods), gifts and other items belonging to Dr. Du Bois and his wife Shirley Graham. 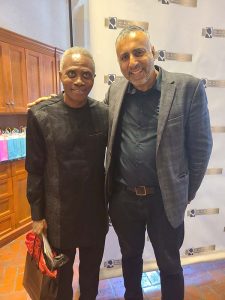 The Library: This will be another important feature of the Complex containing books, periodicals, journals, papers, and publications by and about Dr. Du Bois and his wife Shirley Graham Du Bois, as well as the Pan African movement.  It will include a rare books room for the delicate and personal books and papers of Dr. Du Bois and Shirley Graham.

Outdoor Auditorium: This will be used for cultural and artistic performances, informal and formal gatherings, conferences, lectures, shows and special events. 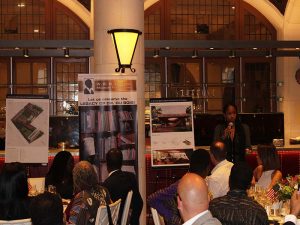 Close to 200 Supporters in attendance

Marcus Garvey Guest House: The Marcus Garvey guest house will be renovated with new roofing, flooring, furnishing, and fixtures to accommodate visiting scholars, visitors, and special guests of the museum.

I was very honored in attending and being part of the luncheon to honor W.E.B. Du Bois and his Museum Foundation, if anyone is interested in donating to help with this project you can go to their website by clicking here. 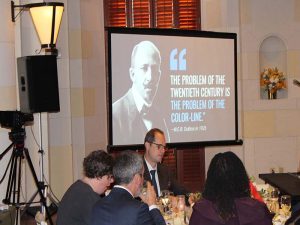 See more about great leaders, advocates and humanitarians in our World Liberty TV, Humanitarian Channels and blogs by Clicking here.