For nearly two decades, the Games for Change Festival has been a destination for developers, educators, researchers, students, and other game-changers who want to make an impact through video games or immersive media. 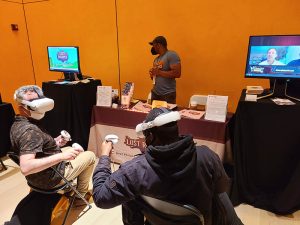 From July 13 – 14,  join us live in person in NYC at the Times Center and Microsoft for two days of curated talks, panels, and arcades with built-in networking opportunities throughout.

Then, from July 15 – 16, catch our free online program for another two days of fresh content and talks to stream. Whether you’re new here or you’ve been a part of the G4C community for 19 years, you belong here. 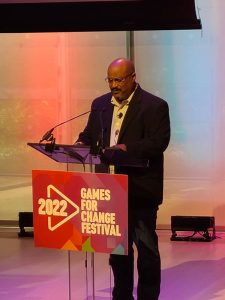 Every year, Games for Change relies on the support of volunteers to bring the G4C Festival to life. Volunteers’ time and expertise help build a sense of community that elevates the experience for all attendees. We are looking for virtual and in-person all-stars for this year’s Festival. Positions will be scheduled on a first submitted, first-served basis, so don’t sleep on it! 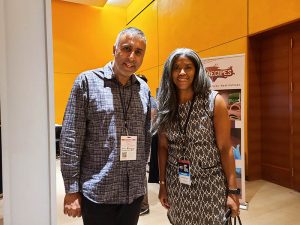 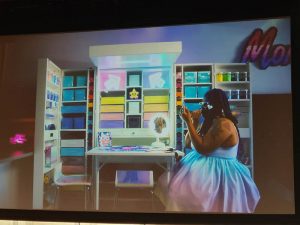 Opening remarks were by, Susanna Pollack (President, Games for Change), who welcomed everyone to the festival and next speaker representing Mayor Eric Adams and his administration was, Alia Jones-Harvey Associate Commissioner, NYC Mayor’s Office of Media and Entertainment, she went on to say millions of dollars have been pledged to help the gaming communities by the mayor’s office, and they were very encouraging of the gaming industry and game makers.

Morning opening keynote was by Leo Olebe, Managing Director, Google Play Games, Google, opened up by saying I am a proud Black man, but I am everything, black white, Chinese and Ukraine , we was saying he had family from all walks of life. 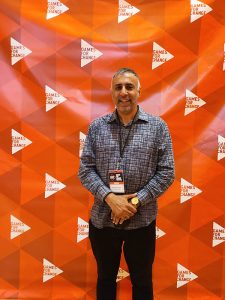 We also went on to say , Google play games are helping many minorities world wide, with the gaming platform, he used an example of an French gaming guy who was helping to track the Syrian refugees, and moni pixel and African American girl who invented a game, for women of color of doing many things with the hair. 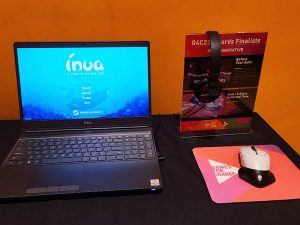 Inua Game up for G4C22 Awards

Games for Change Festival, is a great conference, it has many people attending from around the world from all back grounds, with one purpose and mission that is to help the people to better themselves, through the gaming world. 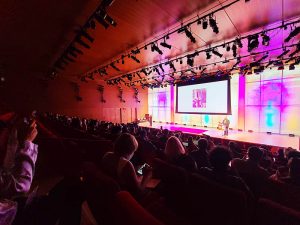 100’s in attendance at Games for Change Festival