15th ANNUAL GAMES FOR CHANGE FESTIVAL KICKS OFF WITH SPECIAL PROCLAMATION FROM NYC MAYOR BILL DE BLASIO“Life is Strange: Before the Storm” Wins Big at Games for Change Awards Ceremony with Two Honors, Including Game of the Year; Additional Highlights from Day 1 Include Keynotes By UNICEF’s Rajesh Anandan, Ubisoft Montréal’s Maxime Durand, and more. 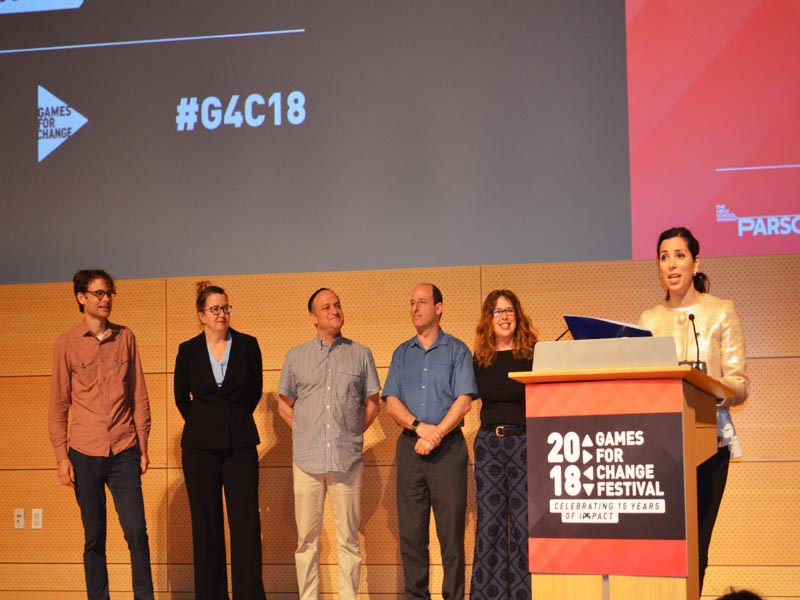 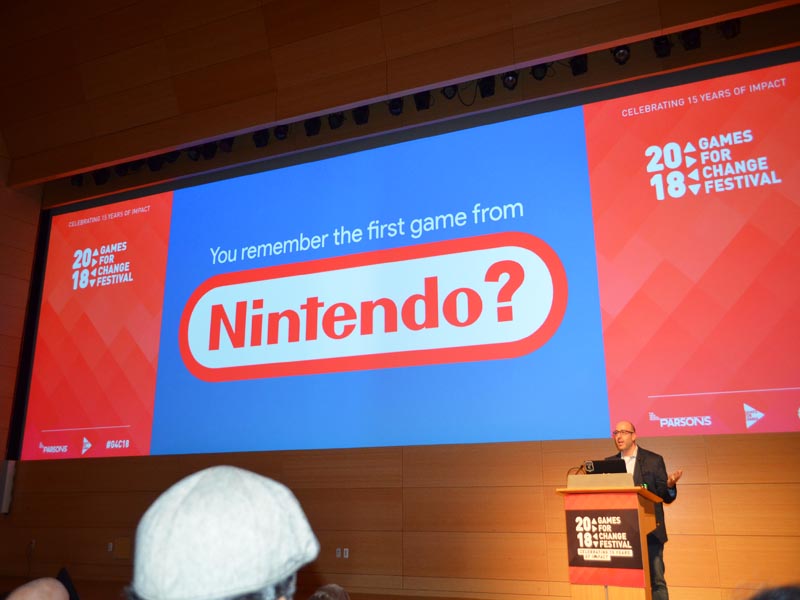 By exploring the challenges faced by refugees, LGBTQ youth, children with autism, people suffering from mental illness, and much more, the games and presentations featured at the Games for Change festival over the last fifteen years have promoted equality, understanding, and inclusivity by giving players the opportunity to experience reality from a different point of view. 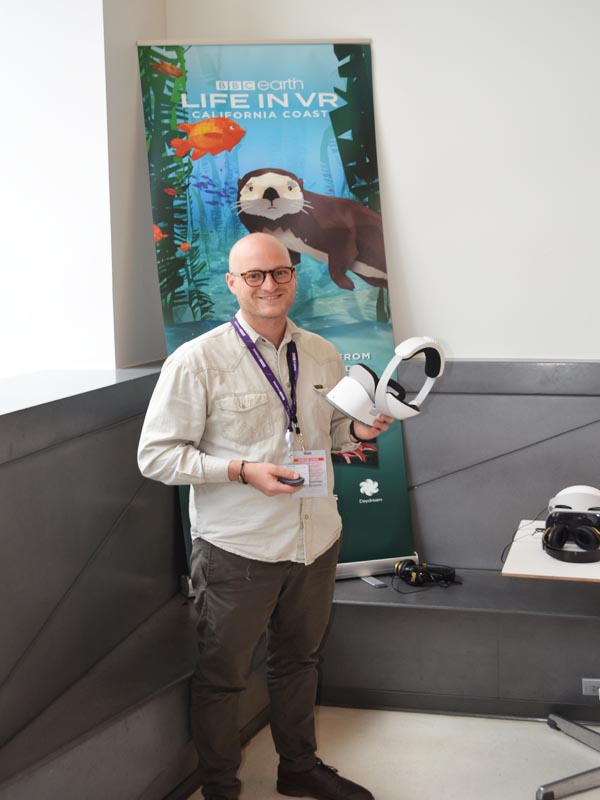 “For 15 years, Games for Change has encouraged the top minds in tech to develop digital games that can bring about positive social change,” said Mayor de Blasio in the Proclamation. “I am proud to join with all those gathered here to applaud G4C, all of this year’s award winners, and everyone participating in the festival for their commitment to forging a better tomorrow for us all.” 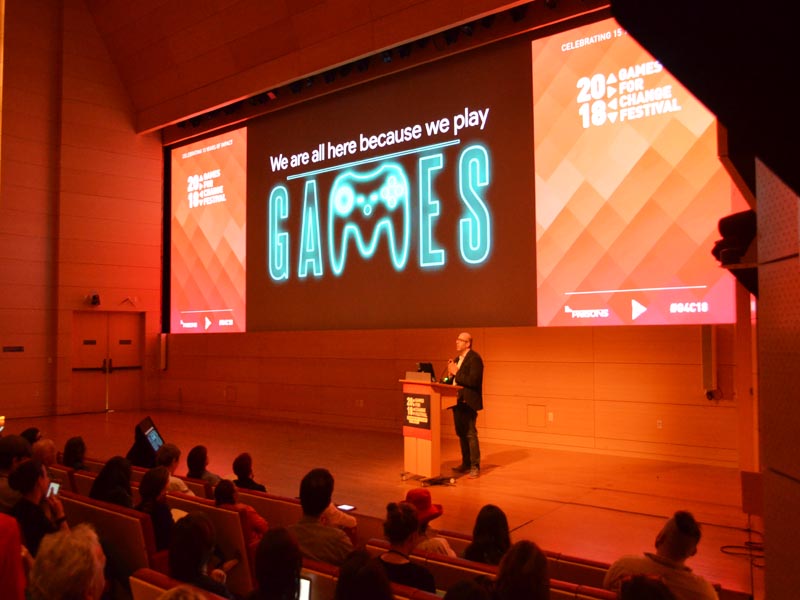 The Motto Says it all

Katie Salen (University of California, Irvine; Chief Designer and co-founder of Connected Camps and founding Executive Director of Institute of Play) who gave a keynote presentation that explored a play-based approach to raising socially and emotionally aware gamers, was presented with the Games for Change Vanguard Award for her commitment to games with social impact. 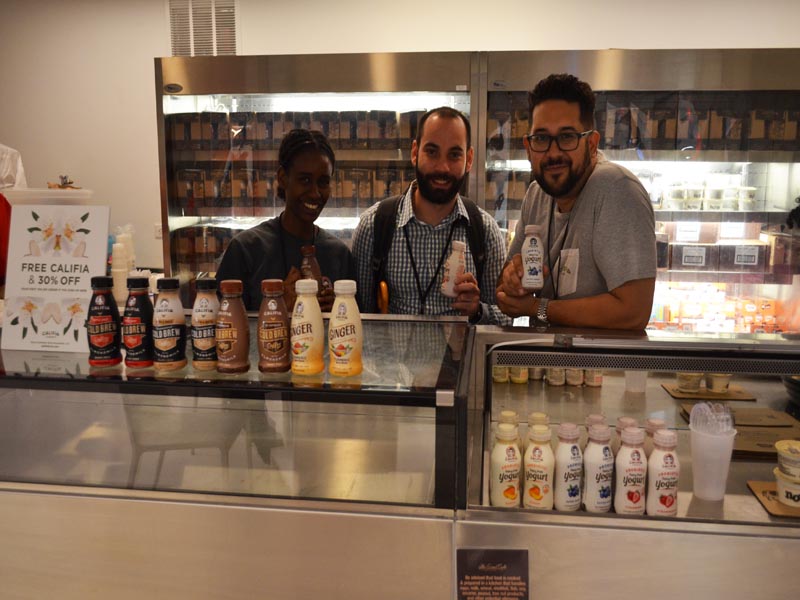 This year, Games for Change launched a CharityBuzz campaign, with bidding lots that include: Lunch with Dr. Adam Gazzaley and a tour of the Neuroscape Lab in San Francisco; Meet with speaker Prof. Aorangi Popovic and Visit the Center for Game Science in Seattle; Meet speaker Dan Ayoub, Tour & Private Demo at the Microsoft Holocene Lab; Meet Maxime Durand, Chief Historian of Assassin’s Creed & Tour the Ubisoft HQ in Montreal; VIP Tour of Ubisoft in San Francisco, Lunch, Guitar Lesson and Hotel & Airfare. 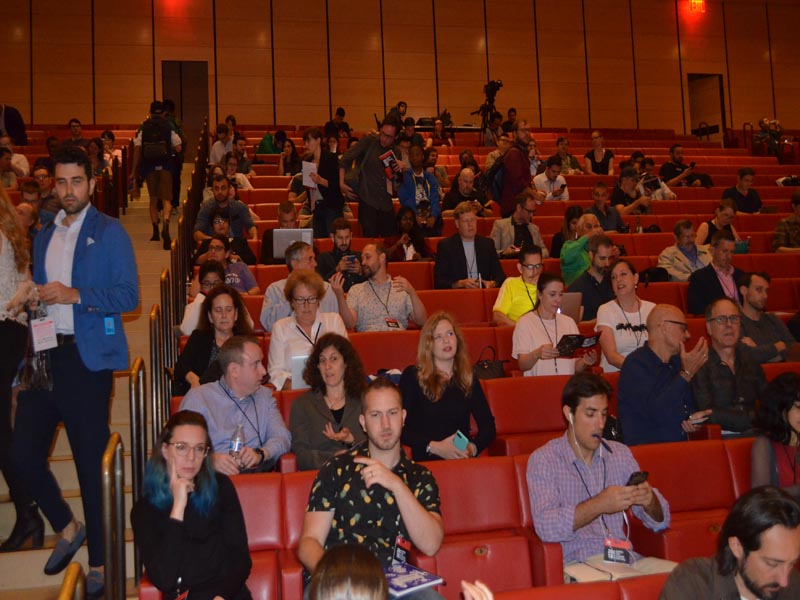 Hundreds in attendance at Games for Change Festival

About Games for Change: Since 2004, Games for Change (G4C) has been empowering game creators and innovators to drive real-world change, using games that help people to learn, improve their communities, and contribute to make the world a better place. G4C partners with technology and gaming companies as well as nonprofits, foundations and government agencies, to run world class events, public arcades, design challenges and youth programs. G4C supports a global community of game developers working to use games to tackle real-world challenges, from humanitarian conflicts to climate change and education.

About Parsons School of Design: Parsons School of Design is one of the world’s leading institutions for art and design education. Based in New York but active around the world, the school offers undergraduate and graduate programs in the full spectrum of art and design disciplines. Critical thinking and collaboration are at the heart of a Parsons education. Parsons graduates are leaders in their fields, with a shared commitment to creatively and critically addressing the complexities of life in the 21st century.

See more about Gaming in our World Liberty TV Toys and Gaming Channel by clicking here.