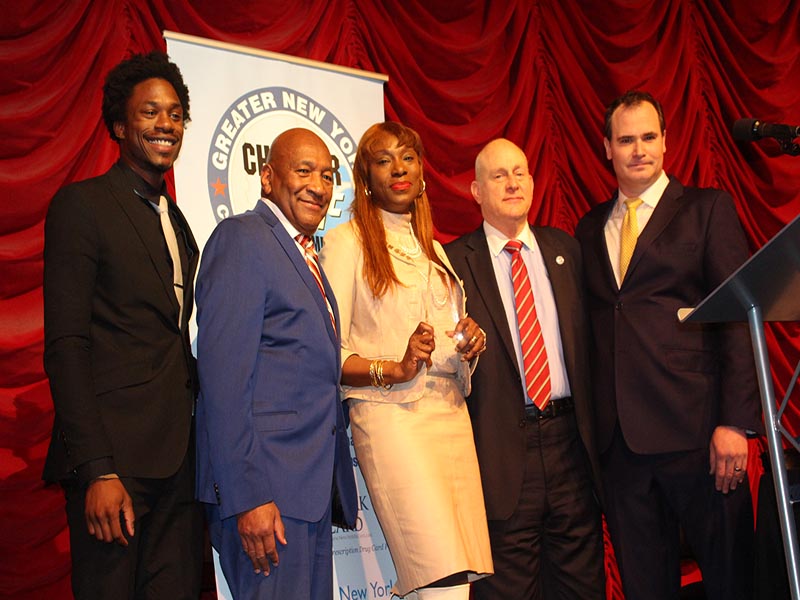 Ingrid Lewis –Martin, Chief Advisor to Mayor Eric Adams: Mayor Eric Adams announced Ingrid Lewis-Martin as chief advisor to the mayor, a role which will have her working in partnership with the first deputy mayor, chief of staff, and all direct reports to the mayor to support operations at City Hall and advance the administration’s strategic policies and priorities. Lewis-Martin most recently served as deputy Brooklyn borough president. 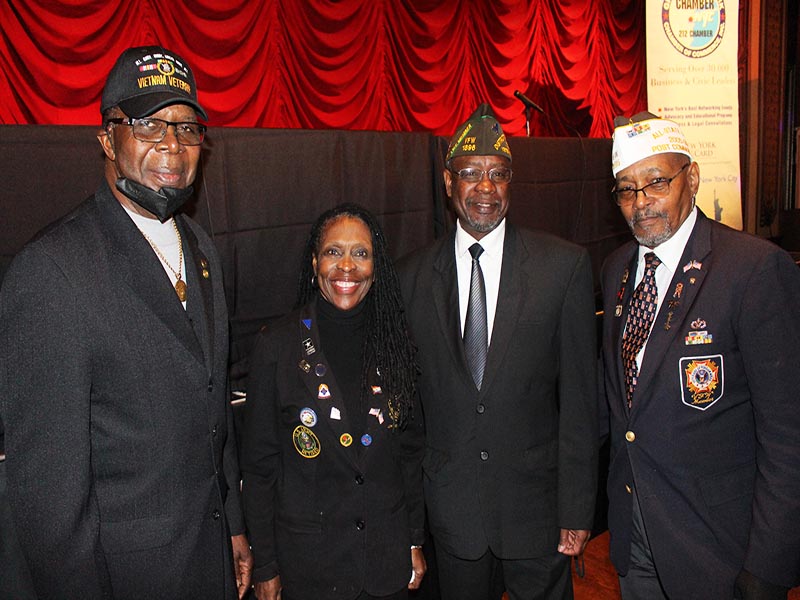 Leroy Barnes, Post Commander for VFW: Leroy Barnes is the post commander of the Veterans of Foreign Wars Post 5298 located in Springfield Gardens, New York. Barnes devotes his time and effort in aiding and educating veterans of the local community in any way possible.

“I’m happy doing what I’m doing, helping people every day.” Barnes states after a pensive pause that is inspiration is “To have peace and quiet in the world.”

Barnes adds “We all need it. Everyday listen to the news, someone’s murdered, there’s some war. People need to be loving and helping each other. It would be nice to listen to the news for it to be nice and quiet. 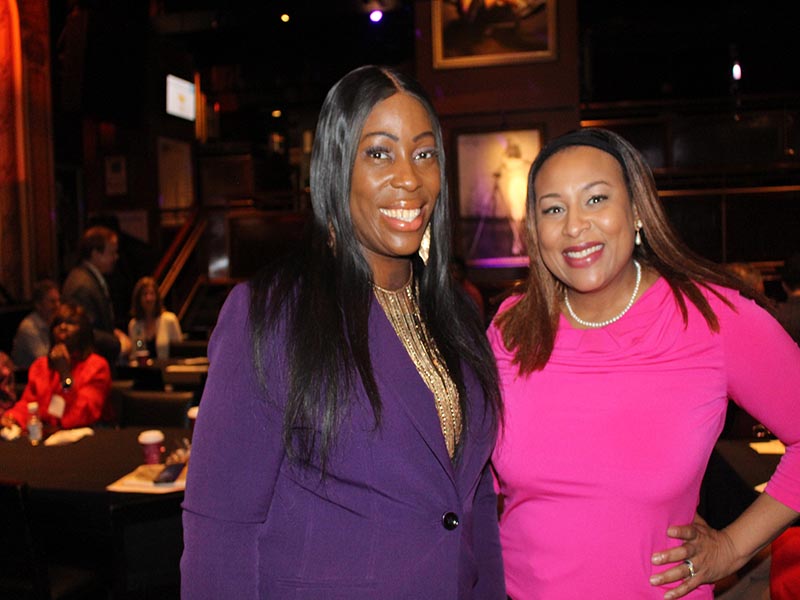 Gibson (Democratic Party) ran for election for Bronx Borough President in New York. She won in the general election on November 2, 2021.Gibson previously served on the New York City Council, representing District 16 from 2013 to 2021.

Gibson was previously a Democratic member of the New York State Assembly, representing District 77 from 2009 to 2013. 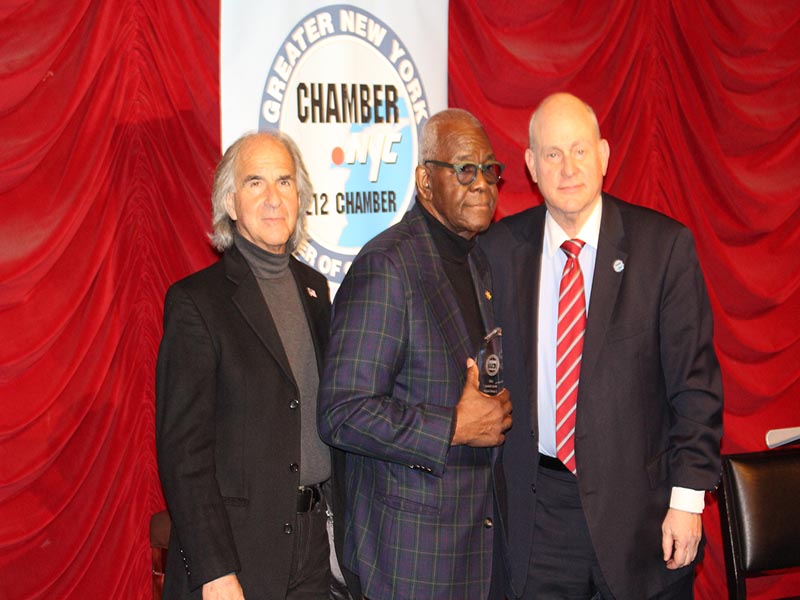 He has produced and co-produced theater, music, and television projects, film festivals, and music tributes in the United States, Japan, South Africa, and the UK. 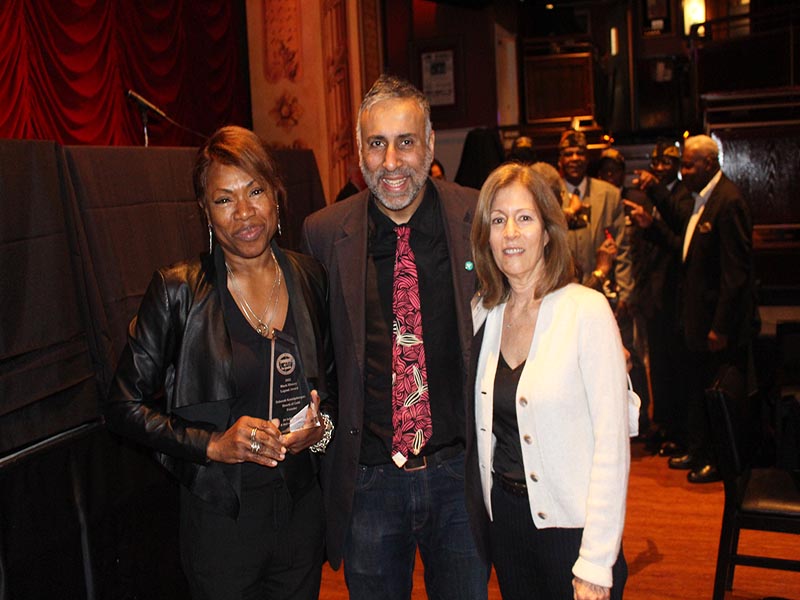 Deborah Koenigsberger, Hearts of Gold Founder: Working in partnership with homeless mothers and their children, Hearts of Gold helps them create positive, sustainable change in their lives under three umbrella objectives: Stabilize, Support, and Sustain.We engage with the moms and kids we serve to help them gain the knowledge, skills, and confidence they need to be able to transition out of the shelter system and become fully independent and productive members of society.

Our programs include our HoG (FSU), Fresh Start University Workforce Development Program, which provides on the job training at our resale store the thrifty HoG, and scholarships to support higher educational opportunities for moms. 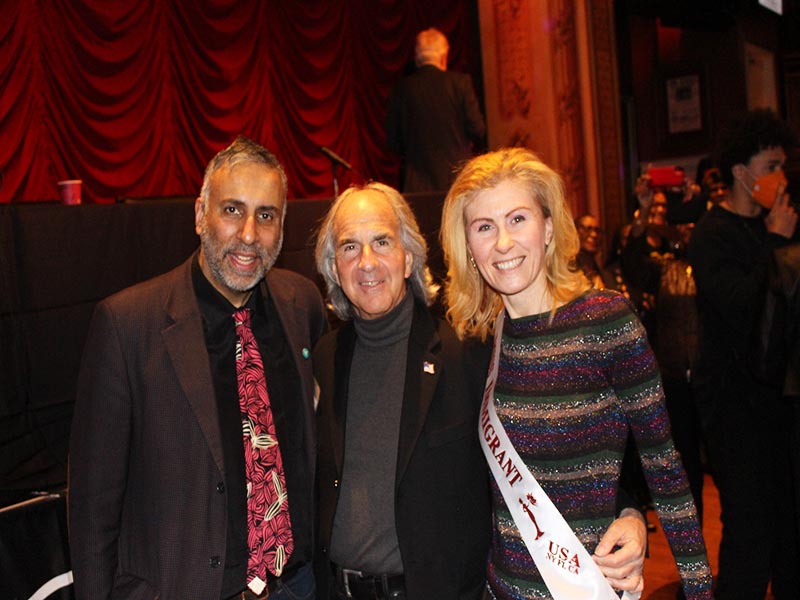 For the children, we provide private and semi-private tutoring at our Hearts of Gold Learning Center, which includes building skills associated with STEAM disciplines (Science,Technology, Engineering, Arts and Mathematics) as well as summer camp experiences through (S.T.E.P.), our Summer Teen Enrichment Program.

Our services include: Fresh Start Bags, Baby Shower in a Bag, an Annual Back To School Backpack Giveaway and an Annual Christmas Coat Giveaway. 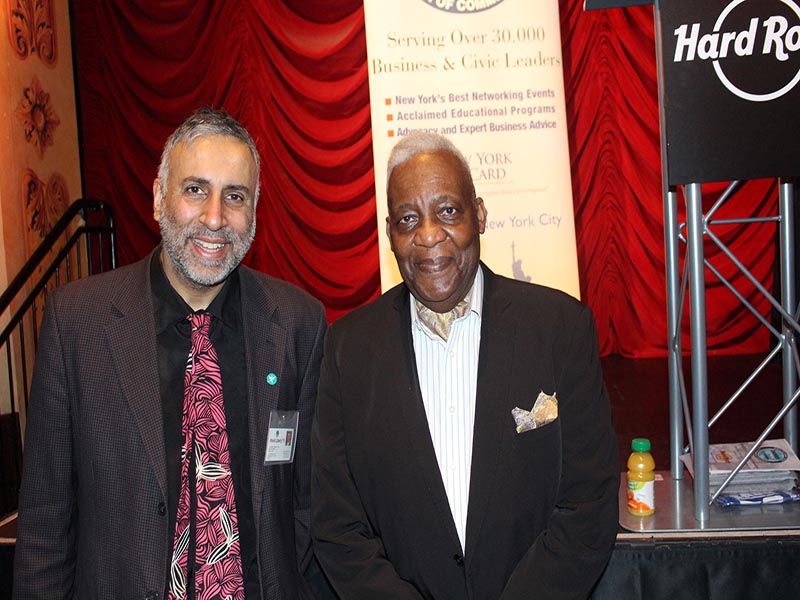 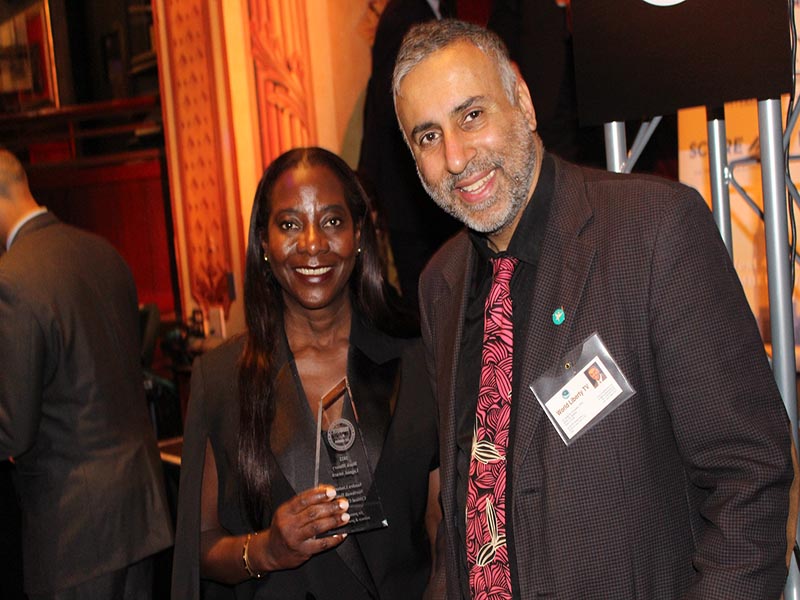 Sandra Lindsay, Northwell Health Critical Care Nurse:  From the front lines, to the first in line to get the COVID-19 vaccine, Nurse Sandra Lindsay made history as the first person in the United States to be immunized.

When asked for volunteers to take the BioNTech/Pfizer mRNA COVID-19 vaccine, Sandra Lindsay was the first to raise her hand.

The intensive care nurse, who works at Long Island Jewish Medical Center, said she wanted to lead by example and ease skepticism about the vaccine by letting people know it’s safe. “It does give me tremendous hope,” Sandra said. She encourages everyone to “listen to the science” and do their part in restoring public safety. 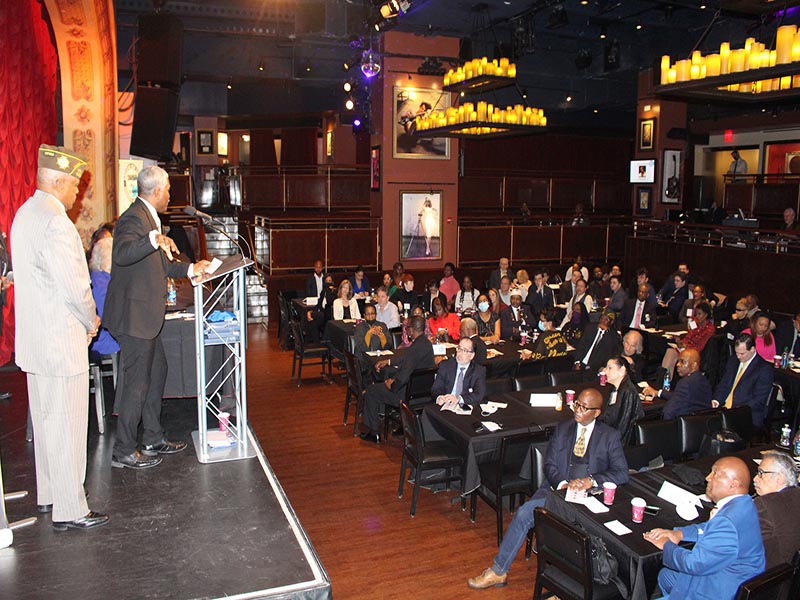 The 2022 Black History Legends Awards Started off with a networking breakfast, with Special remarks by honored guest Senator Charles Schumer, Majority Leader, thanking everyone for attending and went on to say, a special announcement will be made today by President Biden,  will nominate Judge Ketanji Brown Jackson for the U.S. Supreme Court on Friday, if she gets confirmed she will be the first African-American Woman to be elected to Supreme court. 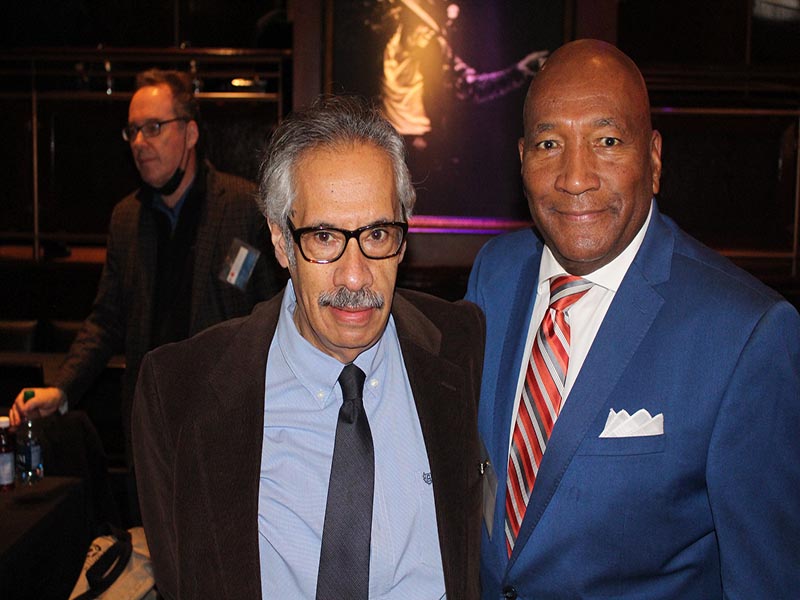 A video message was sent by Goveror Kathy Hochul, who went on to say, that its an important day to honor the African-American Community. Darcel Clark, Bronx District Attorney, was in attendance to introduce and help present award to Vanessa Gibson, Bronx Borough President, The First Woman of Color and first woman to hold this position. 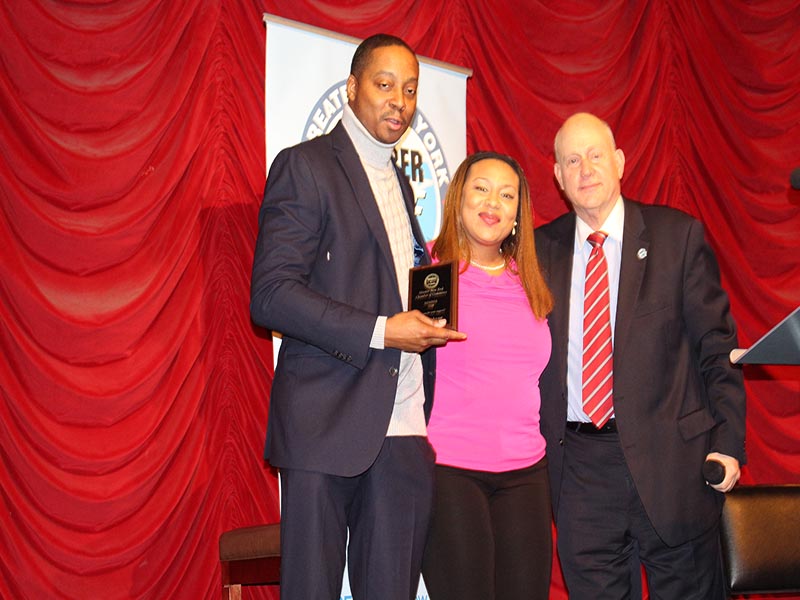 Nicky Sunshine and her Husband honored By Mark Jaffe

Live entertainment was by Comedy in Harlem, close to 100 people were in attendance and many more watching it virtually. 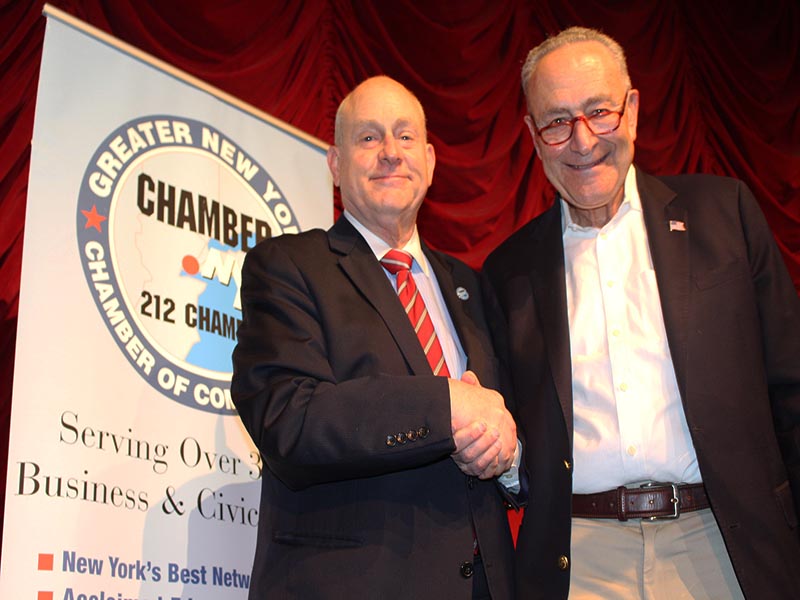