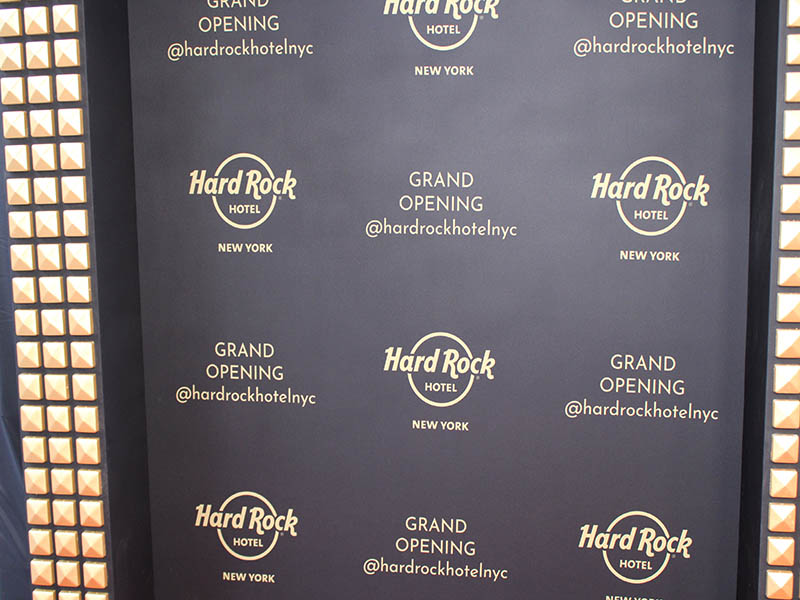 The energy of New York City was electric within Hard Rock Hotel New York, as the new hospitality and entertainment destination hosted an exclusive grand opening event, attended by some of the biggest names in music, film and nightlife. 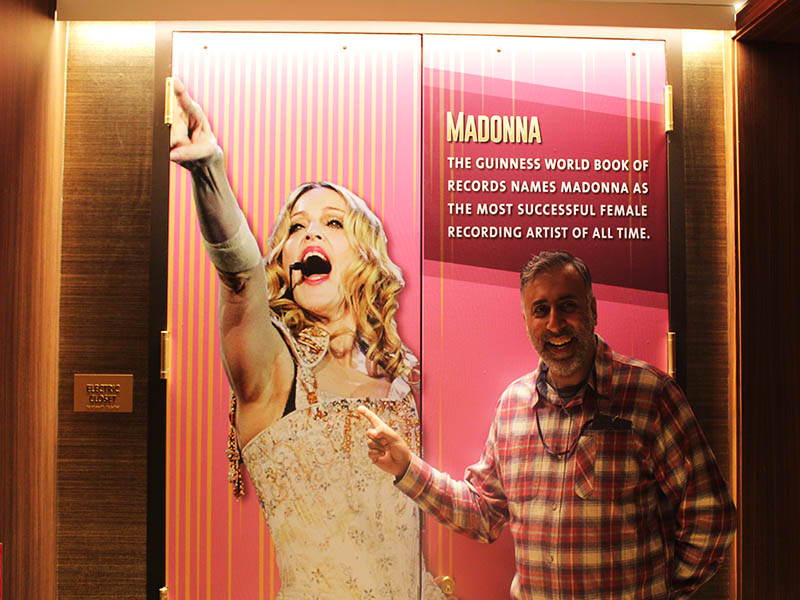 Dr Abbey with an Madonna Pic

World-renowned artists including John Legend and DJ Cassidy celebrated the hotel’s debut with intimate performances, while some of the most celebrated names in the entertainment industry graced the star-studded red carpet and enjoyed the launch of the brand’s newest hotel. 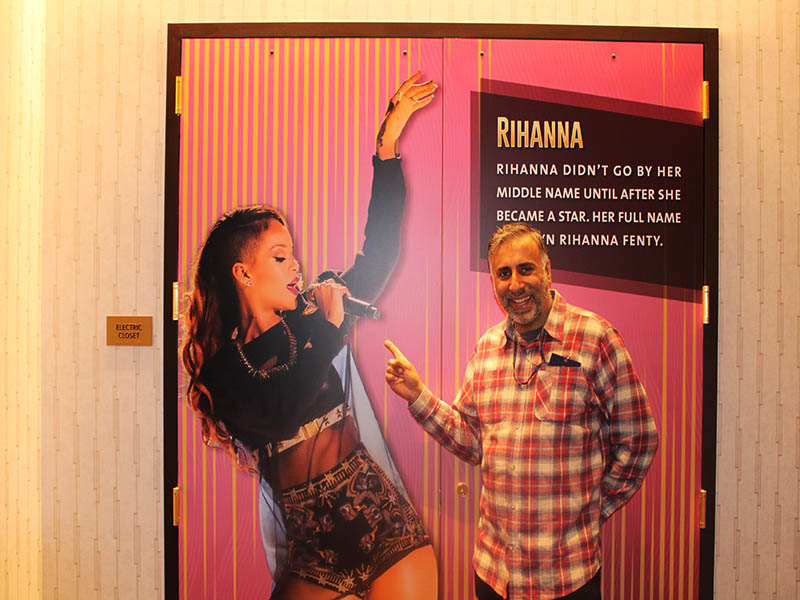 Dr Abbey with a pic of RIHANNA

Bustling with sensory experiences at every turn, each of the hotel’s distinct venues offered moments of discovery as attendees made their way throughout the property. Guests entered the upscale NYY Steak while art and entertainment were taken to show stopping heights at RT60 with Artist and DJ Alec Monopoly painting an auction piece. Sessions and the Rock Star Suite welcomed sets from Chantel Jeffries and DJ Coleman and all before the headlining performance. 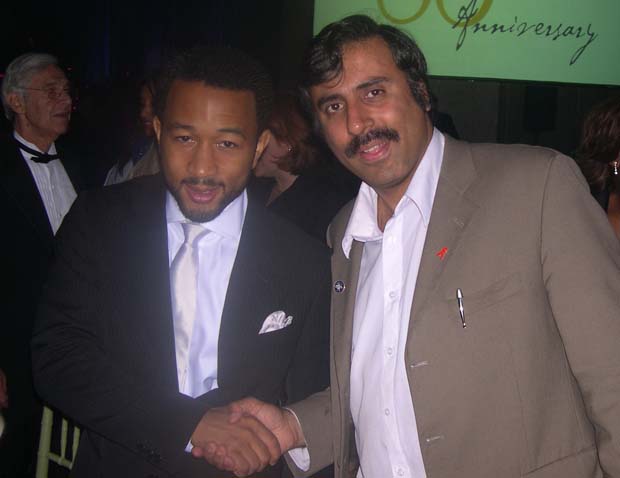 The marquee event and main show was hosted in The Venue on Music Row. The evening commenced with a traditional blessing of the Seminole Tribe of Florida given by S.R. Tommie, Seminole Tribe member and President of the largest Native American creative agency in the world, Redline Media Group. 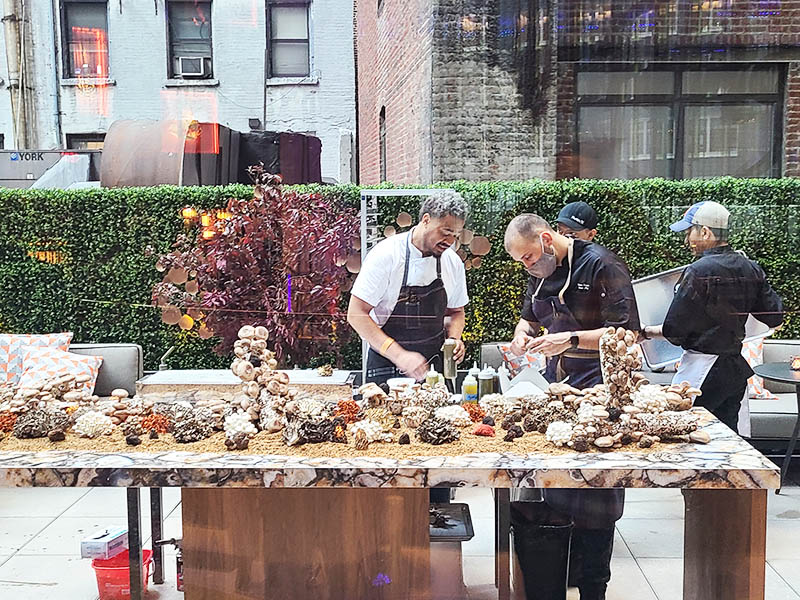 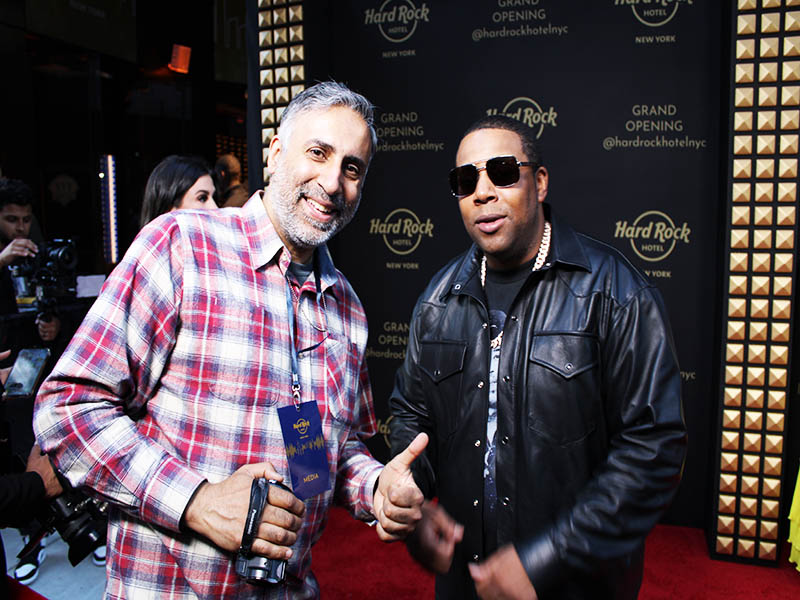 During the ceremonial guitar smash led by Chairman of Hard Rock International (HRI) and CEO of Seminole Gaming, Jim Allen, HRI pledged monetary donations of $100,000 each to South Asian Youth Action (SAYA) and YWCA of Queens. Social purpose is the life of Hard Rock, a company founded on the mottos – Love All-Serve All, Take Time To Be Kind, Save The Planet, and All Is One. 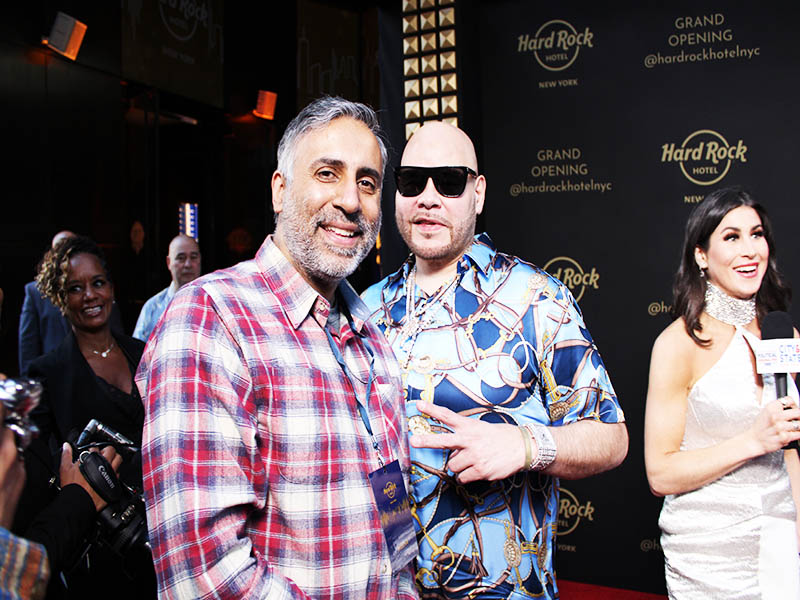 Hard Rock Hotel New York aims to further this mission at the property level, working to improve lives, help the community, sustain the earth and infuse the power of music along the way. 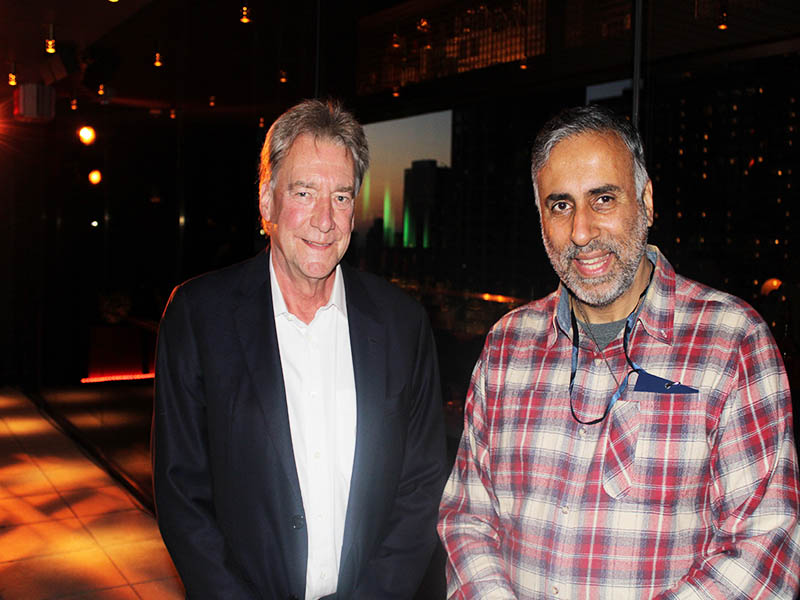 John Legend christened the stage of The Venue as the first of many headliners to perform in the intimate space. After John Legend set the stage, DJ Cassidy surprised guests with the New York debut of his viral phenomenon turned television series “Pass The Mic Live,” featuring three New York City Hip Hop icons, Nas, Busta Rhymes, and Fat Joe. 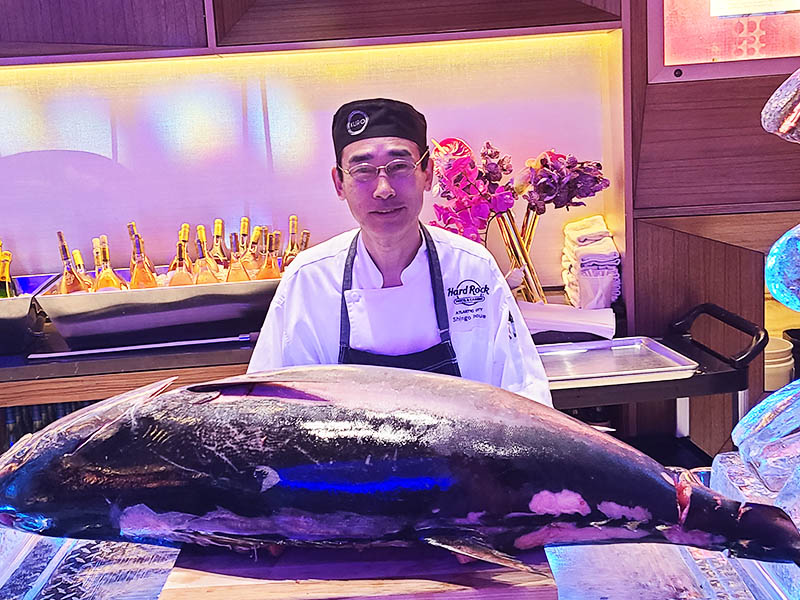 Wowing the crowd for nearly 90-minutes, the legendary recording artists took to the stage throughout Cassidy’s electrifying genre-bending set performing some of the most iconic Hip Hop records of all time including Nas’ “If I Ruled The World,” Busta Rhymes “Put Your Hands Where My Eyes Can See,” and Fat Joe’s “Lean Back.” 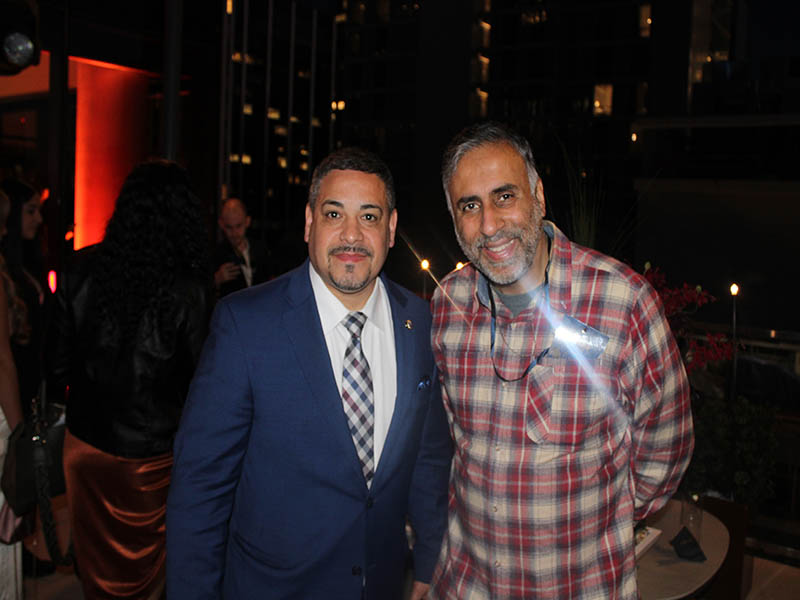 The party continued 34 floors above the skyline in RT60 rooftop bar and terrace as Charly Jordan, and Zack Bia played back to back into the early morning. 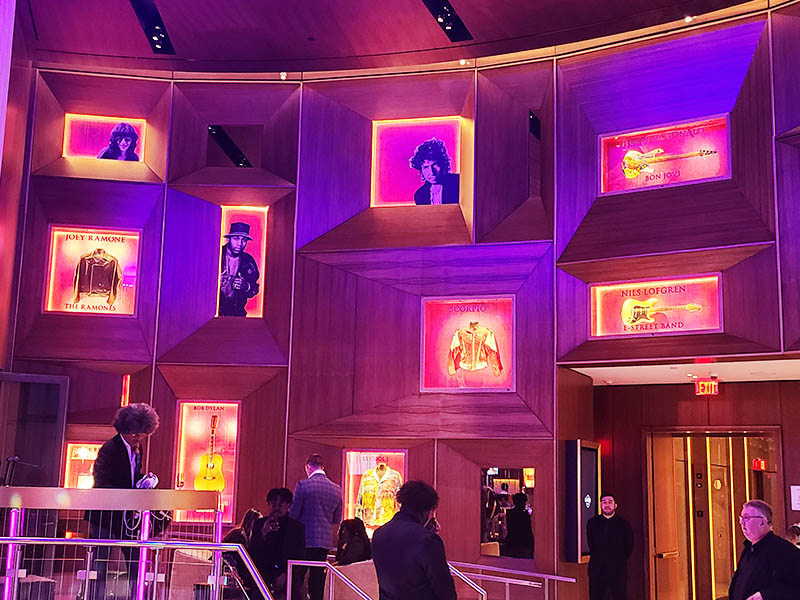 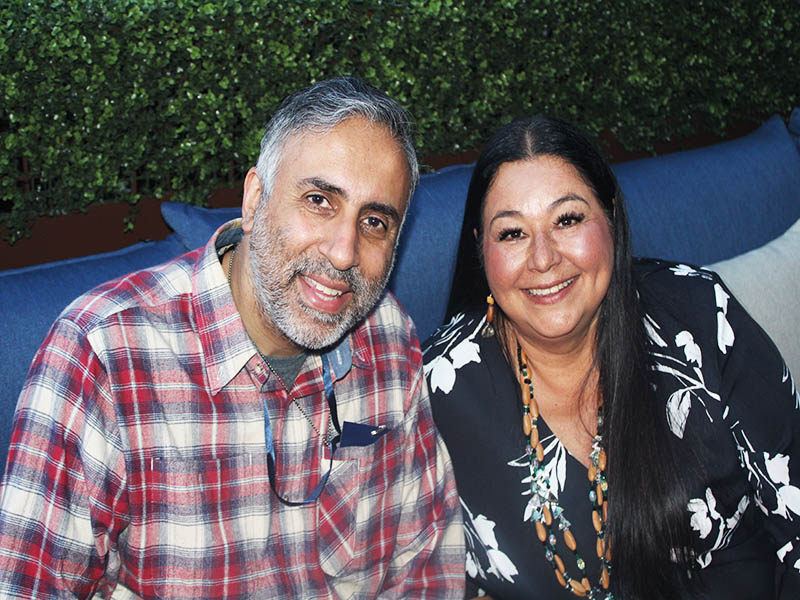 Beginning with an Eric Clapton guitar, Hard Rock owns the world’s largest and most valuable collection of authentic music memorabilia at more than 86,000 pieces, which are displayed at its locations around the globe. In 2021, Hard Rock was awarded the Top Employer in the Travel & Leisure, Gaming, and Entertainment Industry by Forbes, designated as a U.S. 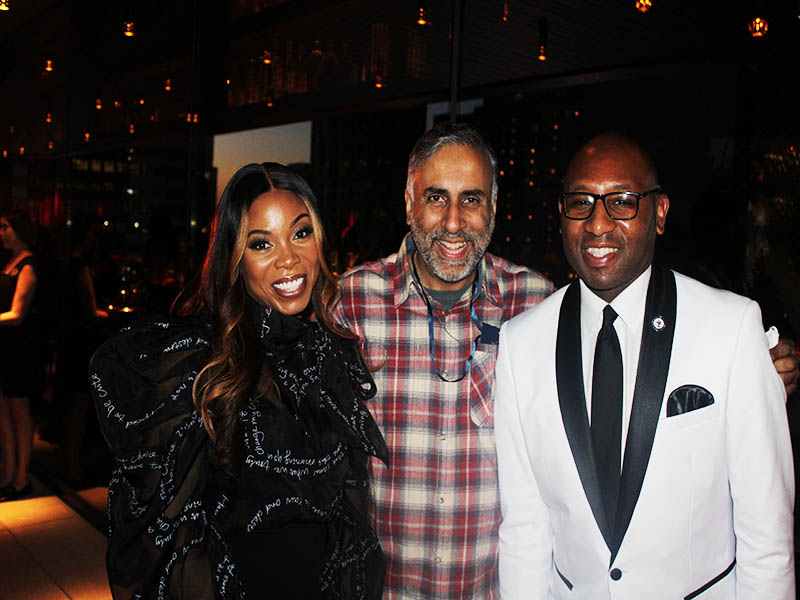 Dr Abbey with Donovan Richards QBP and his Wife Tameeka

Best Managed Company by Deloitte Private and The Wall Street Journal and named the top performing hotel brand in J.D. Power’s North America Hotel Guest Satisfaction Study for the third consecutive year. In 2020, Hard Rock was honored as one of Forbes Magazine’s Best Employers for Diversity and a Top Employer for Women. 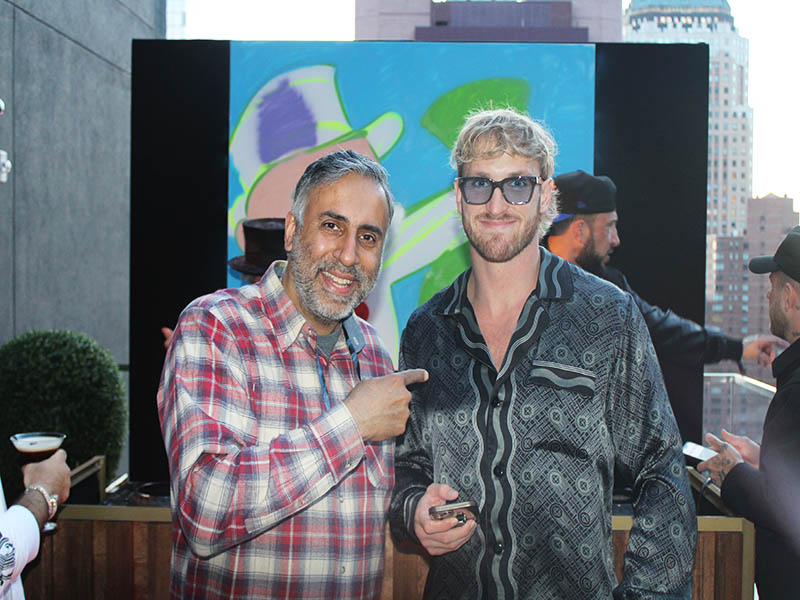 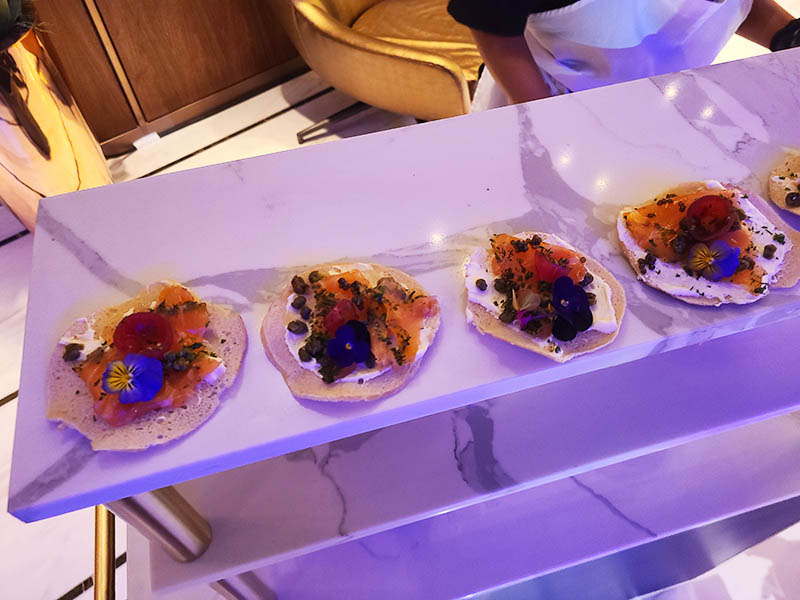 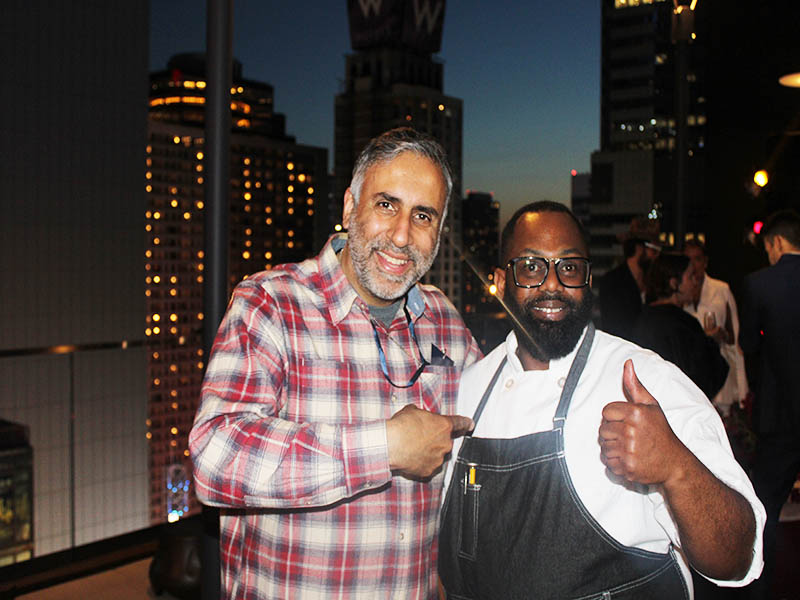