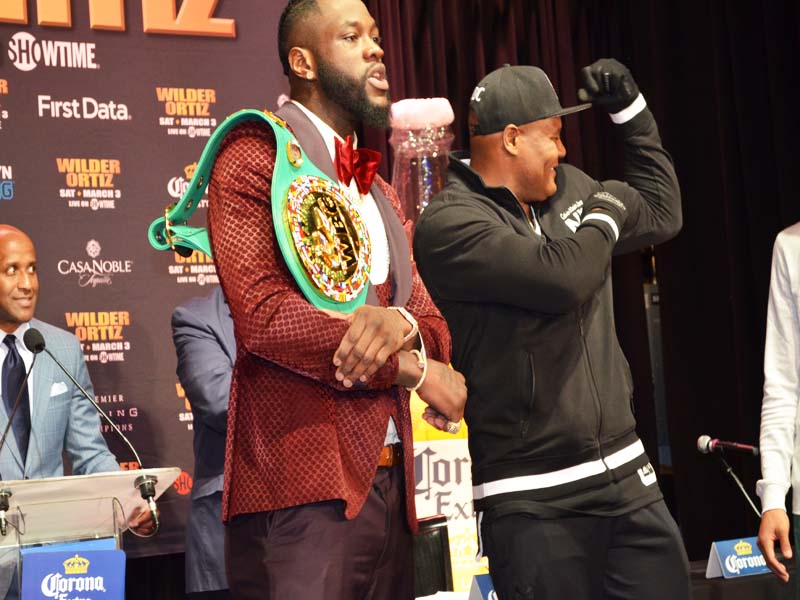 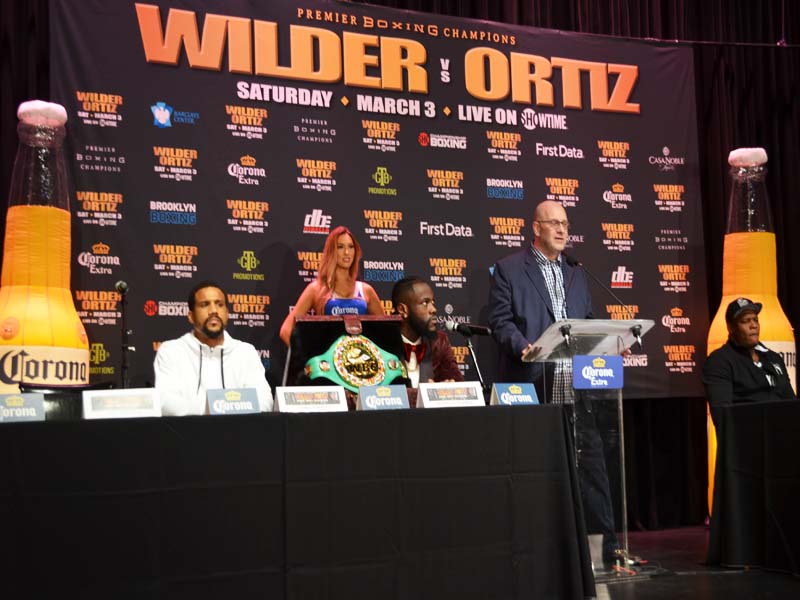 “We’re very excited to bring the heavyweight champion of the world, Deontay Wilder, back to Brooklyn for his seventh title defense and third appearance at Barclays Center, the home of BROOKLYN BOXING™,” said Lou DiBella, President of DiBella Entertainment. “This fight is happening because Deontay wanted to silence his critics by taking on the biggest challenge available. Deontay has an axe to grind with Ortiz and will swing it on March 3.” 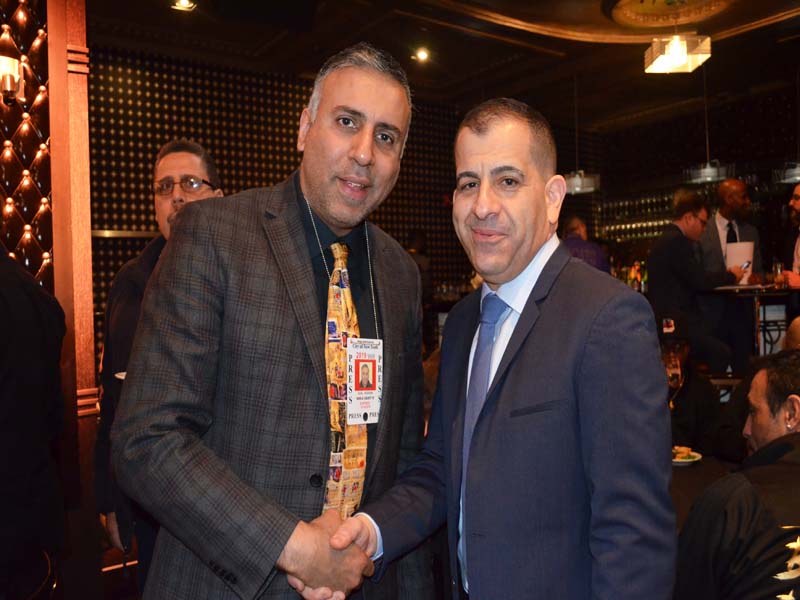 “Deontay Wilder and Luis Ortiz is one of the best fights that can be made in the heavyweight division and its’ what heavyweights are all about – power versus power,” said Tom Brown, President of TGB Promotions. “Everybody loves the knockout and that’s what Wilder and Ortiz specialize in. That makes this a can’t miss fight for the boxing fans.”

True heavyweights in every sense of the word, the 6-foot-7, 228-pound Wilder and the 6-foot-4, 240-pound Ortiz have 62 combined knockout victories. 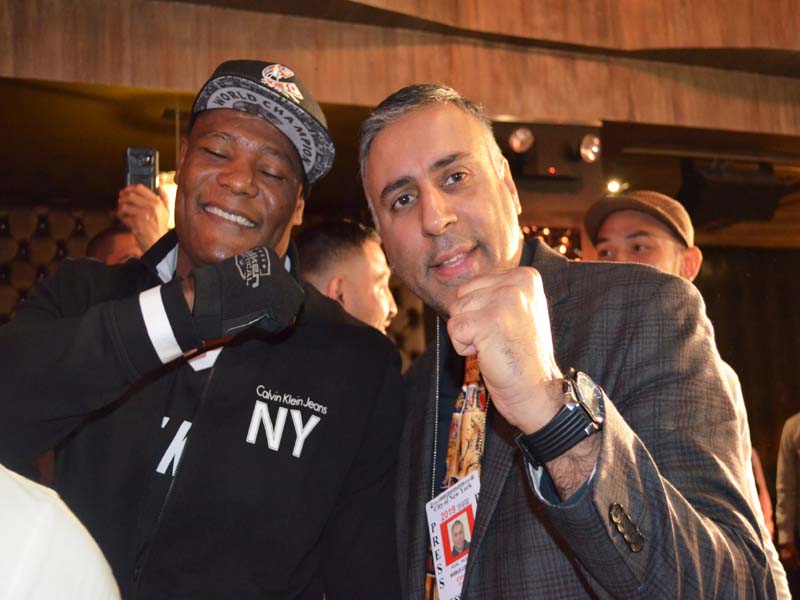 The 32-year-old Wilder (39-0, 38 KOs), the only reigning American heavyweight world champion, is a knockout artist with the power to end any fight in spectacular fashion. His only professional match that went the distance was the fight in which he won his world title with a dominant 12-round unanimous decision over Bermane Stiverne on Jan. 17, 2015 –the birthday of legendary heavyweight champion Muhammad Ali. The champion out of Tuscaloosa, Alabama added Stiverne to his list of knockout victims in his last fight with a devastating first round destruction in their rematch at Barclays Center on Nov. 4.

Wilder was originally supposed to fight Ortiz that night, but Ortiz was pulled from the match after he tested positive for a banned substance. Ortiz was later cleared after the WBC determined he had failed to list medication that he was taking on his pre-testing paperwork, which triggered the positive test. He was assessed a fine and allowed to resume boxing. 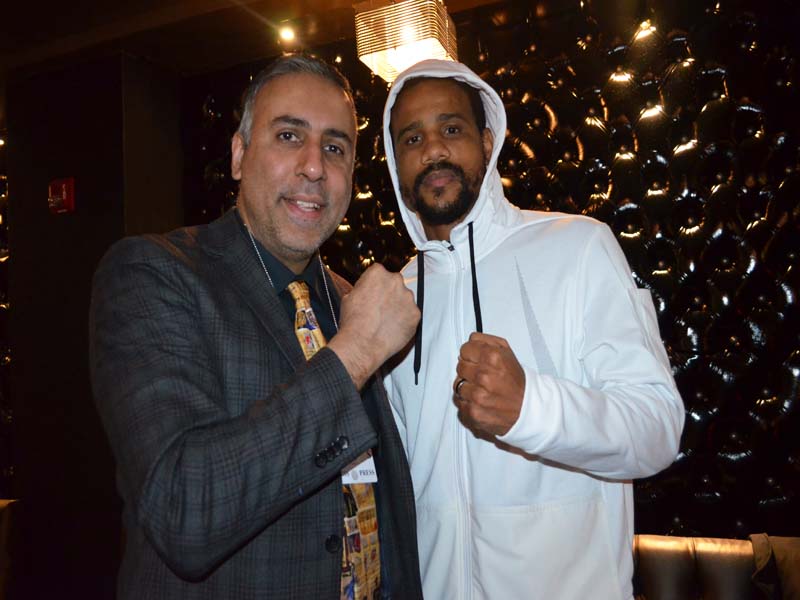 “I’m looking forward to returning to Barclays Center to defend my title for a seventh time,’’ Wilder said. “Luis Ortiz is one of the toughest guys around and he’s supposed to be the boogeyman in the heavyweight division. But I’ve never been afraid of the boogeyman and I’ve knocked out every opponent that I’ve faced. I plan on keeping that streak going. Everyone standing in my way of becoming the undisputed heavyweight champion has to go down. It’s Luis Ortiz’s turn.’’ 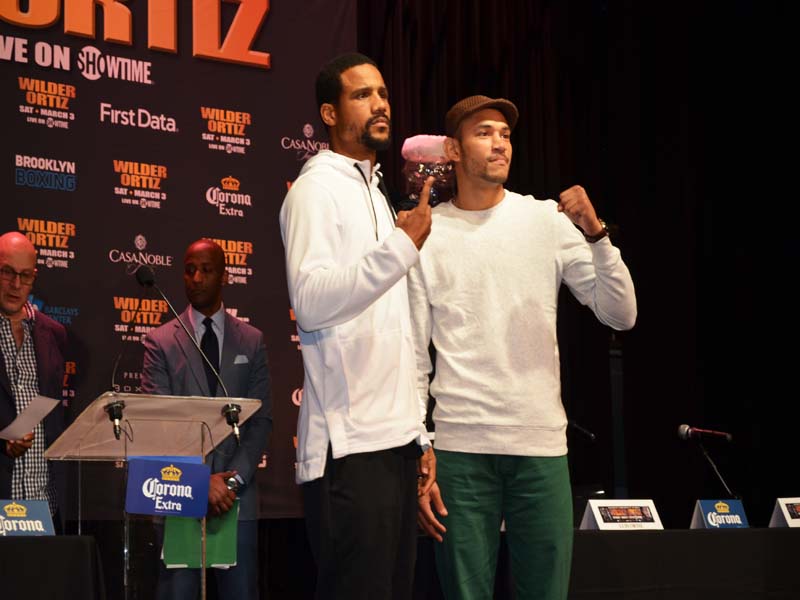 The 38-year-old Ortiz (28-0, 24 KOs), of Camaguey, Cuba by way of Miami, Fla., will make his Barclays Center debut when he meets Wilder for his first title shot. The hard-hitting southpaw turned pro seven years ago after defecting from Cuba and has since been steadily climbing the heavyweight ladder. He cemented his standing in the division with victories over veteran contenders Bryant Jennings, Tony Thompson and Malik Scott and is the No. 1-ranked contender by the WBC. In his most recent fight, Ortiz scored a devastating second-round knockout of Daniel Martz in Miami, Florida on Dec. 15.

If Ortiz wins, he will become the first Cuban born fighter to win a heavyweight world championship.

“This really is the best versus the best as far as the heavyweight division, and everyone who knows boxing knows that,’’ Ortiz said. “There’s been too much talking already. It’s time to fight. All I ask now is that the winner of this fight receives the respect from the other man, from the public, from the media and the fans that they deserve as the best heavyweight in the U.S.’’ 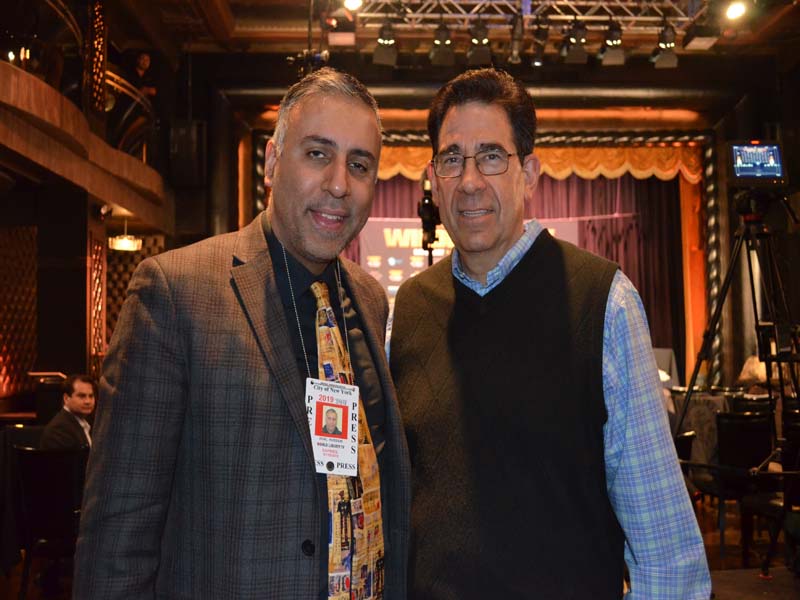 The hotly contested first match between Dirrell and Uzcategui, which was also for the IBF interim world title, ended in controversy after Uzcategui was disqualified for landing a punch after the bell sounded to end the eighth round.  Dirrell was dropped and knocked out by the punch. The referee ruled that the punch was intentional and disqualified Uzcategui. In the IBF mandated rematch, Dirrell and Uzcategui will look to put themselves in position to fight for the super middleweight title that Caleb Truax recently earned via a majority decision over James DeGale.

Dirrell (26-2, 16 KOs), a bronze medal winner for the 2004 U.S. Olympic boxing team, continues his quest for a world championship. The 34-year-old southpaw from Flint, Michigan lost a split decision to Carl Froch in his first attempt in 2009 and dropped a narrow unanimous decision to DeGale in his next attempt in 2015. 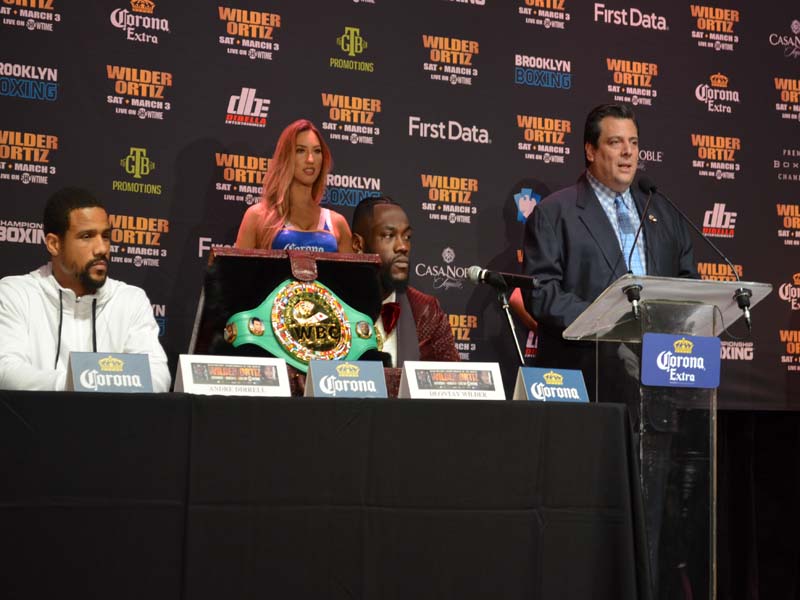 “I’m extremely excited to be a part of one of the most dynamic tripleheaders this year,’’ Dirrell said. “This time around I’ll be phenomenal and leave no doubt who the better fighter is. I’m 100 percent focused on dominating Uzcategui on March 3 and getting another shot at the title.’’

The 27-year-old Uzcategui (26-2, 22 KOs), who is from Venezuela and now lives in Tijuana, Mexico, worked his way up to the match against Dirrell with a string of four straight stoppage victories, including a stunning upset of Julian Jackson in 2015. Uzcategui dropped Jackson four times on the way to a second round technical knockout victory. 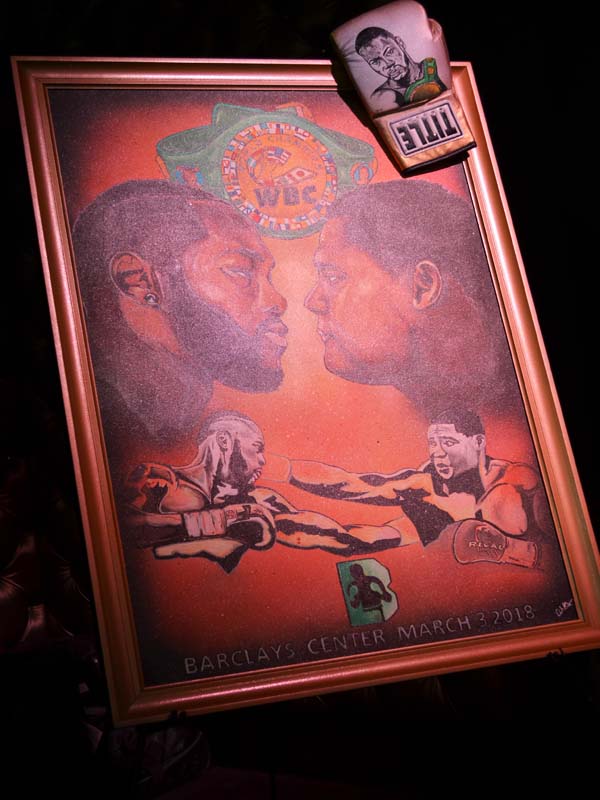 Wilder VS Ortiz art on Display

“I’m very excited to go get what’s mine,” said Uzcategui. “I feel I won the last fight. I didn’t feel I did anything wrong. What happened in the last fight is in the past. I’m going to get what belongs to me. The world will see what ‘Bolivita’ can do and they’ll want to see more of me.”

See more about Wilder VS Ortiz and Boxing in our World Liberty TV Boxing Channel by clicking here.