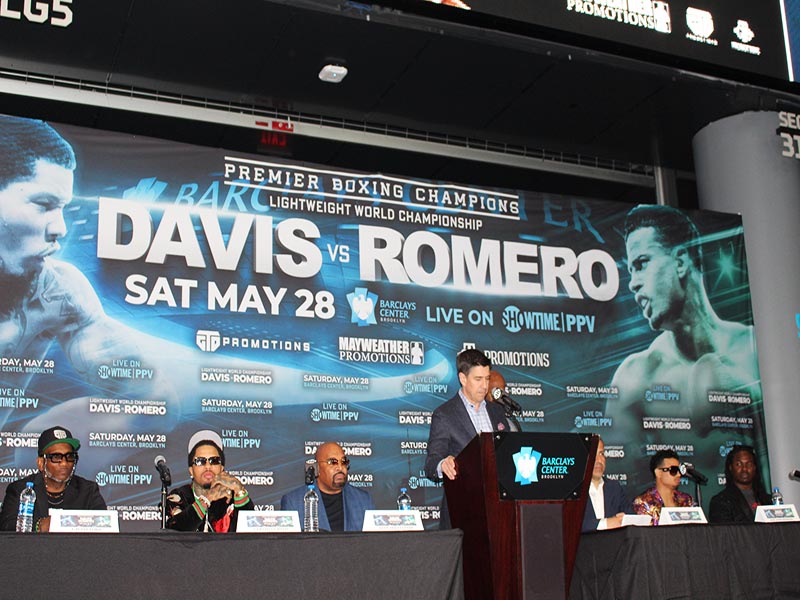 A three-division world champion, Davis returns to Barclays Center where he delivered a star-making performance in 2017 as he thrilled the Brooklyn crowd by stopping Jose Pedraza to capture his first world title. The 27-year-old also owns a 2018 TKO win over Jesus Cuellar at Barclays Center that earned Davis his second world title. Now, in his third appearance at the venue, Davis will headline in Brooklyn for the first time. 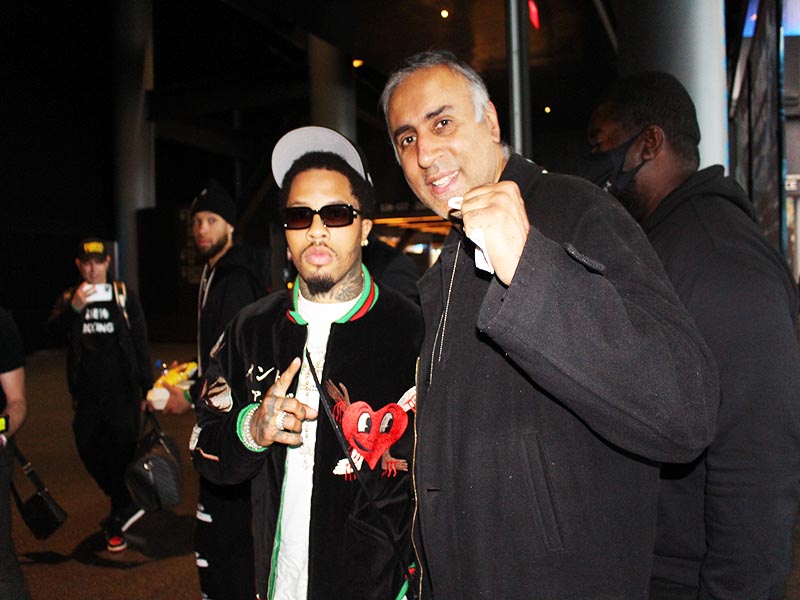 Tickets for the live event, which is promoted by Mayweather Promotions, GTD Promotions and TGB Promotions, are on sale now and can be purchased through seatgeek.com and barclayscenter.com. Tickets will also be available for purchase at the American Express Box Office at Barclays Center beginning today at 12 p.m. ET. 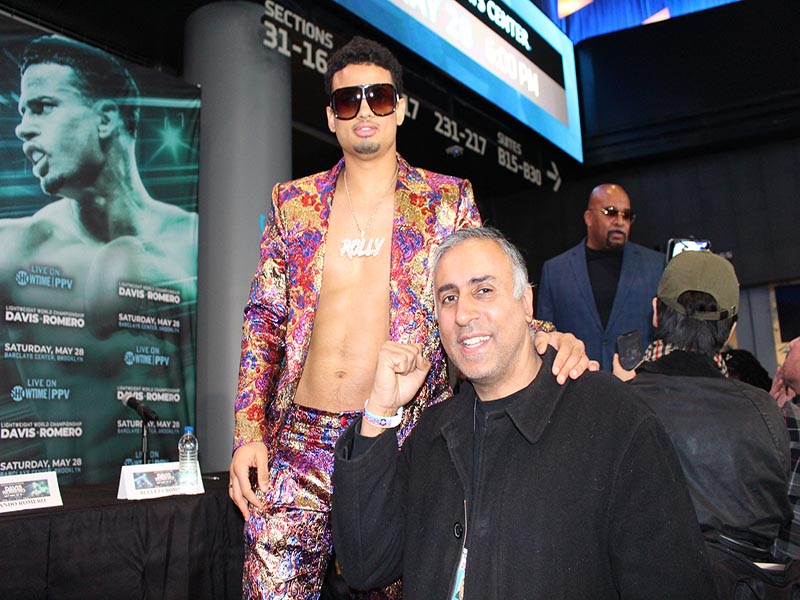 “We’re bringing a monster event to Barclays Center on May 28,” said Leonard Ellerbe, CEO of Mayweather Promotions. “This is definitely one that you don’t want to miss. ‘Tank’ and ‘Rolly’ have some unfinished business and it’s finally going to be settled. Neither one of them believe that the fight is going the distance, and to be frank, I don’t either. Don’t wait to get your tickets. See you in Brooklyn on May 28.” 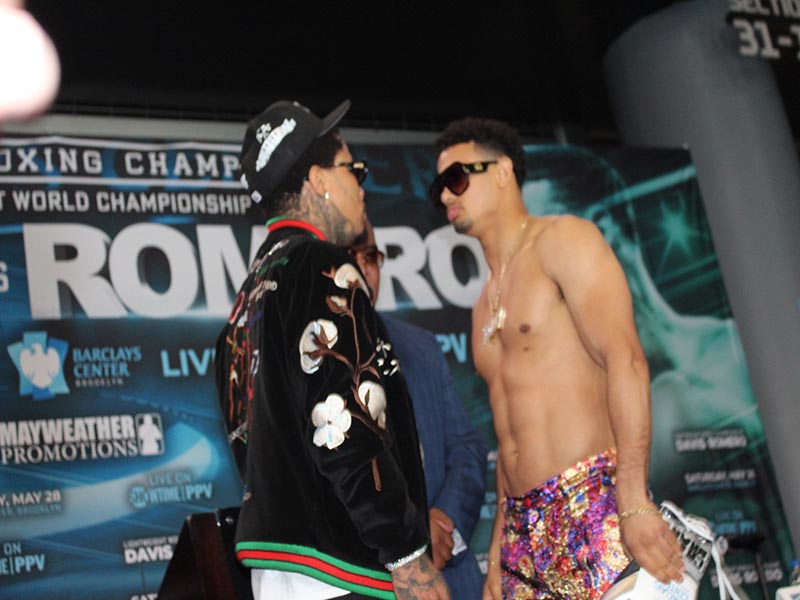 “SHOWTIME® is thrilled to return to the Barclays Center with the next chapter of Gervonta Davis’ storied career after he first announced himself with a title-winning effort at the Brooklyn arena in 2017,” said Stephen Espinoza, President, Sports & Event Programming, Showtime Networks Inc. “The Barclays Center doesn’t just conjure up fond memories for Gervonta, it’s also a special place for SHOWTIME, which broadcast the first ever boxing event there in 2012 and will return for the 22nd time with a bang on May 28. There’s no love-lost between Davis and Romero in this matchup, and I’d be surprised if this fight didn’t end in a knockout. It should be electric for as long as it lasts.” 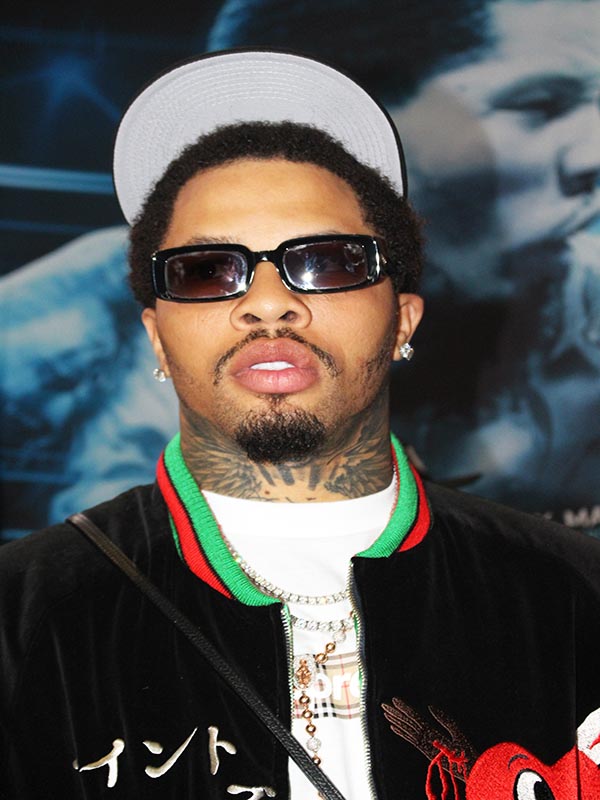 “BROOKLYN BOXING is ready for another big night of fights and we are looking forward to hosting Davis and Romero as they compete for the WBA World Lightweight Title,” said John Abbamondi, CEO of BSE Global, parent company of Barclays Center and the Brooklyn Nets. “We are thrilled to be a part of bringing this matchup to life and to once again work alongside our partners at PBC, Mayweather Promotions, GTD Promotions, TGB Promotions, and SHOWTIME, who all share the same vision and dedication to continuing the legacy of world-class boxing in our borough.” 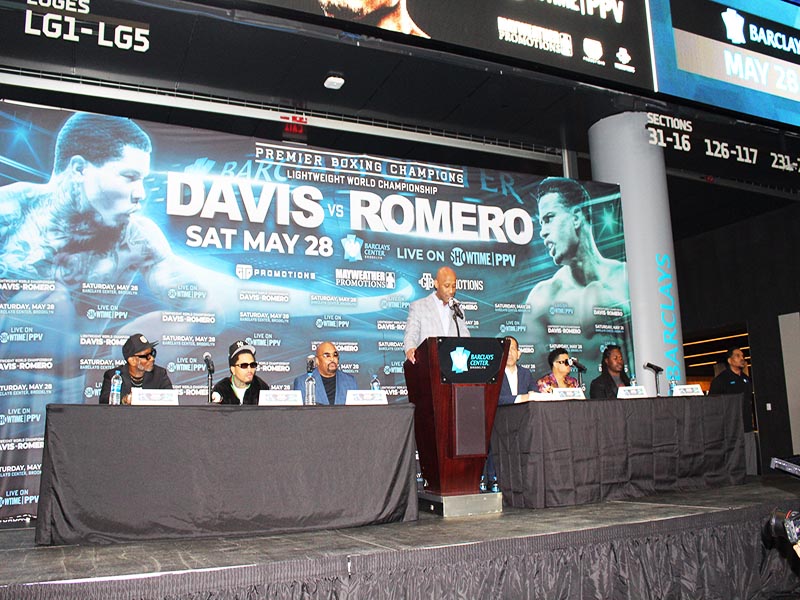 Davis (26-0, 24 KOs), star of the Mayweather Promotions stable, added another highlight filled year to his resume in 2021, topping two SHOWTIME PPV events. In June he stopped previously unbeaten Mario Barrios to capture a 140-pound title and become a three-division world champion before turning away top lightweight contender Isaac Cruz in a successful December 5 title defense. In October 2020, Davis scored an emphatic knockout over Leo Santa Cruz, making him the first person to ever drop the four-division champion. Davis has asserted himself as a must-see headline attraction, selling out venues in Los Angeles, Atlanta and Baltimore, ever since bursting onto the scene with that explosive knockout victory over Pedraza. The Baltimore-native captured his lightweight championship with a 12th-round knockout of former champion Yuriorkis Gamboa in December 2019. 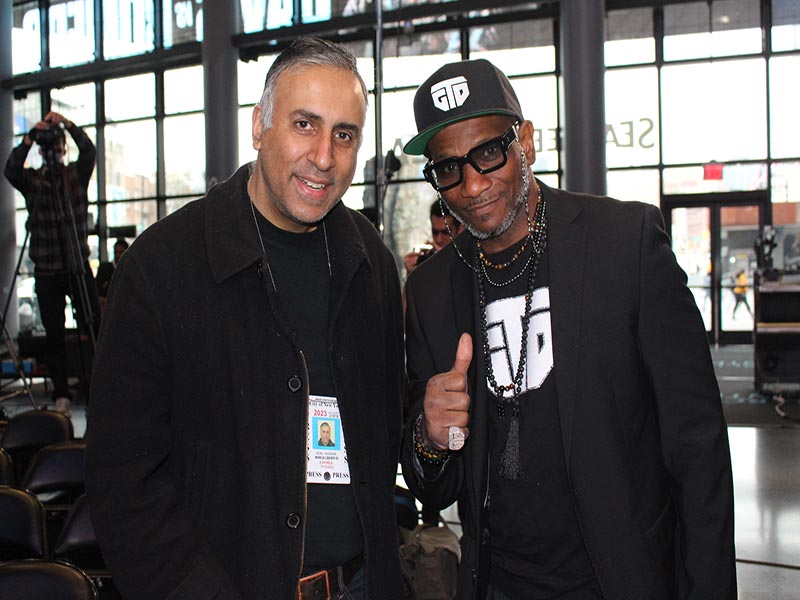 “I’m excited and looking forward to fighting again in Brooklyn,” said Davis, who will be making his 12th appearance on SHOWTIME and fourth headlining on SHOWTIME PPV. “I have unfinished business with ‘Rolly’ and still plan on punishing him for as long as the fight lasts. Make sure you grab your tickets as soon as they go on sale or buy the SHOWTIME PPV if you’re not going to be able to make it. I’m going to be ready to put on a show on May 28 in front of all the great boxing fans at Barclays Center and around the world!” 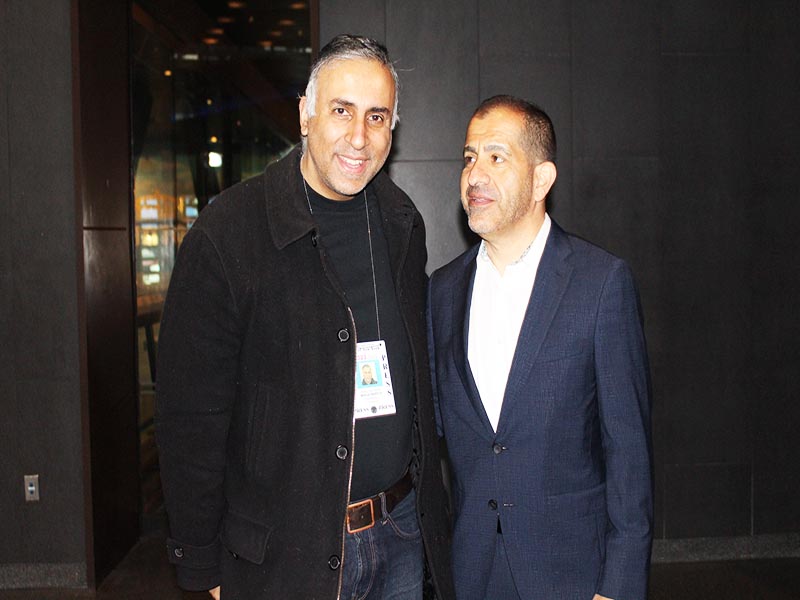 Also a member of the Mayweather Promotions stable, Romero (14-0, 12 KOs) backs up his brash talk with power in both hands and an exciting and unique style that makes him must-see whenever he steps into the ring. Romero won an interim title in August 2020 by earning a close but unanimous decision over then unbeaten Jackson Marinez. The 26-year-old followed that victory up with a pair of impressive knockout triumphs in his last two fights. He dominated slick contender Avery Sparrow on his way to a seventh-round stoppage in January 2021, before most recently dropping former title challenger Anthony Yigit three times on his way to another seventh-round stoppage in July 2021. Fighting out of Las Vegas, the undefeated Romero began his pro career with knockouts in 10 of his first 11 fights. 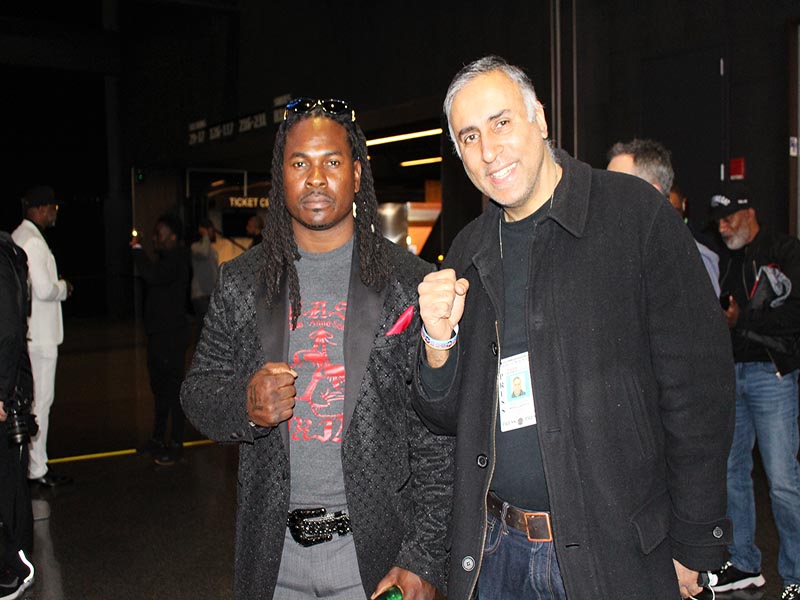 “I’m actually more excited about this fight than the first time around,” said Romero. “I was unsatisfied with the events that led to the fight not happening, so I’m happy we’re here. I appreciate everything Leonard and Floyd Mayweather have done for my career development. I let them do what they do and here we are. I’m the mandatory, so I knew the fight was going to happen. Now, let’s settle this May 28. I’ve been in the gym this entire time because I don’t get fat like other fighters. Let’s face it, I’m the best-looking boxer inside and outside the ring, the fans want this fight. The boxer formerly known as ‘Rolly’ is here to stay!” 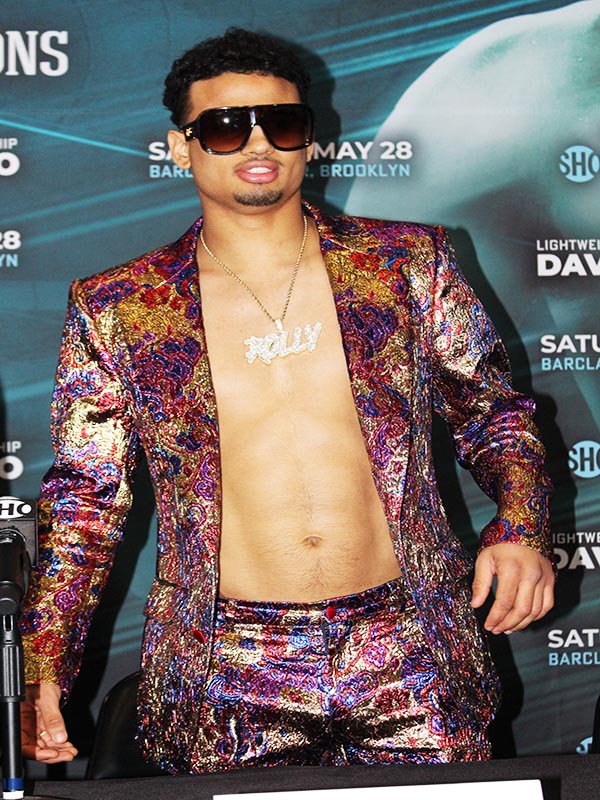 The first boxing event ever held at Barclays Center was a SHOWTIME CHAMPIONSHIP BOXING® headlined by Danny Garcia’s fourth-round knockout of future Hall of Famer Erik Morales in their rematch on October 20, 2012. Garcia was also involved in the last SHOWTIME telecast at the Brooklyn arena when he decisioned Ivan Redkach on January 25, 2020. Davis vs. Romero represents the network’s 22nd airing from Barclays Center and the 40th pro boxing show there since the arena opened. 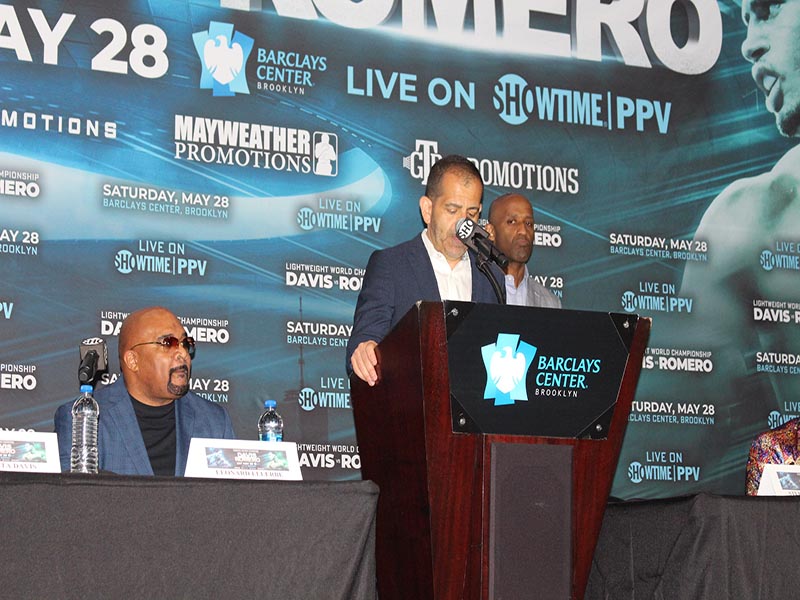