Mission: MCN’s mission is to use civic education and leadership development to shape the public narrative about what it means to be Muslim in the United States of America. 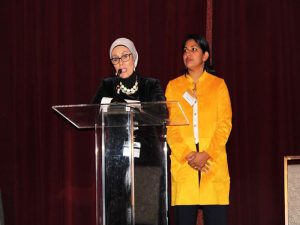 Since 9/11, Muslims have been in the public eye. However, who we are and the reality of our lived experiences are often at odds with how we’re seen.

As the Muslim Community Network we aim to accurately shape the public narrative of what it means to be #MuslimByMuslims. We do this through diversity education on our faith and community, building partnerships for peace across all faiths, and facilitating the civic leadership of our community. 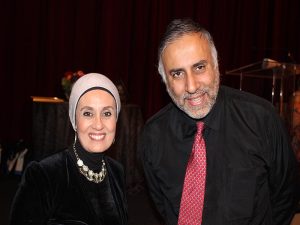 Founded in 2003, our roots are local – we are NYC’s go to civil-society nonprofit engaged in interfaith and civic-education work – and our reach is global, as we aim to help achieve the United Nations’ Sustainable Development Goal 16 to promote just, peaceful, and inclusive societies. 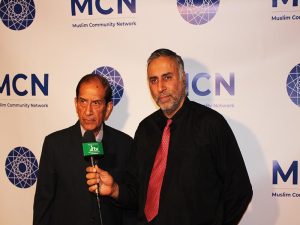 Vision: MCN’s vision is to help facilitate the emergence of a Muslim-American identity that transcends generational, ethnic, gender, racial, and class-based boundaries while building bridges with other communities of faith to build peaceful, just, and inclusive communities.

We hope to achieve this through programs and initiatives focusing on Civic Education & Advocacy, Leadership Development, and Diversity Education. 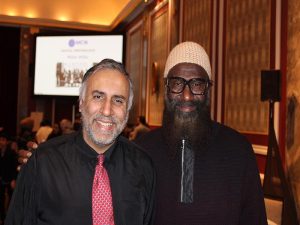 Dr Abbey with Imam Kabba From Gambia in the Bronx

Education and Advocacy:  Education to deepen understanding of Muslims, and advocacy of our needs to build inclusive communities. 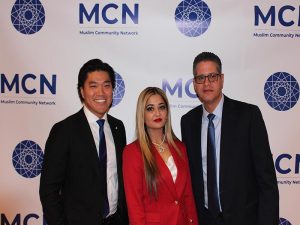 Diversity Education, what is Islam? Who are Muslims in America? We shed light on these and other questions about our faith and community through diversity education workshops in schools, agencies, and companies in New York City and around the world. 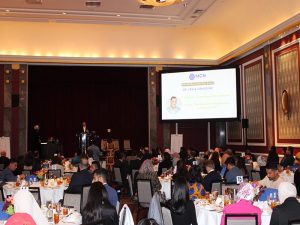 Our workshops aim to: inform and equip educators, parents, public officials, and students with the tools and resources to address the needs of the Muslim community, help break stereotypes and discrimination against Muslims, facilitate community building between sects, racial, and ethnic groups, such as through our Sunni – Shia dialogues. 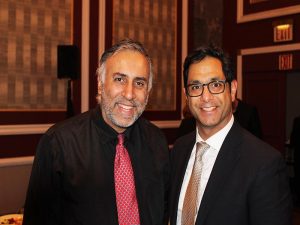 Increase awareness of Muslims such as through community education workshops on the role of African American Muslims in the history of the United States, and thus foster a better understanding of the unique mosaic that is our society.

Our workshops include: Understanding Islam and the Muslim American Experience Inclusive Learning: Your Muslim American Students Muslim Contributions to American History, and more. 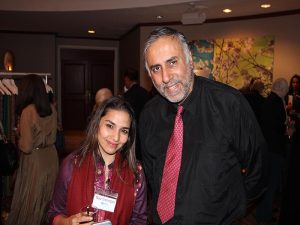 Civic Education: How do we deal with the specific issues Muslims face today? Our Civic Education trainings equip the Muslim community with the resources and tools to actively take part in civil-society, including: voter education, civic advocacy, self-defense workshops; arts & culture programming. 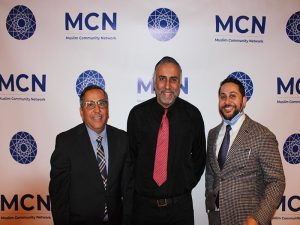 We also advocate on behalf of our community on issues ranging from ending family separation, ending the Muslim travel ban, making city institutions more inclusive for Muslim Americans, and more.

Our current campaigns include: #MuslimVotesMatter2020: We are proud to be part of a national campaign by Emgage USA to help us get to 1 million Muslim votes this election season! We are helping to get out the vote with voter education materials for our communities to ensure that our votes count! 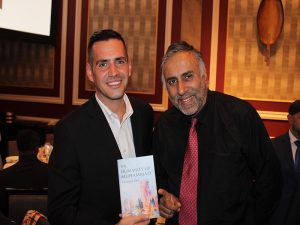 #MuslimsCount2020: We are the only citywide organization representing the Muslim community, and helping Muslims enroll in the 2020 Census. We identify hard-to-reach census tracts and develop relationships with local mosques and schools in these neighborhoods; design and host Census educational workshops; and deliver Census pop-ups at mosques during Friday prayers for congregants to fill out. Reporting Hate Crimes: Working with the NYC Office of the Prevention of Hate Crimes we survey the Muslim community about hate incidents, and educate them about how to report such crimes. 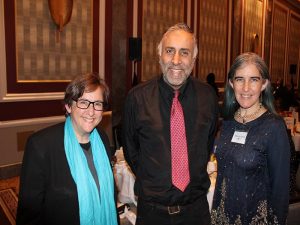 Past campaigns include: Served as one of the founding members of the Muslim Holidays campaign, which successfully added the two Eid holidays to the public school calendar in 2016.  Introduced a pilot project, in coalition with other organizations, that was funded at $1million by NYC City Council to introduce Halal/Kosher lunch in public schools in 2019. 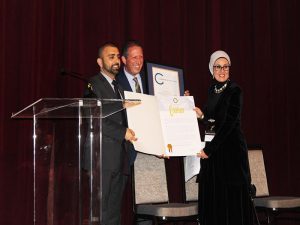 Interfaith Partnerships for Peacebuilding: We are NYC’s go to civil-society nonprofit engaged in interfaith bridge building for peace. 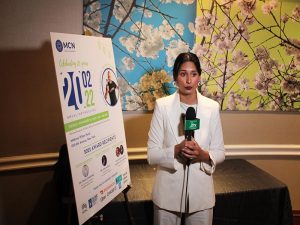 In 2018, the UN refugee agency (UNHCR) recorded the highest level of conflict in almost 70 years. The world is seeing a resurgence in suppression of populations based on their ethnicity and faith from the Rohingya to Uyghur communities and other religious minorities. Interfaith partnerships can help achieve peace, reduce conflict, and promote a just, inclusive society as stated in the UN Sustainable Development Goal 16. Our interfaith work aims to gather people of all faiths to work together on leadership and community building activities. 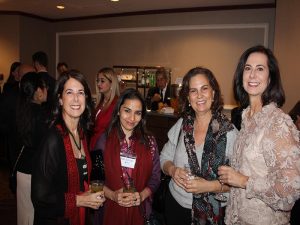 With partners across faith, we: hold scriptural reasoning sessions to deepen the understanding of each other’s holy texts build and participate in interfaith coalitions around issues of racial and economic justice, and develop interfaith programs for youth and adults that spark meaningful exchange with members of other faiths. If you would like to learn more about our interfaith work and how you or your organization can partner with us, then please contact Kujegi Camara. Our 2019 Emerging Peacemakers brought together NYC Muslim youth and youth from All Angels Church in Cumbria, UK as a way to build understanding and solidarity. 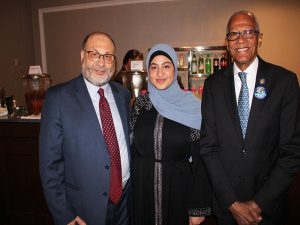 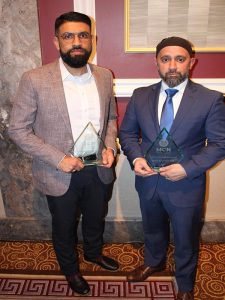 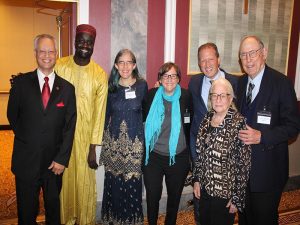 The 20th Anniversary gala welcome reception started off with a networking reception and a red carpet reception. Program opened up with an 20th Anniversary video presentation. Master of Ceremonies was Omar Regan a comedian, who cracked jokes all night making everyone laugh. Remarks by Aniqa Nawabi, executive director, who went on to say, she was very honored to do an live gala, this year and see people come back and support the cause. Dr Debbie Almonaster , chair of the board and one of the original co-founders of the organization alongside Robina Niaz, Aisha al-Adawiya and Adem Carroll. 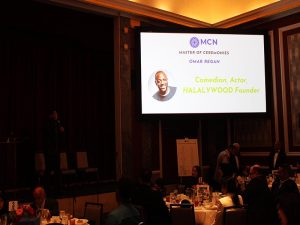 Dr Almonaster, went on to say, I want to thank the audience for attending today, but we need to move to the next level, we need to raise necessary funds for the Capital Campaign launch for Community center, where all these projects can be housed in one place. She went on to say if each person can pay for one brick at an time we can get this project done. A lot of people in the audience were very excited with this idea, who will be contributing and asking their friends and neighbors also to contribute to this worthy cause. 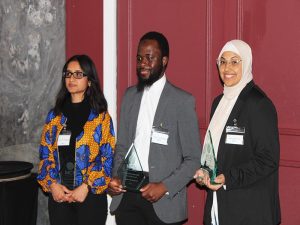 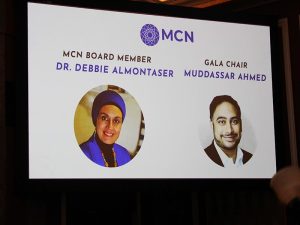 Live performance was by African group, Wuza-Wuza. Honored guests in attendance included many leaders from the Jewish Communities, Christian and many more communities in attendance supporting this wonderful cause. 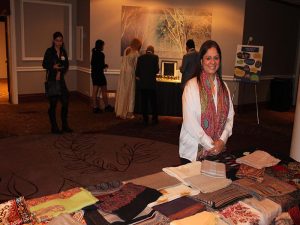 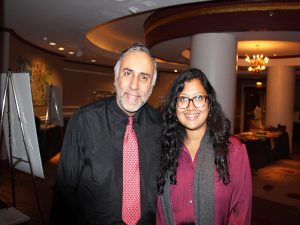 Close to 250 people were in attendance supporting the Muslim Community Networks 20th Annual Gala -2022, to support and donate to the Capital Campaign Launch for Community Center. Click here for more information.