If you’ve ever wanted to compete on RuPaul’s Drag Race, this might be your next best chance. This year, DragCon will host a “Cosplay for Your Life” competition. Attendees are invited to strut their stuff for a chance to win a $2,500 grand prize. 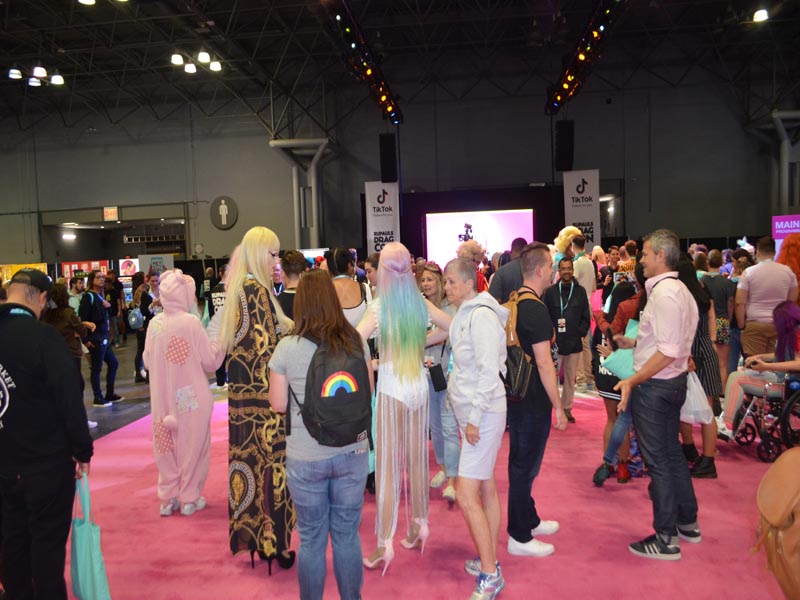 Contestants can either register online or on the day of the convention. Unlike Drag Race’s charisma, uniqueness, nerve, and talent, the criteria for this competition include construction, materials, design, and originality.

Finalists are crowned on the DragCon Main Stage at 4:45 PM on Saturday, September 7, 2019. There are plenty of other events and activities scattered throughout the day that allow for fan participation. 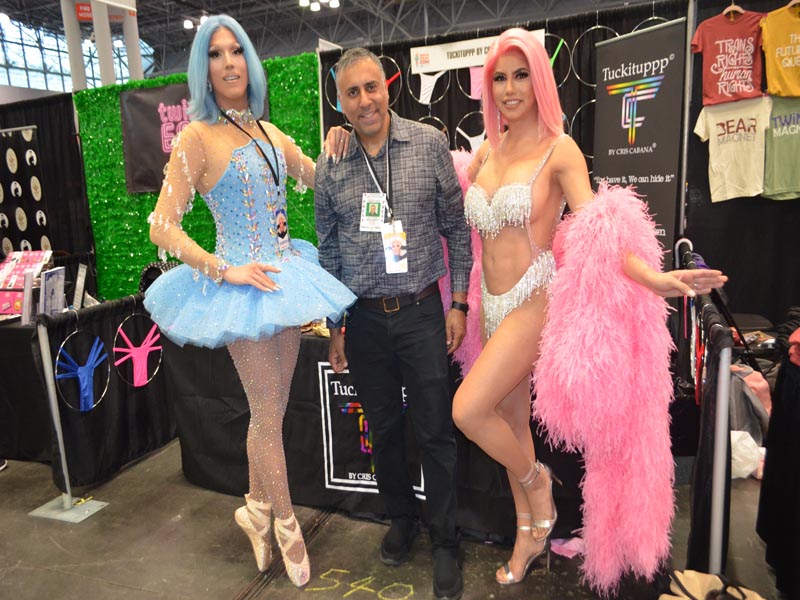 If you’re not into cosplay and dressing up, there are plenty of panels for attendees to enjoy. That includes a live filming of Trixie Mattel and Katya’s YouTube series, UNHhhh, a Sunday service, and RuPaul talking to Whoopi Goldberg.

The panels on Friday, however, are only available to those who purchase tickets to all three days of the convention. 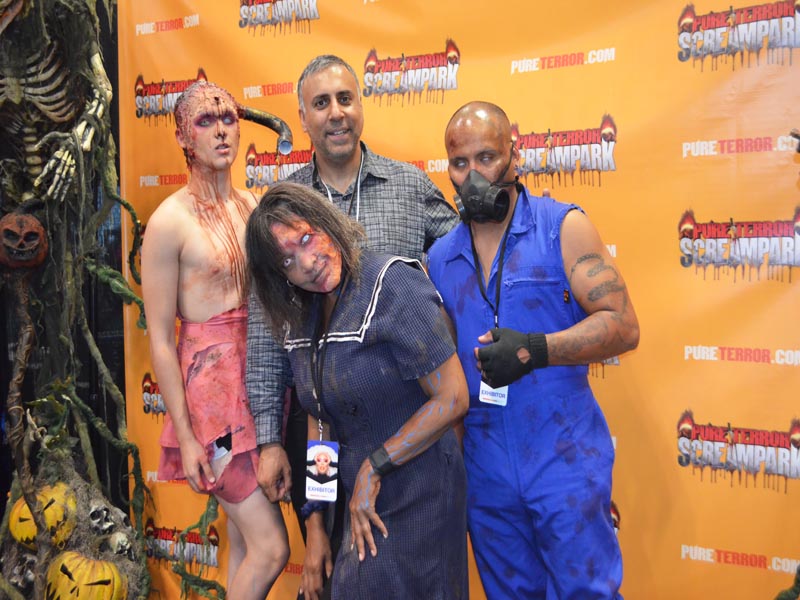 For those who want to meet former Drag Race contestants, a few drag artists only ask attendees to purchase some of their merchandise to meet them. 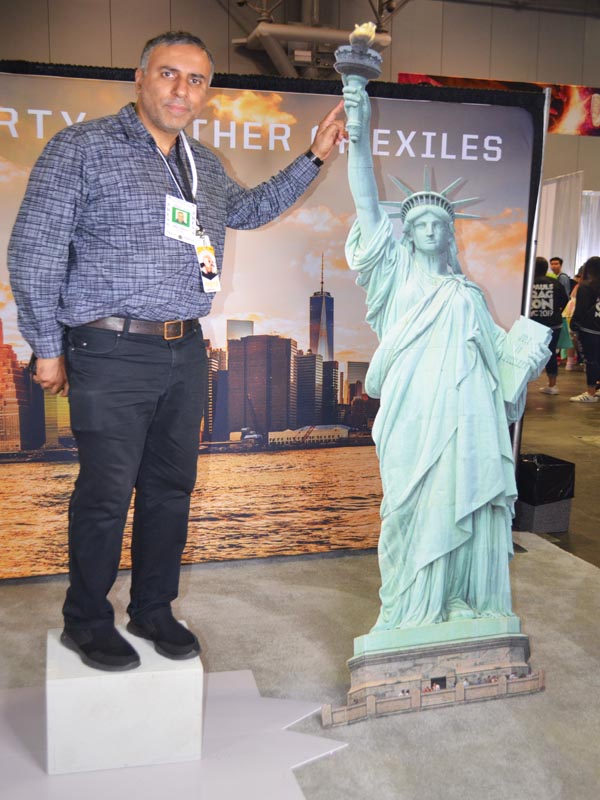 To get the most bang for your buck, get there as early as you can and visit as many booths as possible. Obviously, that’s not entirely realistic (or recommended for everyone), so here’s the basic what-to-know about the weekend.

Panels are some of the most exciting parts of DragCon. This is where you can hear some of your favorite drag queens chime in on a variety of topics, with everything from Broadway to fashion to political activism. 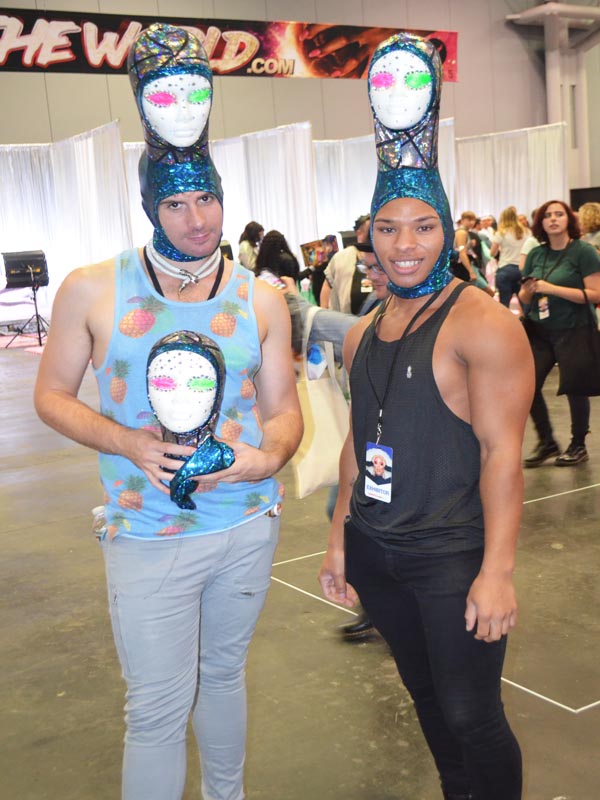 One of many Vendors

They’re also the perfect way to get off your feet for a bit and hear some candid conversations between panel speakers. You’ll likely learn some new things, whether it’s a backstage moment during Drag Race or a new makeup tip.

If you are trying to go to a certain panel that’s likely to have a lot of people wanting to get in, I would recommend getting there as early in the day as possible. 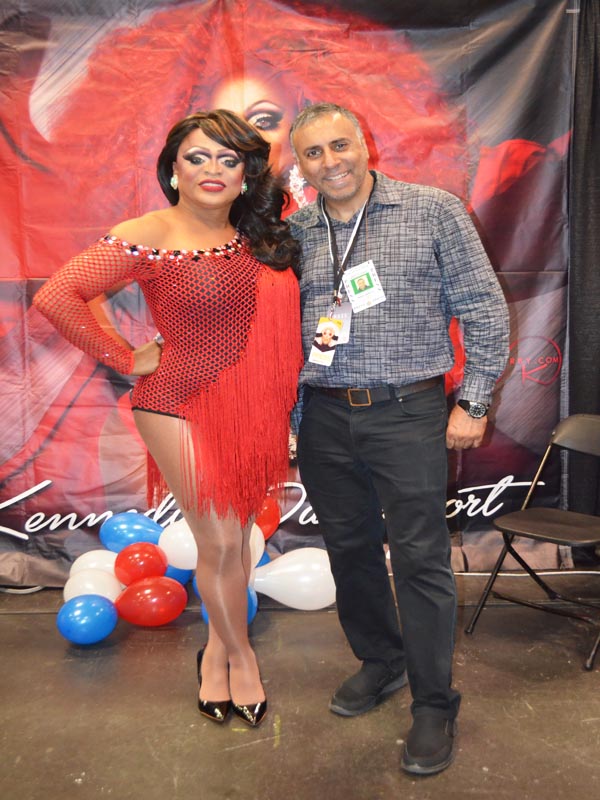 Every room has a maximum capacity, so it is possible that you won’t be able to get into some of the more popular panels if there’s a bunch of attendees interested. If the lines are anything like last year, there will be people camping in certain lines all day. 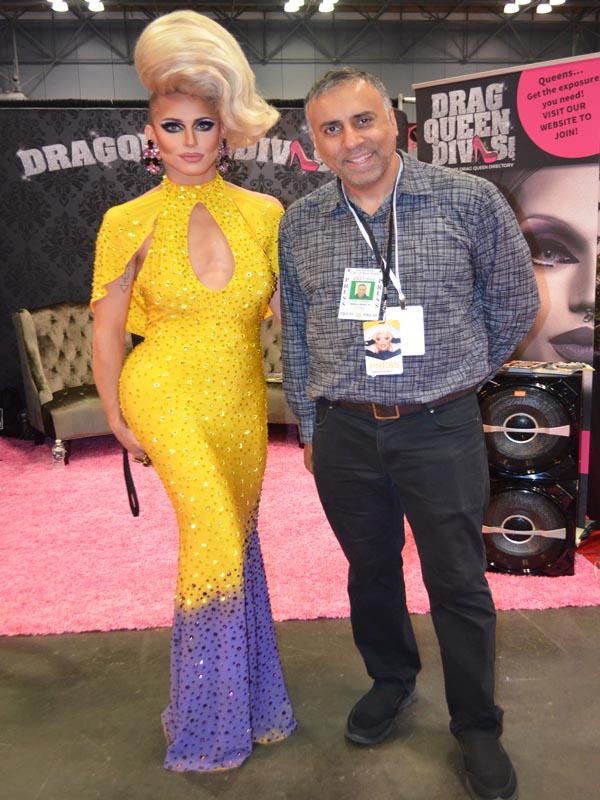 Dr Abbey with one of the Real Drag Queen Divas

Feel free to dress up! This is DragCon, so, obviously, this is your moment to come in full drag (or just a wig) if you have ever thought about it — just remember that comfortable shoes are a prime option since you will be standing and walking around all day, so, baby queens, be weary of trying out some six-inch heels. 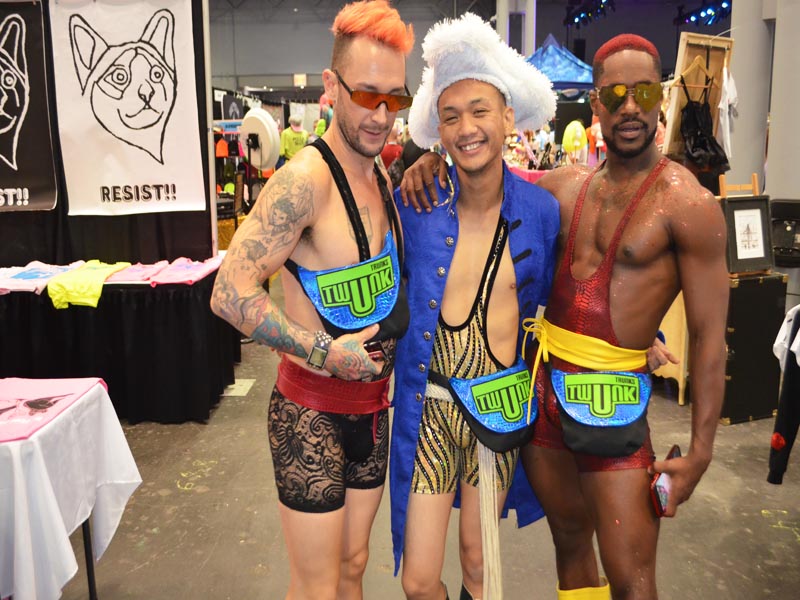 Besides standard drag, last year there were also exceptional costumes of different RuGirls or glammed-up monsters. Halloween will be in just a few weeks, so think about trying out a look at DragCon.

About RuPaul:  Andre Charles is an American drag queen, actor, model, singer, songwriter, and television personality. Since 2009, he has produced and hosted the reality competition series RuPaul’s Drag Race, for which he has received three Prime time Emmy Awards, in 2016, 2017, and 2018. 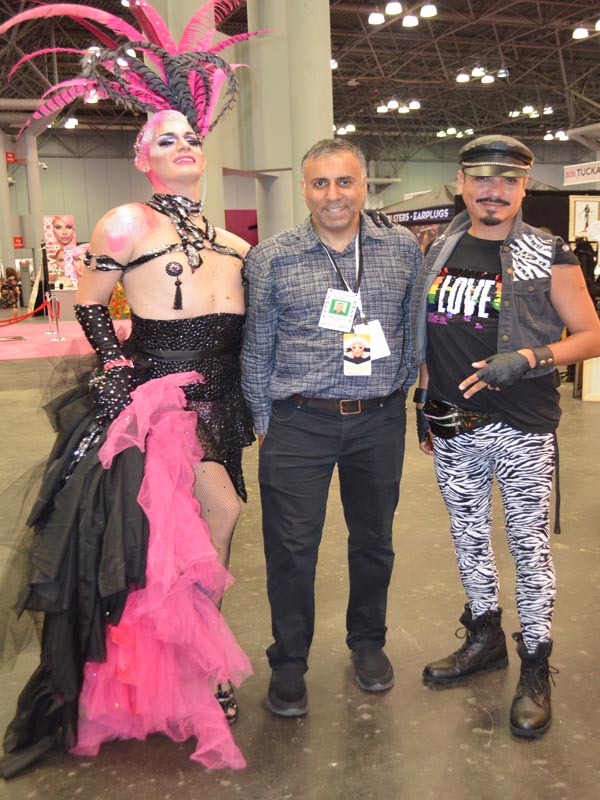 Dr Abbey with Guests in attendance 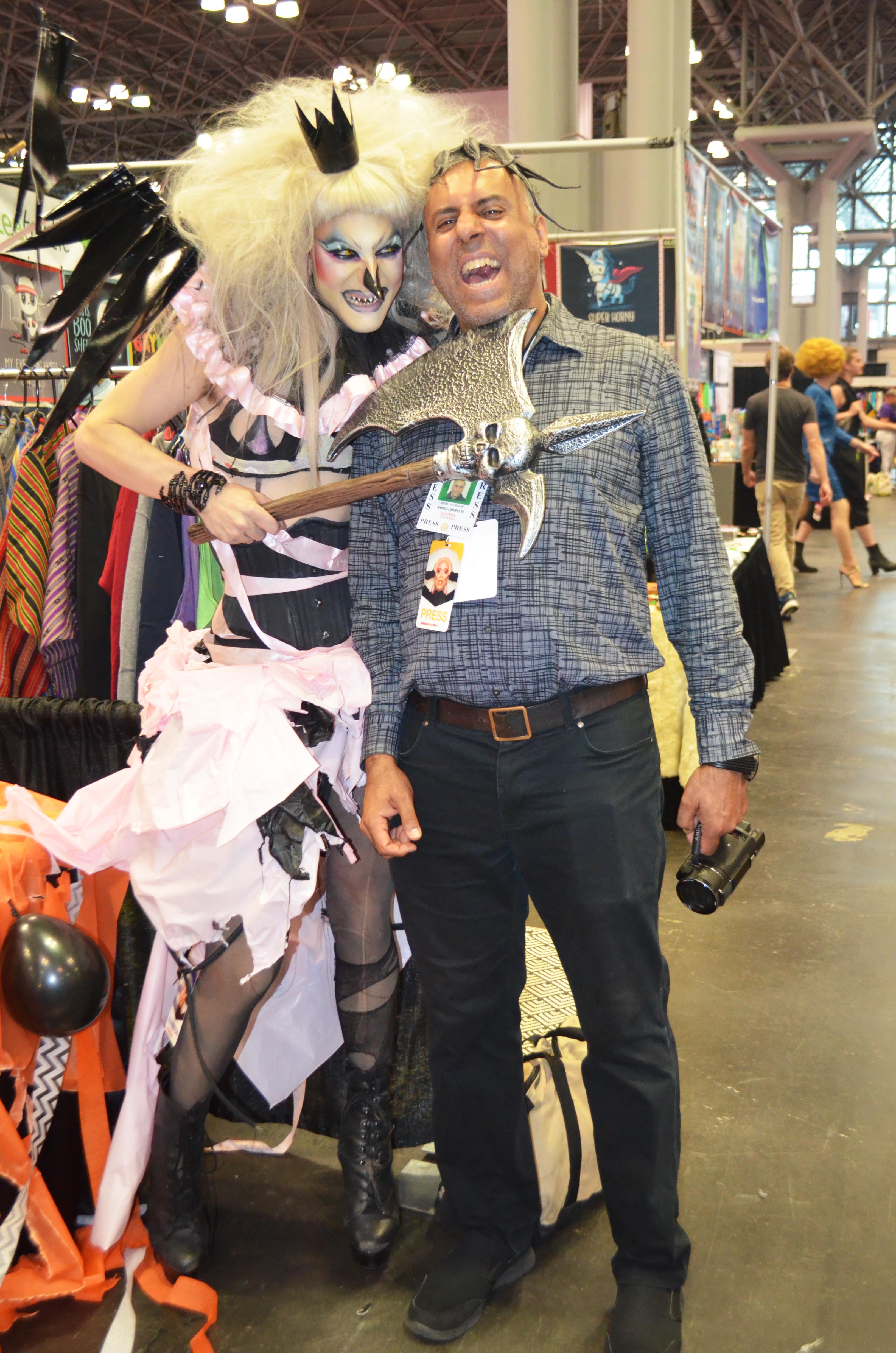 A Journey with Katie Couric” (National Geographic); award-winning films and documentaries including “Mapplethorpe: Look at the Pictures,” “Menendez: Blood Brothers,” “Inside Deep Throat,” “The Eyes of Tammy Faye,” “I Am Britney Jean,” “In Vogue: The Editor’s Eye,” “Carrie Fisher’s Wishful Drinking,” “Monica in Black and White,” Emmy-winning “The Last Beekeeper,” and Emmy-winning “Out of Iraq.” 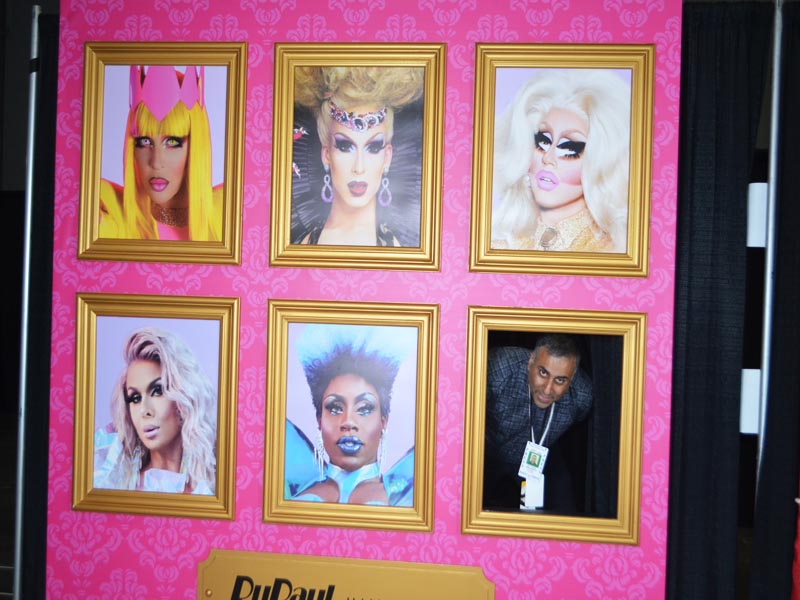 Seven of WOW’s films have premiered at the Sundance Film festival including “Becoming Chaz” and “Party Monster.” World of Wonder has also created a substantial digital footprint with its YouTube channel WOWPresents (1M+ subs), SVOD digital platform WOW Presents Plus, along with an award-winning blog, The WOW Report. 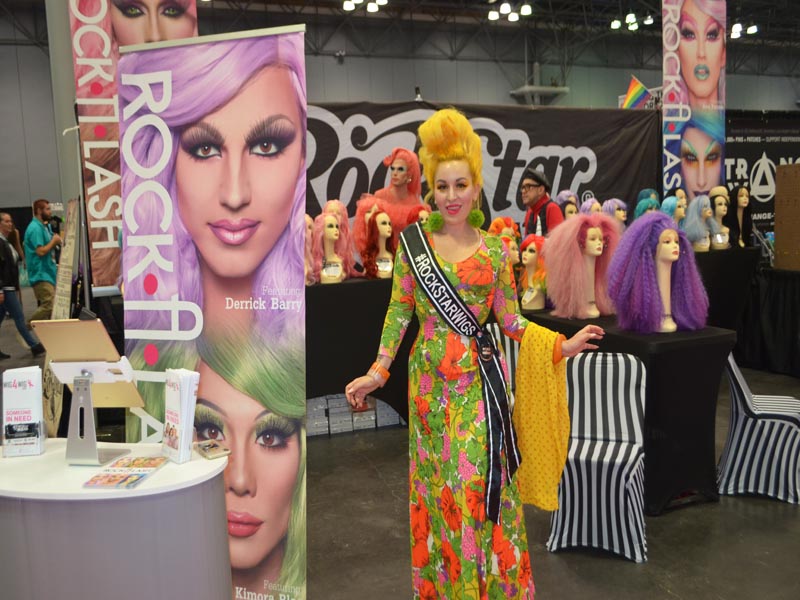 World of Wonder’s bi-annual RuPaul’s DragCon is the world’s largest drag culture convention, welcoming 100,000 attendees across LA and NYC in 2018. Co-founders Randy Barbato and Fenton Bailey authored The World According to Wonder, celebrating decades of production, which can be found online Randy and Fenton were honored with the IDA Pioneer Award in December 2014, celebrating exceptional achievement, leadership, and vision in the nonfiction and documentary community, named to Variety’s Reality Leaders List in 2017, and chosen for the OUT100 list in 2018 for their trailblazing work in the LGBTQ+ community. 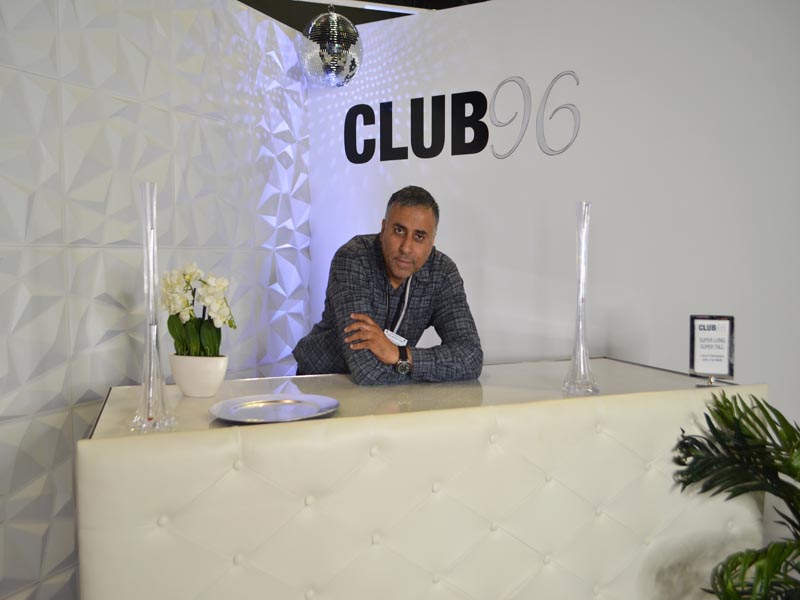 World of Wonder was also selected for Real screen’s 2018 Global 100 list, which recognizes the top international non-fiction and unscripted production companies working in the industry today. World of Wonder creates out of a historic building/gallery space in the heart of Hollywood. 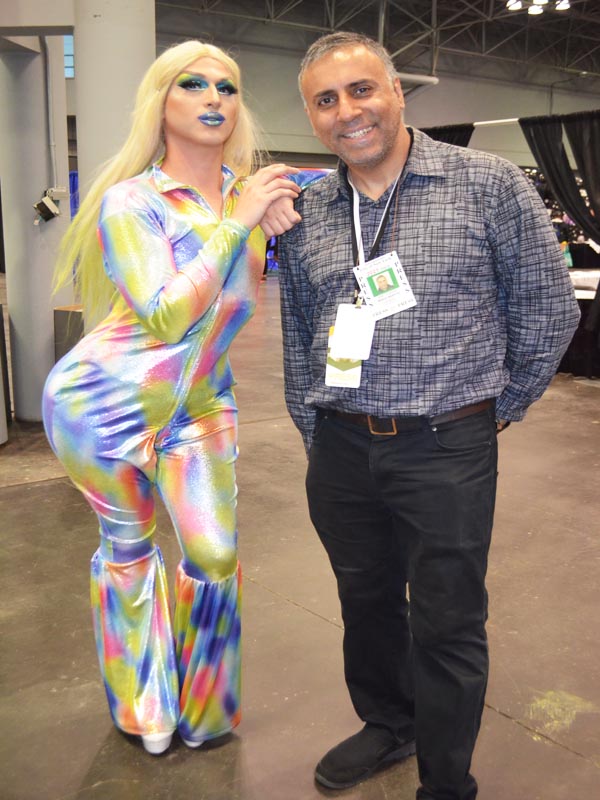