Dance Media Foundation, in conjunction with Dance Magazine, announced today the honorees for their 62nd annual Dance Magazine Awards 2019. The esteemed event will take place in NYC on December 9th, 2019, from 8:00 pm to 11:30 pm at the Ailey Citigroup Theater, located at 405 West 55th Street. Tickets are now on sale starting at $75 for general admission and go up to $1,000 for the Visionary ticket, which provides access to an unforgettable evening filled with a deluxe champagne pre-party at 7 pm, choice of seating, after-party access, photo opportunities with awardees and more. 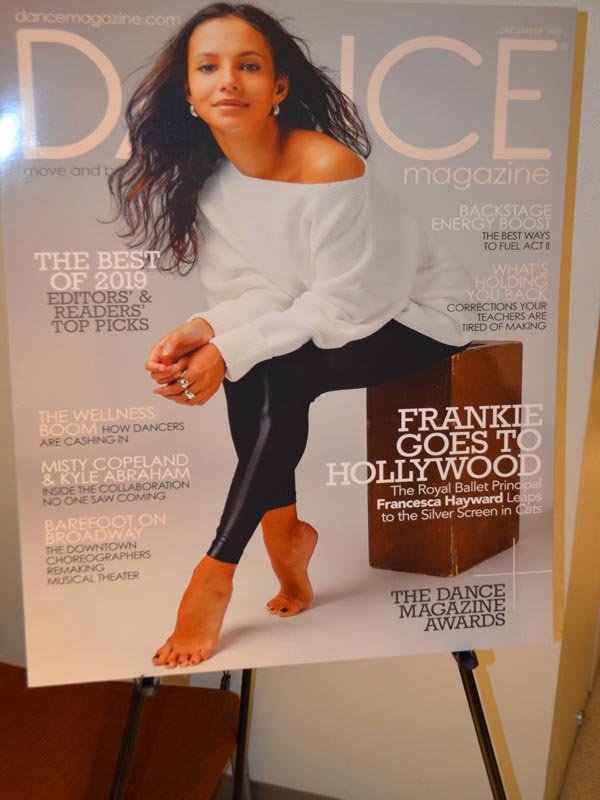 A tradition dating back to 1954, the Dance Magazine Awards have long celebrated living legends who’ve made a lasting impact on dance.

These days, they go even further with a recently added Chairman’s Award for distinctive leaders behind the scenes and the Harkness Promise Awards, a grant for innovative young choreographers that is funded by net proceeds from the Dance Magazine Awards ceremony. Sponsors for the event include American Express and First National Republic Bank. 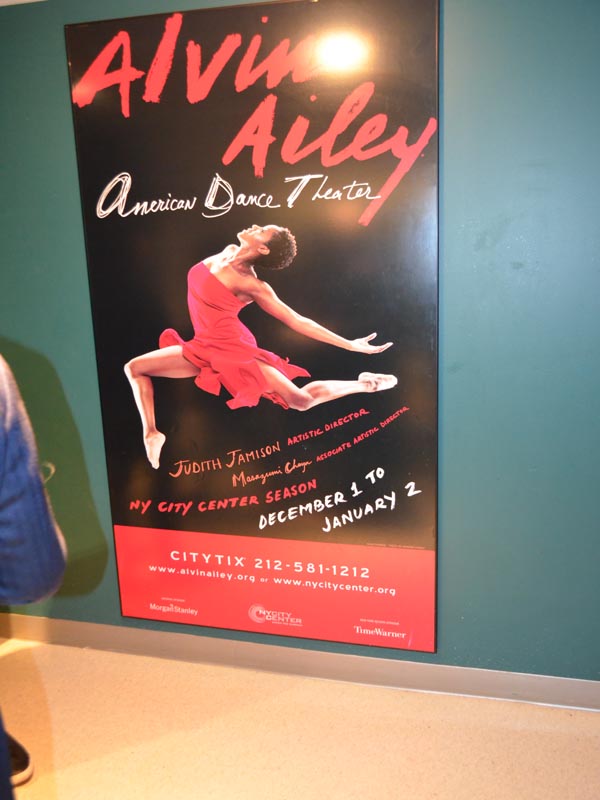 The Following were honored: AWARDEE: MASAZUMI CHAYA, PRESENTED BY JUDITH JAMISON Performances by Alvin Ailey American Dance Theater featuring Jacqueline Green and Jamar Roberts If Alvin Ailey American Dance Theater has had a behind-the-scenes secret sauce for the past two and a half decades, it’s Masazumi Chaya. He began dancing with the company in 1972, directly under Alvin Ailey himself, and was appointed associate artistic director by Judith Jamison in 1991. In this role, he’s served as an invaluable connection to the past and an exceptional resource for the dancers and artistic team alike. Feeling that it’s time to pass along the baton, he recently announced he will be stepping down in January, handing his current role to longtime dancer Matthew Rushing. 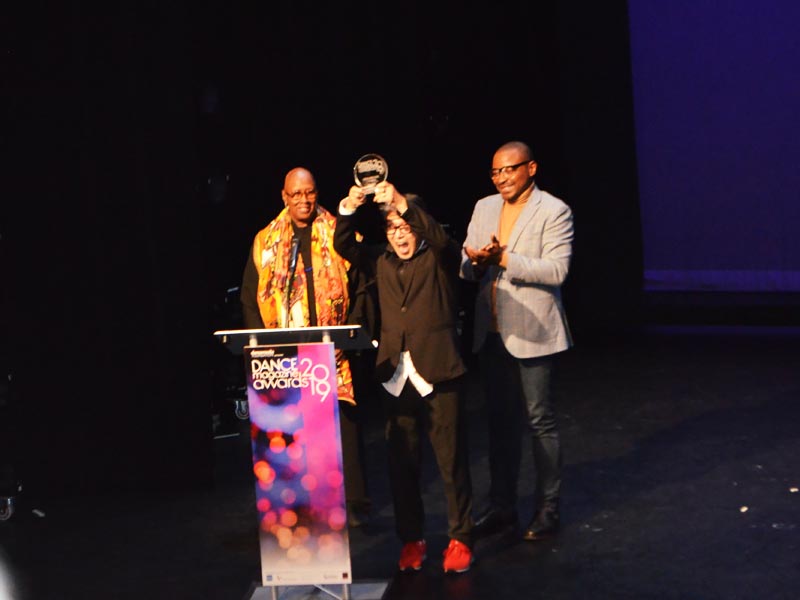 AWARDEE: ANGEL CORELLA PRESENTED BY MICHAEL KAISER Performance by Albert Gordon, When Angel Corella took over as artistic director of Pennsylvania Ballet in 2014, the company underwent a sea change. And while some in the ballet world were shocked by Corella’s vision to reinvigorate and redirect the company, longtime fans of his career shouldn’t have expected anything less. He was one of American Ballet Theatre’s youngest principal dancers—receiving the promotion at age 20, after only one year with the company—and still reigns as one of the most dynamic in its history. Throughout his 17-year ABT career, his high-voltage energy seemed to be fueled by the purest of passions. He brought magnanimous style and joy to every role: While his career may be remembered best for classical leads like Basilio and Romeo, his impeccable technique and effusive personality also inspired the creation of new works from choreographers such as John Neumeier and Stanton Welch. In the last five years, he has brought his bottomless energy to Philadelphia, reigniting the company’s repertoire. While Balanchine will always have a place in any given season, Corella has taken pains to modernize the company’s programs, adding works by Trisha Brown, Wayne McGregor, Christopher Wheeldon and Andrea Miller, and investing in reworked full-lengths. 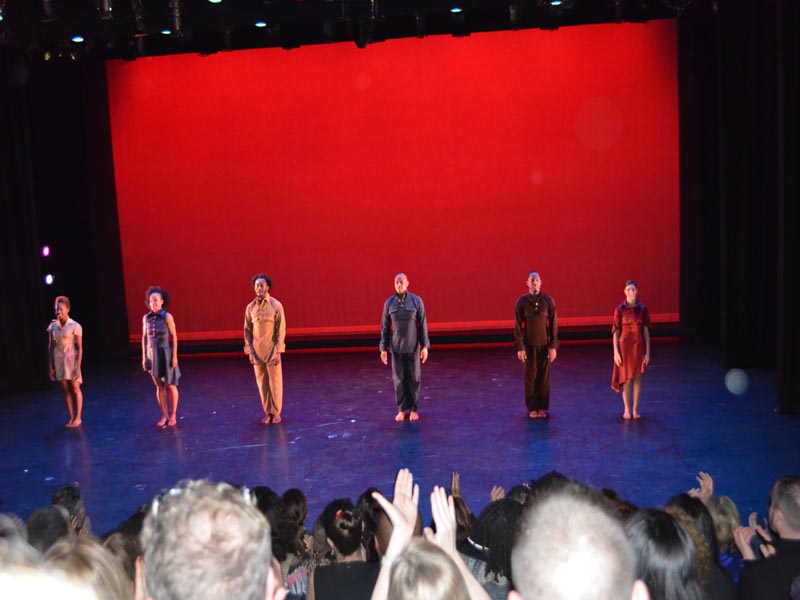 AWARDEES: DAVID GORDON AND VALDA SETTERFIELD PRESENTED BY EIKO AND KOMA,Performance by Wally Cardona and Karen Graham, How to frame two lifetimes of work as broad and vibrant as that of choreographer David Gordon and performer Valda Setterfield? When onstage together, an invisible tether connects them, whether they’re kibitzing, chiding, flirting or embracing a sense of melancholy. A British postmodern dancer and actress, noted for her work as a soloist with the Merce Cunningham Dance Company and for her performances in works by her husband, postmodern choreographer and director David Gordon. Muse and spouse to Gordon, Setterfield is a versatile, spellbinding dancer and actor, often described as coolly regal in contrast to Gordon’s earthy, shaggy-haired foil. Setterfield met Gordon while dancing with James Waring in the late 1950s. From the mid-’60s to the ’70s she was a distinctive presence in the Merce Cunningham Dance Company, and later appeared in films like Woody Allen’s Mighty Aphrodite. 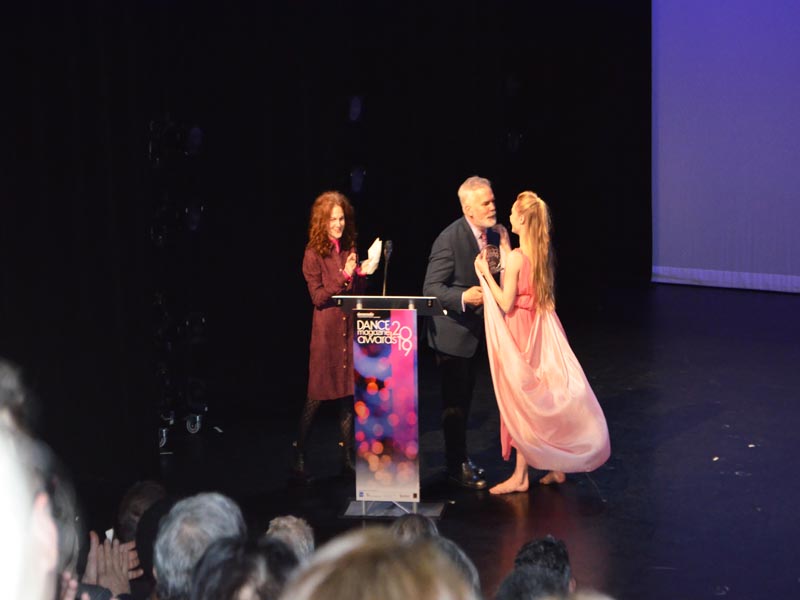 AWARDEE: SARA MEARNS PRESENTED BY MARC HAPPEL AND JODI MELNICK, Performance by Sara Mearns, Ever since Sara Mearns performed her first Odette/Odile at age 19, it was clear she was destined to become one of New York City Ballet’s stars. Renowned for her monumental attack and powerful risk-taking on stage, she has stretched the limits of movement in classic Balanchine and Robbins works, and become a high-velocity muse to choreographers like Justin Peck and Alexei Ratmansky. She’s also expanded beyond the ballet world: She’s taken on classic modern techniques like Cunningham and Duncan; created new work with everyone from downtown dancemaker Jodi Melnick to hip-hop duo Wang Ramirez, and tried her hand at musical theater with a starring role in I Married an Angel, choreographed by her husband, Joshua Bergasse. 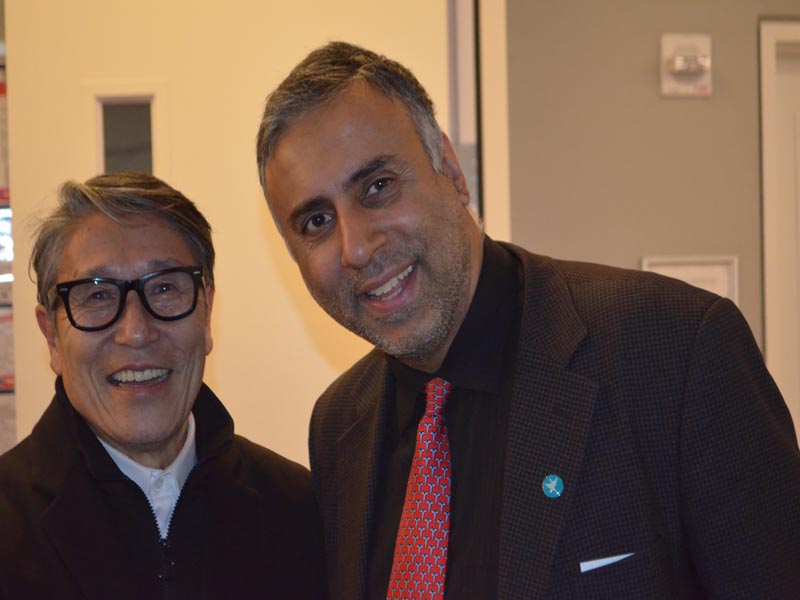 Chairman’s Award AWARDEE: LINDA SHELTON, PRESENTED BY CHRISTOPHER WHEELDON, Performances by Osnel Delgado Wambrug and Daileidys Carrazana Gonzalez. In an industry that has been clamoring for more female leadership, Linda Shelton, executive director of New York City’s The Joyce Theater Foundation since 1993, has been setting an example for decades.

As a former general manager of The Joffrey Ballet, U.S. tour manager for the Bolshoi Ballet, National Endowment for the Arts panelist, Dance/NYC board member and Benois de la Danse judge, as well as a current Dance/USA board member, Shelton has served as a global leader in dance. In her tenure at The Joyce, she has not only increased the venue’s commissioned programming, but also started presenting beyond The Joyce’s walls in locations such as Lincoln Center. 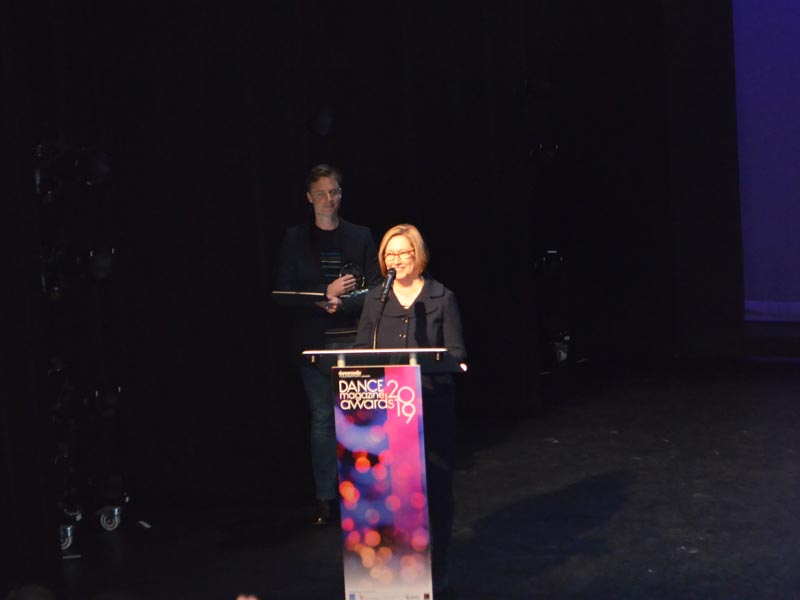 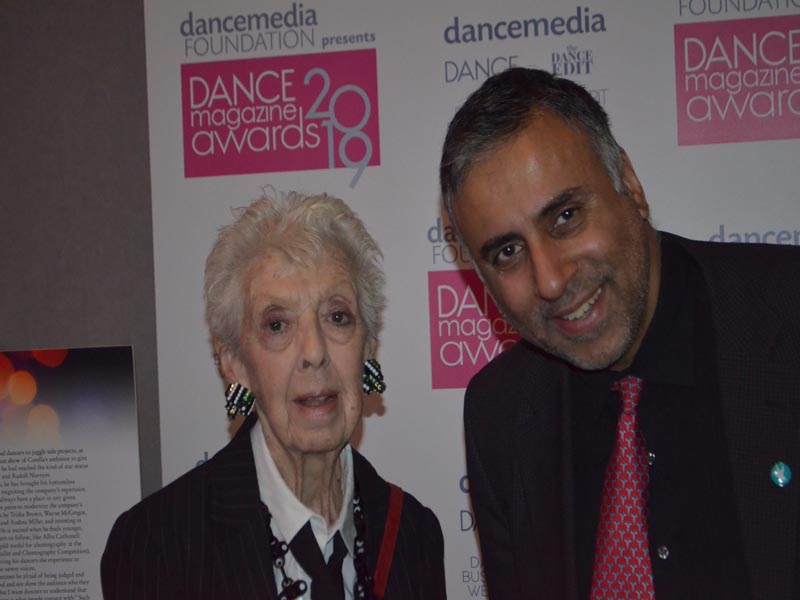 The award-winning documentary Bobbi Jene captured the trajectory of her departure from a longtime association with Ohad Naharin’s Batsheva Dance Company to create her own work. An alumna of the Juilliard School, University of North Carolina School of the Arts and the Royal Winnipeg Ballet School, she has also performed in and choreographed for feature films like Annihilation, Ma, Mari and Yossi. Smith is a dedicated teacher of Gaga and Naharin’s repertory at the Juilliard School, New York University, University of the Arts and schools abroad. 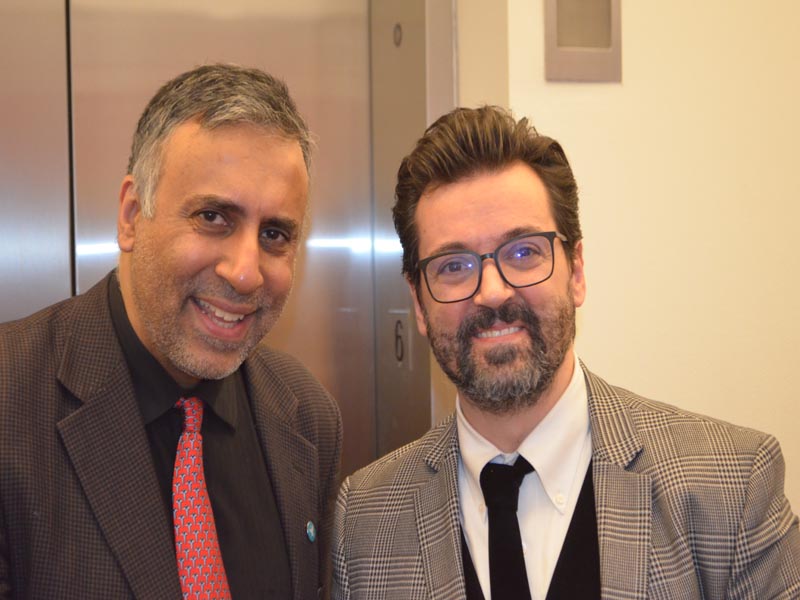 Caleb Teicher has a knack for taking historically American dance styles like tap, Lindy hop and vernacular jazz in intriguingly 21st-century directions: He blurs traditional gender boundaries, experiments with narrative and rhythm, and takes on unexpected collaborations—all while never losing his signature sense of unaffected charm. Teicher began his career with Dorrance Dance, and founded Caleb Teicher & Company in 2015. The Joyce Theater, New York City Center, Works & Process at The Guggenheim and The Kennedy Center have presented his distinctive choreography, known for its inventive, humorous flair. 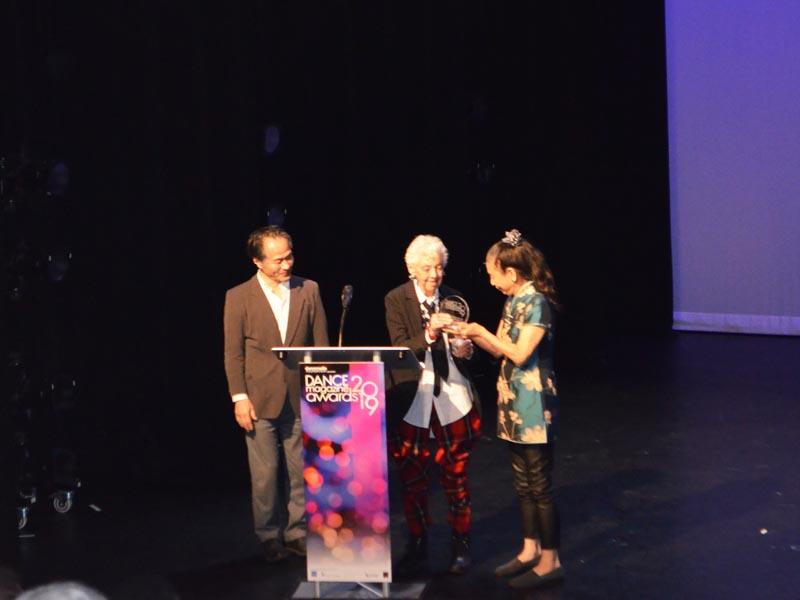 ABOUT DANCE MAGAZINE:  Dance Magazine was first published in June 1927 under the name The American Dancer. Produced by a Hollywood-based team of editors under the leadership of Ruth Eleanor Howard, it cost a quarter and was dedicated to readers who “love the dance.

” In the 1920s and 30s, the magazine offered monthly news of the changing dance world in Europe and America. Today, under editor Jennifer Stahl, the magazine reaches dance students, dance professionals and dance lovers around with world with its monthly print edition and its website. 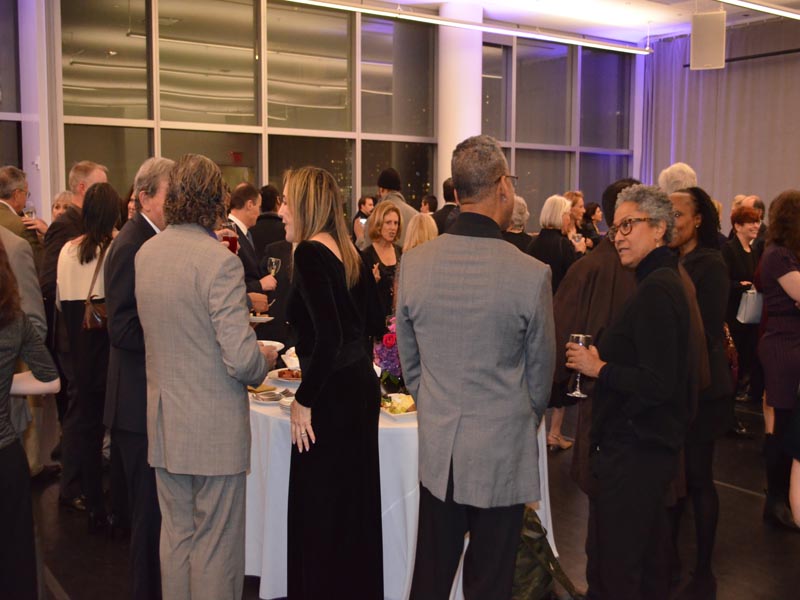 Written by accomplished journalists and active dancers, Dance Magazine tells the stories behind the most exciting dance artists working today and keeps readers up to date with news on the buzziest projects in the field. Dance Magazine is owned by Dance Media, which also publishes Dance Spirit, Pointe, Dance Teacher, The Dance Edit and Dance Business Weekly.

ABOUT THE HARKNESS FOUNDATION FOR DANCE: The Harkness Foundation for Dance is a private grant-making foundation dedicated to invigorating and supporting the dance art-form, predominantly in New York City. Since 1959, the Harkness name has been synonymous with dance philanthropy. 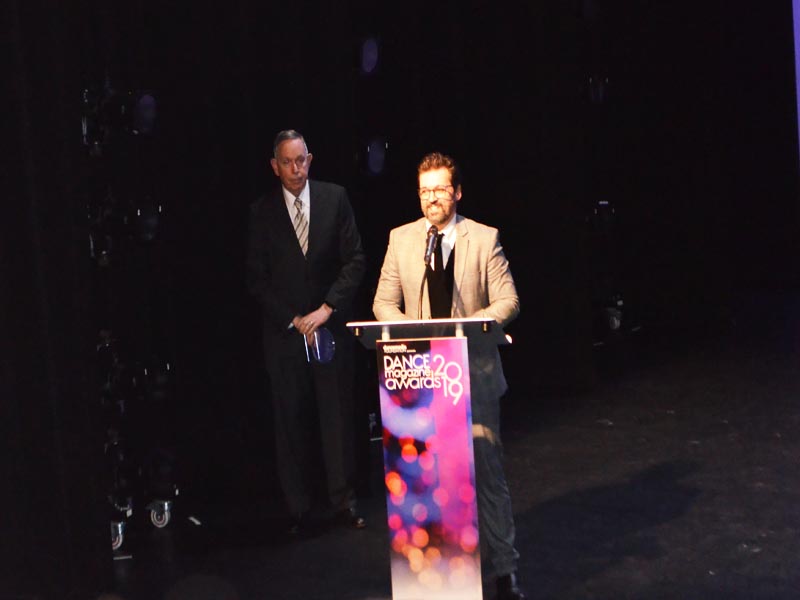 The Foundation carries forward the lifelong dedication to the dance art form of the great American dance patron Rebekah Harkness. Over many decades, this support has taken the form of funding, rehearsal and theater space, technical assistance, and guidance—an unrivaled legacy that has touched countless dance artists and companies in all dance styles and genres.

With a broad focus that spans dance creation, presentation, education, medicine and other vital services to the dance field, from 1986 to the present the Harkness Foundation has contributed over $30 million to more than 590 organizations across the industry.