The Bronx Brewery has announced its third location will be at The Shops & Restaurants at Hudson Yards, 20 Hudson Yards, Level Two. The innovative small craft brewery — dedicated to community, creativity, and inclusivity — opens its doors today, November 18. Damian Brown, president and co-founder of The Bronx Brewery made the announcement. The new 1400 square-foot space is only the third operating brewery in Manhattan. The Bronx Brewery is a subsidiary of Tenth Avenue Holdings, LLC (TAH). TAH is a privately held, diversified holding company that operates and invests in founder-led businesses. 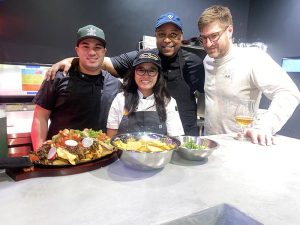 Damian With his chef and cooking staff

“Hudson Yards is a tremendous opportunity for us to get our brand in front of an entirely new community of New Yorkers as well as international travelers and shoppers,” said Brown. “It’s a way to use our beer, physical location, events, and partnerships to introduce the Hudson Yards visitor to the dynamic culture, food, music, and creative community of the South Bronx.”

The Bronx Brewery Hudson Yards location will be brewing onsite with a one-barrel pilot brew system, offering limited-release craft brews every few weeks that will only be available at that location. It will join the South Bronx and East Village locations to offer exclusive craft brew collaborations with local partners on a regular basis. Collaborations through its limited-release Y-Series beers will highlight a wide range of Bronx-based creatives and support community organizations in the South Bronx.

There will also be partnerships with fellow Hudson Yards culinary, apparel, and lifestyle retailers, and partners in the Bronx will participate in merchandise activations most weekends. Those will include onsite print gun customizations of Bronx Brewery streetwear and apparel and custom screen-printing events to create a unique brand shopping experience. 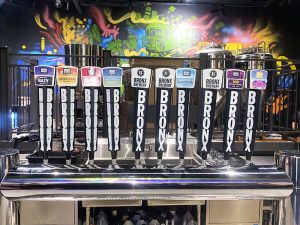 “What drew us to become a majority partner in The Bronx Brewery was Damian’s deep knowledge of craft brewing and vision for the brand. We are aligned in our belief in the power of beer to build community and commitment to bringing people together while celebrating the rich and diverse cultural scene that is the South Bronx,” said Joel Citron, co-founder, and co-CEO of TAH. “Since opening the first craft brewery in the Bronx in 2011 and first manufacturing facility in Manhattan at its East Village location in 2022, we have been looking for the right opportunity to help The Bronx Brewery grow its presence in New York City.”

The Bronx Brewery at Hudson Yards aesthetic incorporates photography, murals and graffiti from Bronx-based artists Andre Trenier and Francis Montoya. It is an elevated take on the industrial- and street art– forward look of its East Village location, which was designed by HapstakDemetriou+ from Washington, DC and Concept Design Group from New York City. There will be a beer garden called The Stoop on The Shop’s concourse featuring vintage Octoberfest tables from Munich, character-worn planters, and light posts. 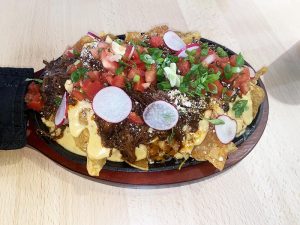 “We’re thrilled to welcome The Bronx Brewery to The Shops & Restaurants at Hudson Yards with this vibrant location that offers specialty craft beers brewed on-site exclusively for the neighborhood,” said Stephanie Fink, senior vice president at Hudson Yards. “The Bronx Brewery makes an incredible addition to our robust food & beverage offerings and brings in a fresh, new location that’s perfect for comfort dining and drinking.”

The Food: Bronx Street Style Comfort Menu:“We are offering a relaxed, bar-focused environment, with an approachable menu for local residents, office workers, commuters, and visitors,” explained Brown. “As office and residential density climbs in Hudson Yards, we’re creating a casual spot to share drinks and an elevated but comfortable food menu with co-workers, clients, and friends. We want to be the guilty pleasure and escapism location amongst the elite boardrooms and luxury retailers.” 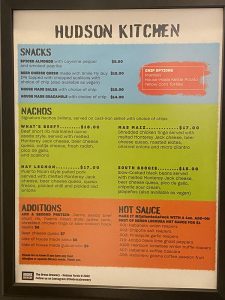 Menu of the Bronx Brewery 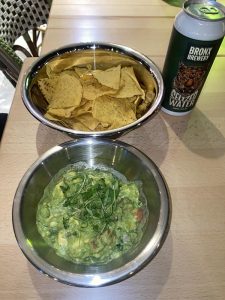 Community. Creativity. Inclusivity:“Revolving around the pillars of community, creativity, and inclusivity, our goal each day is to create a diverse, vibrant culture that uses beer, art, food, and music to inspire, unite and drive positive change in our world,” added Brown. “The Bronx Brewery has supported, worked with, or collaborated with over 75 community and philanthropic organizations. Every month, our Y-Series beer releases provide a platform for financial support and awareness to community organizations and initiatives that are meaningful to the artists and creatives we collaborate with on the recipe and label artwork.  Also, through our BeerKulture – Bronx Brewery Production Internship program, which we launched in March 2021, we look to provide populations historically under-represented in craft beer with the foundation of scientific and practical knowledge and networking needed to launch careers in this field and implement change both inside and outside of our own company.” 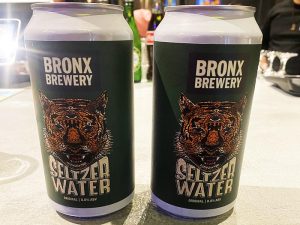 Understanding the value of internship programs and focusing on staff development is not new to The Bronx Brewery. The company’s Lead Brewer, Manuel Salvatori, for example, began his brewing career as an intern at The Bronx Brewery. He was promoted to Lead Brewer after rising through the ranks as a packaging operator and shift brewer following his internship. He oversees a diverse team of brewers, recipe development, and collaborations with partners. Contrasting sharply with most of the industry, a sizable majority of the production team and company are women and people of color.

We attended the grand opening, it was well attended by many guests, media and a good amount of Japanese Animation guests attending the Expo at New York Javits, center, enjoying the food and craft beers . 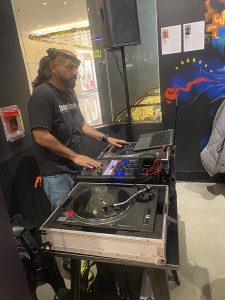 I tried the Guacamole, with Plantain Chips, it was freshly made and tasted so fresh, it was absolutely the best I have tasted in the last 3 years. I will just go back for that. My Colleague tried the Beef Short Rib, dish which he enjoyed immensely, and raved about it. We each drank a seltzer as we are both non-drinkers. We asked a few people in the audience about the Craft beers, they told us they liked the taste and freshness, they would give it an above average grade.

The Place should do well, good food, drinks also live DJ Music, and there is TV Screens, if you are a sports person you can sit back and enjoy the whole experience. The Prices for food and drink are very economically priced for a place like Hudson yards. If you are in the area, next time. Stop by to have an experience, tell them you heard about it in the World Liberty TV, Food and Wine Review, Channels. 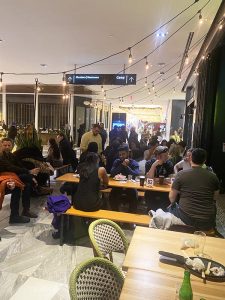 About The Bronx Brewery:The Bronx Brewery believes in beer’s power to build community. We’re committed to using what we create and where we create it to bring people together, while celebrating the rich and diverse creative scene in our home borough and across New York City. Revolving around the pillars of Community, Creativity and Inclusivity, our goal each day is to create a diverse, vibrant culture that uses beer, art, food and music to inspire, unite and drive positive change in our world. 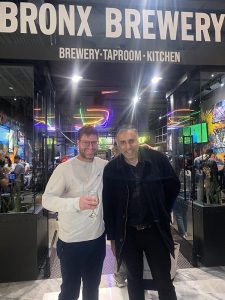 See More about food and wine reviews in our World Liberty TV, Food and Wine Channels and Blogs by Clicking here.